Thank you, with every fibre of my being, for your continued support! I would not have been able to progress this case, alongside my legal team, without your generous donation!

I am challenging an unlawful discriminatory and oppressive campaign that would have me removed as the Green Party of England and Wales Spokesperson for Policing and Domestic Safety. I have done nothing wrong. I have stood by the principles and values of the Party for twenty years; nine years as a national Spokesperson, two of which as Deputy Leader.

Since 2018, I have been subjected to unrelenting abuse, harassment and detriment because I dared to express my gender critical views and seek rational consensus about matters of sex and gender identity. In 2021, I stood as Party Leader on a platform which centred women’s sex-based rights. I said space for respectful debate was needed – and that the intimidation of women, or silencing of their voices, must be tackled.

There are many areas of legitimate concern: around the provision of single-sex spaces in prison or rape crisis centres; safety or fairness in sports with trans competitors; or the dispensing of puberty blockers to children, without sufficient diligence.

Reciting the slogan, "Trans Women are Women", does not tell us much, if anything, about how to navigate these thorny issues; especially, when there can be competing claims for access to or provision of services for those with different protected characteristics. I have exercised my right, as a member, to propose policy to the Party's national conference – on issues from the need for better safeguards in prescribing puberty blockers; to the problems of continued affiliation with Stonewall.

I have survived several earlier attempts to aggressively discipline me through the Party’s complaints processes. I fear that may not be the case on 5th February as this matter goes before the Executive.

The Party is failing in its duty of care towards me, and others, preferring to facilitate and endorse the present hostile environment and conducting itself contrary to the provisions of the Equality Act 2010.

My 2021 Leadership campaign struck a chord with women, many joining or returning to the Party in order to vote for me. Over 50% of electors gave me a positive preference – and 21% their first preference – not because they believed they were voting for a "transphobe", as has been alleged. Nor are those members transphobic who recently voted in a majority gender critical committee to Green Party Women.

I am not “anti-trans” as seems to be the unfortunate suggestion of some. I am a passionate advocate of equality and diversity through and through.

On Saturday, 5 Feb 2022, the Green Party Executive Committee will have before them a recommendation from a newly formed Spokespeople Support and Monitoring Sub-committee that my Spokesperson appointment be suspended. They claim I have broken the Spokespeople code of conduct through my, “decision to champion a highly controversial position in the trans rights debate not compatible with acting as a spokesperson for the party.”

Despite my repeated requests for them to provide me with evidence, these allegations remain unevidenced. To this day, I have not been told what clause I am supposed to have broken; or when, or how. Since Oct 2021, I have been further deprived, inexplicably, of my usual means of seeking support and soliciting advice on external communications. Moreover, the Co-Coordinators for Equality and Diversity have expressed grave concerns over the conduct of the Sub-committee and have decided to withdraw from it:

"It appears that, from its very inception, the Group [Sub-committee] was set up with the primary intention of censuring Shahrar Ali. [. . .] As Equality and Diversity coordinators, our integrity is key; therefore, we cannot continue to validate this process by remaining part of this Group." (29 Jan 2022)

We need a compassionate politics, where it's possible to agree to disagree; and to allow others who want to debate or negotiate their rights to be left free to do so without unreasonable interference or fear of cancellation. There is nothing compassionate in politics about the passive aggressive injunction to, "Just be kind!”; or else.

This case has ramifications for the advocacy of women’s sex-based rights across political parties and charitable organisations.

If the Executive Committee approve and accept the recommendation of the Spokespeople Support and Monitoring Sub-committee to suspend me as Spokesperson for Policing and Domestic Safety, which unfortunately looks likely, it will have continued to conduct itself in breach of the Equality Act 2010. I will need to take urgent steps to seek to vindicate my position through legal action. Gender critical beliefs are protected in law, as clarified by the Maya Forstater case.

£10k, initially, in order to meet the costs of legal advice, including issuing proceedings against the Green Party. Some of these costs have already been incurred.

Every person has their limit of how much abuse, harassment and victimisation they can take; as do I. Vexatious allegations were also directed to my place of work, such are the disproportionate depths to which some of these individuals will stoop. I need your support now. Please be as generous as you can afford.

I will take whatever steps are necessary to defend free speech and combat authoritarian abuse in the body politic. Please, after contributing, do share this page widely. Thank you for supporting me in defending free speech and standing up for women's sex-based rights!

Here are some examples of me speaking out against the new cancel culture:

Thank you, with every fibre of my being, for your continued support! I would not have been able to progress this case, alongside my legal team, without your generous donation!

Yesterday, 18 March 2022, was a key milestone in my case. I lodged my claim against the Green Party for unlawful discrimination, harassment and victimisation for daring to express my gender critical views. 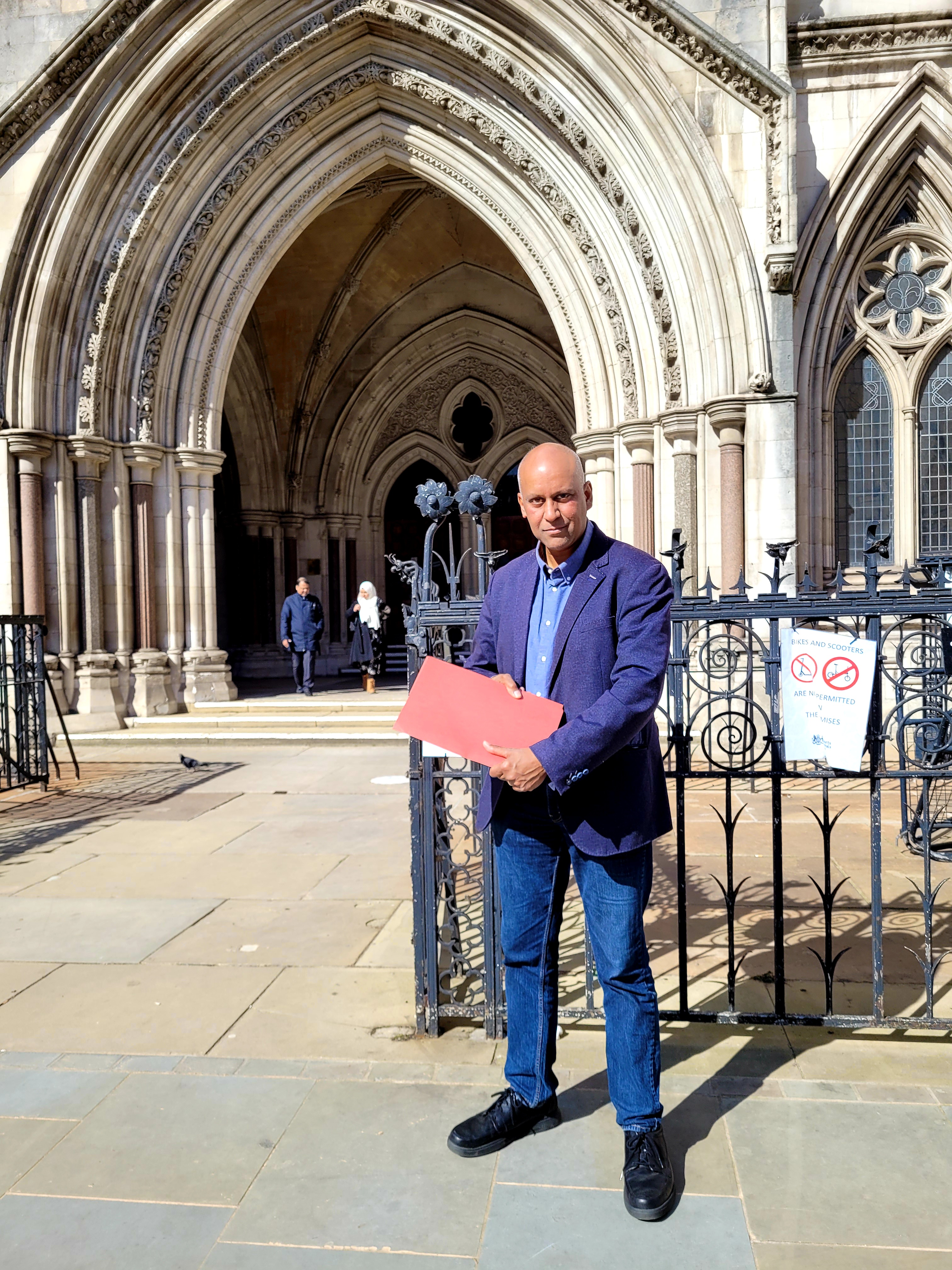 This case is landmark: if successful, we will set down a legal marker that discrimination against members of political parties for holding gender critical protected beliefs will not be tolerated. Call it: Worthy of Respect in a Democratic Party.

I have consistently fought for the equality of all across society and strongly advocate for mature, respectful debate where conflicts in the accommodation of rights may be thought to reasonably exist and require negotiation. It's vitally important for proper functioning of representative democracy that debate can happen where debate is necessary. And, by God, it is necessary!

Lodging the claim has been a costly exercise, as will be taking this case to trial. My legal team has been phenomenal in every way and I can assure you that every pound you may choose to donate will be, or will have been, wisely spent.

You can hear me interviewed live recently by Andrew Doyle on Free Speech Nation on the foundations of my legal case and my determination to combat authoritarian abuse in politics.

Support Shahrar Ali in his fight to combat authoritarian bullying in politics, stronger safeguards for children and for the rights of women! Please donate to his legal battle.

Thank you, from the bottom of my heart, for supporting my case to defend sex-based rights from cancel culture. Your generous donation has already been put to work, enabling my legal team to get on with preparing and progressing the case.

On 5 Feb 2022, as feared, the Green Party Executive committee did remove my Spokesperson role. This was announced by the Party Chair on Twitter.

"And what exactly are his views? Just what is he guilty of? Guilty of defining what a woman is in biological terms; guilty of speaking out against the harassment and abuse faced by JK Rowling, Rosie Duffield, and Kathleen Stock; guilty of arguing that female rape victims should have the right to request to be examined by someone of the same sex; guilty of proposing a party policy that called for better safeguards in prescribing puberty blockers to children; guilty of being concerned about Stonewall’s lobbying practices and the way it has been misrepresenting the Equality Act.

"Those crowing about his removal on social media seem to think that being sued for discrimination will be a good look for the party. I’ve a strong suspicion they’re going to be in for a shock."

We had some excellent coverage in the Telegraph at the weekend. You can read the full story here Green Party spokesman sues after being sacked for transgender views (or click image below). 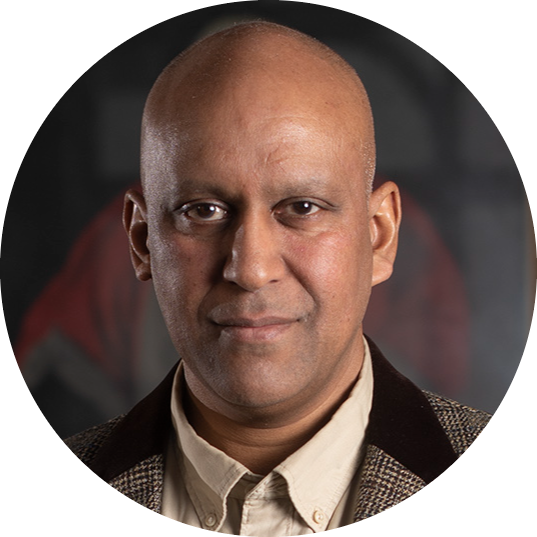 My solicitor, Shazia Khan, a partner at Cole Khan Solicitors, said my suspension was “a targeted act of unlawful victimisation”, and was quoted in the article:

"My client has commenced pre-action protocol in claims of harassment, victimisation and direct discrimination contrary to the Equality Act 2010 against the Green Party of England & Wales,” she told The Telegraph.

“Dr Ali has been subject to a deliberate, coordinated, and strategic targeting because of his gender critical beliefs. He is vocal in support of women’s rights and the use and misuse of language in relation to sex and gender.”

As I write, over 700 people have backed the case and we have raised over £17,000. Thank you so much for your support!

This is a cross-party political and non-party political campaign, to which all are united in our shared concerns about the threat to women's sex-based rights and to child safeguarding, too.

Whilst I don't like to have to ask for money - please know that every extra pound you may wish to put is going towards this necessary legal battle and that I'm in this for the long haul. Please do whatever you can to promote knowledge of my case. Here is a form of words you can share among your networks (or feel free to use your own):

Support Shahrar Ali in his fight to combat authoritarian bullying in politics, stronger safeguards for children and for the rights of women! Please donate to his legal battle here: