Stop the climate and nature wrecking A38 road expansion for good

by Stop the A38 Expansion Group

Stop the climate and nature wrecking A38 road expansion for good

Thank you so much to everyone who helped us reach our initial target of £3,500! 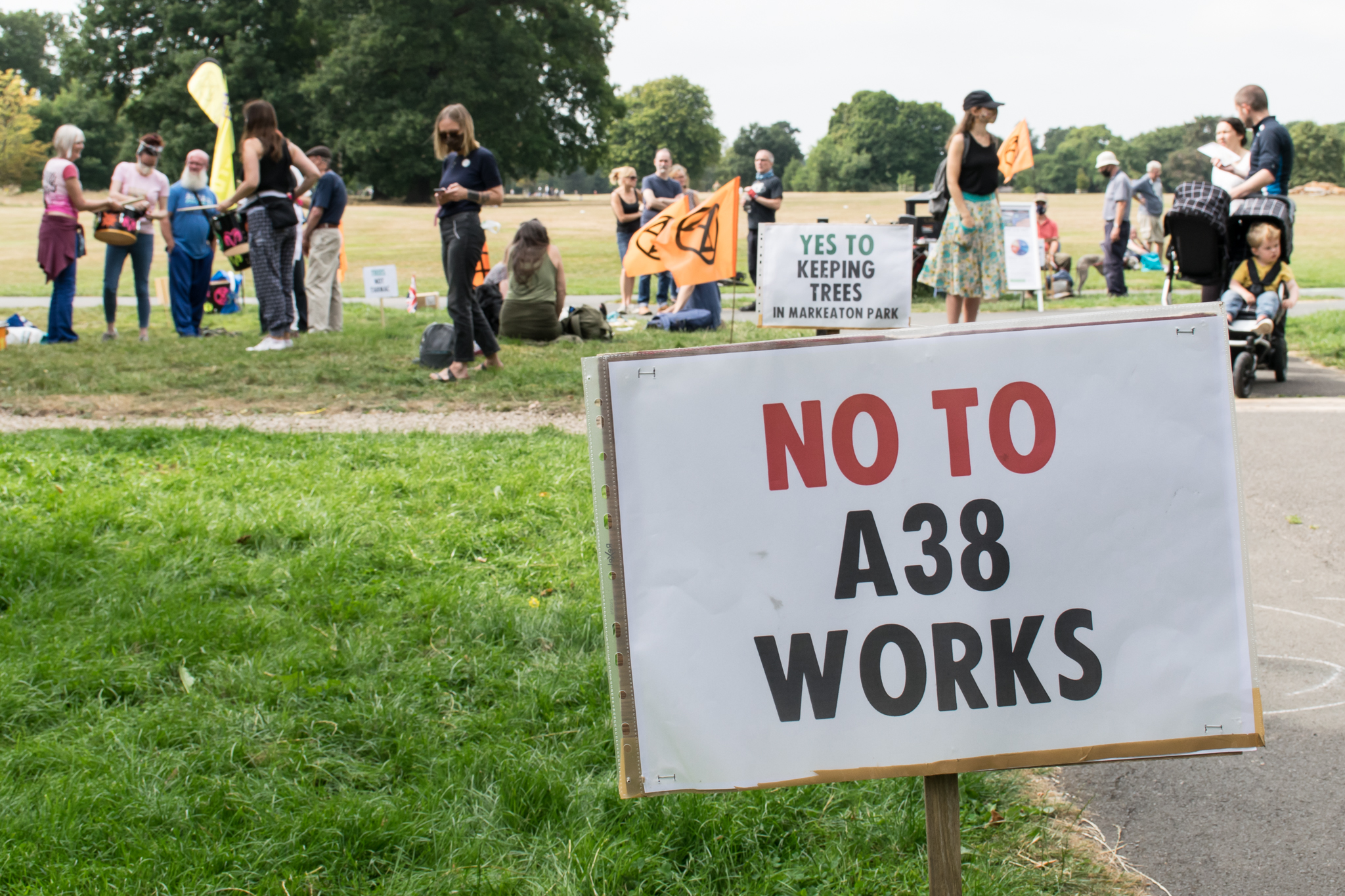 We successfully stopped the A38 road expansion with a Crowd Justice campaign before and we can do it again with your help.

If the A38 development consent order had not been quashed in March 2021, then thousands of trees would now be felled, wildlife habitats would be destroyed and polluting construction work would be underway.

National Highways (formerly Highways England) are still trying to bulldoze through the A38 Derby Junctions road scheme, despite our successful legal challenge in March 2021, when consent for the road expansion was quashed in the High Court on the grounds of climate change.

Transport Minister Grant Shapps admitted he had acted unlawfully when he approved the scheme as he failed to consider the cumulative impacts of the carbon emissions.

However, he has said he will redetermine the application after seeking further information from National Highways and objectors on their plans to expand the A38 between the Kingsway and Little Eaton roundabouts, effectively turning part of it into a motorway by creating six lanes of traffic along with huge concrete underpasses and flyovers.

This is despite knowing that the emissions from the road's construction, the pollution from the resulting increased traffic and the loss of thousands of trees would be disastrous for the global fight against climate change.

We need your help to hire legal experts to submit evidence to stop this scheme being pushed through. 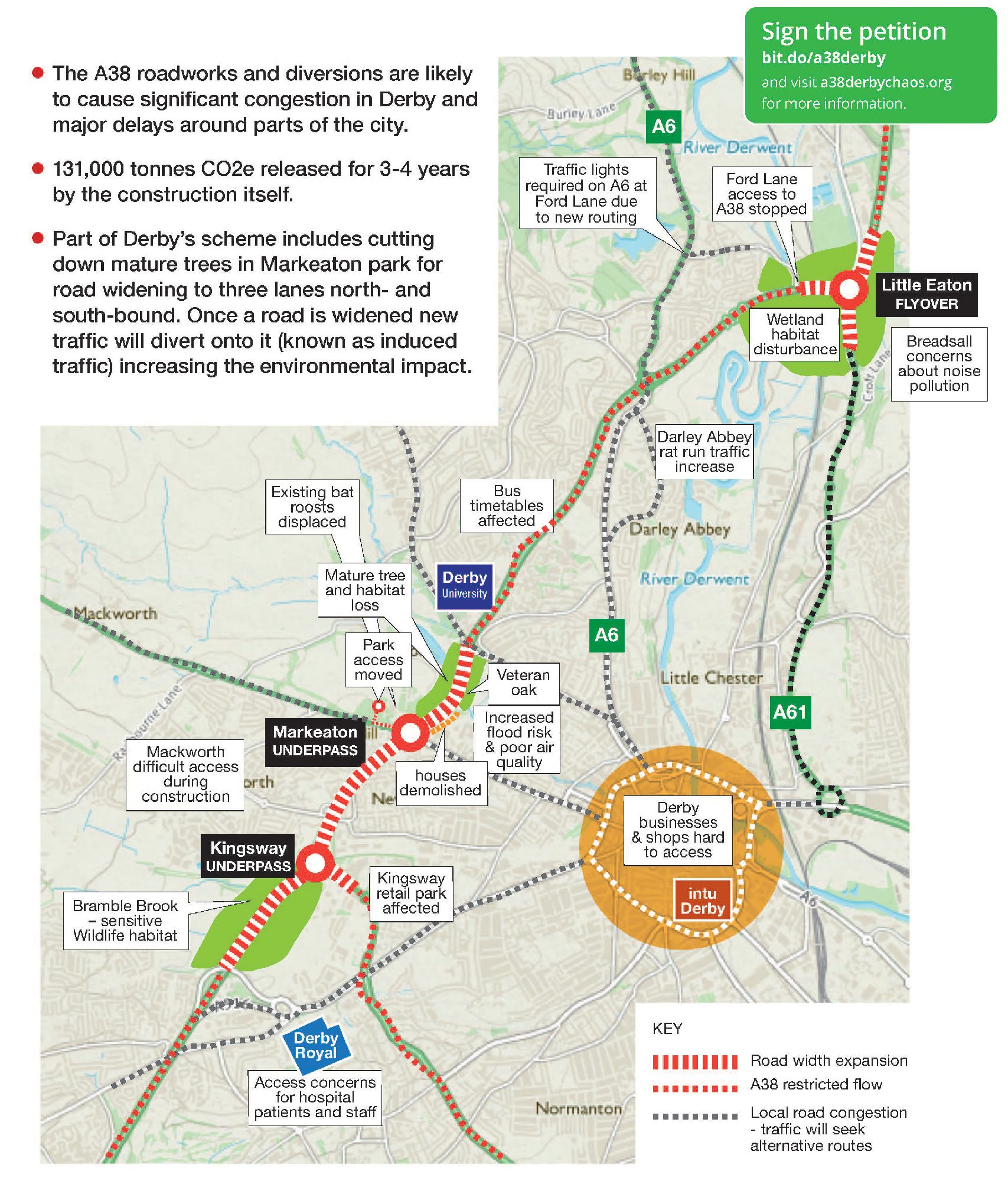 Construction of the new road scheme will involve: 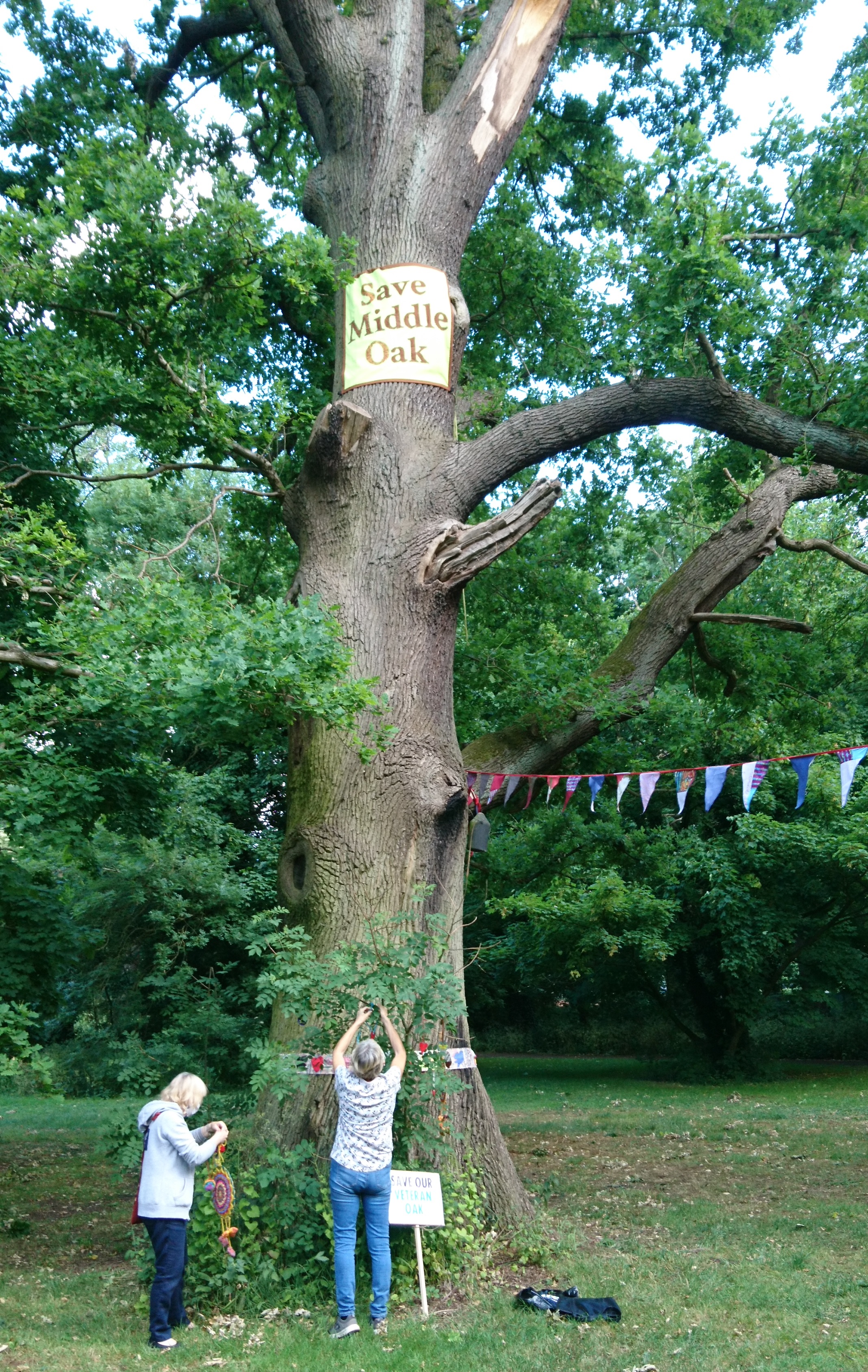 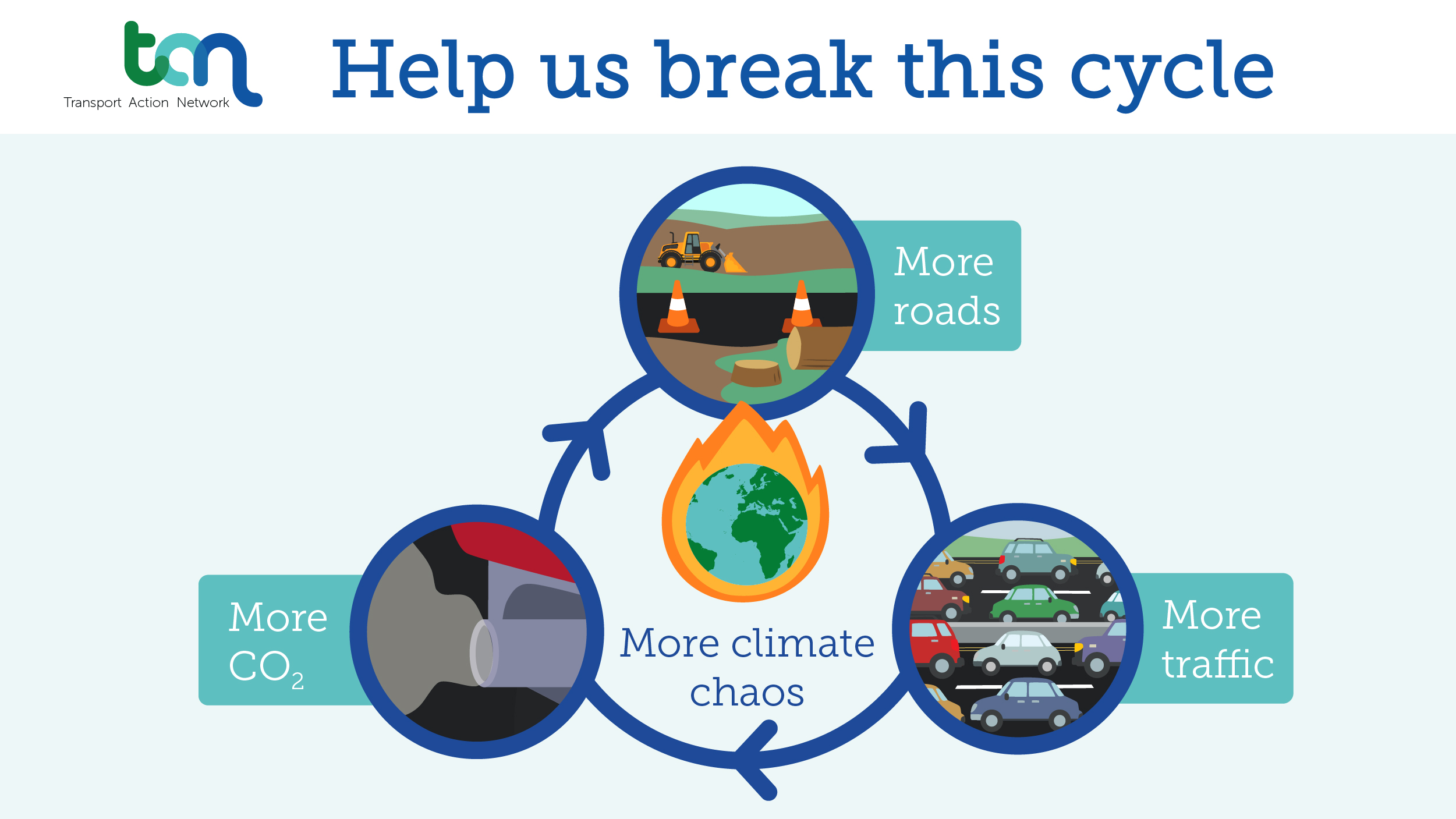 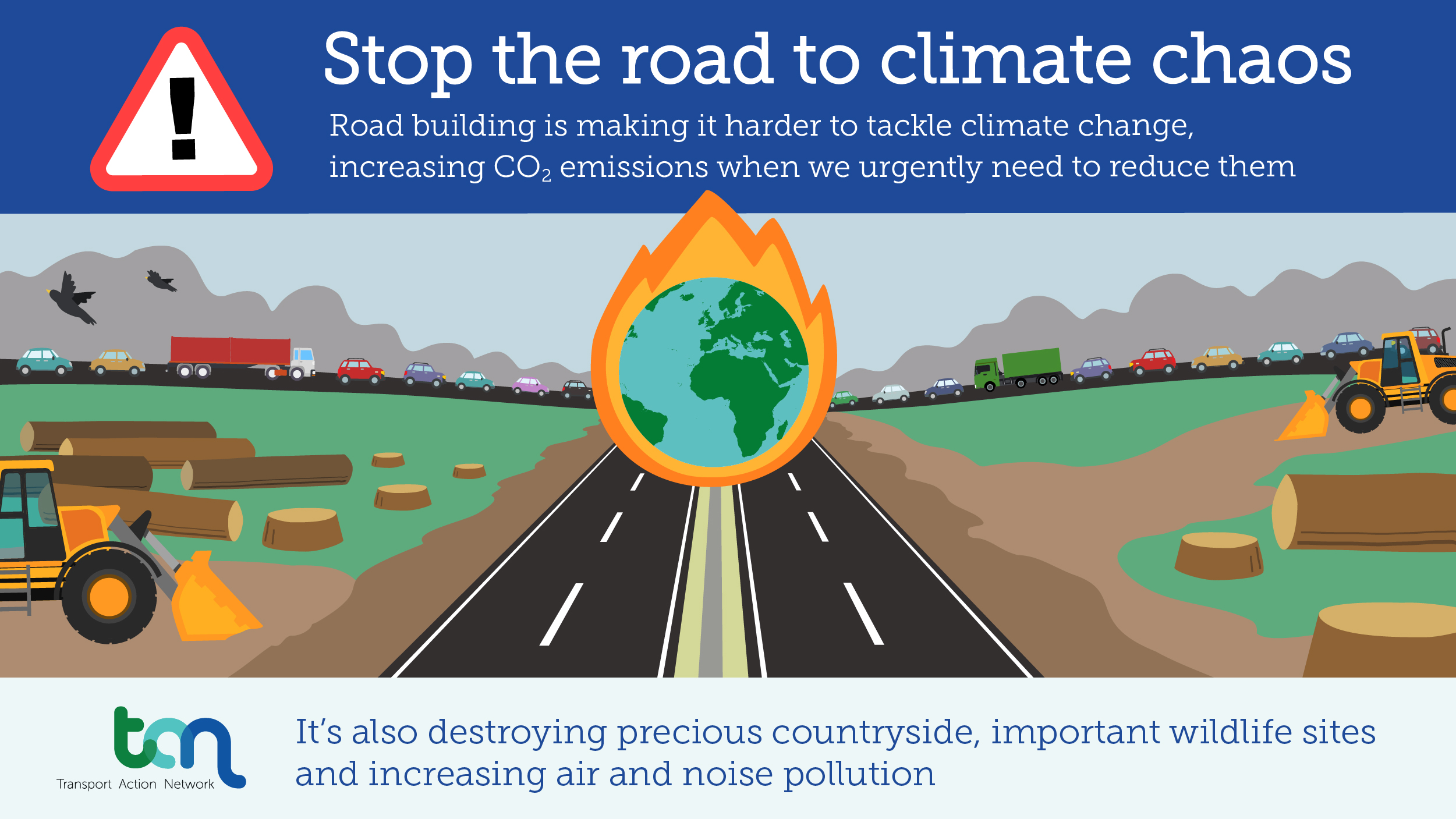 This case is unprecedented and will have implications for other carbon intensive Government schemes...

If we succeed in stopping the A38 road scheme again, it could have far-reaching consequences nationally. That’s because the Government is planning to spend £27 billion over the next five years on building 4,000 miles of new roads around the country (Road Investment Strategy 2 – RIS2). This will increase carbon emissions on the strategic road network by 20 millions of tons at a time when they must reduce buy 167 million tons.

How does the Government get away with approving these damaging schemes? It does it by looking at each new road scheme in isolation, without taking into account the carbon emissions from other planned developments. National Highways is arguing that the tonnes of carbon emitted from the A38 expansion is a tiny proportion of national carbon emissions, and is therefore insignificant, but it’s colossal when added to all the other proposed developments locally and nationally.

It begs the question, do Government ministers not understand carbon budgets and the catastrophic impacts of climate change... or are they wilfully ignoring the climate science and environmental laws for short term economic gains? Either way, they are risking millions of lives and jeopardising the future of human civilisation.

If we are able to prove how detrimental the A38 expansion would be in the global fight against climate change, RIS2 would also be threatened, meaning that it may lead to many other environmentally damaging new roads plans being scrapped. 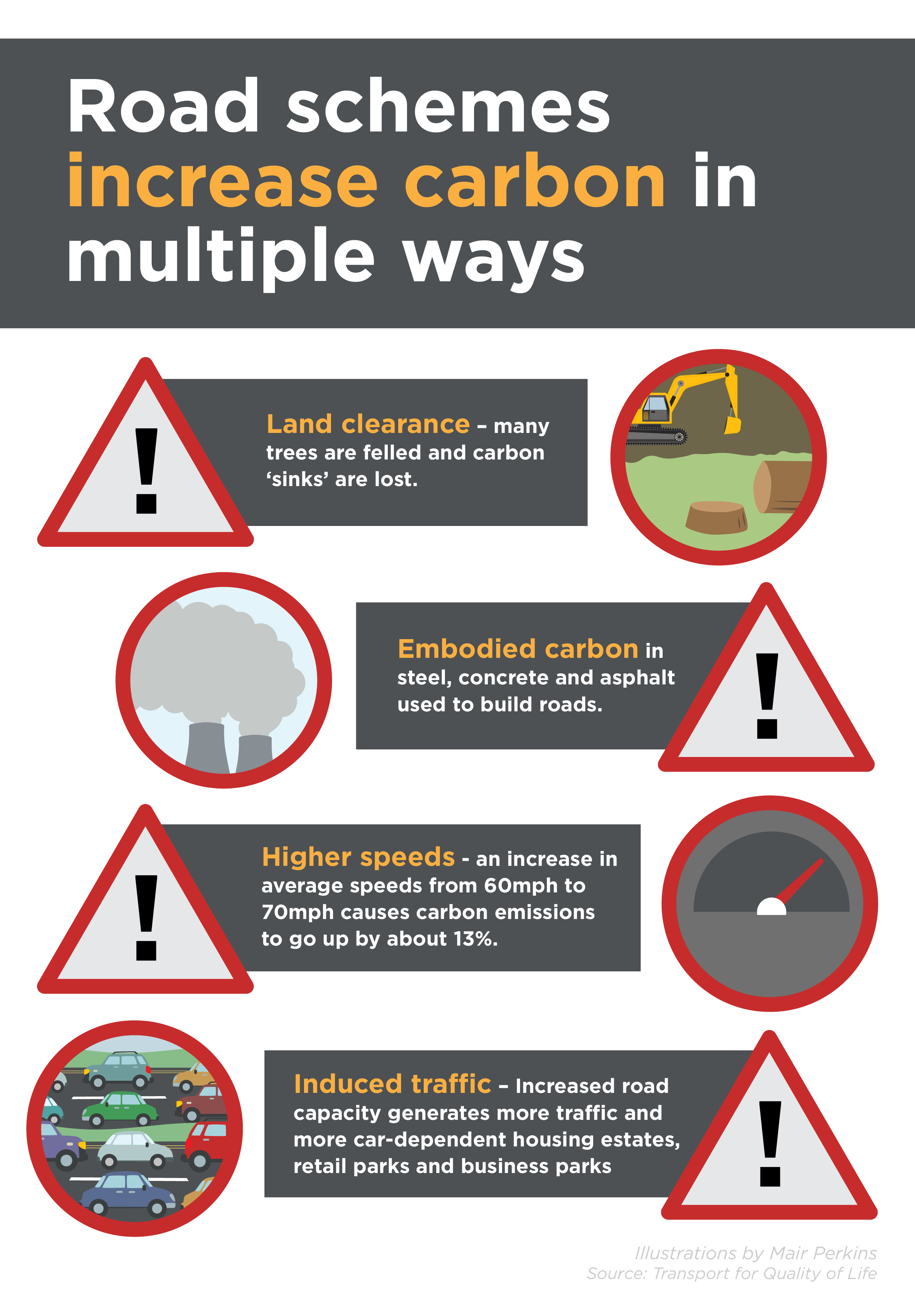 It is totally irresponsible and dangerous when the Government knows that pollution kills and Derby has already been identified as having unsafe levels of pollution at sites in the inner city. Road traffic pollution is a silent killer. It can cause asthma, heart disease, stroke, lung cancer and dementia, among many other health conditions.

Some try to claim the scheme will make air quality safe around the A38. It may lower pollution in some areas if traffic is idling less, but there will still be unsafe levels of air pollution as long as road vehicles are burning fossil fuels and generating particulate matter from tyres and brakes. If you look at the planning documents and compare them to WHO recommended levels of safe air pollution, they will still fail to meet them. 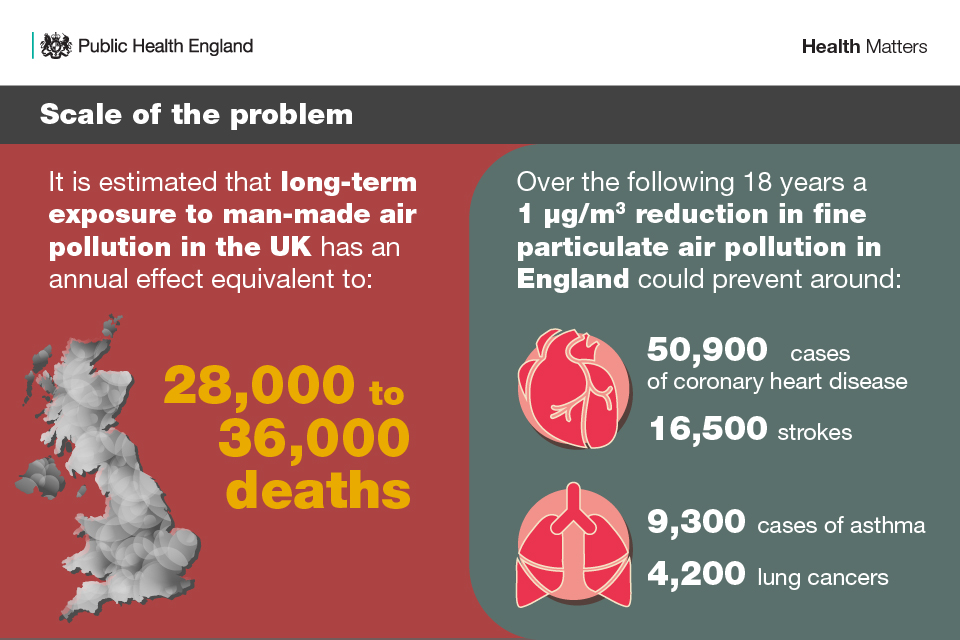 The United Nations has called the latest IPCC (Intergovernmental Panel on Climate Change) report "a code red for humanity", stating that we need immediate action to cut carbon emissions if we are to avert catastrophe, and that "there is no room for excuses".

The naturalist Sir David Attenborough has said climate change is humanity's greatest threat in thousands of years - it could lead to the collapse of civilisations and the extinction of "much of the natural world".

Shockingly, our Transport Minister Grant Shapps and National Highways still seem to think it’s worth risking billions of lives and the collapse of civilisation by pushing through carbon intensive, nature destroying, outdated road schemes. They are ignoring these deafening alarm bells about the climate crisis, putting all of our lives in grave danger while sending future generations into a hellish future of deadly extreme weather events and wars over habitable land, food and water - all for “improved journey times” and “economic benefits” dispute the mountains of evidence that shows that road schemes fail to deliver these in the long term.

The Government and local authorities who support this scheme are prioritising more tarmac for more traffic and more profits for developers over our health, over green spaces, over wildlife and over legally binding climate action.

They should be doing everything they can to prevent further climate change and reduce pollution. They should not be spending £250 million in Derby (and £90 billion nationally over the next 15 years) on expanding roads that will help accelerate us towards a climate catastrophe and will reduce the quality of life of many of the city’s residents. To stand any chance of limiting the increase in global temperature to 1.5°C we need to stop building roads and stop increasing road traffic NOW, not in a few years' time. The UN says that we are already "perilously close" to this temperature rise, so we have very little time left.

We really can't let this new road scheme go ahead. We have to take drastic action in the fight against climate change. That means not increasing carbon emissions and investing in sustainable, low carbon transport instead of even more roads. 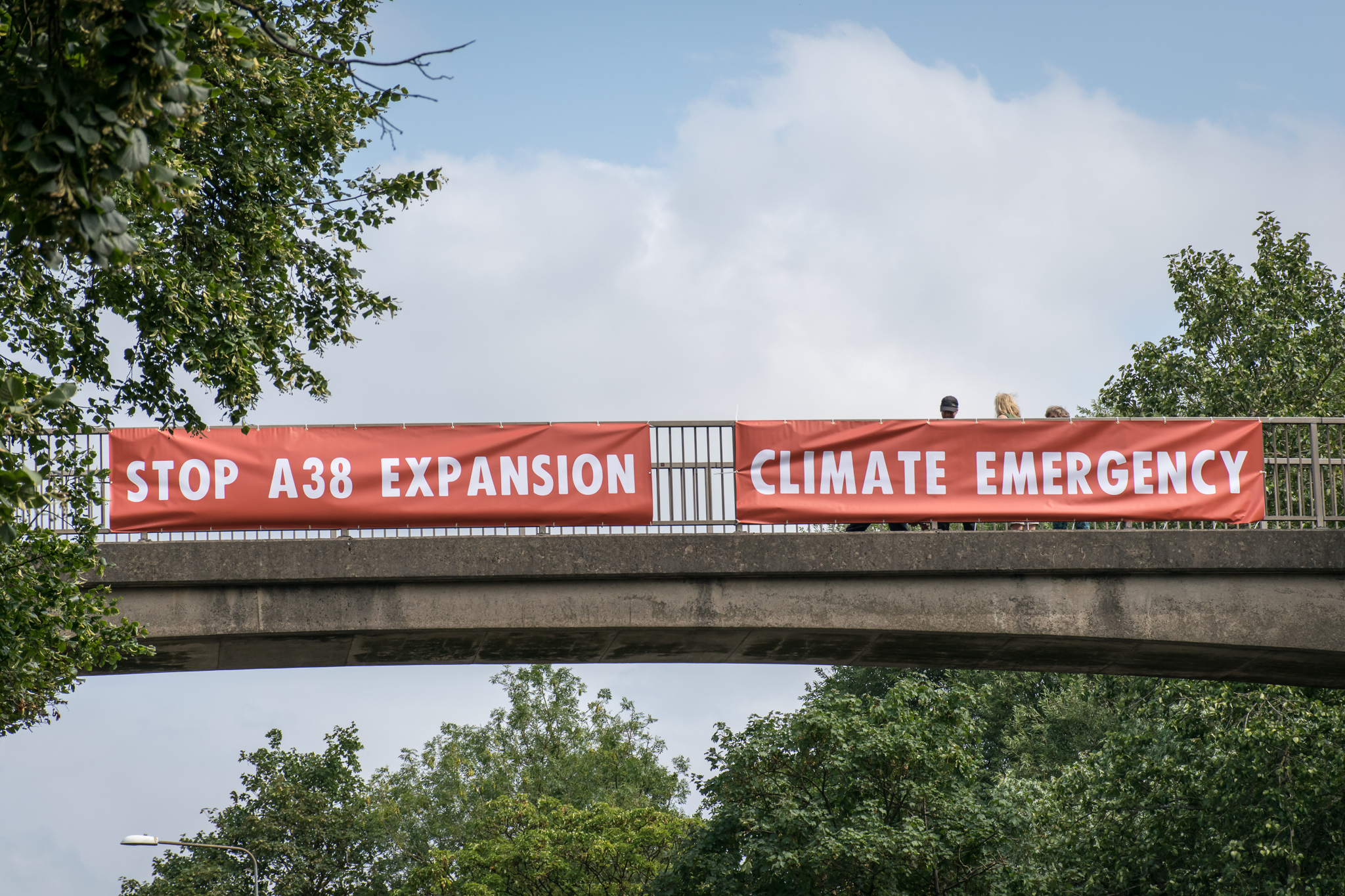 We cannot allow National Highways and the Government to continue to pander to the powerful road lobby and put billions of lives at risk from climate breakdown.

We need to raise an initial £3,500 to pay for legal experts to fight plans for the A38 expansion and we would be so grateful if you could donate to our Crowd Justice page to help us put a stop to this destructive new road scheme once and for all.

We successfully stopped the A38 expansion before and we can do it again with your help. If the development consent order had not been quashed in March 2021, then the thousands of trees would now be felled, wildlife habitats would be destroyed and polluting construction work would be underway.

Whatever amount you can give will help enormously.

Thank you! We are so grateful for your donation and your support. Please spread the word by sharing this page and by telling as many people as you can about it.

You may also like to join our Facebook group to keep in touch and find out about the latest developments.

Find out more about the A38 Derby Junctions road scheme here: https://www.a38derbychaos.org/ 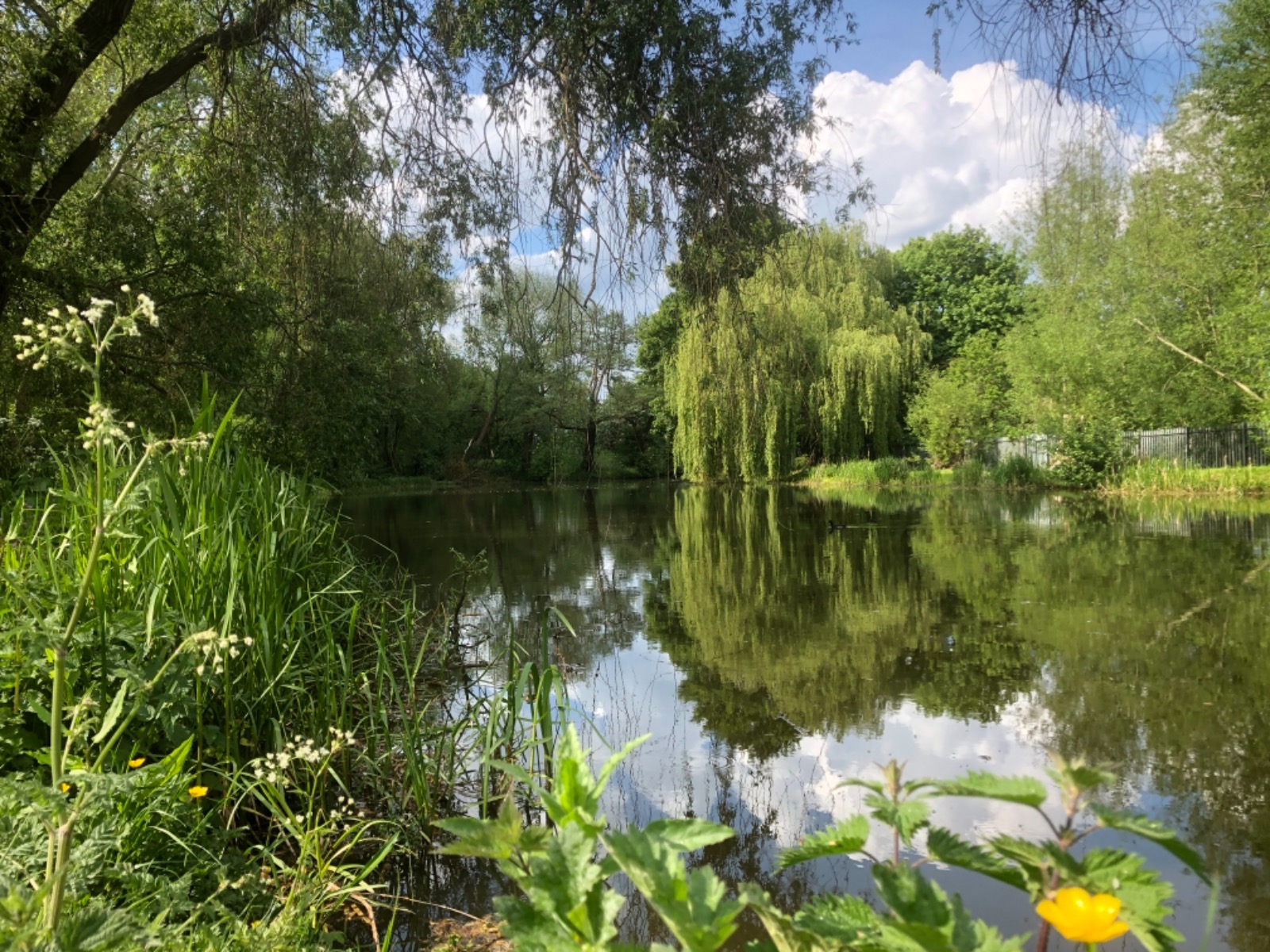 Stop the A38 Expansion Group

Thank you so much to everyone who helped us reach our initial target of £3,500!

This CrowdJustice fundraiser was set up to hire legal experts to submit representations as Transport Minister Grant Shapps said he will redetermine the A38 scheme application after seeking further information from National Highways and objectors.

We are still fundraising in case there are further rounds of consultation and we need the support of legal experts again. So please keep sharing the CrowdJustice page: https://www.crowdjustice.com/case/stop-the-a38-road-expansion-for-good/

Our representations were submitted on 26 October 2021. They are now on the Planning Inspectorate website under the name “Derby Climate Coalition”* if you wish to read them.

The support to save the thousands of trees, the wildlife habitats, green spaces and decent houses from the A38 expansion has been incredible.

Thank you so much for being part of that!

It’s clear that a huge amount of people want a safe, habitable planet and not more tarmac, carbon emissions and air pollution.

If the Government is as committed to climate action as they are saying at COP26, then they must stop outdated, expensive, destructive and polluting road schemes like the A38 expansion and cancel their £27.4bn (now £24bn since the latest spending review) RIS2 roads programme.