Parkdean opposes the claim - North District Devon Council does not

We now know that Parkdean are firmly against this legal action and are directing their financial might behind it.

Take a look at the photo above. How would you feel if the area outlined in red was to have an unrestricted number of caravans sited on it? That could be the potential result of an error in a planning decision made in 2014, the significance of which came to light in a planning appeal hearing in February 2020.

Croyde  is in the North Devon Coast AONB

Parkdean, owner of RUDA Holiday Park,  is intending to use a legal loophole to put caravans on undeveloped land within the red line.

We are appealing to people who care about this beautiful natural landscape and the environment to help us raise funds to get the source of the legal loophole removed.

In January 2014, Parkdean applied for permission to extend the time for RUDA Holiday Park to be open.

That application contained an incorrect plan of the Holiday Park submitted by RUDA.  The red line in the photograph above indicates the area defined in that Plan. It contains undeveloped green areas. Some of which Parkdean owns and some of which it doesn't.

Errors in the wording of the decision (which approved the incorrect Plan) contributed to this decision recently being  interpreted by a Planning Inspector as granting a change of use rather than the applied for extension of time.

The change of use permits caravans to be placed within the red line.  The permission is unconditional.  So there is no control over type and size of caravans, caravan numbers and their siting.  No conditions can be imposed to reduce impacts on the protected natural landscape and the sensitive environment.

This permission represents a major potential expansion of the holiday park in the natural landscape.

In February 2020 Parkdean used the faulty decision to obtain a certificate of lawful development to put an unspecified number of caravans on one of the undeveloped fields they own, within the red line.  The AONB (amongst others) previously advised against such development on this field when Parkdean unsuccessfully applied for permission to put 50 caravans on that field in 2016.

Unless the faulty decision is removed it can be used in a similar way in relation to other undeveloped areas inside the red line of the Plan as well.

Barrister, Richard Turney from Landmark Chambers has advised on a solution to remove the faulty planning decision, and with it, the basis for the certificate of lawful development that was issued in February 2020. Legal action does not come cheap and Lisa Foster (Richard Buxton Solicitors) is instructed  to take this matter forward with Richard Turney.  Both are experienced in matters of this type.

Our initial target of £18,000 is for legal advice, issuing court proceedings and taking the matter to the first stage where a judge determines if we have a case. If the case progresses to the next stage of a full court hearing, the overall costs could be as high as £40 - 50,000 so further funds may be required for the second stage.

The estimates cover the legal and other costs and contingencies, including costs for the other side in the event of failure of the court application.   A costs protection order to limit our exposure to the costs of the other side to £10,000, will be claimed. We cannot look into the future and do not know what level of resistance the action will receive.  So whilst we can always hope for the best, to ensure the campaign has the best chance of success, we also need to plan and budget for the worst.

Swift action is needed on this matter to protect the North Devon Coast Area of Outstanding Natural Beauty and the environment. The sooner we hit the target of £18,000 the sooner we will know that we have the committed funding needed to progress the matter.

This is not something which we can do on our own, but it is something we can do if we pull together as a community. That includes not just Croyde,  the immediate locality and North Devon but also the wider community of people who know and love this area.

If we don’t hit the target in 30 days then that is the end of this matter. Your pledges of funds will be returned to you and that part of Croyde Bay, near the holiday park, will remain at risk of harm.

We appeal to all of you who love Croyde and its beautiful landscape to help us. Please donate whatever you can afford and share this with anybody you know who cares about the area of outstanding natural beauty that is Croyde. Together we can protect the environment.

We will of course keep you updated.  If at the end, any funds are left they will be applied to charitable projects that  protect and enhance the AONB and people's enjoyment of it. 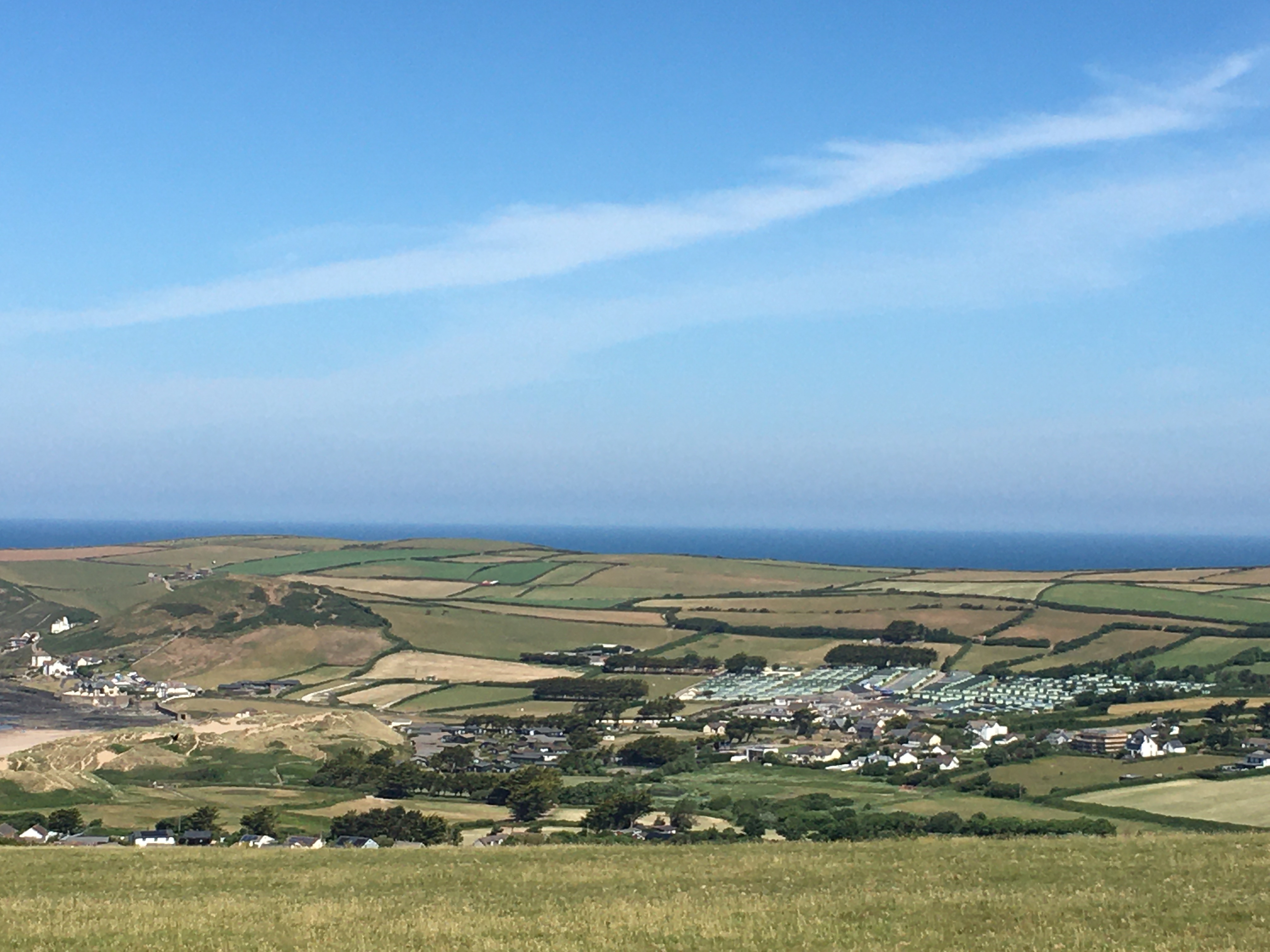 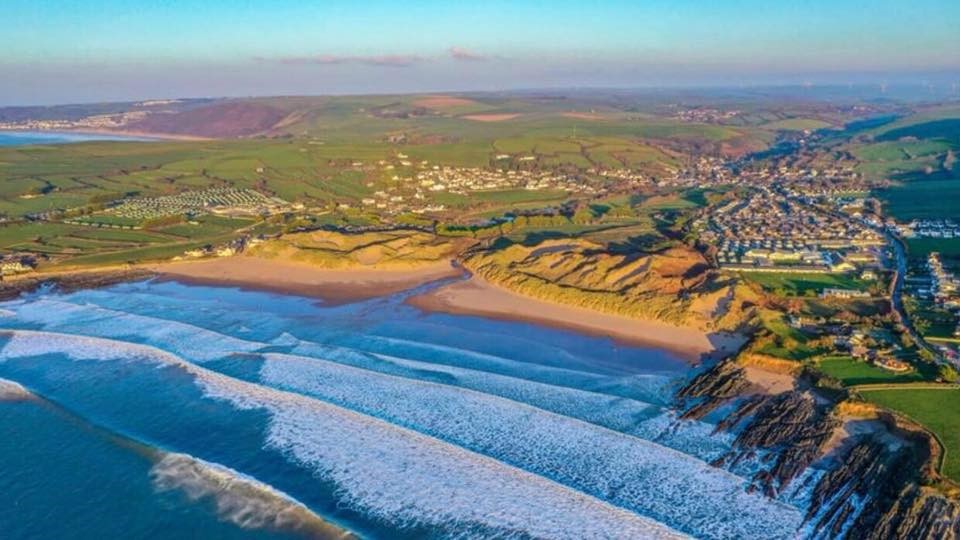 Parkdean opposes the claim - North District Devon Council does not

We now know that Parkdean are firmly against this legal action and are directing their financial might behind it.

We now have their Grounds for Resistance against our application for Judicial Review to quash a planning decision which unintentionally granted permission to put an uncontrolled number of static and other caravans on significant green field areas in the North Devon Coast AONB, without conditions.

Parkdean has assembled a legal team comprising a Queens Counsel, assisted by another barrister and 3 lawyers from a large City law firm.  The Grounds are lengthy and the supporting documentation runs to 100s of pages.  This has necessarily led to an increase of our own legal costs and liability for the other sides costs if we lose at this stage.

We have increased the target amount for funding our legal action to prevent harm to the North Devon Area of Outstanding Natural Beauty. This reflects that more funds are now needed to support the case.

CARA is a modest local residents association which does not itself have the funds needed to take this matter on.  It is dependent on the generosity and concern of others to help it in protecting this beautiful part of the North Devon Coast.

Please support CARA by donating, if you can, on the CARA’s Crowd Justice web page https://www.crowdjustice.com/case/save-north-devon-coast-aonb/  and copying this email to friends and family.  Please also share CARA’s Crowd Justice web page by clicking on the Facebook link found on it and via Twitter and any other social media network that you use.

Many thanks for your support.

We are on our way!

Thank you so much to everyone who has supported CARA on this.  We have reached the initial target to cover estimated costs for the first stage of judicial review proceedings.   CARA is incredibly grateful for the swift generosity of people from near and far.

Our solicitors have filed a claim for judicial review at the High Court to quash the harmful 2014 planning decision.   The Court papers have been sealed and delivered.

North Devon District Council has indicated that it will consent to judgment.

At the end of the first stage of the Judicial Review proceedings a judge will decide on the papers whether to grant permission for a full court hearing.  If permission is refused, we can request an oral hearing on this before the judge.

We may need to raise additional funds before then, if matters do not proceed smoothly and estimated costs for the first stage are revised upwards.

We will keep you updated as the matter progresses.

For now, we are on our way in our attempt to remove the threat to the North Devon Coast Area of Outstanding Natural Beauty.  Thank you for your interest and support.