No-one wants to stop or hold up the regeneration of Saxonvale but such an important development in the public sector MUST be shown to have a proper legal foundation. Our campaign will carry on until we have the answers

What Do We Know?

During our first campaign, we agreed to hold meetings with both Mendip District Council AND Frome Town Council. Nothing has changed because our politicians are not at liberty to speak out. They are unwilling to rock the boat and ask questions that should be asked.

Does Frome want Saxonvale to be developed AT ALL COSTS even if laws protecting the public interest have been broken?

THANK YOU FOR SUPPORTING OUR CAMPAIGN FOR FULL DISCLOSURE OF THE DEVELOPER'S AGREEMENT AND A SUSTAINABLE PLAN FOR SAXONVALE!

Click the image below to see a short film about a meeting to talk through ways that Saxonvale could and should be developed for the 21st century.

Evidence has emerged confirming that the District Council have paid substantially over the established Market Value for purchasing the Town Council site in the north-east corner of the Saxonvale site. The contract of sale also manipulates the National Compliance figure for Affordable Housing in developments exceeding ten new homes down to 20% in what appears to be an incentive for the Town Council to support Acorn’s application.

In the Affordable Housing and Development Contributions Viability Study for Mendip District Council, Oct 2012 p8, (25) reads: 'Our resulting focus is around a headline of 30% affordable housing, as a target level for the majority of sites within the District'.

Misuse of public funds falls under general litigation for which the time limit is six years, (unlike a judicial review). Shoosmiths are now drawing up a letter of claim against both Councils and we are awaiting a decision on the Developer’s Contract from the Independent Commissioner’s Office, (ICO) in regard to the Judicial Review.

We don’t yet know if it is possible for Acorn’s scheme to be built against a background of illegality but as more evidence surfaces as to what really has been going on, the worse will be the effect on Frome’s trust in their political representatives. Further updates soon!

Thanks to all our wonderful supporters, we have now passed the important initial target set at £5,000 which means our legal team can begin the case. They will seek specialist QC advice before sending out the pre-protocol letter which is the first stage of the judicial review process. The Mayday campaign will now remain on the CrowdJustice site until the stretch target is reached and refresh every 30 days.  We are planning an exciting fundraising event soon - details to be announced!

Mayday Saxonvale - Alternative Futures a preview film about the event. 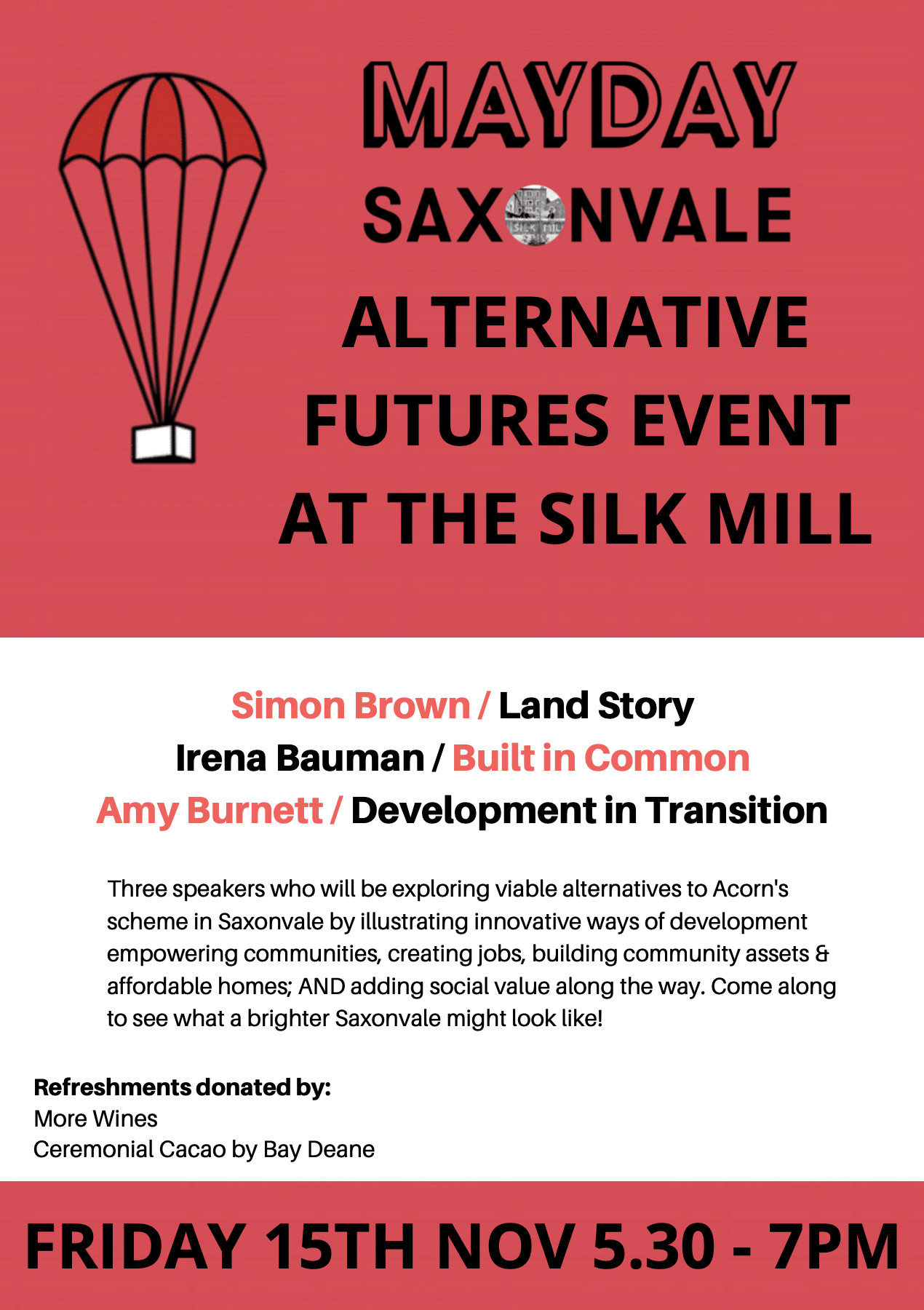