Same Love Bermuda
Case Owner
We have won 2 Supreme Court cases but Bermuda Government are appealing to the Court of Appeal to deny Marriage Equality. Please support this case - the world is watching - IMAGINE REVERSING EQUALITY
Funded
on 24th October 2018
£14,125
pledged of £45,000 stretch target from 71 pledges

Same Love Bermuda
Case Owner
We have won 2 Supreme Court cases but Bermuda Government are appealing to the Court of Appeal to deny Marriage Equality. Please support this case - the world is watching - IMAGINE REVERSING EQUALITY
Share on Facebook

Calling it a “cynical bigoted hypocritical attack on the rights and freedoms of others,” activist Tony Bran…

The world is watching the fight for Marriage Equality in Bermuda
2 Supreme Court battles have been won but the war for equality continues.

It is despicable that the Bermuda Government introduced legislation called Domestic Partnerships that "de facto" reversed Same Sex Marriage. In essence, Bermuda legislated discrimination.
Bermuda is the ONLY country to legalize Same-sex Marriage (via the courts, who protect the rights of minorities) - only to have a new government reverse Marriage Equality.

NEXT COURT BATTLE - November 7th 8th & 9th
In the next round of the legal fight, the Government of Bermuda have hired Queens Counsel James Guthrie to support their position that same sex marriage should be banned. The Taxpayers "Piggy Bank" will fund the politicians attack on equality, estimated to cost $ 400,000.

The governments application to the Court of Appeal clearly states “The Court was wrong to interfere (in ruling the Domestic Partnership Act was unconstitutional) and the CJ’s judgment should be set aside".
The legal proceedings in Bermuda may be about marriage equality but in essence they are more significant than that. This is a struggle for a human rights issue that is the same as any other human rights issue related to race, religious freedom, sexual equality or place of origin.
There can be no “cherry picking” when it comes to Human Rights equality.

Please support this monumental case and take a stand for Justice and Equality everywhere, The World Is Watching!
WE NEED YOUR HELP & SUPPORT

Calling it a “cynical bigoted hypocritical attack on the rights and freedoms of others,” activist Tony Brannon said “we have won three court cases and still the Government want to continue the denial of equality.

Saying they “must be sore that they lost in the Court of Appeal,” Mr Brannon said “the people of Bermuda are sore that education is in a mess amidst a myriad of other issues in Bermuda. Further waste of taxpayer dollars is obscene and repugnant. ”

We will be launching an appeal for funding to the PRIVY COUNCIL
Thanks for all your support to date.

Same-sex marriage became legal again yesterday after a landmark ruling by the Court of Appeal.

The court dismissed the Government’s claim that former Chief Justice Ian Kawaley was wrong to strike down sections of the Domestic Partnership Act, which was passed to replace same-sex marriage with a civil partnership arrangement.

The packed courtroom erupted with loud cheers as Sir Scott Baker, president of the Court of Appeal, announced the decision.

They broke into cheers again half an hour later when the court refused to delay the effect of its judgment. 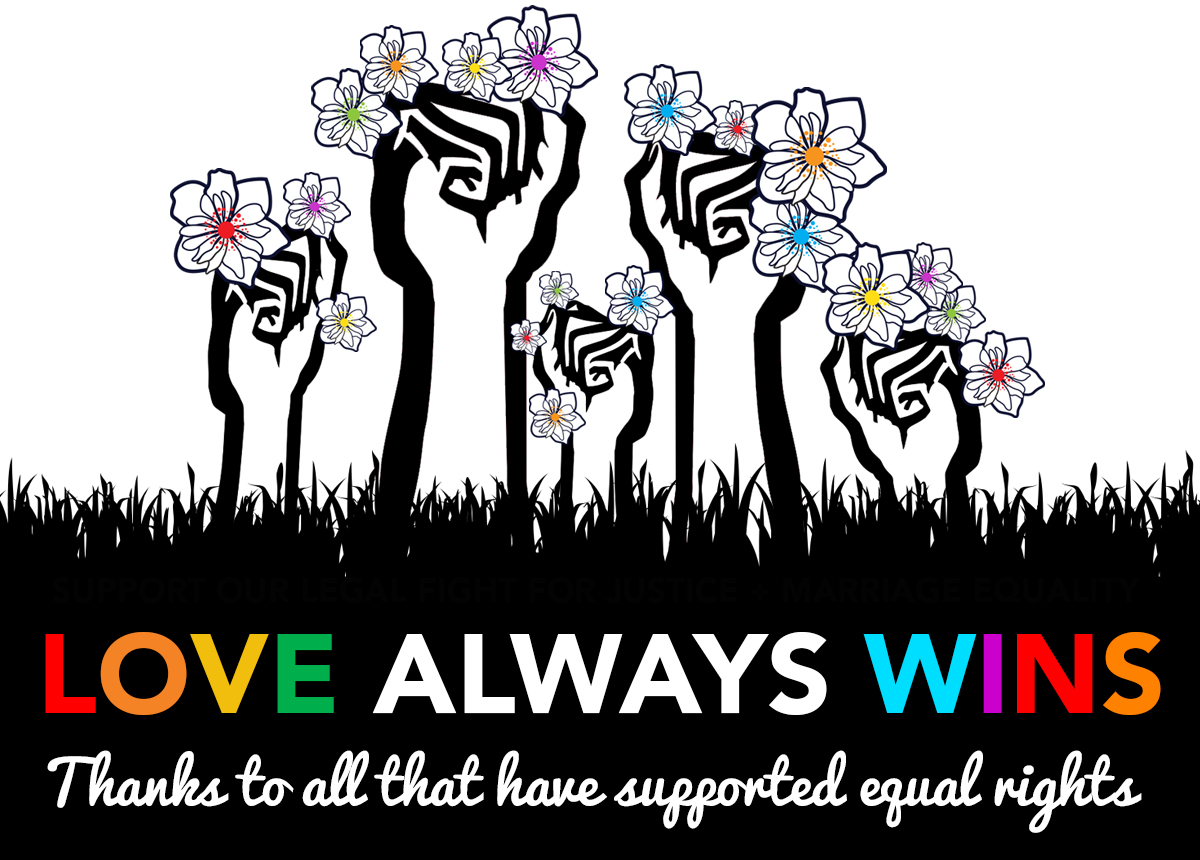 #Bermuda - We go to court tomorrow to fight for #Equality

#Bermuda #World
We really need your support
We do not have a #taxpayer #piggybank like the The Government of Bermuda - who are spending YOUR $,$$$,$$$ to #discriminate against #gay people wanting to #marry

BERMUDA spends $ 400k on a British human rights lawyer in their attempt to overturn Same-sex marriage.

WE NEED YOUR HELP
Please share far & wide. Our legal team have already won two cases against the Bermuda government.
This fight for #Equality is getting expensive. We do not have a #taxpayers piggy bank. The Court of Appeal case starts November 7th.
PLEASE DONATE TODAY
Bermuda is the only country in the world to have allowed same-sex marriage then banned it - twice!

The Domestic Partnership Act reversed a Supreme Court ruling from May 2017, which had paved the way for gay couples to marry in Bermuda and on island-registered ships around the world.

But Mr Justice Kawaley ruled the legislation was at odds with the Constitution, which protects the right to freedom of conscience and outlaws discrimination on the basis of creed.

#lawyer Mark Pettingill will be representing his client Roderick Ferguson in the the #Bermuda Court of Appeal in 7 days......
Unlike the Bermuda Government, we do not have a #taxpayer piggy bank. The Government, in their dogged attempt to deny Same Sex Marriage a 3rd time, have hired a British QC, James Guthrie from 3 Hare Court, in their attempt to peruade a panel of 3 judges (Court of Appeal) that Chief Justice Ian Kawaley's decision that the Bermuda Government violated the constitiution BE OVERTURNED.
Imagine hiring a Human Rights lawyer to deny #HumanRights. It doesn't get anymore sinister or despicable.

WE NEED SUPPORT - PLEASE DONATE and FORWARD TO #FRIENDS

Mark has matintained from DAY 1 that Same Sex Marriage could not be denied to any gay person.
He successfully argued and won, along with the rest of the legal team, twice in the Supreme Court of Bermuda. Next week he will hopefully WIN again.

WHY is Bermuda spending $400k of Taxpayers money "Oppressing People"....

We are only 7 days away from the Court of Appeal

The Bermuda Government are attempting to deny Same-Sex Marriage for a third time.
They are raiding the #taxpayers piggy bank to the tune of 400k to fund a UK QC, a Human Rights lawyer no less, in their attempt to overturn a Supreme Court ruling that said in essence that the Bermuda Government had violated the Bermuda Constitution.

We MUST win a 3rd time and hope the government finally accepts that #Love #Equality & #HumanRights cannot be excluded to ANYONE !

THANK YOU - we reached the initial target

Thanks to everyone who helped us reached the initial target

We can now extend the target and timelines to reach the next goal of 45,000 pounds.

Remember this:
The Bermuda Government are spending over 300,000 pounds of Bermudian taxpayers money to pay for a British QC in their attempt to deny Same Sex Marriage for a third time. The Court of Appeal case commences on November 7th.

We are fighting for #Equality and #HumanRights a 3rd time

We URGENTLY need your help to reach target

We have reduced the target from 10,000 pounds to 5000 pounds.
We only have TWO days left to reach the target.

We have raised 3,985 pounds are we are short of the reduced target by 1,015 pounds.
Can you help us make the initial target and also reach out to friends ?
https://www.crowdjustice.com/case/bermudacourtofappeal/

If we do not reach the 5000 pounds by FRIDAY, this appeal will fail to reach the initial target and none of the donations will be charged out on the donors credit cards.

Once the initial target of 5000 pounds is reached we can extend the target and the timing and even extend further if needed.

PLEASE....DO NOT LET THIS APPEAL FAIL
MARRIAGE EQUALITY in BERMUDA is at stake.
The Court of Appeal case is only two weeks away and starts on November 7th.

#Equality is at stake in #Bermuda and everywhere....

WE NEED YOUR HELP
Bermuda has legalized Same Sex Marriage Twice.
The Bermuda Government have trampled on #Equality and #Human Rights for the #LGBTQ community on more than one occasion

The Government are raiding the "Taxpayers Piggy Bank" to fund a UK QC, James Guthrie, in their desperate 3rd attempt to deny Marriage Equality. The Bermuda Government has spent to date well over half a million dollars on 2 court cases and now are spending nearly HALF a MILLION dollars of taxpayers money on the upcoming Court of Appeal challenge.

Will you help us reach our initial target -10,000 pounds?
https://www.crowdjustice.com/case/bermudacourtofappeal/
This case is so vitally important not only for Bermuda but for many other countries battling dinosaur governments who deny equality for same-sex couples.

WATCH:
Please feel free to use these YouTube links in emails, on websites or social media channels.

MARRIAGE EQUALITY
We urgently need your support as the case is just 2 weeks away.
Bermudians won two Supreme Court cases against the Bermuda Government in 2017 and 2018.
The last court victory was a constitutional one whereby the Chief Justice ruled the government had violated the Bermuda Constitution with legislation called Domestic Partnerships. (More equal than before, but still less equal)

The Bermuda Government are appealing to the Court of Appeal in their quest to deny Marriage Equality again!
We have won Marriage Equality twice in the courts. Now we fight a 3rd time against a government hell-bent on denying a minority equality.

Visit our website for all the latest updates
www.samelovebermuda.com 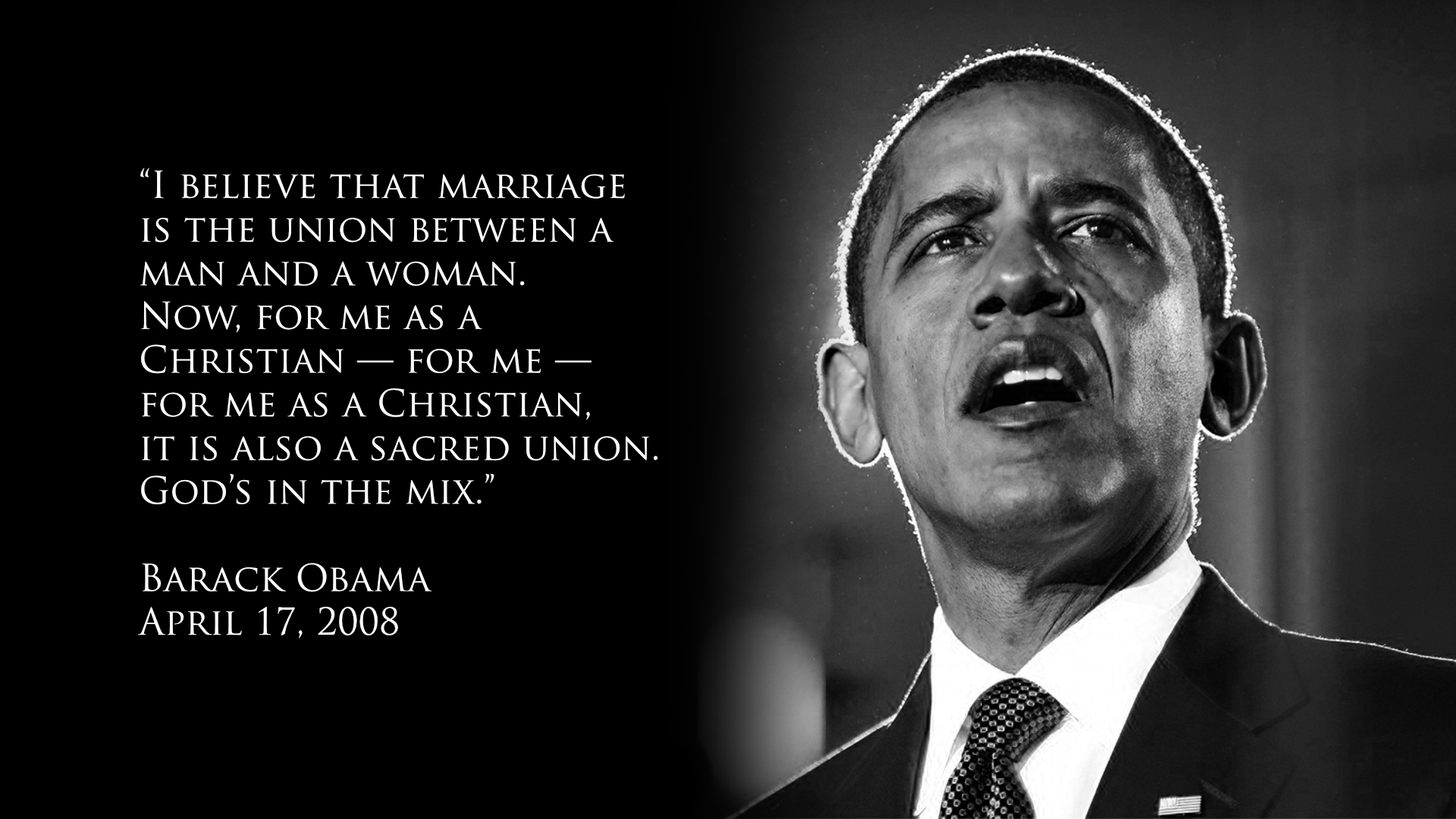 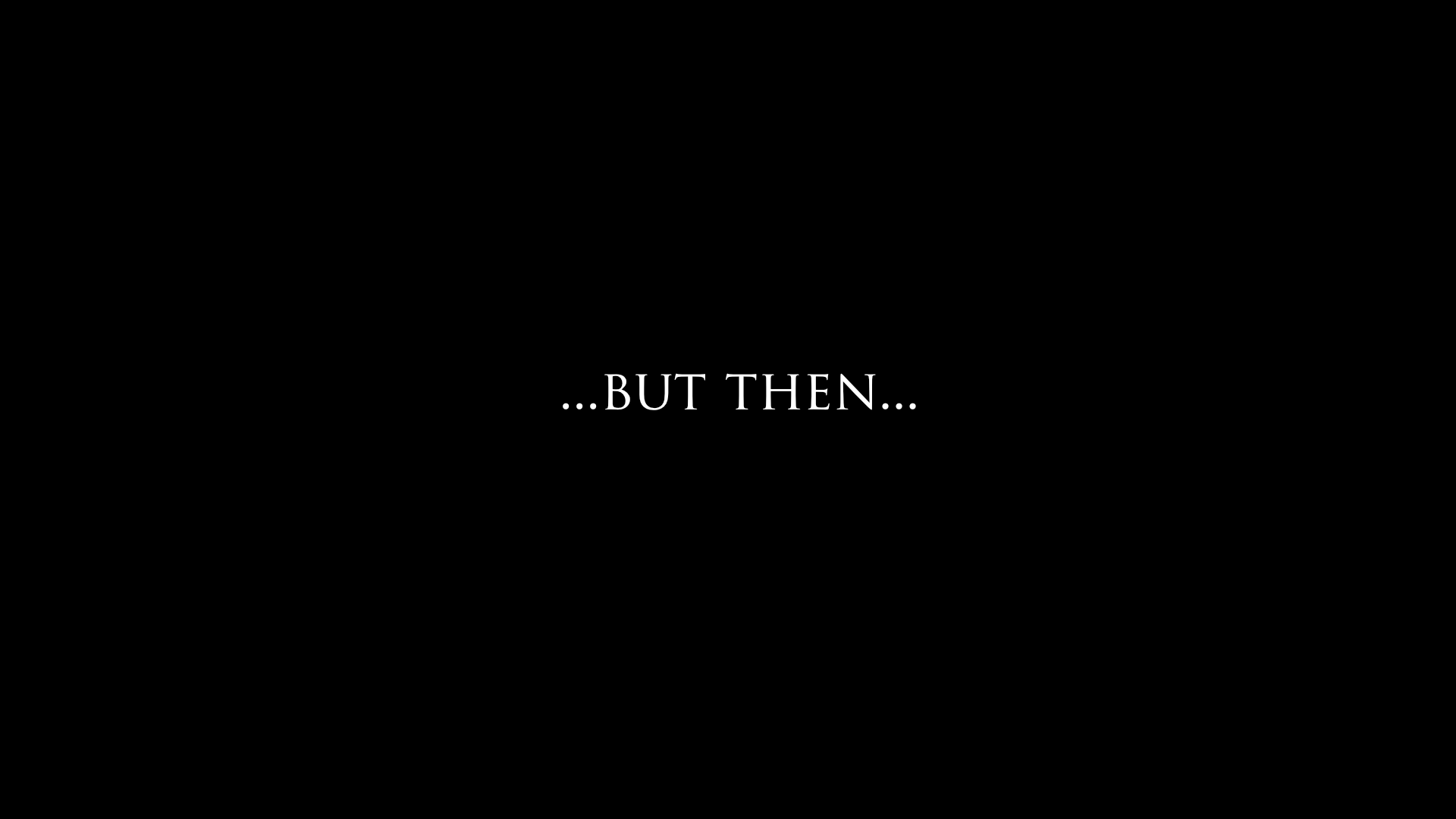 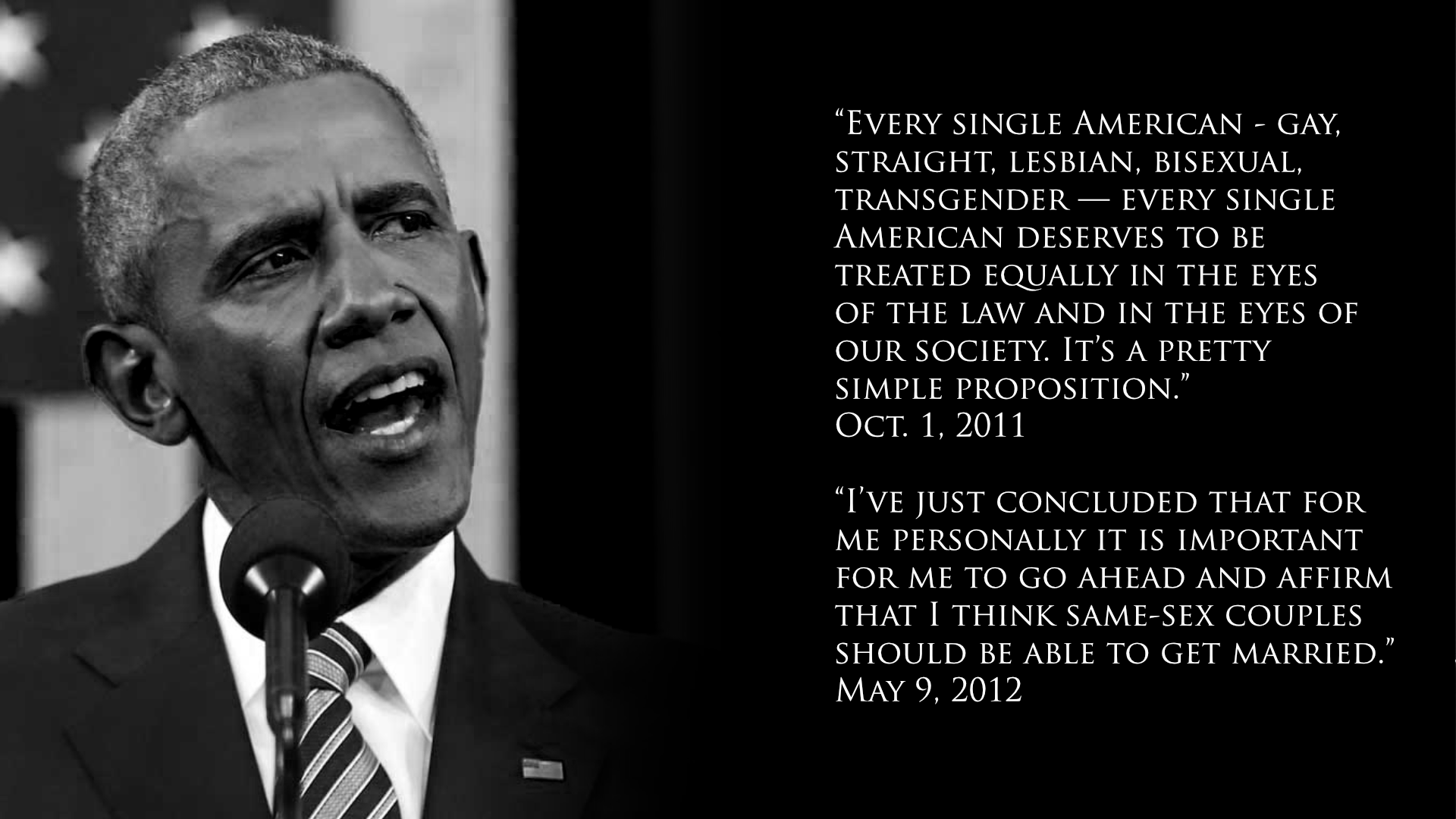 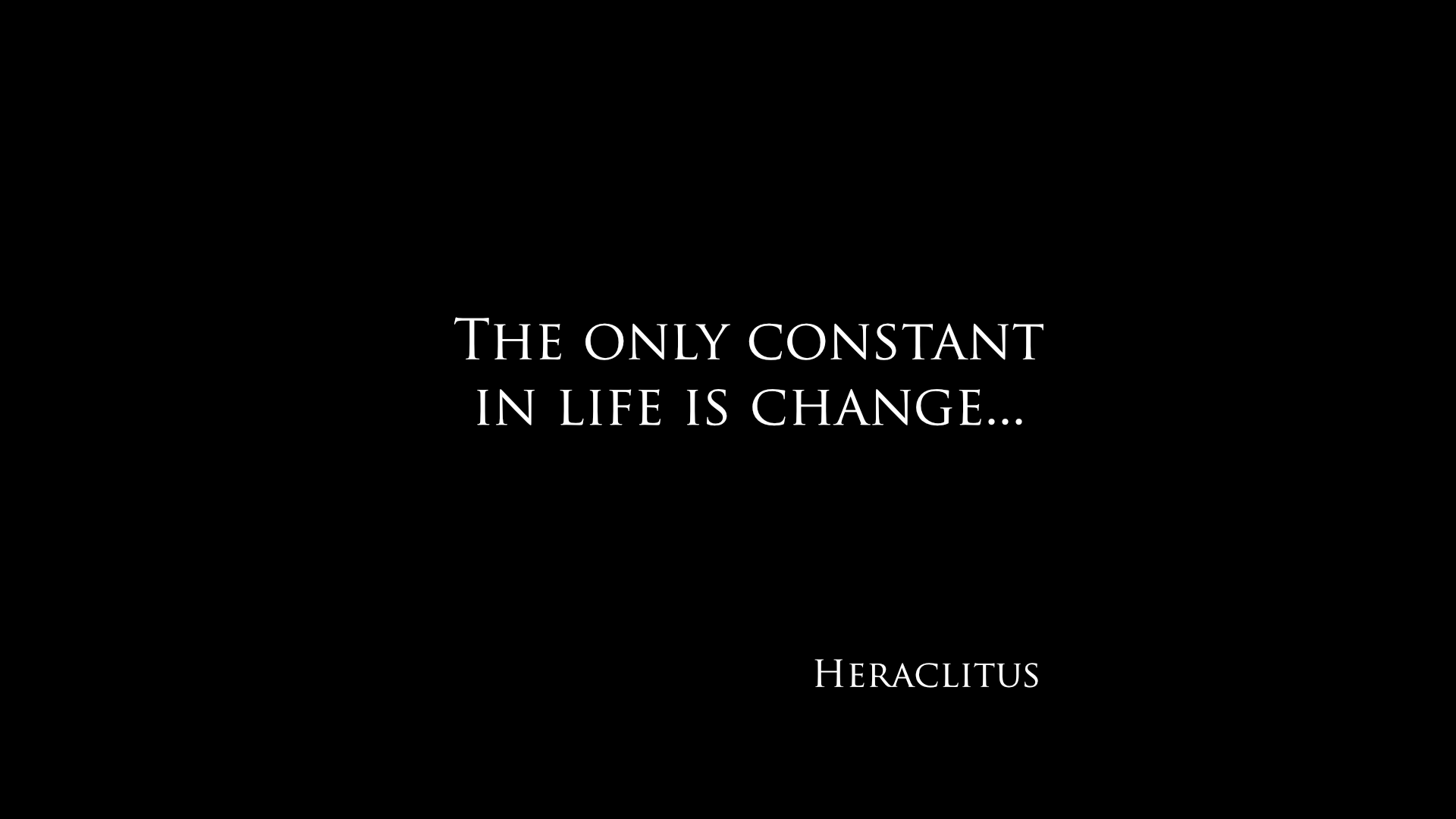 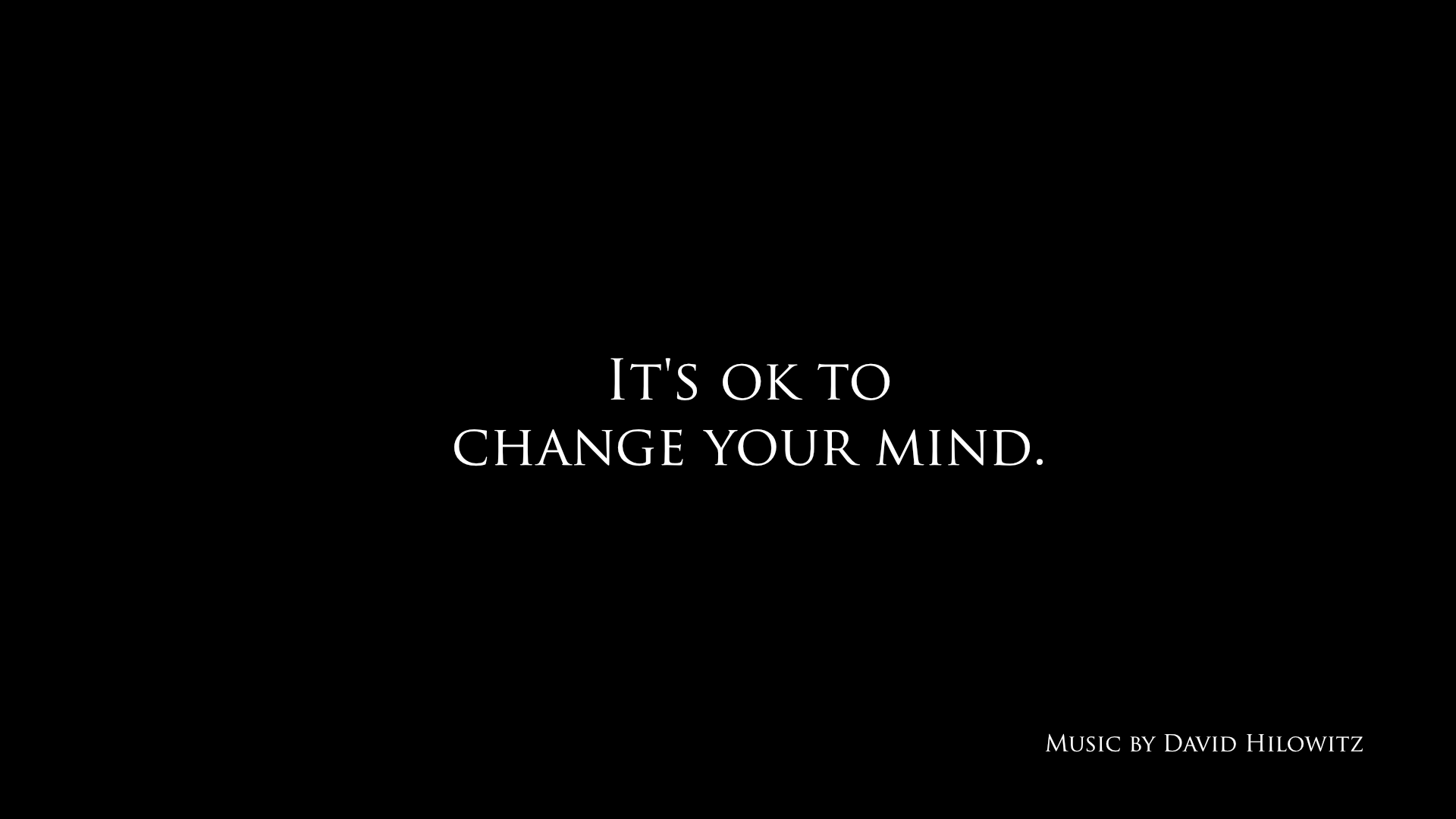 Please help our fight for justice in Bermuda

Thank you so much for your pledge. I now only have 15 days left to raise the remaining target of my case, and I can't do it without your help!

It would be amazing if you could:

Tony
p.s.
In the words of John McEnroe "YOU CANNOT BE SERIOUS"
The Bermuda Government hired a British QC #HumanRights #Lawyer in order to uphold their attack on Same Sex Marriage in the Court of Appeal.
Read this #twitter thread:
https://twitter.com/TonyinBermuda/status/1050489293750366208

Please ask your friends and colleagues to support this court case. The cost to #Bermuda taxpayers is enormous. The politicians are funding this discrimination from the taxpayers piggy bank.
WE NEED SUPPORT TO FIGHT BACK