Have you seen the video of the latest rebellion?

Thank you to all of you who have been so generous in your support. We have reached our initial target but the fight continues and we will need more.

This week saw the beginning of a new round of activ…

In 24 November 2018, Extinction Rebellion Scotland declared an open rebellion against the  Scottish Government for its failure to inform and protect its citizens from the approaching climate and ecological catastrophe.

This is a fundraiser for the members of Extinction Rebellion Scotland arrested  for non-violent direct action in support of the Planet.  So far there have been 40 arrests in Edinburgh and about 30 more supporting April's International Rebellion in London.

Those who have been arrested did not take action lightly or frivolously, but acted in the solemn knowledge that we are running out of both time and options.

As legal proceedings begin against us we are raising a fund to assist with the significant costs arising from the legal process. The arrestees come from different walks of life and while some can afford to pay their own legal costs, others need financial support.

In the first instance we are aiming to raise £10,000 to contribute towards costs arising from the legal process. But we are likely to need much more.

Please give what you can, and share this page widely with your friends, family and on social media.

To find out how else you can join and support the rebellion, go to: https://xrscotland.org/

Thank you for supporting the rebellion. 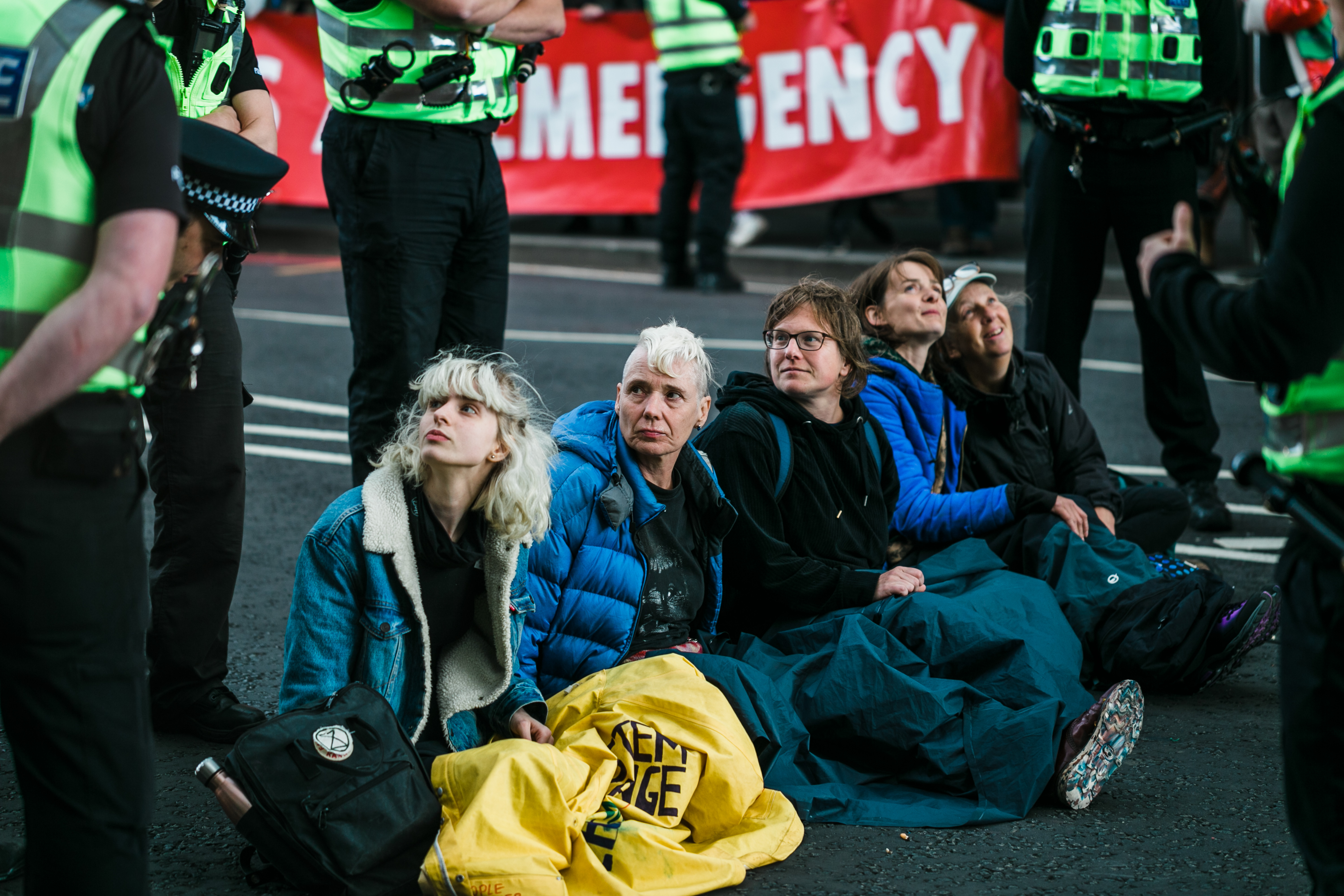 It was a relief when I heard about Extinction Rebellion, for finally I could do something about the devastating  destruction of the planet. I found like minded people who were willing to act to try to halt the oncoming disaster. I felt better that I could do something rather than sit back in despair.

So when Edinburgh asked for help in their week long rebellion, I answered the call.  I  offered to be highly arrestable, as many of their members had already  been arrested at previous actions to draw attention to global warming.  As expected I was arrested and charged, and am currently in an ongoing court case, in which I have to travel up to Edinburgh from Sheffield every time.

Our action was very successful, as we managed to block the traffic for many hours, calling attention to the climate crisis and educating people of the urgency of the situation. On the whole the public were supportive of our actions.

I could have pleaded guilty at the first hearing which could have avoided further  expense, and gone quietly away, but I felt the need to continue to draw attention to the climate crisis by arguing  that our actions are  necessary. We need to make everyone aware of the devastation to come, unless we all act now, to pressurise the governments to take appropiate action. This is why I continue to travel to the court.

I take full responsibility for my actions. I intend to act again. I am lucky in that I have a part time job that I can work from anywhere, so I am flexible and have the time to commit to Extinction Rebellion, but I don’t have the money. I receive universal credit that pays for my rent.

Have you seen the video of the latest rebellion?

Thank you to all of you who have been so generous in your support. We have reached our initial target but the fight continues and we will need more.

This week saw the beginning of a new round of activity by XR Scotland focussing on the oil and gas industry. Rig Rebellion 2.0 saw three brave women climb the leg of a Shell Rig. They were arrested along with four others and now face Court.

Watch the video and hear from the three braves rebels here:

Help us reach our new target of £15,000 by sharing this on facebook and emailing your friends and family asking them to support us.