by Gary and Mark

Gary and Mark
Case Owner
Hi, we are Gary and Mark. We were arrested in London during the XR protests and are now awaiting trial. We need you help - please donate to our legal costs or share this page with family and friends!
Funded
on 01st August 2019
£2,891
pledged of £5,000 stretch target from 54 pledges

Gary and Mark
Case Owner
Hi, we are Gary and Mark. We were arrested in London during the XR protests and are now awaiting trial. We need you help - please donate to our legal costs or share this page with family and friends!
Share on Facebook

Our Crowdfunder has closed! 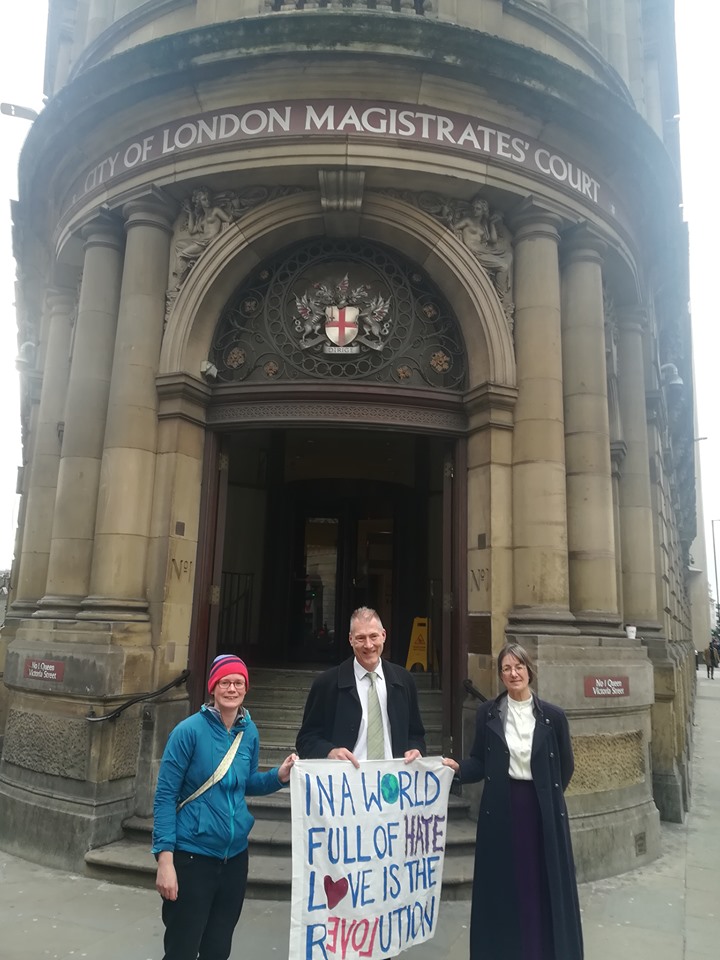 Our crowdfunder has closed, and we are immensely grateful to everyone who has contributed over the last few weeks. What we have raised has exceeded our expectations and will ease the financial burden…

We are Mark and Gary, members of the Extinction Rebellion Bedford. We were arrested during the International Rebellion in London for protesting for our collective future.

Hi I'm Mark and I'm a librarian. I'm 65yo and have been aware of approaching catastrophe since I was 16. I’d abandoned all activism and had pretty much given up hope until XR came along. This is the last of the last chances and I’m proud to be part of it. Getting arrested isn’t about the solutions, it’s about getting attention and clogging the system. Many younger people feel they can’t risk arrest. It’s up to people my age to do more of the heavy lifting.

Hi I'm Gary and I'm a postman. I'm 54 yo. I am not what most people would imagine from a climate activist; I am just a regular guy who cares about what is happening to our planet, and who recognises that 'something needs to be done'. I've been a Green Party and Greenpeace supporter for decades, but have come to realise that writing letters and going on A to B marches just doesn't have any significant effect. I was inspired to join Extinction Rebellion after being impressed by their tactics and commitment, and recognising that thousands of people on the streets prepared to be arrested would be a powerful thing. I was arrested on Good Friday for playing my drum during the crackdown on the rebels at the Parliament Square. I refused to stop playing the drum as it was keeping our spirits up.

We were both taken to police stations where we were processed before spending several hours in cells.

In the middle of July we received a letter confirming that we were being charged with breaching a section 14 public order notice, and summoning us to appear at City Of London Magistrates Court on Friday 2nd August (the trial will be in October). If we plead guilty to this offence, or if we are found guilty after pleading not guilty, we will end up with a criminal record and a possible £1,000 fine. We will also be liable for up to another £1,000 in costs, and unless we choose to defend ourselves then the services of a solicitor will cost about £2,500. That is the price of justice in this country - if you have a modest job and do not qualify for legal aid, then a proper defence for an arrest after a perfectly peaceful protest on conscientious grounds could end up bankrupting you.

Any assistance with raising funds for the almost inevitable costs that we'll incur as a result of our arrests would be really appreciated. We will attempt to repay your kindness by continuing to fight for meaningful action in respect of climate change!

We would ideally like to raise £4500 to cover half the costs for both of us but any help is welcome and will go a long way in helping us cope with legal costs. Sharing this campaign with your family and friends is another way to help us reach our goal!

Thank you very much for your contributions, shares and support! It means the world to us.

With love and solidarity,

Our Crowdfunder has closed!

Our crowdfunder has closed, and we are immensely grateful to everyone who has contributed over the last few weeks. What we have raised has exceeded our expectations and will ease the financial burden for both myself (Gary) and future rebels who may find themselves in a similar situation.

If you didn't know already, my trial took place on 28th and 29th October in London, and I was inevitably convicted. If you want the full story then you can read my account of it on my blog at: https://garylloyd10.wixsite.com/website I am just relived that it is all over!

Once again, thank you for your generosity.

A date with justice tomorrow. Last Chance to pledge! 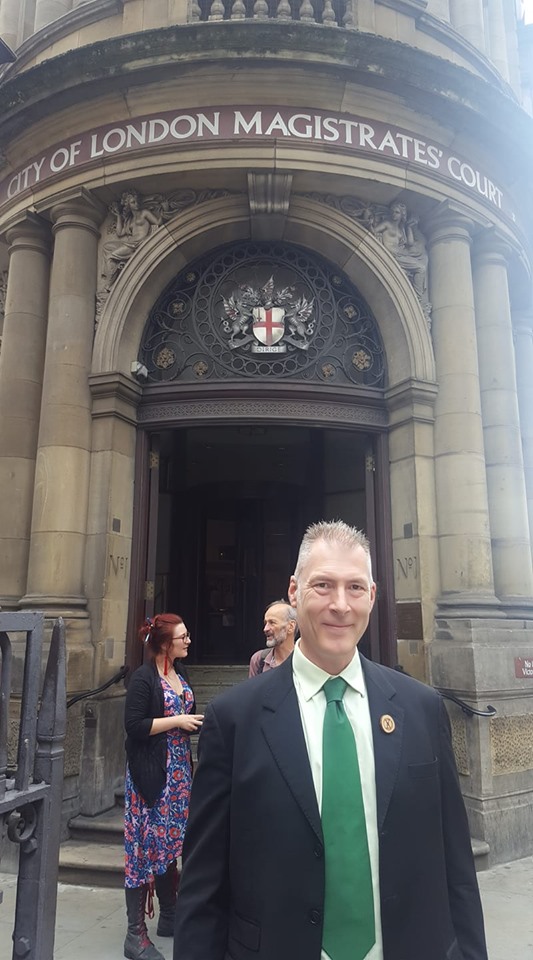 https://www.bedfordindependent.co.uk/bedford-councillor-arrested-as-part-of-extinction-rebellion-protests-in-london/?fbclid=IwAR2hGHIGr3CIYd2DGmkCb1D6pCLLXUJUZYStUxIH3TCoLBk3NruXMlj86BITime for another update! Extinction Rebellion's autumn uprising came to a close last Friday, and we have spent a lot of time in the headlines making sure that our core messages are heard loud and clear. We've seen the Police making unprecedented 'pre-emptive' raids of equipment (including disabled access equipment); a blanket ban of all XR protest; some incredible bravery by rebels literally putting their lives on the line; over 1,800 arrests, including olympic athletes and the leader of the Green Party; and another Bedford rebel, Councillor Ben Foley arrested for protesting outside New Scotland Yard. I (Gary) am in Court on Monday for my trial. I will let you know how it goes, and I am so very grateful for your support so far. However with new arrests, I have to ask you for more. If you haven't already donated, then please consider it now; and if you have donated, then please consider chipping in just a little more. There will be more actions before the year is out, and most likely more legal costs to cover. We really do appreciate your support.

I'm almost ready for my day in court!

Hi, it's Gary here. I just wanted to thank everyone who has donated to this crowdfunder so far. We are so grateful for your generosity,  and the knowledge that this money exists takes a huge weight off our shoulders, as we prepare for our trials. My own trial is set for 28th and 29th October at City of London Magistrates Court, and I have now been charged with breach of a section 14 notice - a minor public order offence. The other charge of obstructing the highway has been dropped.

I have decided to self-represent in court, as an experienced barrister would cost me around three thousand pounds, and I simply can't afford that. Self representation will also give me more freedom to say what I want to in court. I have been busy researching my defence, collecting character references, and getting myself mentally composed for the experience. A huge amount of stress has been eased by this crowdfunder, but I want to appeal now for more donations. This isn't just for me. It is for all Bedfordshire rebels that face arrest in the upcoming rebellion starting on 7th October. There will be many more of us sacrificing our liberty for the planet, and we need your support. Please give what you can - even just a pound or two will help if enough people join in. Thank you for your support.