We won at the High Court! We are delighted with this news. It now means that our prosecution against Banks Group for destroying the habitats of protected species can continue.

It was stopped in …

I’m Don. I'm a local resident to the Bradley opencast, who has been battling opencast coal since the 1970's. Bradley opencast was started by Banks Group in the middle of last year. Myself, my neighbours and people from outside of the area did our best to stop the destruction from starting, but sadly the mine went ahead because of the failure of authorities to act. It has come down to local people to fight for justice.

Last spring, I watched as Banks bulldozed a pond that was important habitat for protected newts in its rush to start the Bradley mine before its permission lapsed.  In May 2018, only a couple of weeks before their permission was due to expire, Banks went against the advice of Natural England and asserted that the pond contained no protected newts at all, despite the fact that a 2-3 year old male had been found and documented at the site only a month earlier.  Banks may believe that they are above the law, but I brought a private prosecution against Banks because I and my legal team believe Banks has committed a crime by knowingly destroying a breeding site of a protected species.

As a child I was transfixed by the new ground breaking photo of Earth rise, taken from Apollo 8. It looked a fragile lonely sphere in the dark vastness, and it turned me into someone who believes that we need to protect the natural ecosystems that sustain humans on the planet. Ever since I saw that photo from Apollo 8 and starting to campaign on the issues, everything we said would happen has. We have wiped out more than 40% of all species since then, and climate change has taken a real hold, now nobody is arguing about the science.

Why you should care

We need to hold Banks Group to account for what they did so they can’t do it again. Also, this company is the only coal company trying to start new opencast mines in the UK, absurd in a time of climate crisis and with enough coal already above ground in the UK to last until the coal phase-out at power stations. 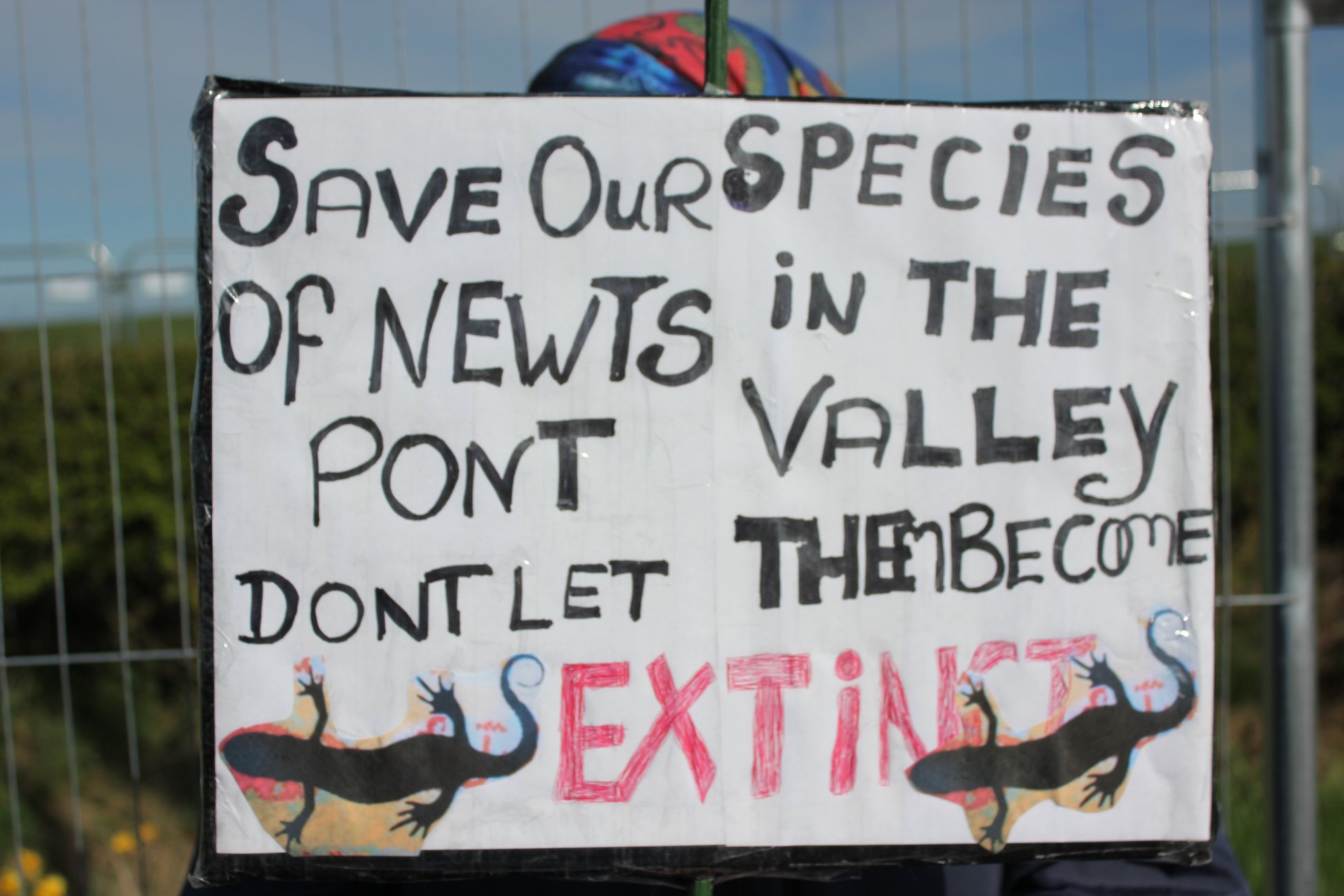 Will you join me in my fight for justice against Banks Group?

Us local residents have known for a long time that Great crested newts, a protected species, lived in the Brooms Pond which Banks Group destroyed to extract the coal from underneath. Banks Group were supposed to relocate these newts, but with time running out before their permission would expire, they claimed that there were no protected newts at all.

In March 2018, I was protesting against Banks on the roadside and someone shouted out the car window at me - ‘Velvet Viking’ - and from that day the Velvet Viking was born. Now he needs your help if he is going to get justice:

The Velvet Viking, the oldest eco warrior on the A692, wants to wield the weapon of hard evidence against the newt trashing Banks, he will be ‘donning’ his horned helmet, aiming his battle cry at Banks’ lawyer and (hopefully) convincing the judge to have it be known across the land that Banks committed a crime. Please help him pay for a longship of lawyers to take this to the high court and end this saga!

Seriously, I am astonished that Banks has been able to destroy the local area, its habitats and wildlife to extract unneeded coal to add to climate change. I am taking Banks Group to court to prove that they broke the Conservation of Species and Habitats Regulations 2017 and did so knowingly. The police failed to act against Banks, so as a local person I have had to do so myself.

Sadly a technicality has made my legal battle more prolonged than I had hoped. I need to take the case to the High Court to get my private prosecution back on track, and Banks Group in the dock. A High Court judge has already determined that our case has sufficient merit to go to a full hearing, I just need the treasure to pay for it.

If we can get this case to court we can show that this company cannot be trusted to follow the law regarding protected species and shouldn't be allowed to extend this opencast coal mine or start new ones. This Viking is taking on a fossilised company dealing in fossil fuels. With your help we can bring about justice for the newts and protection to the land next to the coal mine. If I raise more than is immediately needed it will go to the next stages of the prosecution.

With your help we can bring about  justice for the newts and protection to the land next to the coal mine. My initial target is £2,000. This is a small amount of what this case is costing but I have set it low to make sure I reach this target. The second target is £7,000 so please give what you can; small or large. It all adds up.

I'm taking this action to hold Banks to account for their illegal destruction of a protected species’ habitat. I need your help to ensure that justice is done, after the failure of statutory authorities to act. 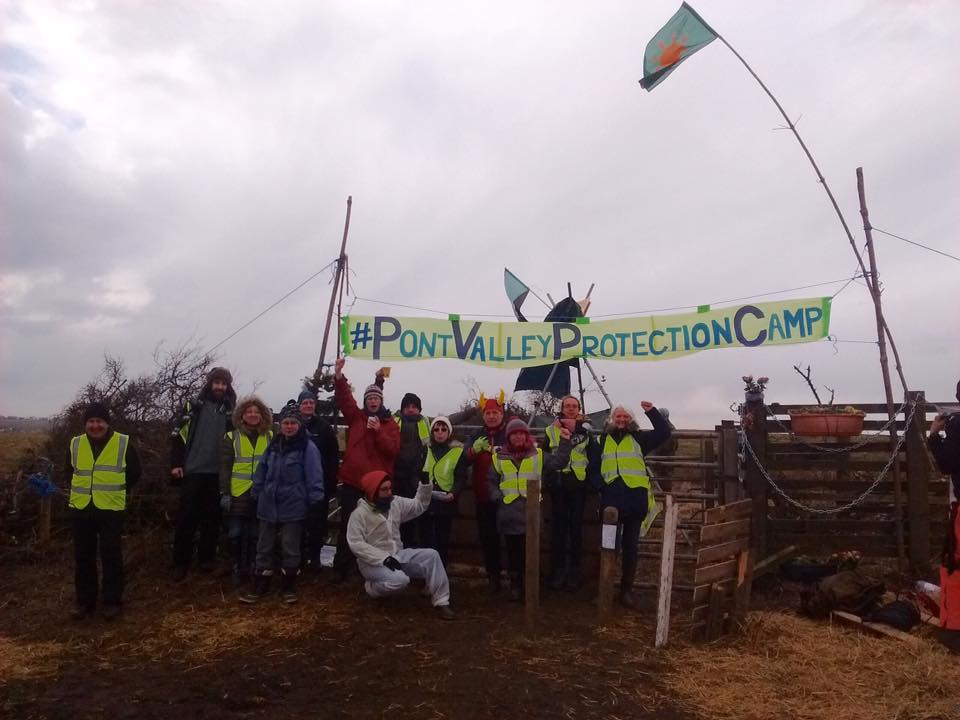 We won at the High Court! We are delighted with this news. It now means that our prosecution against Banks Group for destroying the habitats of protected species can continue.

It was stopped in its tracks in February 2019 after Judge Cousins, of Teesside magistrates court threw it out on a technicality.

Lord Justice Dingemans and Mr Justice Stuart-Smith quashed Judge Cousins decision and reopened the door for us to continue with the case against Banks.

It wouldn't have been possible to do this without all your support. It has cost a lot to challenge the Judge's decision. But we are hopeful we will get our costs paid for this. If we do, then all this money will go towards paying for the private prosecution.

We are in the high court again tomorrow. I had to fight to get costs protection after Banks Group tried to claim £60,000 of costs from us. This time our lawyers are putting the case to the judge that the technicality for why our case was thrown out was incorrect (it was absurd) and that the case against Banks Group for destroying the habitats should be allowed to proceed (we want justice).

Thanks for your support towards reaching this goal.

In Leeds high court on Thursday 28th November Judge Freeman considered my appeal against the court’s refusal  to grant me protection under the Aarhaus Convention for my private prosecution against HJ Banks for the destruction of a wildlife habitat at the Bradley Opencast coal mine at Leadgate Co Durham.

The Aarhaus convention provides protection for people seeking to hold companies to account for environmental destruction.

HJ Banks argument was, that it was not an Aarhaus protected matter and that I was a front for an unknown organisation, that they admitted they could not find anything about!

This is nothing short of a massive victory, Banks were claiming £60k in costs and costs to my own lawyers were over £20k. Banks will now be paying my lawyers as we won. This means the funds we have raised can be used to help us fund the next step of this lengthy legal battle. I will update you to the next stage shortly.

So it’s one more step down the line to holding Banks to account and I am deeply grateful to all of you who have stood shoulder to shoulder with me along the way.

I am really impressed by all the people who have supported my crowdfunder:

We reached the first target in just a day! And as of 5th November, we have raised £3614 from over 150 backers. Incredible! It shows how much people really want to stop fossil fuel companies from doing what they like. Banks Group need to know this. Instead of continuing to dig up coal in North West Durham they need to listen to all of us. They need to accept the harm their actions have caused to wildlife  and communities. But until Mr Harry Banks has a change of heart, then it is up to us to to hold them to account.

Please keep sharing this crowdfunder with friends and networks to help us reach our second target of £5000.