On 16th July 2015 Theresa May, then Home Secretary, announced a public inquiry into undercover policing. This announcement followed revelations that police officers involved in spying on political campaigners had intimate relationships with women, fathered children, and in some cases acted as agent provocateurs.

Undercover political policing in Scotland is extensively documented in a report we especially commissioned for my case. You can view that report here as well as further information about the background to the case, and my involvement in it, here.

Despite proof that dozens of activists were spied upon in Scotland, the public inquiry into these violations has been limited only to England and to Wales. However, the need for an inquiry into undercover political policing required north of the border. I am appealing the decision not to move forward with a full legal challenge of this decision - but I need your support. Please contribute now and share this page with your friends, family and on social media. 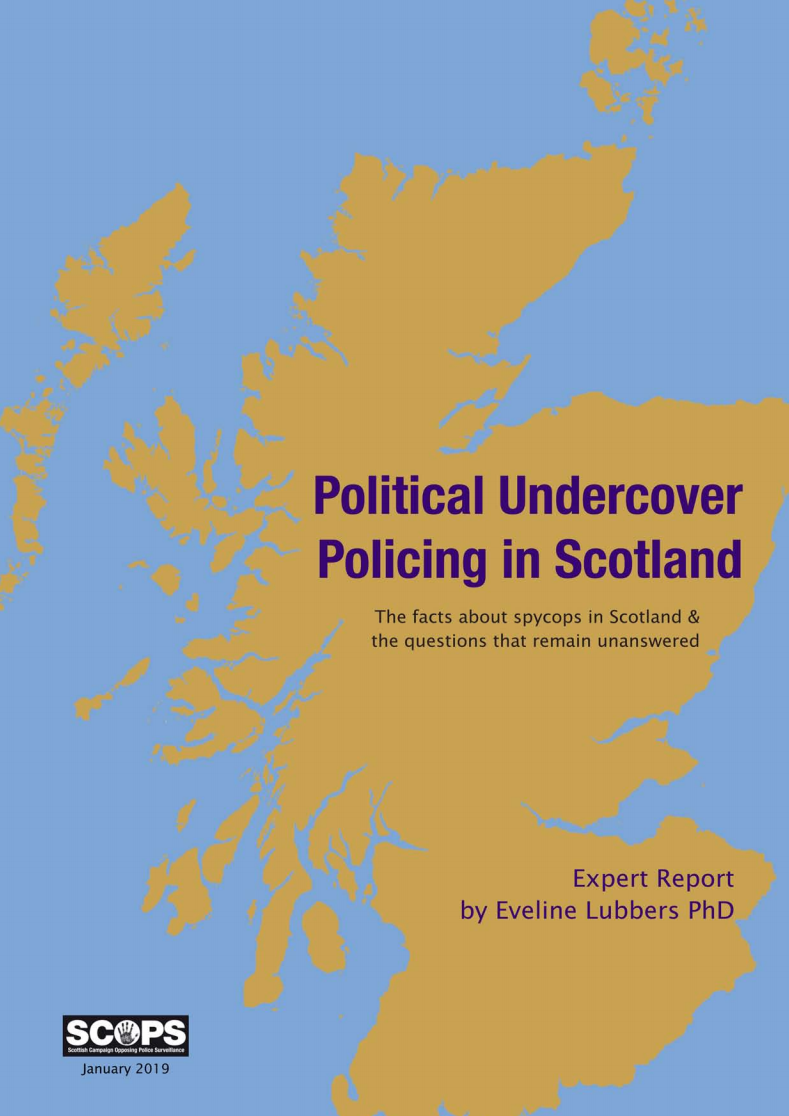 The case so far

On 24th October 2016 I launched judicial review proceedings against both the Home Office and the Scottish Government. I sought to challenge the former’s failure to extend the Pitchford (now Mitting) Inquiry to Scotland as well as the latter’s failure to instigate its own national Inquiry.

On 14 September 2017, Lord Brailsford of Edinburgh’s Court of Session decided to grant permission for a full judicial review hearing to take place. At a hearing on 19th July 2018, however, the Court of Session ruled that in refusing to extend the undercover policing inquiry to Scotland, neither the UK nor the Scottish government had acted unlawfully.

Why the Court is wrong

During the hearing, the Respondents admitted that a public inquiry would satisfy their duties under Article 8 of the European Convention of Human Rights (the Right to Private Life). Under Article 14 of the Convention, however, such duties must be performed without discrimination on the grounds of geographical location. We argued, therefore, that the Respondents’ failure to instigate an inquiry was incompatible with the Convention.

We also submitted to the Court our specially commissioned, independent report on undercover political policing in Scotland. This report documents the extensive interference and surveillance, over many decades and in many reputable and admirable campaigns and movements including trade unions.

Lady Carmichael, in her judgment, refused to consider the human rights argument on what we consider to be flawed and irrelevant technical grounds. She also dismissed out-of-hand the relevance of the report. We consider her judgment to be egregiously conservative, opaque and self-contradictory.

We are challenging the opaqueness and misdeeds of powerful institutions within a conservative legal framework - this struggle was never going to be easy. However, the thirst for justice of all those affected remains behind us and we will not let our voices be silenced.

Our legal case will shed light upon historical injustices perpetrated against the blacklisted construction workers, falsely convicted environmentalists and trade union activists who were victims of police spying.

From the deployment of Metropolitan Police spies at the G8 summit to the management of spying units by the then head of Scottish Police, the actions of police spies in Scotland should not be excluded from an inquiry or indeed from truth and justice.

We are seeking a Protected Expenses Order from the Court. This will protect me from adverse costs should the case not be successful. I am no longer eligible for legal aid.

If we secure protection we will proceed to full Appeal against the earlier decision of the Court. We suspect that the UK and Scottish government will oppose this – but we hope the Court, in the interest of justice – will grant me protection.