The Scotsman is reporting on our campaign - http://www.scotsman.com/news/politics/nicola-sturgeon-urged-to-do-more-to-help-scottish-victims-of-ira-1-4478436

Today we are launching the second stage in our campaign to uncover who was responsible for the IRA murders of three off-duty British soldiers:  Royal Highland Fusiliers Dougald McCaughey, John McCaig and Joseph McCaig.

In January, we launched our official campaign for justice on behalf of Dougald, John and Joe’s families.  Thanks to your kindness and generosity, the money we raised has allowed us to start our fight by:

Some of the state agencies and officials have been more cooperative than others but it is apparent that we will need to be making formal applications -- to court if necessary -- to get the information and materials we need.

Nonetheless, we have made real progress.  Fresh lines of enquiry must be followed if we are going to uncover who murdered Dougald, John and Joe.

At this stage, given the nature of the case, it is impossible to know the final cost of the actions that need to be taken but, to continue our battle, we continue to rely on your support.  Hitting our next target of £10,000 will allow us to keep going and report back to you when further progress has been made.

On the 10th of March 1971 in Belfast, Northern Ireland, three young Scottish soldiers were murdered in cold blood.  They were off-duty and, like any other boys their age, had spent the afternoon drinking in local bars.  Three IRA terrorists, posing as welcoming locals and fellow drinkers, befriended them, lured them away and into their car with the promise of a party and meeting some girls.  Instead, the boys were shot in the head and left by the side of the road.  Their bodies were found by three young children out playing.

The boys were Fusilier Dougald McCaughey (23), Fusilier John McCaig (17) and Fusilier Joseph McCaig (18).  John and Joseph were brothers.  They were the first soldiers to be killed off-duty during the Troubles after the IRA decided to escalate its atrocities by murdering off-duty soldiers.  They deserve justice.  Instead, the authorities have concealed the killers’ identities and allowed them to live out their days in freedom without fear of being prosecuted.

Why is this case important?

Not only is this case important to the boys’ families and loved ones, it is of significant public importance.

For the families and loved ones, this case offers:

For the general-public, this case could not be timelier.  It is a scandal that UK veterans of our armed-forces are being pursued for actions they took under orders and in the fight against terrorism.  We see this not only in Northern Ireland, but in Iraq and Afghanistan.

All the while, IRA terrorists have been granted effective amnesties and allowed to live out their days without fear of prosecution.  This discrimination must end and the scales of justice rebalanced.

Ultimately, all the boys’ families and loved ones want to know is the truth of who was responsible for their murder and, in knowing, the chance to hold them to account.  In doing so, they may find some peace in knowing that they have honoured their memory.

We are represented by McCue & Partners LLP, the UK's expert in counter-terror litigation, who have represented thousands of victims of terrorism worldwide in cases against the likes of the Real IRA, HAMAS and Muammar al-Gaddafi.  The Firm represented the families of the victims of the 1998 bombing of Omagh by the Real IRA, in ground-breaking and successful civil proceedings against the bombers and the terrorist organisation itself.  It was the first time that victims had brought a private prosecution against the terrorists when the state had failed or been unable to act.

The Scotsman is reporting on our campaign - http://www.scotsman.com/news/politics/nicola-sturgeon-urged-to-do-more-to-help-scottish-victims-of-ira-1-4478436

Yesterday, we met with the Scottish Conservative Party.

In contrast to the recent response from the SNP, the families were hugely encouraged by the support they were shown at that meeting.  The Scottish Government has a responsibility to the families to help them to uncover the truth about their loved ones murders and yesterday was an important step towards ensuring that happens. 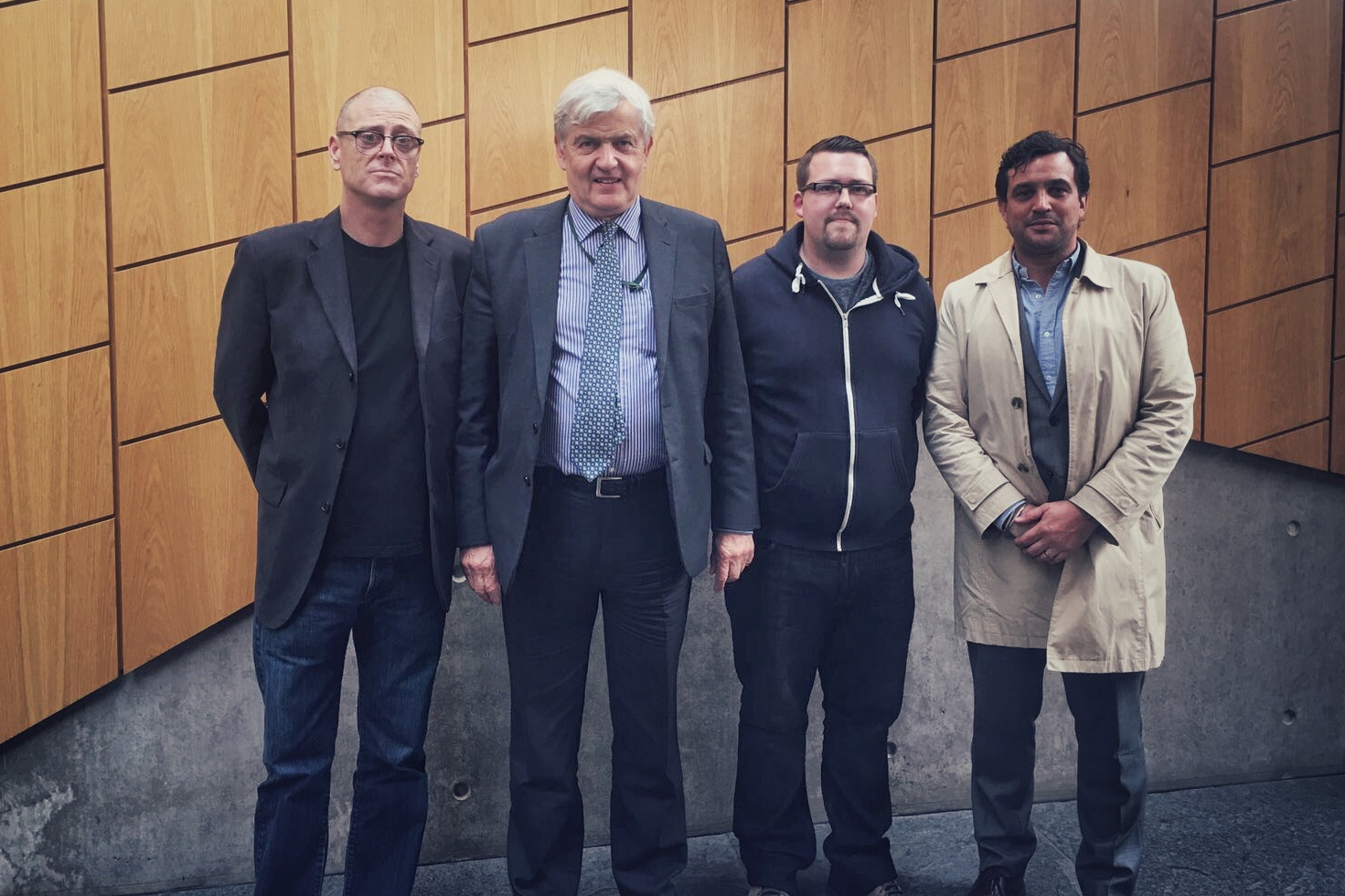 Here are some links to reporting on our meeting:

Please continue to support and donate.  We can't do this without you and we still need to hit our next target.

Today, the Three Scottish Soldiers Justice Campaign is meeting with the Scottish Conservative Party to discuss how it can help their campaign to uncover the truth behind the murders of Fusiliers Dougald McCaughey, John McCaig and Joseph McCaig.

This comes after a disappointing meeting the Scottish Government its Minister for Veterans, Keith Brown.

Mr. Brown has written to the families to tell them all the Scottish Government is prepared to do is write to its English, Northern Ireland and Irish counterparts to “raise awareness of the campaign.”  Surprisingly, Mr. Brown has told the families that it is a matter for Westminster not Holyrood.

In the wake of a number of recent reports of SNP members showing support for the IRA, the families believe the SNP should be doing more to restore the confidence of victims of terrorism.  They are also concerned that the SNP is not fulfilling its duty to uncover the truth around the murder of three Scottish citizens.

The families look forward to their meeting with the Scottish Conservative Party to hear its view as to whether the Scottish Government is doing enough to support the campaign.

Please continue to support and donate to the campaign.

Launching the next stage of our campaign

On behalf of the Three Scottish Soldiers Campaign for Justice, I am writing to express my heartfelt thanks for all the support you and the public have given us from our launch in January.  It has been nothing short of inspiring and that inspiration will only ensure our overall success in getting what the McCaig and McCaughey Families have been denied for 47 years, which is to uncover the truth behind the murder of their loved ones.

Thanks to your kindness and generosity, your support has allowed us already to:

- Review the existing police report and confirm that, even though their identities have not been disclosed to the families, the authorities know who carried out the murders.  We must get to the bottom of why this information isn’t being shared?

- Make formal requests to the Police Service of Northern Ireland, An Garda Siochana (the Irish police), the Metropolitan Police Service and the Intelligence Agencies.  Liaison with these agencies is ongoing.

- Conduct private enquiries based on leads we have uncovered ourselves to determine the names and locations of the chief suspects.  Significant information has come to light because of our campaign, including witnesses and sources coming forward due to the resulting publicity.

- Liaise and attend meetings with the Scottish Government, as well as politicians and officials in Westminster, to secure necessary assistance.  This too is ongoing.

We will shortly be launching the next phase of our crowdfunding campaign on CrowdJustice to carry on our fight.  It's hugely important work and I'm hoping I can count on your continued support.

We will email you again when the next phase goes live with further details but I wanted to give you a heads up now, as anything you can do to help on the day (whether it's donating or sharing on Facebook) will be hugely appreciated.