Scott Henery
Case Owner
I'm one of the Brighton 13, I'm a trainer for XR. I'm passionate about leaving a sustainable legacy for those who will follow us.
Share on Facebook

We are Extinction Rebellion Brighton, and we are your neighbours, your colleagues, your relatives and your friends. We spent two weeks in the April Rebellion in London that engaged more than ten thousand in a peaceful campaign of civil disobedience.

Our campaigns are a last resort attempt to provoke Government action to tackle the crises that mainstream science, and David Attenborough, tells us threatens the "collapse of civilisations".

We worked with what we had: our bodies, our minds and our hearts. Climate and ecological breakdown are ongoing crises that will devastate all of us in the UK with more floods, lethal storms, heatwaves and droughts.

We felt compelled to make this stand to force our Government to take notice of the dire emergency we face. Taking the risk of arrest was a massive life-changing decision for us.

Thirteen Brighton-based rebels were arrested in April. Twelve of us are starting our journey through the crown prosecution service for breaching a "Section 14 order" giving police the power to clear static protests from a specified area.

We have achieved a lot so far:

Our protests contributed to the enormous shift in public opinion with regards to the climate and ecological crisis. A YouGov poll showed that following the protests UK public concern for the environment was at the highest level on record since 2010.

We have started bringing around key politicians. Boris Johnson said we are "right to draw attention to the loss of habitat, and the extinction of species. They are also right to sound the alarm about all manner of human-made pollution, including CO2." John McDonnell said, "Extinction Rebellion has successfully raised the profile of the climate threat and focused the minds of us all on the action needed."

Less than three weeks after the start of the April rebellion, MPs passed a motion making the UK parliament the first in the world to declare an "environment and climate emergency".

We don't want to give up now. There is still so much more to do to ensure our Government takes action to mitigate climate devastation. Legal costs must not be seen to impede our continued action.

We are raising funds to support our rebels through the courts. Your support will go towards the cost of legal defence and will especially help those who don't qualify for legal aid.

It is not possible at this stage to project the total needed to support our arrestees. However, we know it's likely that each case will cost several thousand pounds in legal fees. We are starting with an initial target of £25,000 which may need to increase as and when more of us are charged.

We need your support to raise these funds. Please contribute what you can now and then share this page with your friends, family and on social media.

Meet some of the arrestees: 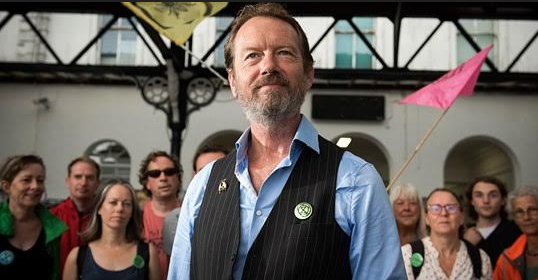 John Dowle, 55, self-employed gardener in Brighton. I have three children.

I chose to be arrested at Oxford Circus on April 19th. As I explained to the Argus on Friday, I felt I had no choice but to act together with other members of the Extinction Rebellion. This was one of the tactics to push the issue of climate change into the news and people's minds.

In the past, I have been aware of the climate issue. In 2001 I marched in London regarding the Kyoto protocol. I have tried to live lightly on the earth, growing my own food etc. We need change, and we need it now! 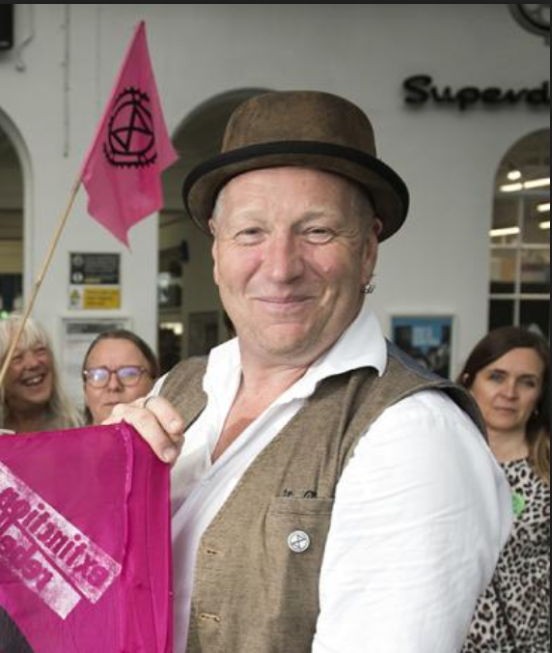 On 18/4/19, I was arrested for breach of section 14 of the public order act 1986. I decided to take action, not because of my political beliefs or opinions. I have no criminal record and have worked extremely hard all my adult life to build a home and future for my children. Yet this means nothing as I am terrified for there future, and I decided to take action because of what leading scientists are telling us about the extreme urgency of the threat from climate change, and the likelihood that without an urgent change, of course, humanity will have passed the point of no return in just 11 years.

The consequences are likely to be devastating not just for me, my family and others close to me, but for everyone, in this country and around the world. In those circumstances, it is not just that I felt I was bound to take action. I believe that to stand by and do nothing, while our common home is on fire, would be profoundly and morally wrong.

I heard that when the police tried to reopen Waterloo Bridge, a group of older people went and sat in front of some younger Rebels. Saying like "we are old, have the benefits and have less to lose - we should go first."

As a father nearing 60, I'm convinced that as many of us who can need to be arrested.

I have marched, petitioned, and protested most of my life. This court case won't stop us or the thousands Rising Our House is on fire!