by Pups Not Profit

Wow! We did it! THANK YOU

We raised enough money to have our solicitors instruct a barrister to give us an opinion on the merits of an appeal. The money was raised in an incredibly short time and we are so very grateful to al…

We campaign against puppy farming -  a terrible industry that can cause pain and suffering to animals*, can pollute the environment and sometimes brings heartbreak to thousands of people who unwittingly adopt sick** and unsocialised puppies. It’s a gruesome industry that must end. 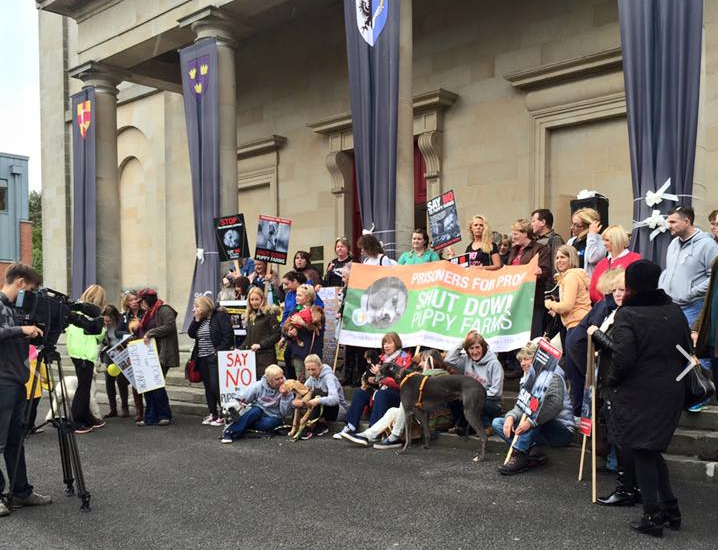 Unfortunately, puppy farming is legal in Ireland. Young puppies that often don't have the required vaccinations are exported from here to the UK and other European countries. Our long term goal is to change the law, but in the meantime we are trying to ensure that dogs doomed to lead the rest of their lives on these farms, at least have facilities that meet their most basic  physical and social needs and that the farms do not do irreparable damage to the environment.

WHAT ARE WE TRYING TO DO?

Raymond Cullivan runs one of the largest puppy farms in Ireland. His shocking treatment of animals has been exposed by BBC Panorama (https://www.youtube.com/watch?v=VHidnvMBIwU) and the conditions that animals were kept in up to May 2016 can be seen in the images on this page. Additionally we have copies of complaint forms sent to the ISPCA regarding the treatment of animals on this puppy farm ***. Even though experts consider his practises a disgrace and tantamount to abuse****, this law-breaker*****  has now been granted a licence to breed 350 dogs - we believe it to be cruelty on an industrial scale. 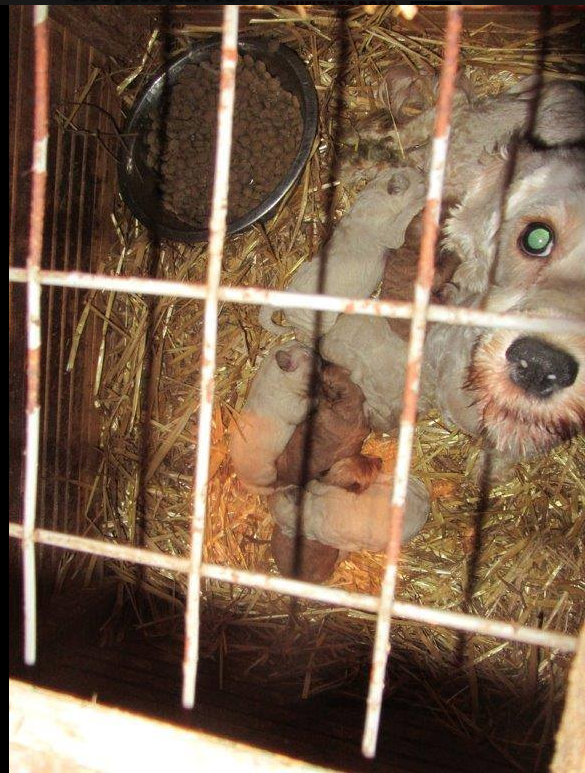 (Image of the whelping bitches kept in illegal wooden crates on Ray Cullivan's puppy farm in early 2016. Despite these crates being illegal the county vet only took action to have them removed after this footage aired)

We want to take the Irish Planning Authority (An Bord Pleanala) to the High Court to challenge their decision. This is a two-step process. Step one involves us determining whether we have good grounds to appeal. This will cost €2900 / US$3,400.

We really need your help to raise this money and we need to raise it fast. If there are good grounds to appeal this decision, then step 2 will kick in, and we will again start raising funds for the next part of the legal process.

WHAT ARE WE HOPING TO ACHIEVE?

At the very least, we hope to give these dogs a better life. But if we can significantly reduce the number of dogs puppy farmers are licensed to breed, not only do we save hundreds of dogs from needless suffering, we can make puppy farming unprofitable for these cruel individuals who only care about money.  We can also protect Ireland's precious waterways and wildlife that we believe puppy farms pose a threat to.

At the moment the Irish planning authority does not care about animal welfare – but with your support we can make them!

***** Cullivan operated without planning permission - this is a matter of record and can be determined with reference to the planning enforcement notices. Cullivan exported puppies to the UK without the required BALAI certification (email David McGhie (UK Trading Standards) to Michael O'Sullivan (Cavan Co Co vet on 5 November 2015)). Operated his puppy farm in breach of the Dog Breeding Establishment Act and Guidelines (enforcement notices issued by Cavan Co Co in 2016 following inspections by ISPCA, and county vets). We also understand that his daughter who operated the UK part of the business owes huge sums of money to HMRC (https://www.dailyrecord.co.uk/news/scottish-news/scotlands-worst-puppy-traders-targeted-10682566).

Wow! We did it! THANK YOU

We raised enough money to have our solicitors instruct a barrister to give us an opinion on the merits of an appeal. The money was raised in an incredibly short time and we are so very grateful to all of you for supporting this. Thank you so much. You are helping us challenge these officials in ways they haven't been challenged before and allowing us to take action to better the lives of many animals. We have said it before - but we mean it form the bottom of hearts - we wouldn't be able to do this without your kind and generous support.

As mentioned previously the opinion we sought covered 2 areas:

1. The merits of appealing the An Bord Pleanala decision granting Ray Cullivan planning permission for 350 dogs

2. The merits of challenging Cavan County Council's interpretation of the word "dog" as meaning "adult dog" (we think the word "dog" should include puppies. If this interpretation is correct it will substantially reduce the number of dogs both Cullivan and Mulvaney can keep on their puppy farms as the number will have to include the hundreds, possibly thousands, of puppies they breed every year)

Counsel was instructed and we have received the opinion. We are going through it all now and hope to come back to you very soon with our plan of action and potential next steps.

In terms of the money raised, it has been put towards solicitors and counsel's fees. The total invoice amount was £4,066.20. We believe this was worth every cent as we now have very clear advice on the prospects of the two potential appeals.

We will update you all again very soon.