Join the fight to stop any more Smart Motorway deaths

Join the fight to stop any more Smart Motorway deaths

Claire Mercer from Smart Motorways Kill
Case Owner
We found out the hard way just how dangerous All Lane Running Smart Motorways are and we want to stop anyone else going through what we have.
1
day to go
£10,570
pledged of £20,000 stretch target from 299 pledges
Pledge now

Claire Mercer from Smart Motorways Kill
Case Owner
We found out the hard way just how dangerous All Lane Running Smart Motorways are and we want to stop anyone else going through what we have.
Pledge now

Thank you for all your support, I know the word has turned upside down in the last few month, but our judicial review is still going ahead!

My family, Irwin Mitchell. the experts they have broug…

My Name is Claire Mercer and three months ago my husband, Jason Mercer, was killed on an All Lanes Running (ALR) 'Smart Motorway'.

Alexandru Murgeanu was also killed in the same incident, he was just 22 years old.

With my family as a campaign team and an army of people who feel as strongly as we do about the dangers of 'smart motorways' we are calling for an immediate halt to them, particularly ALR motorways, where there is never a hard shoulder. To do this we need a judicial review of the decision to bring them in.

We can't bring this legal action alone. If you believe Smart Motorways are dangerous please contribute whatever you can and share this page with your friends, family and on social media. 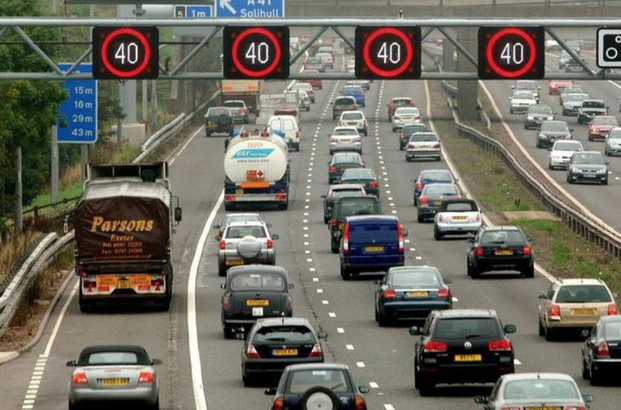 Jason and Alexandru had a minor collision on the M1 near junction 34. In order to assess damage and swap details, they pulled over as far to the left side of the motorway as they could, but were limited by barriers and bankings.

Because this section of motorway is ALR there was no hard shoulder and they were not to know the nearest Emergency Refuge Area was out of sight, a mile away.
The technology provided in this stretch of motorway and indeed in over 80% of all 'smart motorways' is not capable of detecting when only a few cars stop in live lanes, so the lane wasn't closed until after they were killed by a HGV six minutes later.

Unfortunately this is not an isolated incident, 4 people have now died on just this stretch of motorway in the last ten months, in fact there another "Live Lane Incident" at J29 last night, but it’s also happening all over the country, its only just coming to light how many of these incidents are on and because of, smart motorways.

The horrific truth of just how dangerous so-called Smart Motorways are is only now starting to come out.

We need a Judicial review of the decision to allow Smart Motorways to be brought in.

"Judicial Review: A Judicial review (JR) is the process by which judges examine the decisions of public bodies and consider whether the law has been correctly followed"

We need your help to fund the legal fight to stop more people dying or being injured for the sake of budgets, income generated by penalty fines and spreadsheets showing formulas of cost against KSI (killed, seriously injured!)

We have instructed Yogi Amin, Partner and National Head at Irwin Mitchell LLP. Who has stated that this is a very important case which will have a wide ranging impact. His concerns echo those already provided in several reports by the Parliamentary Transport Select Committee, who have called for an immediate halt to smart motorways.

We need to raise approx. £2,000 initially to start the paperwork/application for a Judicial Review and a total of £20,000 to take the fight all the way to court. All funds will be transferred directly to our legal team.

Jason was an amazing, multi-faceted man who stood out in a crowd. He believed in equality and he fought to defend his and other rights, he loved all types of music from classical to heavy metal. he worked hard, drank knowledge in like a sponge and defined his worth by his ability to look after me and others. My family, his sister’s family and I have lost an absolute diamond, in the cruellest manner. The only thing that helps us while we try to come to terms with this loss, is trying to stop the same happening to others.

Thank you very much for your support.

Thank you for all your support, I know the word has turned upside down in the last few month, but our judicial review is still going ahead!

My family, Irwin Mitchell. the experts they have brought in and myself have all been continuing to work on this through lock down, obviously court cases have been delayed by cvd-19.

The full cost of the case will actually be nearer £100,000 but we didn't want to set what seemed an unachievable target, we are determined one way or another that this IS going ahead it would just be very helpful (!) if I didn't have to remortgage to achieve it!

Again please ignore the counter down time on the crowdfunder page, I don't know why it's there, its not correct and just resets when it reaches 0.

The government announced their response to their review of smart motorways on Thursday the 12th of March, we didn't expect much because again, its the government checking the government, but what was announced was frankly offensive!

The Secretary of State for Transport, Grant Shapps, phoned me the night before the announcement to "run the 18 point plan passed" me. I think he also wanted to be able to say that we at SMK agreed with them, but he was left in no uncertain terms that we do not.  I picked out just two of the points and asked for a detailed break down of how they would be implemented and he repeatedly failed to give me an answer that made any sense.

Some of the 18 points rely more on technology, when we now know that the limited tech (radar/svd) that there is, doesn't work properly (admitted by H.E in documents to a coroner in the death of an 8 y/o boy)  but we're going to have more of that!
AND artificial intelligence camera's! i.e. cameras that aren't watched!!!   we have that already too.

H.E are going to use third party traffic apps to get updates!!!! why is the government department responsible for traffic using third party apps to get traffic information?

And a £5 million education campaign.  How do you educate a broken car into moving again?

As you can see these measures are just plasters to cover cracks, they don't go anywhere near far enough and we will not accept them, SMK will be carrying on with the legal action, till we get the hard shoulder back in every single instance.

But we need your help, please donate and share this crowd fund.

Our websites and social media details

all of the above are updated and monitored very regularly and have ways to contact us directly.

We are really starting to get somewhere now! also ignore the "days left" counter

We can do this, we are really getting some traction now and the donations are really starting to add up, Thank you.
We do understand that not everyone is in a position to donate.

Again ignore the days left counter,  its a silly feature that I wish could be removed as now we have raised this much there is not a set number of days to do it in, we have as long as we need.

Well! that blew up didn't it, Finally we are getting some real coverage

Firstly thank you again to everyone! every little bit helps. I've said from the start if everyone that hates smart motorways just gave £1 we'd more than cover the fees!

You may have seen but we've at last started to get some real coverage. There has been a lot of newspaper articles,  TV and radio news coverage and even Panorama and Inside out.
The Panorama Episode on Smart Motorways, which I will be in, airs this Monday at 8:30 on BBC 1

below are links to just a few of the recent interviews:

Sorry its been a bit quiet on the legal case front, Irwin Mitchell are still working away in the back ground, it is all still going ahead.

Unfortunately it all just takes time. We need to make sure every potential loop hole is blocked, so this case cant be just thrown out on a technicality.

In the mean time our website (smartmotorwayskill.co.uk) and Facebook and twitter page have been busier than ever. We have contributors detailing their experiences and opinions, students doing surveys on smart motorways for their dissertations and more and more newspapers, tv program researchers and radio stations getting in touch.

This is a subject that isn't going to go away.

As ever thank you for your support

Review off S.M announced and I'm meeting the Transport Minster

Again please ignore the "number of days left" countdown timer, it just resets when it gets to 0. I've asked for it to be removed but it cant be for some reason. The count down only applied to the initial £2000, which we've already secured.

We are doing so much better than the nay sayers said we would do, but we do have a long way to go (but we also have a while to do it in :) )  nothing moves quickly in the legal world.
So please keep sharing and posting about our crowd funder, it all helps.

With the recently announced review of smart motorways by the government its bought a lot of attention back to this subject, nothings certain yet with all the moneys they've spent and therefore their jobs on the line any 'review' could just conclude "yeah their fine" it is the government checking the government after all.

Also I will be meeting the transport minster soon, so stay tuned for that!

We got there!! we got to the initial target

Thank you so much

Thank you so much for the donations, they really will make a difference. That's why a judicial review is the route we've chosen, because this is not about compensation, this is about getting smart motorways stopped. They have been sneaked in by the back door, no education given on what to do in if you have a problem and now Highways England are saying painting the refuge areas bright orange will sort everything!  if there nearest 'ERA' is a mile away it doesn't matter what colour it is, you cant see it.
We do need to get the the £2000 marker asap not just so the paperwork application can be started, but also to prove the strength of feeling is there to take this case the whole way.