William Kenealy
Case Owner
Chairman of the Melbury & Cann Parish Council. As a small rural community, we need public assistance in order to raise the necessary funds for court costs.
Funded
on 05th April 2018
£7,255
pledged of £12,000 stretch target from 113 pledges

William Kenealy
Case Owner
Chairman of the Melbury & Cann Parish Council. As a small rural community, we need public assistance in order to raise the necessary funds for court costs.
Share on Facebook

Melbury Abbas is a 1,000 year old village that lies in an Area of Outstanding Natural Beauty in Dorset. Thanks to the decisions of Dorset County Council, it is slowly being destroyed by heavy goods vehicles (HGVs) that are being deliberately routed through the village.

The road that the HGVs use is the main road in and out of the village, and it is totally unsuitable for large vehicles: the road is narrow, has multiple sharp bends, with steep hills at both ends of the village.

What are we protecting?

As well as the village of Melbury Abbas itself, the C13 also passes through Dinah's Hollow, a rare example of a "holloway" - one of the ancient roads that cross Wessex and which over centuries have carved themselves deep into the landscape. Dinah's Hollow has featured in the national press -https://www.theguardian.com/environment/2015/mar/23/dorset-hollow-way-closed - as an example of its kind. Sadly, and over the heads of residents, Dorset County Council has radically altered the face of this road with works that are totally insensitive to its historic value and its setting (see image below). This campaign is intended to ensure more sensitive management of the historic landscape along the C13. 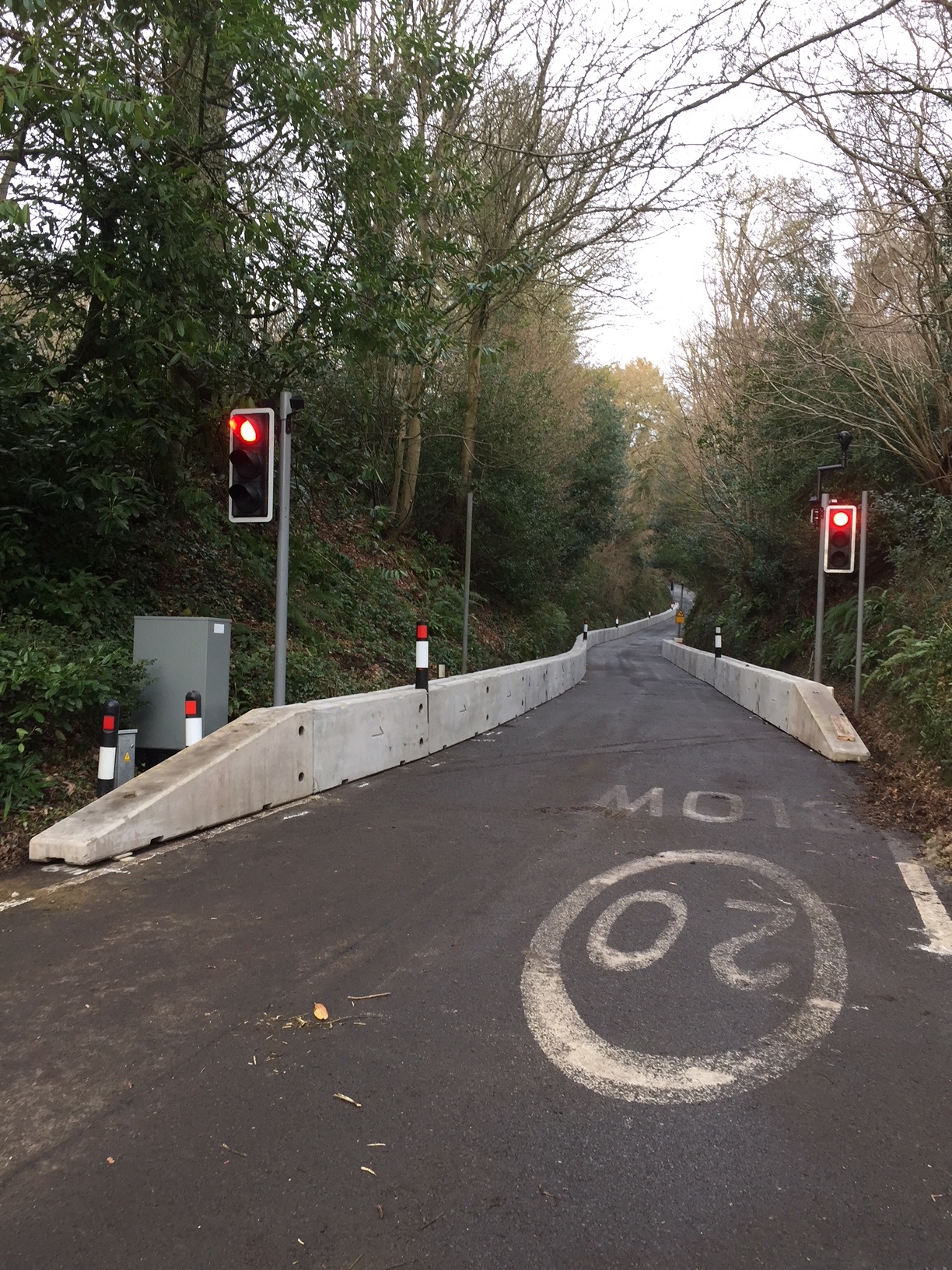 In the past year alone, the police have been called to close the road 15 times for incidents involving HGVs; aside from this the traffic is brought to a standstill multiple times on a daily basis. There have been over 900 jams lasting an average 34 minutes in the past 12 months. The situation is so severe that Dorset's fire and ambulance services vehicles on call are regularly trapped or forced to reverse course, and they have both written to the County Council asking them to direct HGVs away from the village. The ongoing HGV traffic also continues to justify the desecration of Dinah's Hollow. 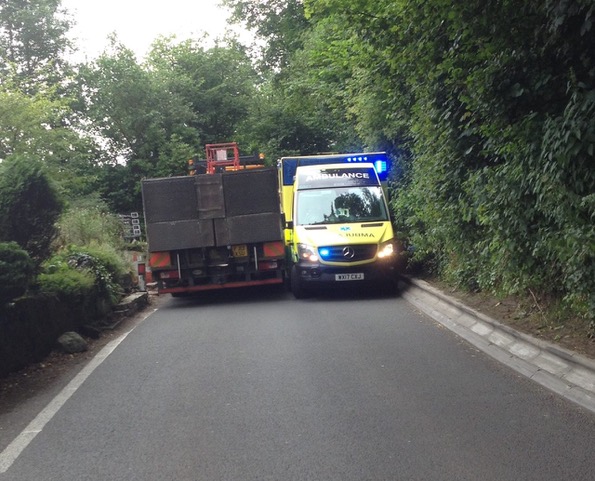 In recent years, HGVs have caused several landslips that have closed the road for months at a time. The local Church cemetery is being brought close to collapsing into the road, and local heritage and any sense of rural tranquility is being obliterated. Meanwhile, residents' properties are being regularly damaged, and it is barely safe enough to walk out of the front door and down the street.

Despite all of these issues, on 6th December the County Council voted to continue to direct HGV's onto the C13.  To add insult to injury, the Council's consultation process was flawed: residents in the wider area were never consulted with the full range of alternative options.

Melbury Abbas and Cann Group Parish Council is now seeking to challenge the Council’s decision through the Courts, and to achieve a sensible traffic management system that keeps vehicles above 7.5 tonnes out of one of England's historic villages and away from the vulnerable ancient holloway.

We have already raised the funds for launching the claim in the High Court.  However, we have not yet raised the funds for taking the case forward to the permission stage and (we hope) on to trial.  We will also be at risk of adverse costs if Dorset County Council are successful against us.  We estimate that we need to raise a further £5,000 to cover these costs and cost risks going forward.