by Save Victoria Tower Gardens Campaign

As the world descends into total chaos…. 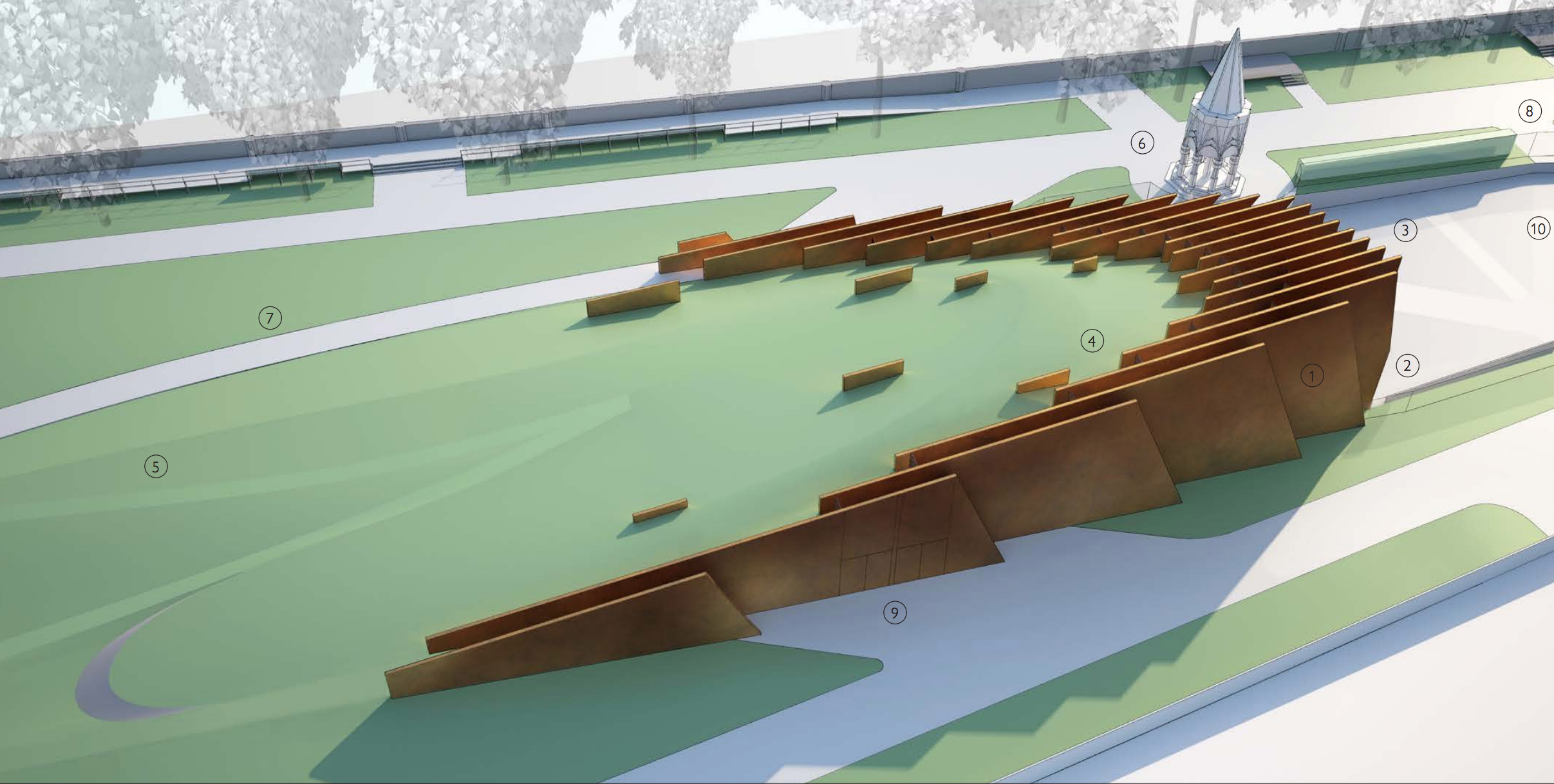 ....and it has become so very difficult to focus on anything other than the dreaded Coronavirus, matters that were central to our lives only weeks ago have suddenly been pushed to one side - as we fo…

The Save Victoria Tower Gardens Campaign group is fighting to prevent the Government from building a huge Holocaust Memorial and underground Learning Centre in the Listed Grade 2 riverside park next to Parliament.

We strongly support the Government’s wish to memorialise the Holocaust, and to improve education around racism and anti-Semitism. However, we believe that this park is the wrong site for ANY BUILDING. London’s precious parks should be preserved at all costs as untouched areas of greenery, to be enjoyed by the thousands of people who live or work nearby, or who come as visitors. It is our legacy to future generations.

A bit of background

The original report by the Holocaust Commission identified three potential sites for the Holocaust Memorial. The Commission could have, but did not, include VTG, presumably because it understood that parks are off-limits to development, and recognised that this one, specifically,  was too small to accommodate the original brief.

Our campaign began in January 2016 when, without consultation or debate, it was announced that Victoria Tower Gardens was the chosen site for both the Memorial and associated underground Learning Centre. 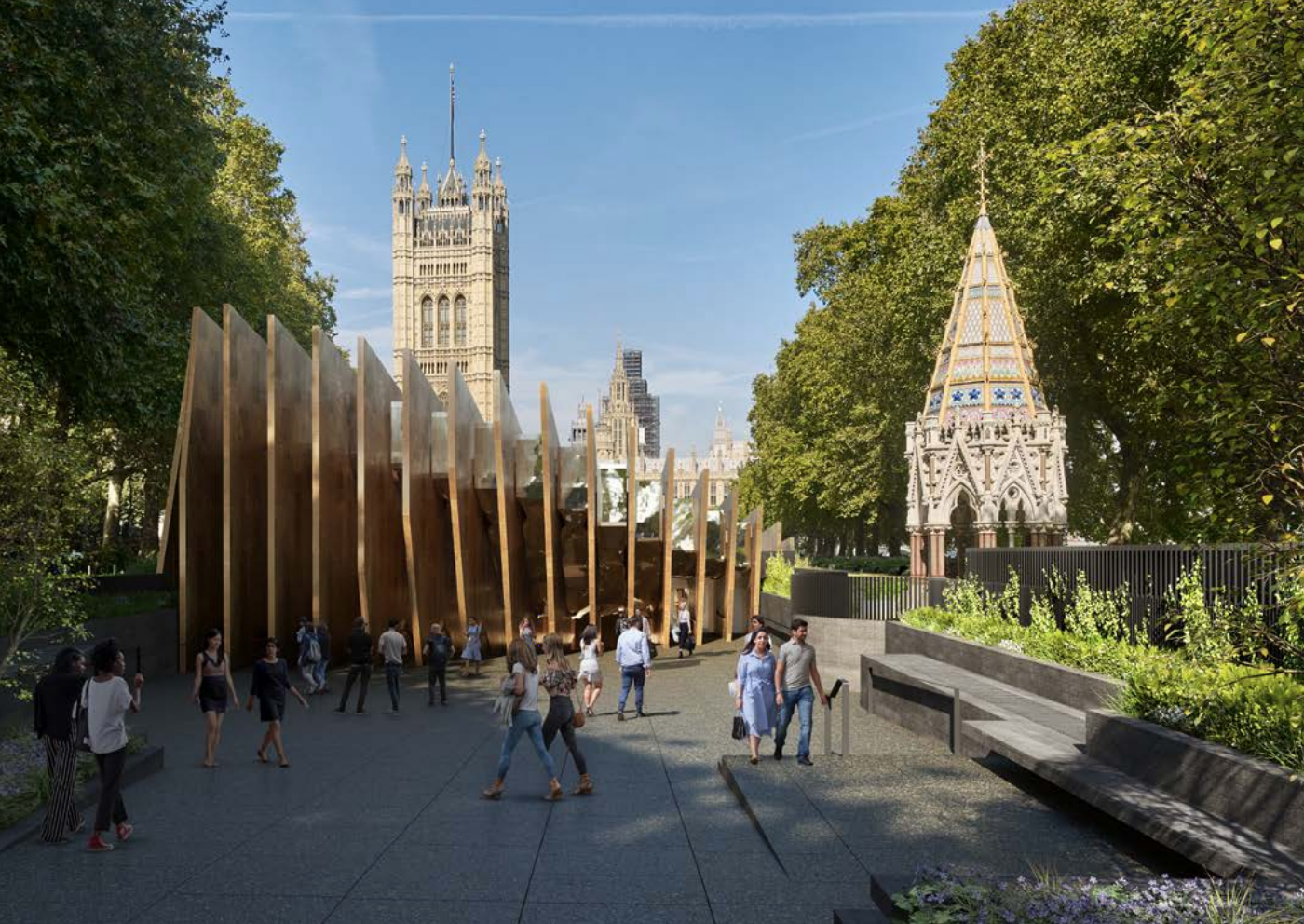 Why is this the wrong place?

Broadly speaking, our arguments are: 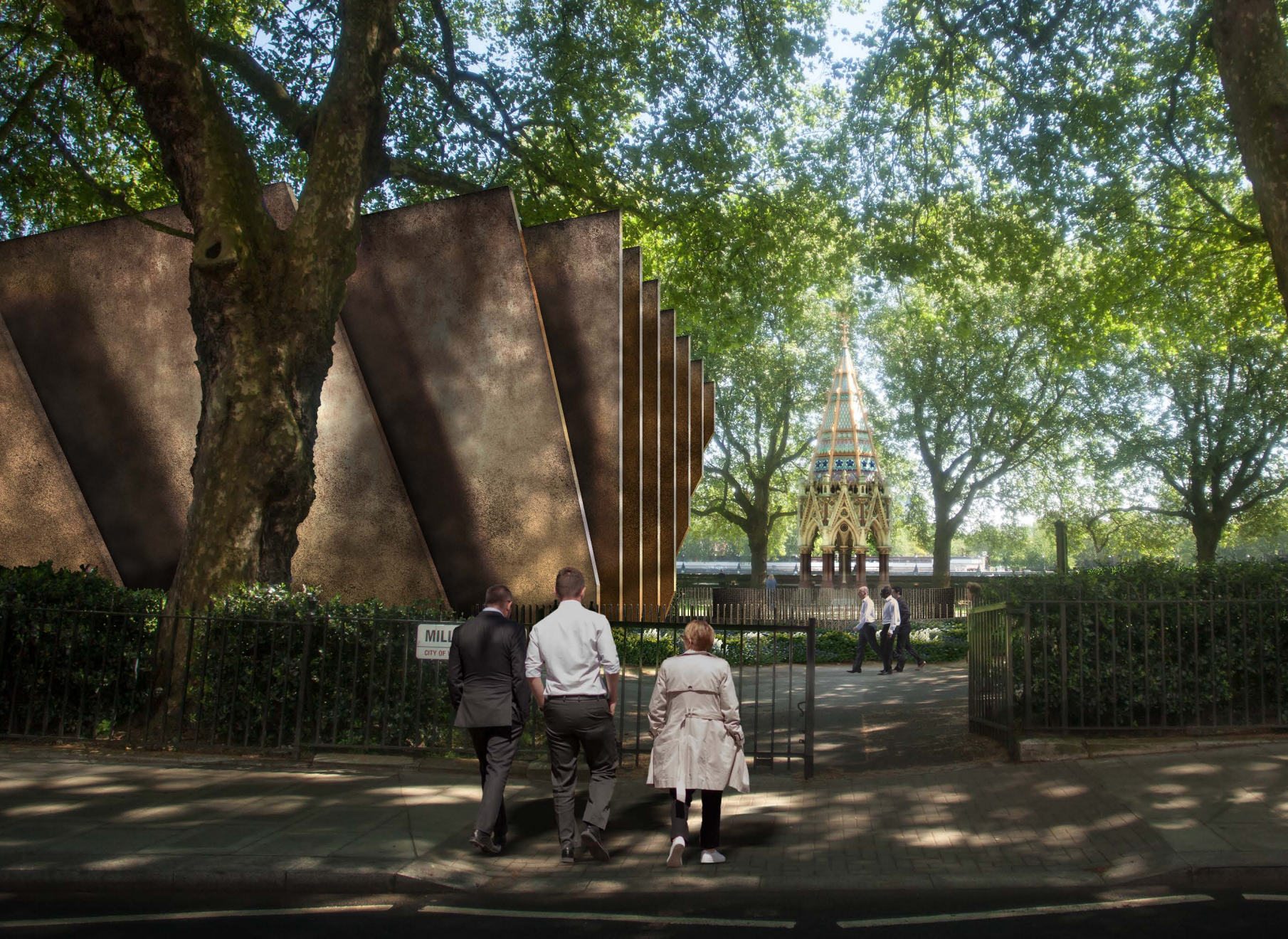 Having applied to Westminster Council for planning permission, but anticipating a refusal, the Government decided in late 2019 to ‘call in’ its own application. The first step of this process involves a public inquiry, conducted by a Planning Inspector, who then submits a recommendation to the Secretary of State, for approval or refusal. At this point, having read all the background documents, the Secretary of State will reach his or her decision as to the fate of the project.

As of 11 February 2020, Westminster Council has unanimously delivered the refusal that was expected. This is excellent news for our campaign, though we are now facing the next, important stage of this fight – the Planning Inquiry.

It is imperative that we present our very strong case in a way that both the Inspector and the Minister will find compelling. The planning issues involved are complex, and we need expert advice.

With a May start date for the Inquiry, we urgently need to instruct a solicitor, a junior barrister and a senior planning QC, to help us structure, argue and present our evidence so as to be irrefutable.

How much do we need to raise?

Taking on the government doesn’t come cheap, and despite calling in all the volunteer and pro bono support we can get, it’s going to be a costly battle. At this stage we need to raise the £10 000 required to get advice and start preparing our case. We will then need further funds to carry us through to representation at the Inquiry.

We’re extremely grateful to anyone who is able to help us.  There are important principles at stake, mainly the protection of parks for their recreational value, and the need for Government to abide by its own planning policies; ones that, in this case, are supported by all the statutory consultees. 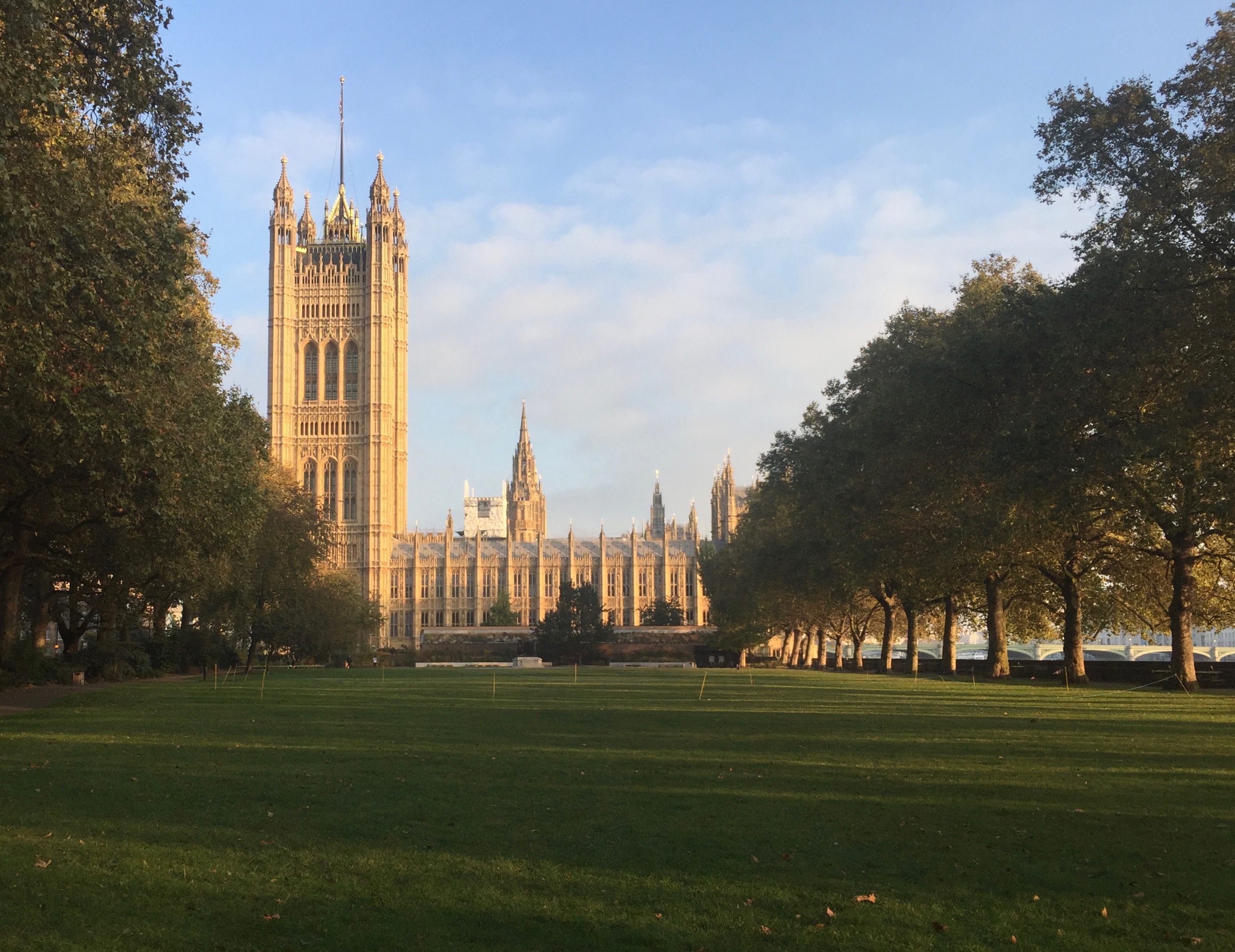 Victoria Towers Gardens as it will be, if planning permission is granted 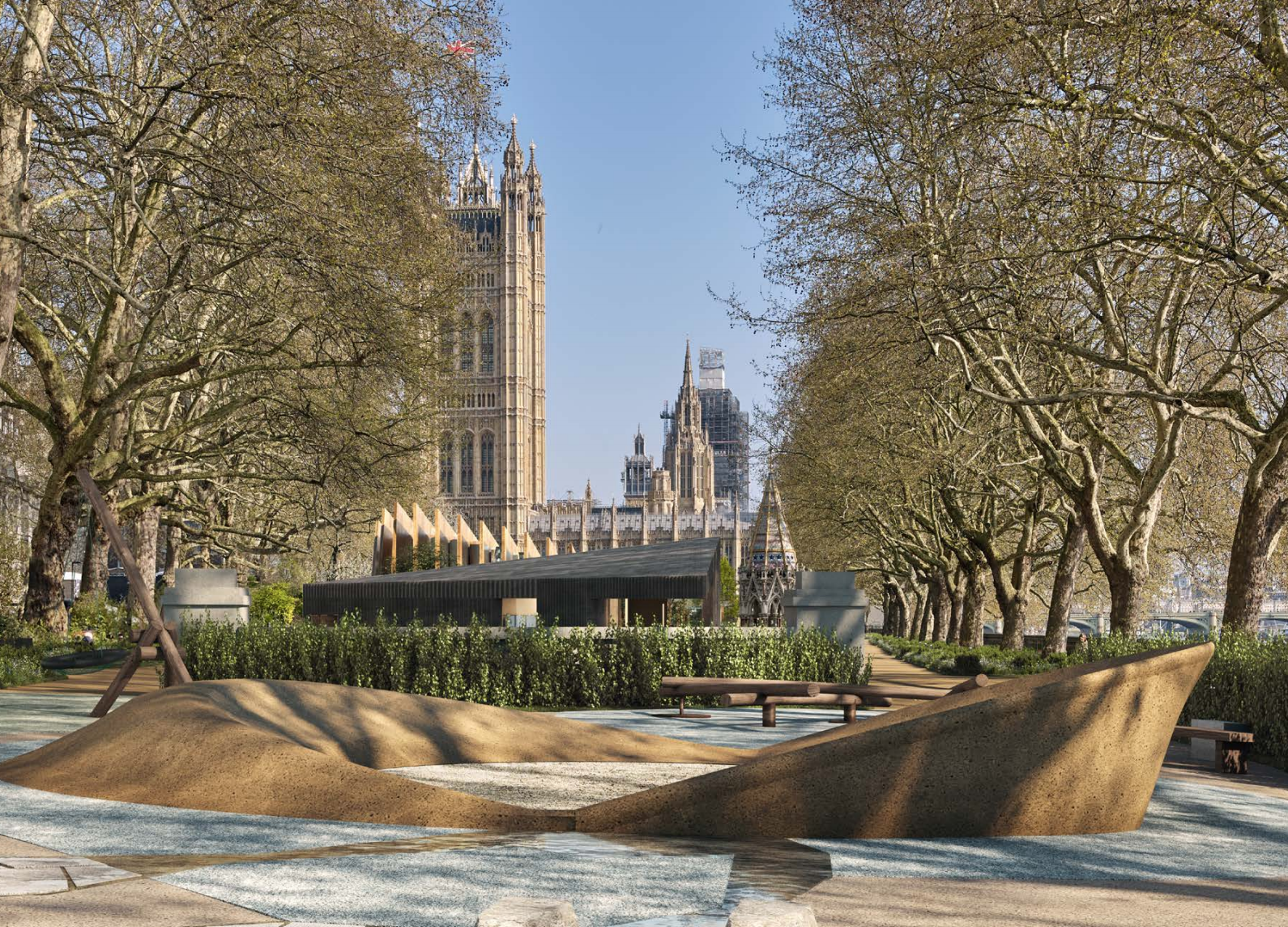 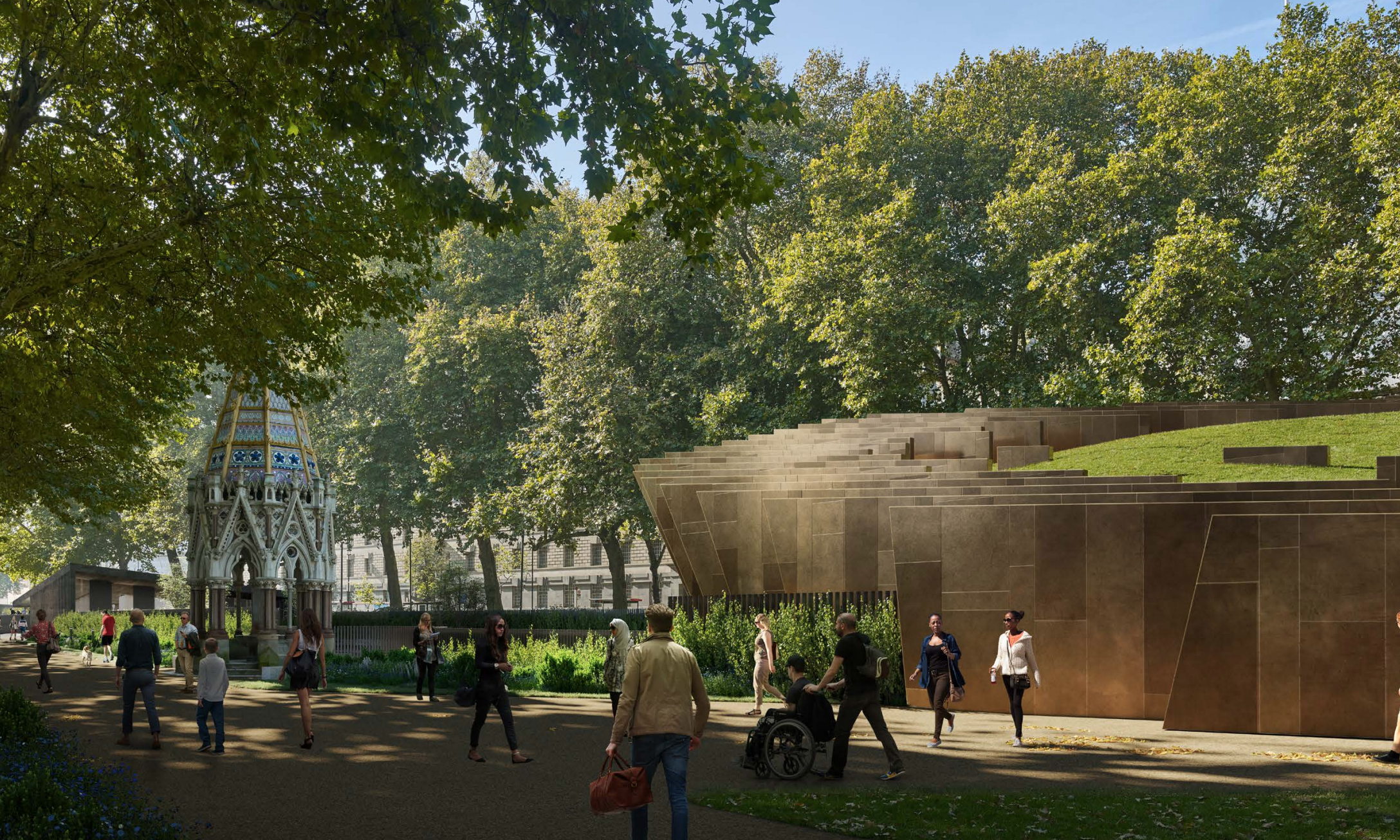 As the world descends into total chaos….

....and it has become so very difficult to focus on anything other than the dreaded Coronavirus, matters that were central to our lives only weeks ago have suddenly been pushed to one side - as we focus on surviving.

Unfortunately, however, our Public Inquiry, for now at least, is still scheduled to start at the end of May – so there is no reprieve on our urgent need to prepare, setting up our own dream team of legal advisors and witnesses to convincingly counter the Applicant’s line-up of some of the toughest characters in town.

‘They’ are certainly not taking any risks – which we could take as a sort of back-handed compliment…..but the implication for us is that we must have access to experts of equal standing, and to do this, we need to take our fundraising to the next level.

SO PLEASE DO NOT LET ALL OUR SHARED EFFORTS BE FOR NOTHING, another victim of this terrible virus.  Each and every donation helps!  We are hugely grateful for your continuous generosity. 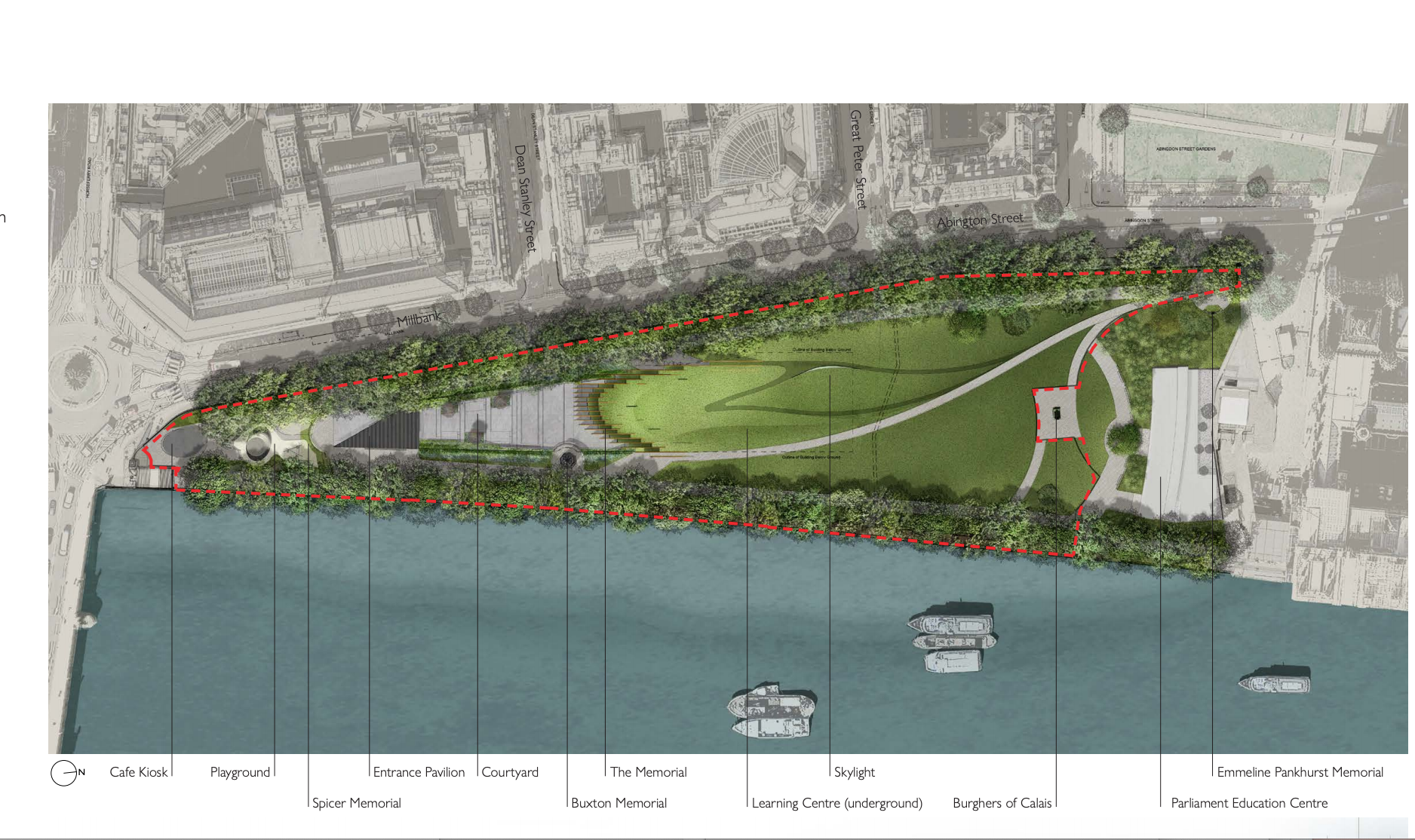 Next week we will be participating in a meeting with the Planning Inspector.  This will be, we expect, a preliminary encounter to familiarise everyone taking part as a Rule 6 Party (the main actors) with the process, timeline and people involved.  A first step, but one that makes it all feel a lot more REAL... and a bit scary too, as there is so much to do before May, and we still desperately need to fill our coffers in order to be able to afford THE BEST POSSIBLE LEGAL ADVICE for each stage of the fight.  We are, after all - do I need to remind you! - only taking on the Government of the UK!

Once again, thank you so much to all those who have donated, recently and from the very beginning... So good to know that every penny that comes in now we can allocate freely...We are now however appealing to the thousands and thousands of you who have signed our petition or bothered to write your comments on the Planning Portal!

If each of you contributed even a small amount and got others to do so,  we would be in such a good financial position, and our team's energies could be re-deployed elsewhere.

So this is dedicated to:

PLEASEPLEASEPLEASE   help us reach our £30K next target - even that is only an intermediate target, and we must get there.  All small donations are welcome!

A lot is happening! 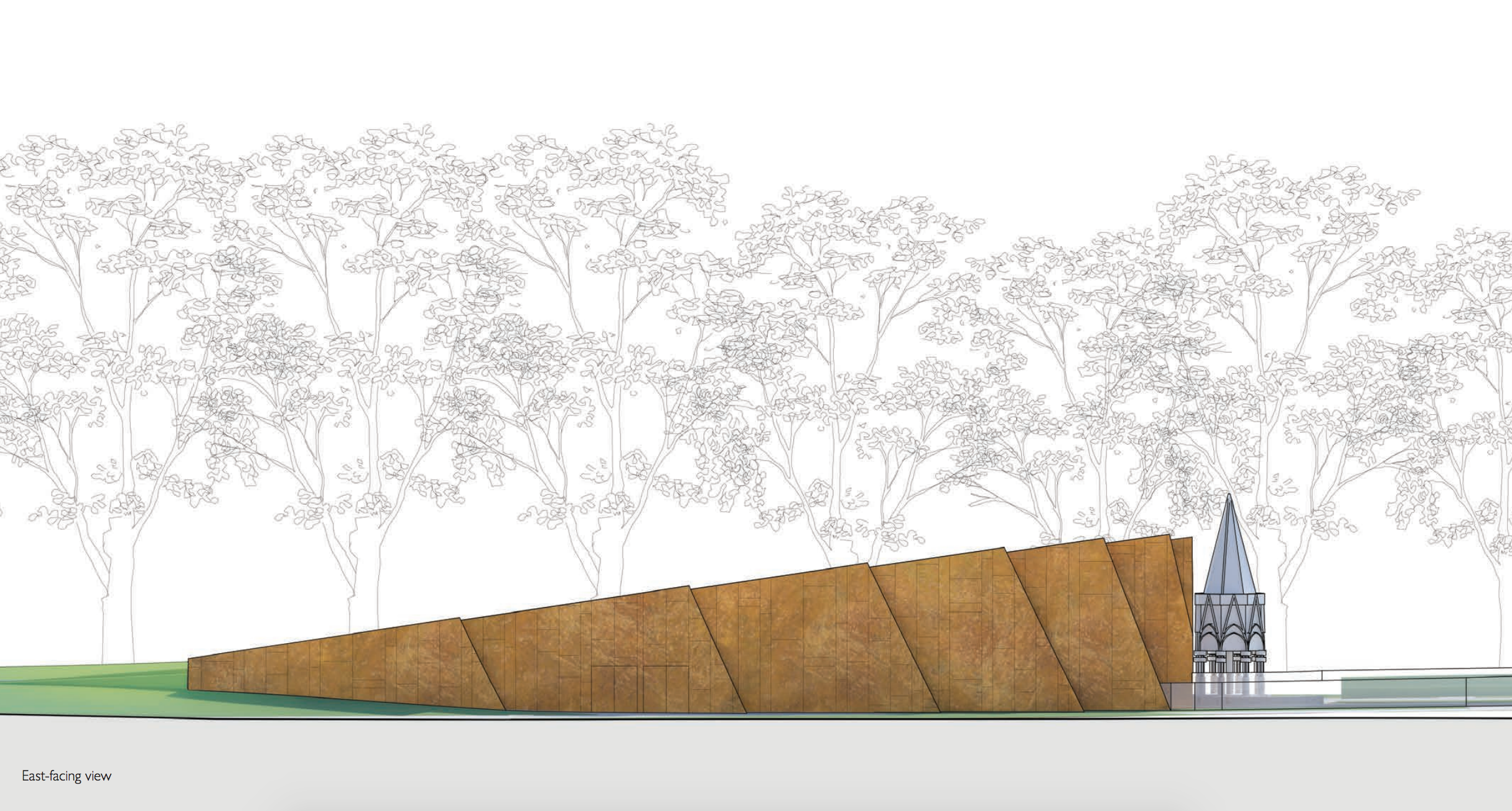 On a very positive side, we have reached our first fundraising target - BUT you will all know that this figure is the absolute minimum we needed, enough to get initial advice from a very prominent QC on general strategy and to submit our Statement of Case.

So please keep on spreading the word, and urging others to help us get to a level of funding that will allow us to benefit from additional legal and PR help.  Both are ESSENTIAL.

On a more factual side, we have now heard back from the Planning Inspector, who has copied us the submitted Statement of Cases.  It is very good to know what the other side will be arguing against us - and it is good that there do not seem to be any surprises.

While the legal battle in June will undoubtedly fierce, the current tone of the applicants' submission is - at least for the layperson! - somewhat down-sided, fully acknowledging the risk  that its proposal will be found to contravene planning policy - Should this be the case, they will rely on the argument that the "national public benefit" aspect of the Memorial and Learning Centre should trump planning considerations...though why it should be allowed to destroy a Listed park, instead of being on another nearby site remains still totally unconvincing!

We've made it! We are past the first hurdle!

With more than half a month to go, we are now past the first great test-  had we not reached our £10K, we would have had to kiss goodbye to all the wonderful donations that so many of you have pledged.  But no, we made it! ...with 16 more days to go, we are over the £10K mark, and every penny will be put to good use. Promise!  Now the text target ( £30K) looms as our big future challenge...

Today is also the deadline for our Statement of Case.  This is the document that will go to the Planning Inspector, setting out all the reasons why we think this project would be a disaster for Victoria Tower Gardens.  Every point we have raised ( and it is a lengthy document!) will allow us to argue our position on that specific topic, and to bring in experts that will back us up.

We will now also find out - hopefully soon, what the proponents of this disastrous scheme think are their best reasons for allowing it....focusing our minds on our best strategy for winning the argument.

Watch this space!  I will get back to you ASAP.  And many many thanks for all your support - so appreciated by all of us! 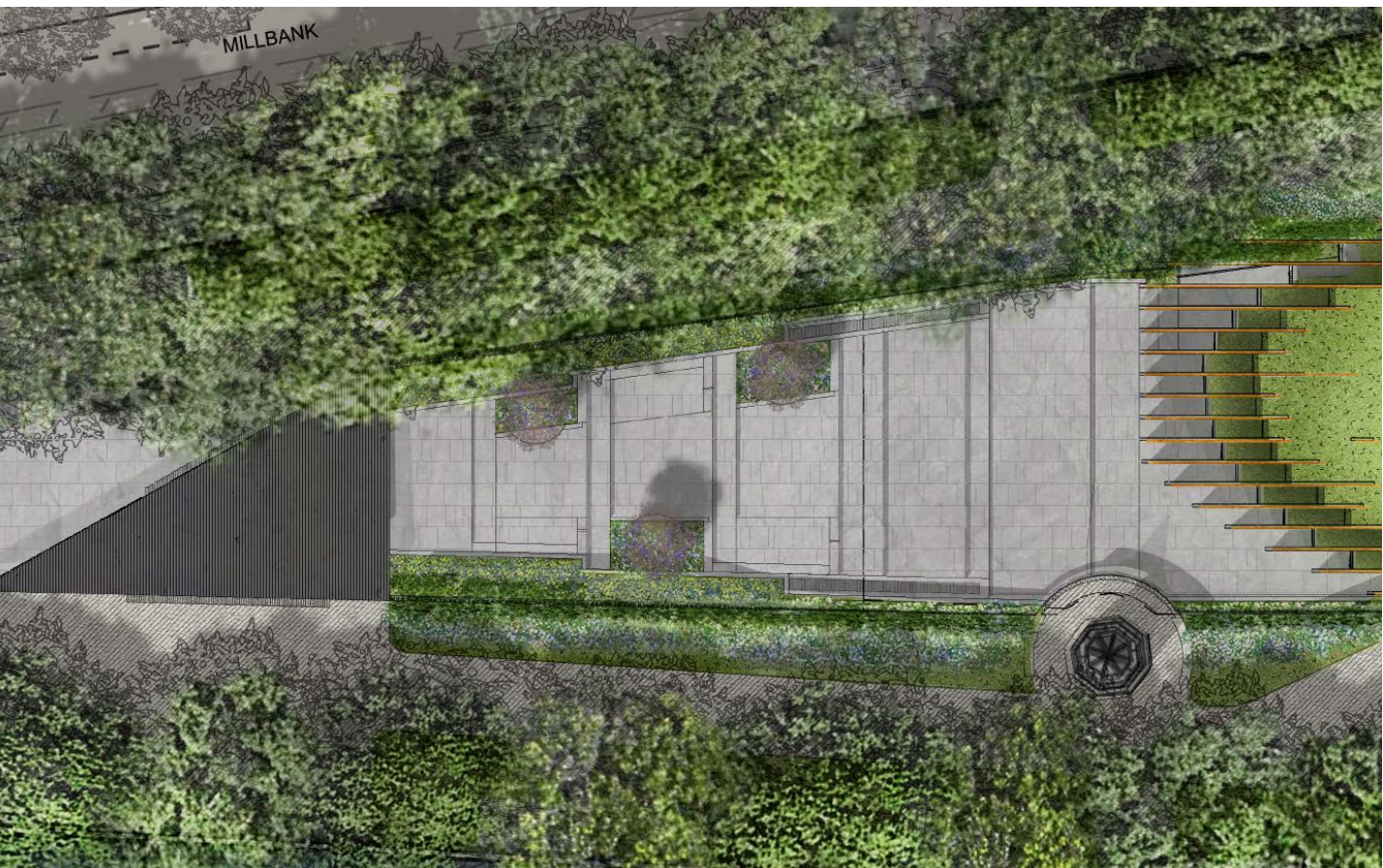 Now is the time to put your money where your mouth is!! Please help us....

We are doing well...We are on the home stretch for our FIRST fundraising target; and it now looks as if, if we are lucky, we will make it to the £10K that will allow us to benefit from all the financial help that the wonderful CrowdJustice platform has to offer.  A huge thank you from all of us at Save Victoria Tower Gardens to those 80 people who have contributed so generously during the past few days. The average pledge is £82, which is really amazing.

So please, please, make sure you are one of the 2000 people who DONATES. 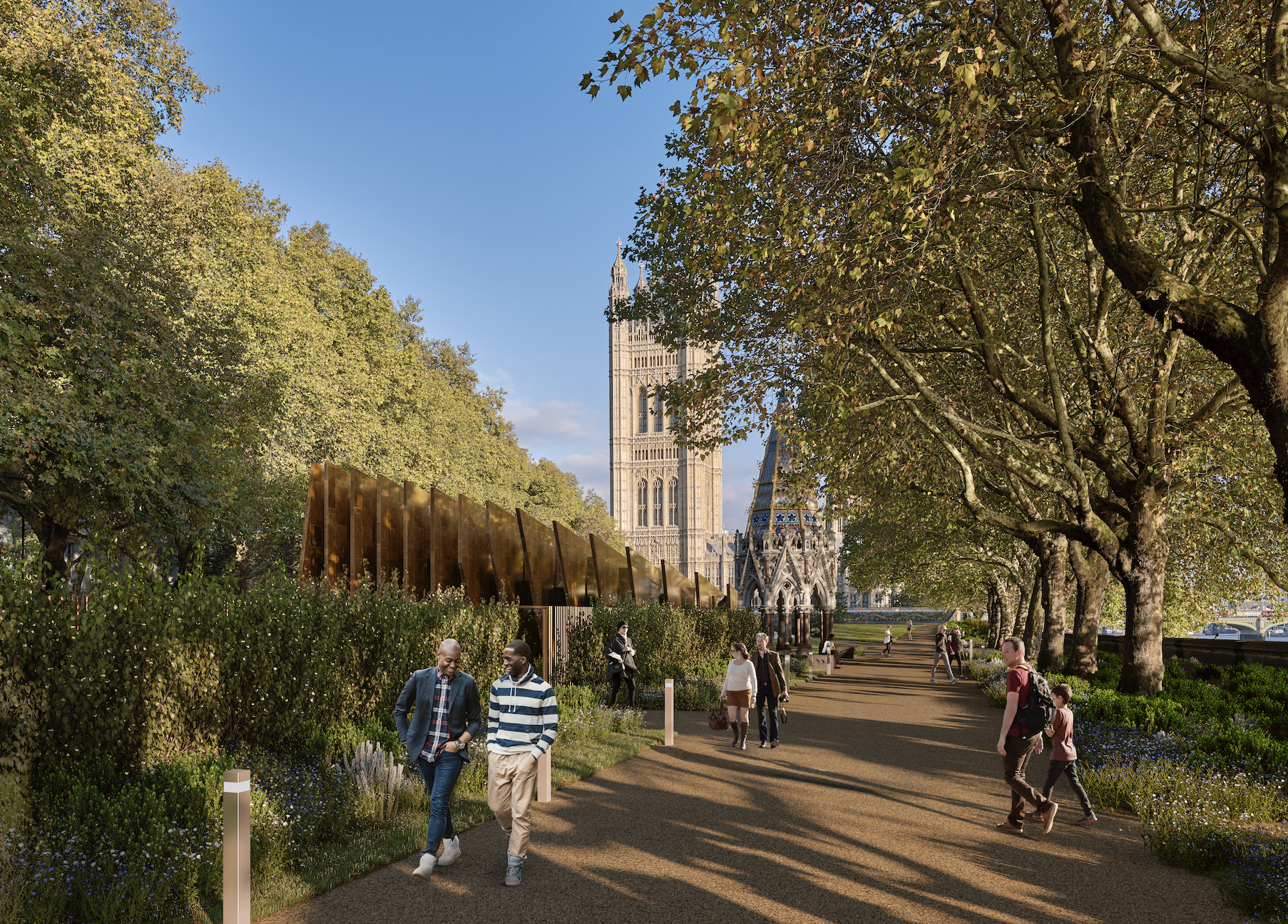 Forty-five generous people have now donated to our Crowdjustice  account

which now stands us at £3665.  Thank you all so much, we are hugely appreciative of your contribution, as every penny counts and will make a big difference.

If we do not reach our initial target of £10K in the next 26 days, all money pledged will be refunded to the donors, and our war-chest will be once again totally bare.  Keeping in mind that £10K is only an initial contribution to cover basic legal advice, and that the looming battle will require funds up to the Public Inquiry in June, we need to call on each and every one of you to support us with whatever sum you might feel comfortable with contributing.  Given that 13,000 people have now signed our petition, and many more are joining us every day, it should not be that difficult to raise what we need to secure the best possible legal advice – but it does need you to DONATE.

We are now engaged in consultation with extremely inspiring and experienced legal professionals who are helping us set up what we hope will be an INVINCIBLE strategy.  As we all know, our case is extremely solid, and we absolutely deserve to win.  The problem however is having an adversary of the magnitude and power such as the BRITISH GOVERNMENT, who has furthermore proven that they are prepared to fight us NO HOLDS BARRED.

My second request from you is to please please spread the word, helping us reach your friends and family and neighbours…Even the smallest donations are useful if we get enough of them (though of course if anyone can give more, that would be even more fantastic!).  ‘Save VTG’ has collected £50K over the past four years from its core group, which has gone on essential reports, legal advice and PR – and many of us are giving inordinate amounts of time to the cause….so it is time to ask you, the wider pool, to help us WIN.   Thank you very much from all of us!