Stop a tower of luxury flats being built on London park

Stop a tower of luxury flats being built on London park

After nearly two hours of argument yesterday, Mr Justice Jay sided with Camden Council and refused our application for Judicial Review. His reasoning appeared to be that London Plan policy does not o…

Somers Town lies between King's Cross and Euston stations in the London Borough of Camden. The Somers Town Neighbourhood Forum was constituted in 2013 to prepare a Neighbourhood Plan for the area. Key to the Plan is a community vision to help themselves out of disadvantage: "We want a framework for sustainable community development, so the existing Somers Town community can stay and get a slice of the action."

Camden Council has decided to sell off plots of public open space as part of its Community Investment Programme, setting a dangerous precedent for central London neighbourhoods. The proposed very high density development will mean less open space in an area where few residents have access to private gardens. Dozens of trees will be cut down in the park. Their loss will make local air quality even worse. The proposal is in opposition to the draft Neighbourhood Plan, which wants to designate the park as local green space. Over 1,000 local residents signed a petition opposing the planning application. We are not against development, but believe the community benefits of the scheme – including the building of a new school – could be achieved in a better, cheaper, less impactful way.

One of the proposed buildings  is a 25-storey tower on Purchese Street Park. This would contain 54 flats for private sale at "substantially over £2,000 per sqft". At that price, we very much fear the Neighbourhood Plan's aspiration, that "all new housing be built and occupied as a home and not as an investment" will not be met. 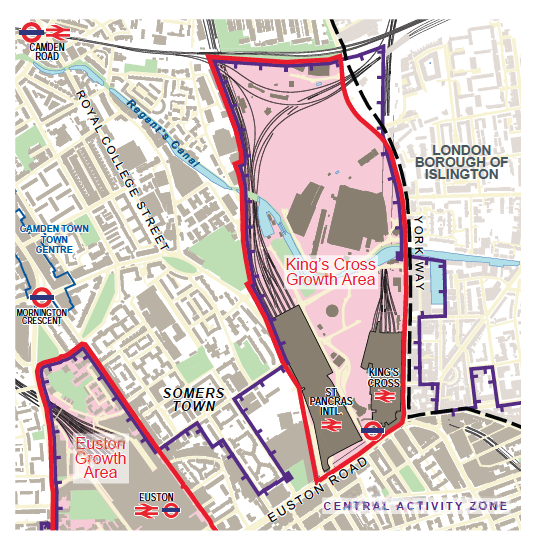 Somers Town lies between Camden's two main  Growth Areas: Euston and King's Cross. It has a high proportion of Council tenants and significant Bangladeshi and African communities. It is relatively deprived, with low levels of economic activity, poor health and low life expectancy. Central Somers Town is designated in the Borough Plan as an Area of More Limited Change. It is not expected to see major development itself, but instead will benefit from development in the two Growth Areas, such as "the provision of open space and other community facilities where there are local deficiencies". There is no reference to this Policy in the Planning Officer's report to committee.

Impact on listed buildings and views

The tower would be visible above the Barlow shed of the Grade I listed St Pancras Station, provoking objections from the Victorian Society and Kings Cross Conservation Area Advisory Committee. It would also be visible above the British Library, recently listed Grade I, causing the Twentieth-century Society to object. 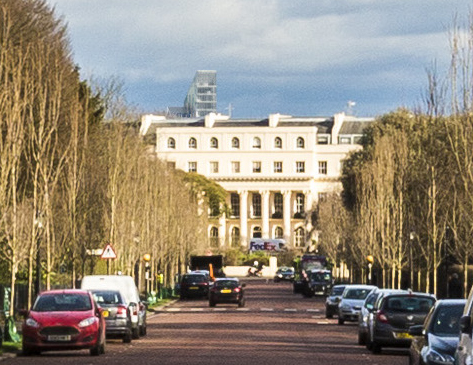 Historic England, the Georgian Group, Royal Parks and Regent's Park Conservation Area Advisory Committee all objected as the tower would be clearly visible from the Inner Circle of Regent's Park, destroying the roofline of Chester Terrace (Grade I). All objections were ignored. 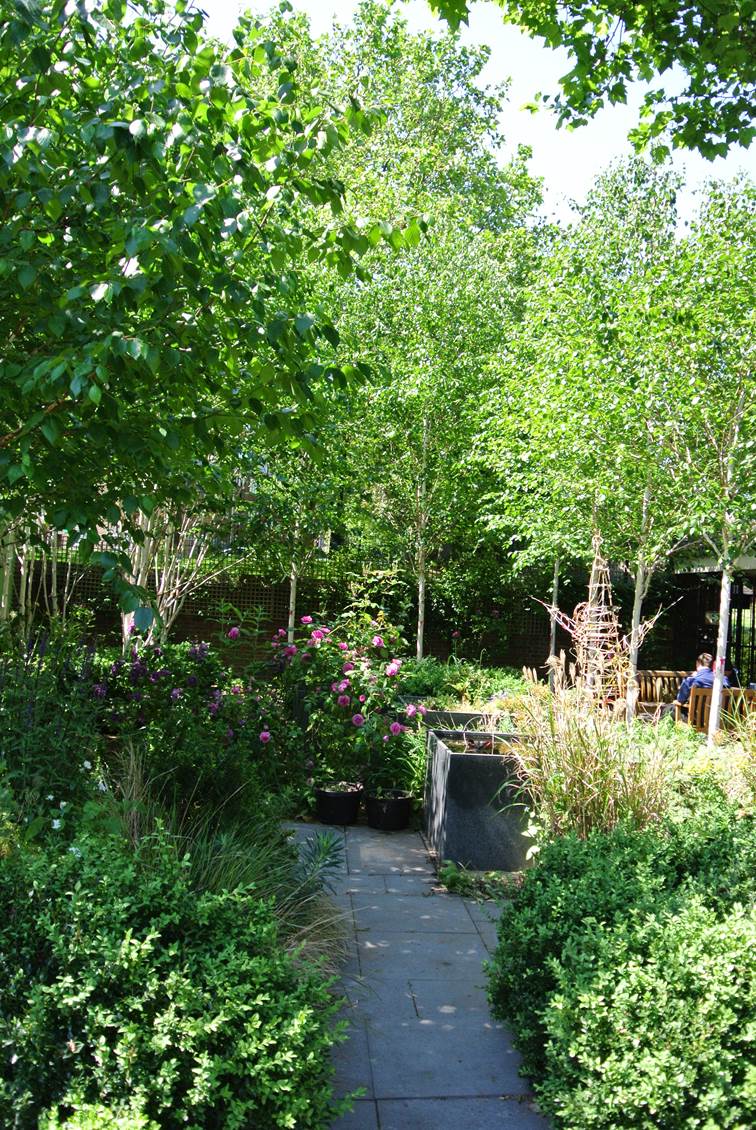 Loss of a private community garden

At the foot of the proposed tower is Cooper's Lane Estate. This small development of 2-, 3- and 4-storey housing would be dominated and overshadowed by housing on the public open space. Residents would also lose their beautiful community garden, created just over a decade ago in recognition of all the upheaval and disturbance locals endured during the construction of HS1. The garden is both ornamental and productive, with raised beds in which residents grow fruit and vegetables.

Camden granted themselves planning permission on 14 October 2016. Last month we applied to the courts for that decision to be judicially reviewed. Our target of £2,000 is to cover costs of bringing the challenge before the court. A stretch target of £6,000 would be for preparation and attendance by our legal team at an Oral Hearing for Judicial Review.

The Judicial Review provides an opportunity to reassert a positive relationship between Growth Areas and Areas of More Limited Change. It aims to underline the importance of all kinds of open space in central London neighbourhoods, and to protect the amenity of existing residents.

After nearly two hours of argument yesterday, Mr Justice Jay sided with Camden Council and refused our application for Judicial Review. His reasoning appeared to be that London Plan policy does not offer sufficient protection to private open space to halt the application. He was also convinced that Camden's planning committee was aware that Somers Town was an area of more limited change when it agreed that the tallest residential tower in the borough should be built on one of its parks, in which case the committee was within its rights to give consent.

This decision means that Somers Town is now facing an estimated seven years of building on its parks at the same time as HS2 lorries are circling our estate, Crossrail 2 are building a station beneath us, Maria Fidelis school is being rebuilt and, in all likelihood, the British Library extension and associated buildings is under construction.

The Forum is meeting later today and will discuss the decision and whether there is any way forward.