NOcado
Case Owner
NOCado campaign - we are a community group campaigning to stop Ocado and Marks and Spencers building a polluting 24/7 distribution centre next to a primary school
Funded
on 17th March 2021
£27,190
pledged of £29,850 stretch target from 412 pledges

We are delighted to announce that the High Court judgment came through this morning and was the result we were all hoping for. The verdict upholds Islington Council’s decision to stop Ocado fro…

We need your help to protect the children of Yerbury Primary School and their local community against a noisy, polluting 24-hour distribution depot adjacent to the school - and to stop Ocado setting a dangerous national precedent.

As Concerned Residents of Tufnell Park, we have been named as an interested party in a Judicial Review raised by Ocado. But without funding we’ll be locked out of the legal process.

A win for Ocado will open the floodgates to a deluge of distribution depots in unsuitable locations across the country.

Ocado want to open a large distribution depot next to a nursery and primary school in a densely populated area of London, N19. This is a completely unsuitable location, which already had an Islington Council planning order that it should not be used for Storage and Distribution.

Disregarding both children and community, Ocado and their landlord Telereal have used legal loopholes to bypass the planning process and  gained a certificate of lawfulness changing the permitted use of the site, and allowing Storage and Distribution. Ocado then put in a planning application for three diesel fuel pumps just metres from the nursery playground. This was when the community decided enough was enough.

Parents and local residents, who overlook the site and know its history, presented 154 pages of evidence to Islington Council. This showed they had been given misleading information by Telereal and should never have issued the certificate of lawfulness that would allow Ocado to open a distribution depot, without conditions, on a site previously deemed unsuitable for Storage and Distribution. Islington Council agreed that this was the case and revoked the certificate. 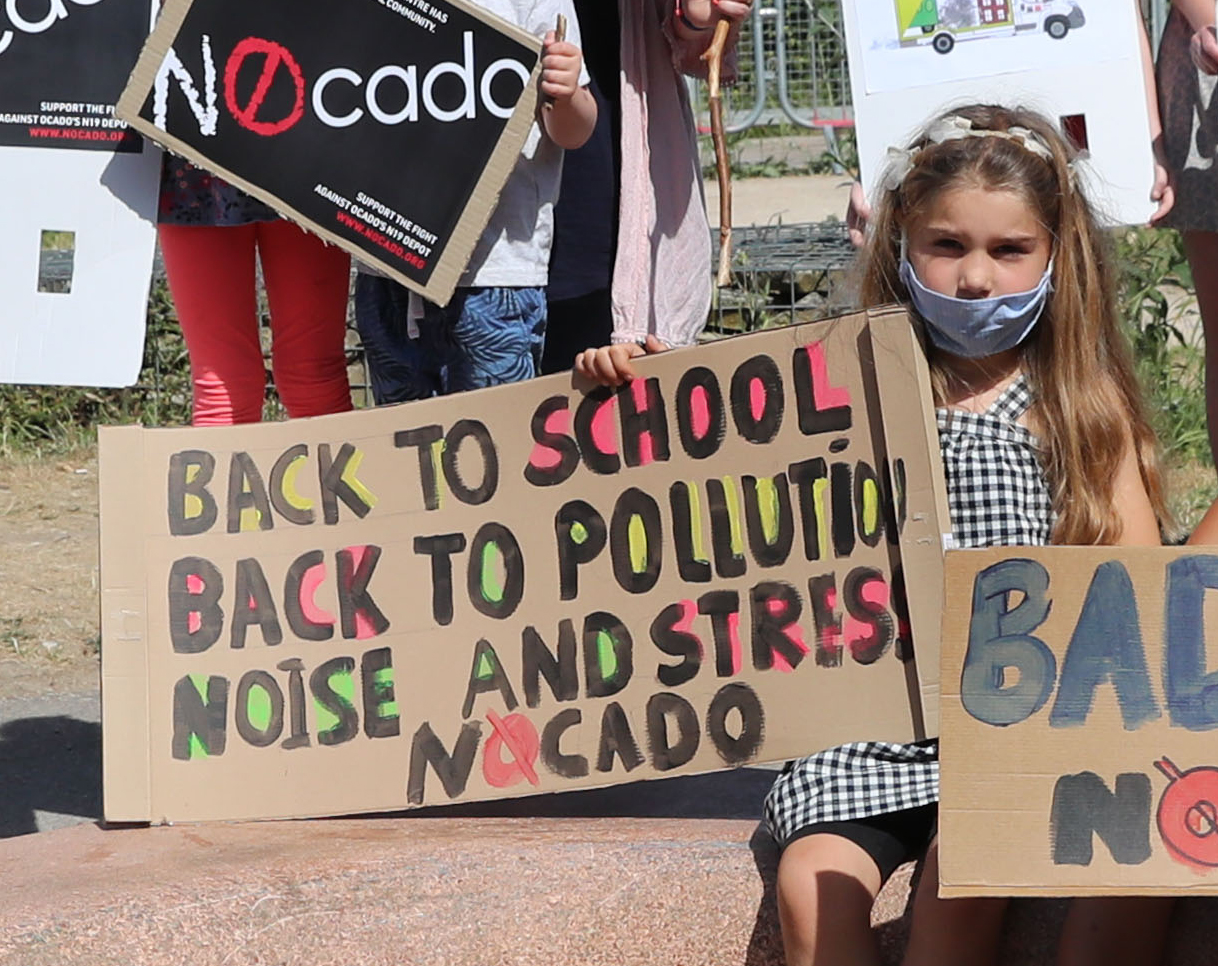 What you can do

Please pledge your support so we can have our say in court and protect our children and community. We know the ins and outs of this case better than anyone, and it is our community and our children whose health and education will suffer if Ocado are allowed to open this depot with no controls and conditions. They should not be allowed to abuse the planning process through legal loopholes.  We are ordinary, local people who have come together to protect our community. They are a large company (50% owned by Marks and Spencer) with deep pockets. We need your support today.

More information on our campaign is available here

BBC Radio 4’s The Untold – The School and the Depot

Thank you for your support 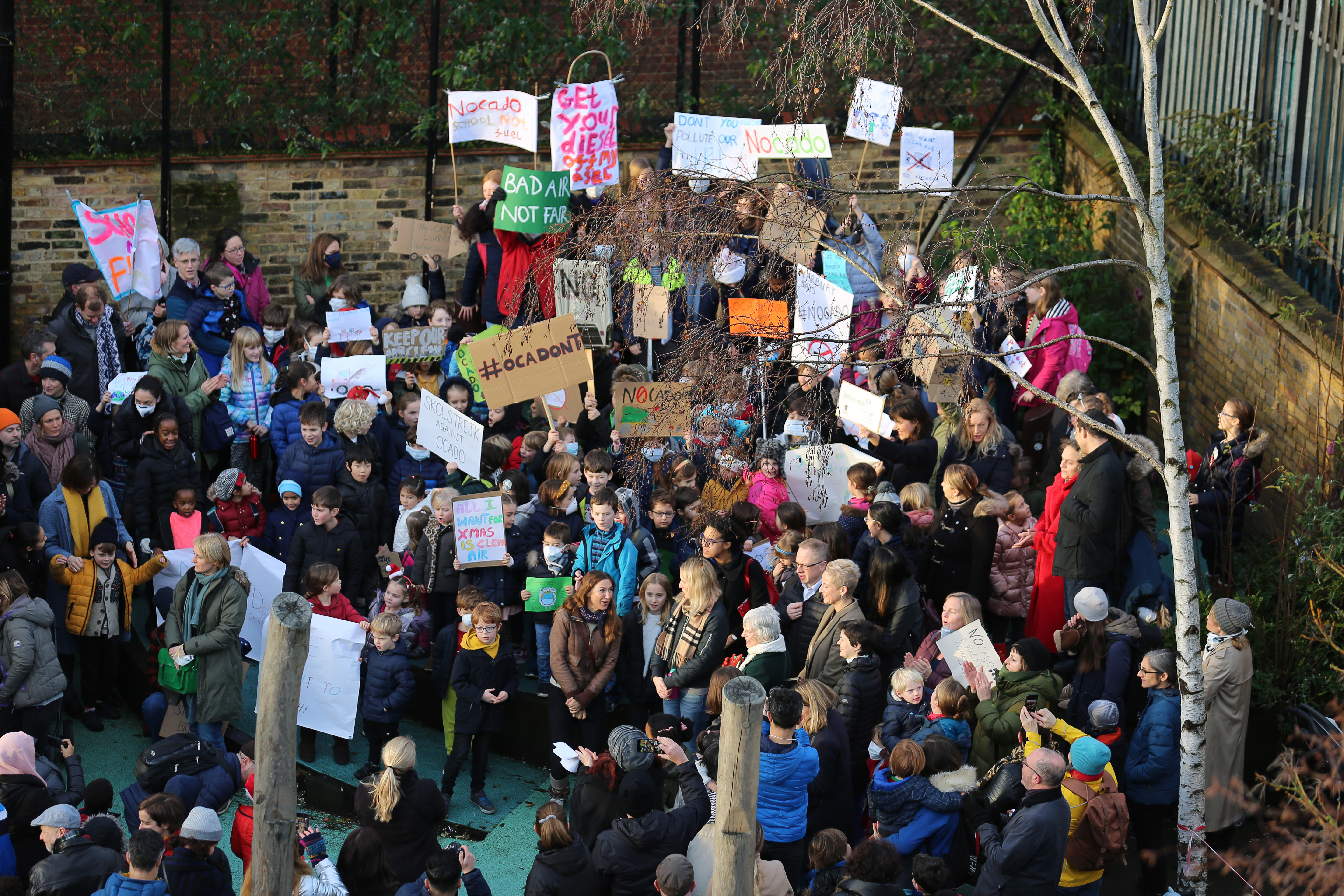 We are delighted to announce that the High Court judgment came through this morning and was the result we were all hoping for. The verdict upholds Islington Council’s decision to stop Ocado from opening an unlawful depot three metres away from Yerbury Primary School. More details to follow once we have had time to read through the full judgement but huge thanks to everyone who made it possible for us to be represented in court.

Two years too late and having shown nothing but arrogance and contempt for the community and due process Ocado have decided to do a greenwashing and community washing “consultation”. The timing is clearly designed to deflect from next week’s High Court case, which they don’t mention at all. Here’s what a selection of the local community think of their consultation:

“This is not a legitimate consultation. Ocado does not have the authority to run an objective process which should have been instigated at the beginning in conjunction with the Council and not two years’ later to cover up their consistent failure to listen to the community’s concerns. It is yet another attempt to distract attention from the truth of the situation and mislead.

“Ocado is taking Islington Council and Concerned Residents to the High Court next week to overthrow the fact that in October the Council designated the site unlawful for intense 24/7 grocery delivery usage. On the one hand Ocado is launching an illegitimate online consultation, on the other, they have chosen to take us court which again, they have also chosen to withhold as information within their sham ‘public’ consultation. This the real face of Ocado: a belated greenwash consultation whilst wielding a legal sledgehammer against the opposition of the community and its children.”

“If Ocado were seriously interested in working “in partnership with residents”, as they claim, they wouldn’t have already spent millions developing the site, they wouldn’t be suing the cash-strapped council in the middle of Covid for their decision not to allow Ocado’s plans due to unlawful usage, and they wouldn’t be continuing to plan a ‘fulfilment centre’ with lorries delivering 24/7 right next to a primary school and flats.

“The evidence is clear: bad air quality affects children’s health and can kill the vulnerable. There is no place for this kind of operation a skipping rope away from a primary school and its playground.”

“Ocado’s belated commitment to electric vans is meaningless unless and until they submit themselves to the proper planning process which they are still desperately trying to avoid by taking us and the Council to the High Court next week.

“Their PR website fails to mention pollution from 90 staff cars, delivery HGVs and the motorbikes and cars which power their Zoom service.

“Children are particularly susceptible to air pollution as their brains, immune system and lungs are still growing. We have a duty to protect children who have no voice in the planning process. Ocado can find another site. The children can’t find another school.”

Head to https://www.nocadon19.co.uk to see our alternative consultation.

Thanks again for your generous support which has enabled the campaign to be properly represented at the High Court next week. We expect to receive the Court's decision in June.

Bowled over by your incredible support

We've been bowled over by the incredible support our CrowdJustice appeal has received. Trying to raise £10,000 to cover legal costs in our court battle with Ocado seemed a big ask. In fact, such is the strength of feeling over Ocado's polluting, noisy, socially destructive depot - right next to school classrooms, playgrounds and flats - WELL OVER DOUBLE this figure has been raised so far, allowing us to give the go ahead to the lawyers to prepare for the Judicial Review.

The children and parents of Yerbury School, and the surrounding community, are hugely grateful for this astonishing response.

This is a local campaign with huge implications for the country at large. With the boom in online retail major companies are planning large numbers of inner city depots, generally in completely unsuitable residential locations. In terms of air, noise, light pollution and traffic congestion, the impacts on surrounding communities are truly grievous.

Our struggle is just one critical example of what communities are facing. But as one supporter put it, "Keep up your good work - it's on behalf of the whole country." And to quote another, "Ocado has set itself up against the health and wellbeing of local families. What kind of business model is that?"

Whichever way the current court battle goes, we expect Ocado to continue to pursue their objectives and we will need further resources to continue this landmark campaign. So we have set a new stretch target which will allow us to cover the Judicial Review fees and see us into the inevitable next phase of our fight.

We hardly dared hope we could take our campaign this far. But with the phenomenal groundswell of support we've received, we're optimistic about carrying this battle to a positive conclusion that benefits our entire community and bodes well for the country at large.

Thank you for everything you've done so far, and for your continuing support with this vital campaign.

You are amazing - but we still need your help

Thanks to your support we have hit our initial target of £10,000. This is amazing and means that we can make a detailed written submission and new evidence to the High Court. This is an incredibly important step as the judge will at least be aware of our arguments.

We now have a court date of the 5th and 6th of May. With your continuing generous support we are now aiming for our stretch target of £25,000 which would allow us to have a barrister stand in court and argue our case for the community. Having someone with specialist knowledge of this area of law who can counter any arguments from Ocado could make the all difference.

We have 10 days to raise this further £15k which could make all this difference. Pledge and share now!