Human Rights Consortium
Case Owner
The Human Rights Consortium is a Northern Ireland based charity that works towards a human rights based society. It has over 160 member organisations drawn from across all communities.
Funded
on 23rd November 2016
£42,340
pledged of £55,000 stretch target from 207 pledges

Submission to the Supreme Court

Just another quick update. Once we reached our initial target last week we have extended into our stretch target for the remainder of the fundraising campaign. Many thanks to everyone who donated and…

A Northern Ireland based Legal Challenge to stop the threat of BREXIT to human rights and the peace process.

We believe only the Westminster Parliament can trigger Article 50, that the consent of the NI Assembly should be required for any legislation to remove the UK from the EU and that a range of other human rights, equality and peace process safeguards should be upheld in the BREXIT process.

If the Consortium is not able to bring its case alongside the English based applicants in an appeal process, the very strong Northern Ireland based legal arguments present in our BREXIT case will not be included.

What hitting our target will allow us to do

The cost of mounting an appeal is likely to run close to £100k or above. Hitting our initial target will ensure that we have a foundation to raise other funds for the appeal process and help us make key decisions about how to take an appeal forward.

We believe that the current proposals around BREXIT constitute a threat to existing EU human rights protections and many of the peace process protections of the Belfast/Good Friday Agreement that link to the European Union. The Consortium is one of the applicants involved in a Judicial Review process in Belfast, which seeks to change the way BREXIT is approached, so that Northern Ireland, its peace process and fundamental human rights can be protected.

We now need to raise enough funds to appeal to the Court of Appeal/Supreme Court to ensure that Northern Ireland specific arguments are central to how the BREXIT process happens.

‘Agnew and Others -v- HMG and others is a case involving a group of applicants including politicians and members of the Northern Ireland Assembly and individuals who have close associations with the voluntary and community sector and human rights organisations. The applicants are seeking to appeal to the Supreme Court against a decision of the High Court Belfast last week dismissing their challenge to the government's power to begin the procedure for the UK’s withdrawal from the EU by triggering Article 50 of the Treaty on European Union (TEU) without the approval of Parliament. These applications are made against the background that 55.8% of voters in Northern Ireland were in favour of remaining in the European Union. The Supreme Court has already set aside time in December to hear cases raising parallel issues in England and Wales in which the GB Divisional Court has come to the contrary view and in respect of which the government has signalled its intention to appeal. As the Agnew and Others case raises fundamental issues about the constitutional position of Northern Ireland within the UK in the context of the Good Friday Agreement which are broader than triggering Article 50 it is believed that the Supreme Court should also hear arguments on these points to overturn the Belfast High Court decision and provide a definitive ruling on these crucial issues’ – Jones Cassidy Brett Solicitors

Our case seeks to ensure that if the process of the United Kingdom leaving the European Union proceeds, that it does so in a manner that is consistent with the current legal and constitutional protections of the UK and the very specific safeguards and institutions established in Northern Ireland as part of our peace process.

We have launched this crowd funding appeal because we believe that the BREXIT process as currently outlined runs a very serious risk of undermining many of the human rights and peace process safeguards that we currently take for granted. The Consortium remains neutral on the question of whether to leave or remain in the EU, but we feel we cannot be passive on the risk to existing EU human rights protections that help underpin institutions and relationships in Northern Ireland. 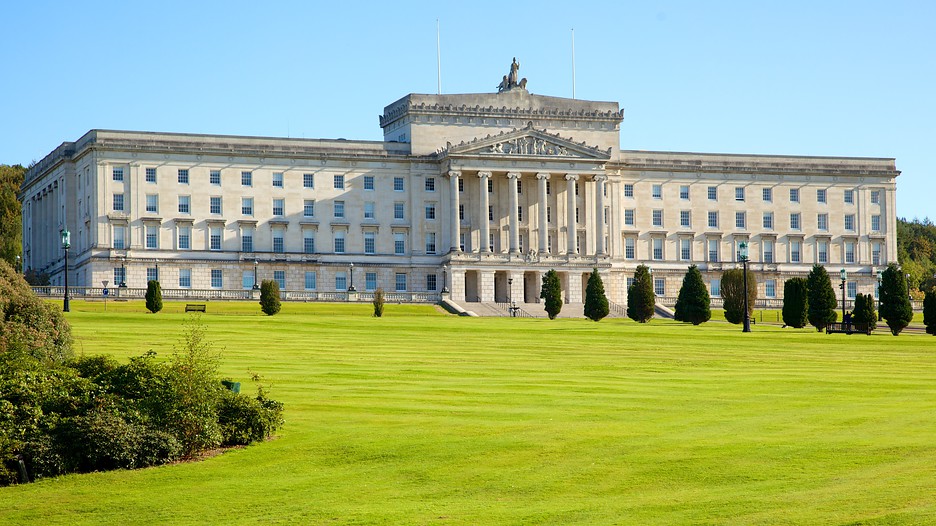 Who does our case affect?

EU rights protections have a massive positive impact in all spheres of our society. Rights protections as varied as workers’ rights, health and safety standards, privacy laws and child protection safeguards are just a few of the wide range of rights that could be jeopardised if Article 50 is triggered without having a mechanism to uphold, replicate or replace those protections. Add to this the fact that EU protections are fundamental building blocks of a range of peace process institutions and safeguards in Northern Ireland and the notion of what is currently an unplanned Article 50 process in that regard becomes an even riskier prospect.

This legal action is about ensuring that if Brexit takes place, that it does so in a manner that upholds and is in keeping with our current legal protections and which will continue to ensure the protections of our peace process. 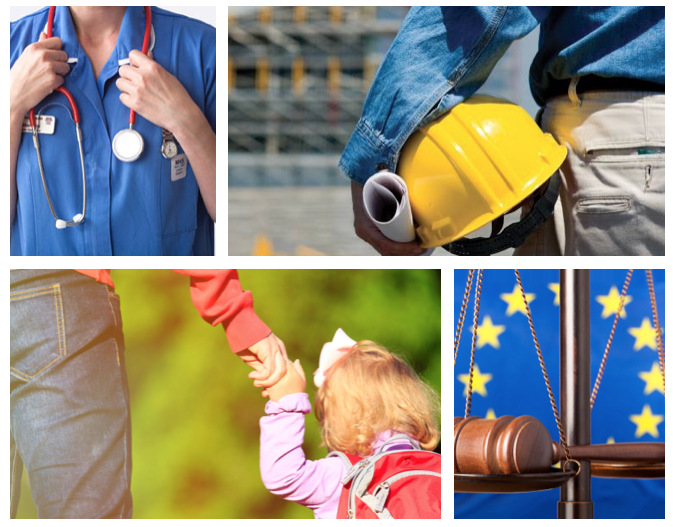 Triggering Article 50 without first ensuring the protection of the human rights and equality benefits we enjoy from our EU membership sets us on an irreversible two-year countdown to a situation where those protections are at significant risk of being permanently lost to the people of Northern Ireland. That is the constitutional equivalent of jumping off a cliff and hoping to arrange a safe landing on the way down. As an organisation founded on the objective of protecting and promoting human rights in Northern Ireland we believe that is an unacceptable risk to take.

What's next in the legal process?

Unfortunately we lost our initial application in the Belfast High Court last Friday but the High Court in England has just ruled in a related case that the UK Government cannot Trigger Article 50 without first getting the approval of the Westminster parliament. Their rationale, like ours, is that Triggering Article 50 has a direct affect on our rights. This is a hugely significant judgement but it is also likely to be appealed at the Supreme Court by the Government. 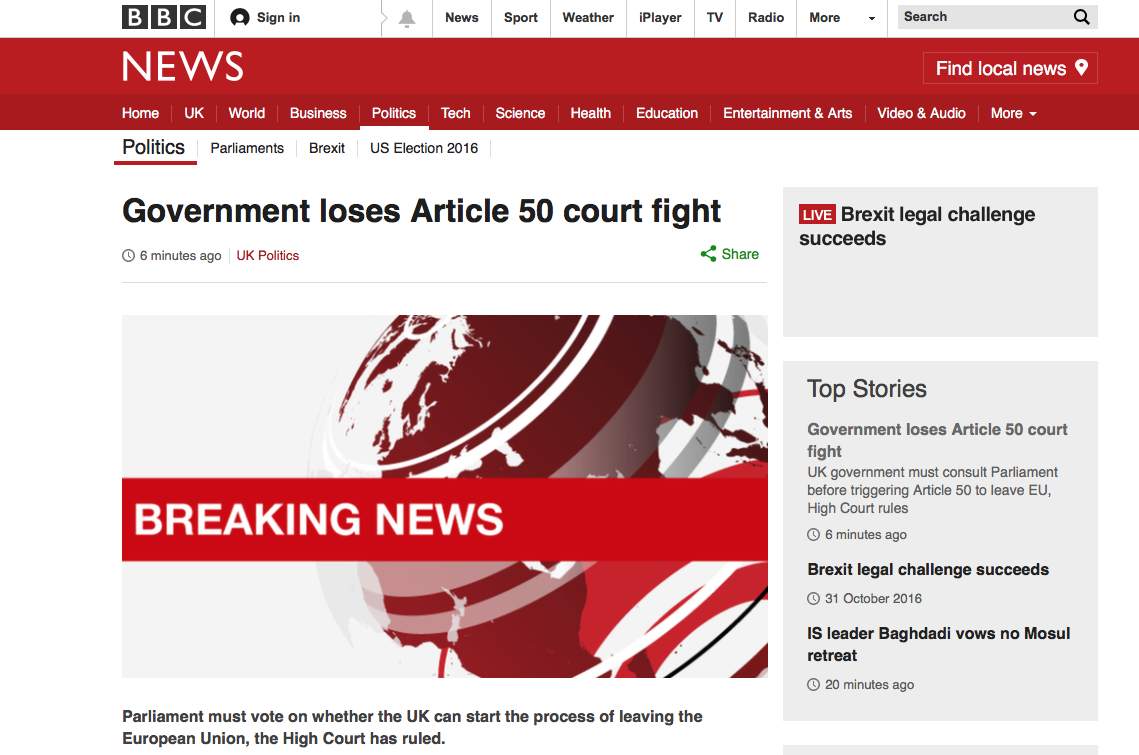 If the Consortium is not able to bring its case alongside the English based applicants in that appeal process, the very strong Northern Ireland based legal arguments present in our case will not be included. We believe that even on our own merits that there are strong grounds for appeal to the Court of Appeal and/or the Supreme Court but that joined with any appeal in the English case that Northern Ireland arguments will significantly strengthen the chances of success. If we do not appeal it is unlikely that any of the devolved arguments from Northern Ireland focussed on the unique aspects of our peace process and constitutional arrangements will feature  in the Supreme Court litigation. 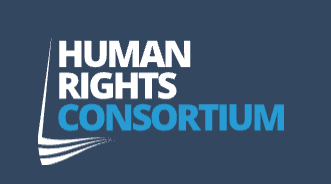 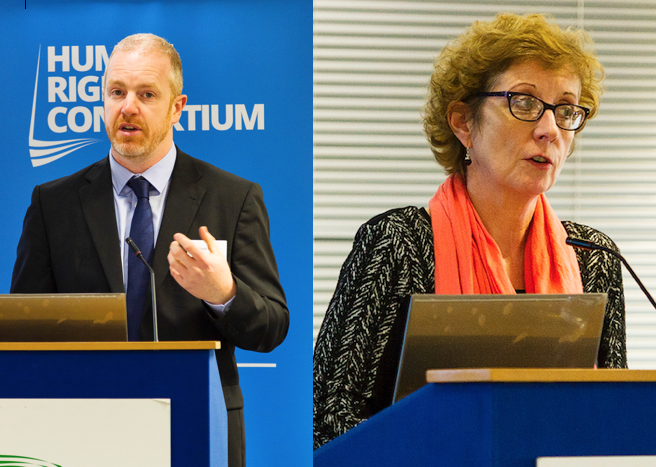 We are very fortunate to have a very experienced legal team in place to help take forward our appeal process.

Fiona Cassidy is the lead solicitor in the case. Fiona is from Jones Cassidy Brett Solicitors  a Belfast based team of solicitors with expertise on all aspects of employment, equality, human rights and industrial relations law. The Firm also specialises in public and administrative law.

Senior Counsel for the case is David Scoffield QC while the junior counsel in the case are Christopher McCrudden BL and Gordon Antony BL who all bring a vast range of expertise and experience to our case.

Submission to the Supreme Court

Just another quick update. Once we reached our initial target last week we have extended into our stretch target for the remainder of the fundraising campaign. Many thanks to everyone who donated and please help to spread the word as we still have a few days left to raise additional funds.

In related news our legal team have been very busy preparing for their appearance at the Supreme Court appeal next week. As part of this preparation we submitted our written arguments to the Supreme court in advance. Was have now published that submission and it gives an excellent overview of the legal arguments in our case.

I have attached a copy of that submission Agnew and Others - UKSC - written case (final)[1].pdf

Many thanks to all of you who have pledged so far to our campaign. We are delighted with the response as we have reached over 75% of our initial fundraising target in less than two weeks since launching this appeal.

We also want to share some positive news from the case. The Attorney General for Northern Ireland has exercised his powers under Paragraph 33 of Schedule 10 of the Northern Ireland Act 1998 to refer devolution related elements of our case to the Supreme Court.

The issues referred relate to whether elements from the NI peace process require an Act of Parliament before Art 50 of the Treaty of the European Union can be triggered, whether the consent of the NI Assembly is required either before such an Act of Parliament is passed or for the exercise of prerogative power to give notice under Art 50 if Parliamentary approval is not required and finally whether Section 75 of the Northern Ireland Act 1998 prevents prerogative power being exercised if the NIO fails in its compliance duties under the section.

The Supreme court appeal is due to be heard from 5th - 8th December.   We believe that inclusion of the Northern Ireland issues in the Supreme Court appeal with the other Brexit arguments is a very important development and strengthens the importance of our current fundraising efforts.

We therefore thank all of you who have pledged, would encourage as many people as possible to please do likewise and for everyone to continue to share this appeal on social media.