Ava & Ioannis
Case Owner
Together we are bringing a claim for judicial review against the Government on the grounds that their refusal to implement age verification amounts to an abuse of power.
29
days to go
£23,212
pledged of £100,000 stretch target from 248 pledges
Pledge now

Ava & Ioannis
Case Owner
Together we are bringing a claim for judicial review against the Government on the grounds that their refusal to implement age verification amounts to an abuse of power.
Pledge now

We are thrilled that on Wednesday this week a High Court judge ruled in our favour that it is arguable that the Secretary of State has acted unlawfully with regards to the Digital Economy Act. The Co…

What we are trying to do

We are wanting to bring a legal challenge to hold the Government to account by ensuring that they implement Part 3 of the Digital Economy Act (DEA) 2017 which provided the protection of age verification for access to online pornography. It also enables the regulator to take action against sites that show extreme pornography.

Without this measure, countless young people will be exposed to harmful and abusive online content in their early formative years thereby continuing to perpetuate the culture of sexual harassment experienced by many.

My name is Ioannis and I am the married father of four boys (ages 9 to 20 years old).  I am concerned that my three youngest sons are vulnerable to online pornographic material, despite taking every effort as a parent to prevent this.

My name is Ava, and I am a 20-year-old student at the University of Oxford. I have recently been campaigning against rape culture and violence against women, particularly in the context of school students.

Together, we are asking for your help in ensuring that the Government brings into effect legislation that has already been passed by Parliament to protect children from online pornography. 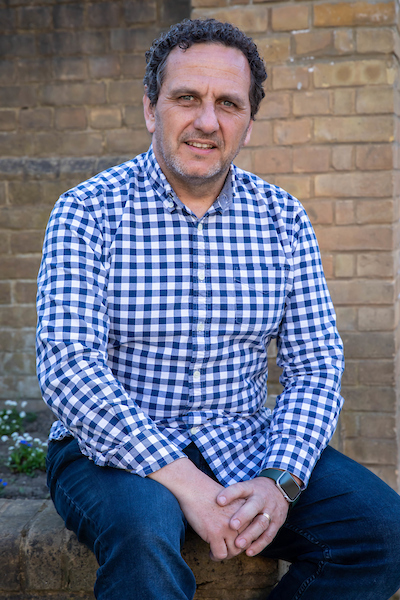 During lockdown my wife and I were contacted by our local school to report that one of my sons had accessed pornography from his school device. In the weeks leading up to the incident we noticed a stark change in his behaviour, and simply put it down to possible stress that he might have been experiencing during the covid pandemic. Some of the things we noticed were: isolation, aggressive behaviour towards siblings, loss of interest in things he loved. After the phone call from the school, we realised that the changes in behaviour were directly linked to the access of pornography.

Our frustration is that whilst we as parents have taken the necessary precautions in terms of wi-fi parental control and website content filters, access to pornography was still possible. Our frustration was heightened even further because we recognise that the school had also done all they could to safeguard and protect our child. We are deeply grateful for the work the school has done in this regard, and also their openness to have, what clearly was a difficult conversation from their side, with us as parents. Without the school notifying us, we might not have picked this up, or have been kept in the dark in this regard. We have commended the school for their diligence and vigilance in this regard. My concern is that whilst we as parents, and as a school community have done what we can, our children are still vulnerable to viewing content online that is not helpful for their development as young men. I want to help them develop into young men with a healthy and respectful view of women. 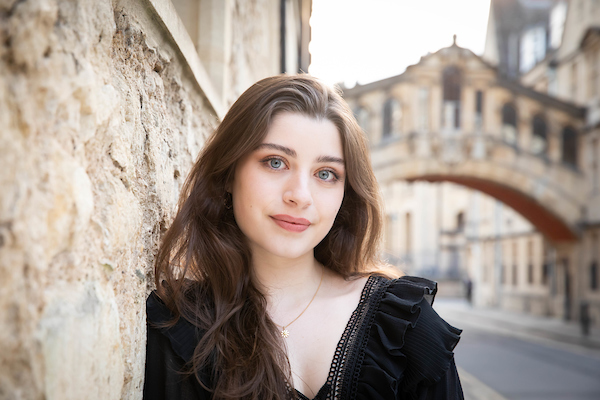 In March 2021, I began to compile testimonies from young students about sexual harassment and violence they had faced from students at a local independent boy’s school. The response was immense; girls as young as 12 were getting in contact with me to detail their own experiences of rape culture and the incredibly harmful treatment they had suffered from in school. I put these testimonies in an open letter to the headmaster of the school asking him to address this culture of misogyny and to put practical steps in place to make survivors feel supported.

The letter has now reached more than 50,000 people on Instagram alone, and been featured on BBC News, Sky News, ITV News and in many other publications.

Misogyny and sexual violence are learnt behaviours, and a crucial aspect of this is the online representation of women in pornography. There has never been a time in which pornography has been so widely available and yet so poorly understood. Experts estimate that the average age of first encounters with pornography is around 12. This is before almost all students have had a single conversation about sexual consent at school, and for most, it will be about four years before they address the topic in a classroom. Young students who encounter porn for the first time, often accidentally, are not aware of the industry of sex trafficking that surrounds it, nor the normalisation of severe sexual violence against women within it.

The sad truth is that this line is becoming increasingly blurred, and young people – and in particular, young women – are being forced to behave in a way which pornography has taught a generation of men to believe is natural and normal.

Sexual violence is neither normal nor acceptable, and the current state of unregulated and unfettered access to porn sites from such a young age is normalising sexual violence to such an extent that a generation are growing up with a warped and dangerous understanding of sex and consent. We would question why anyone would think it appropriate that a 12-year-old child would not be able to watch a filmed rated 18+ in the cinema, and yet can access unrealistic and often violent pornography online with a few taps of their fingers – even where every precaution is taken by schools and parents as the situation with Ioannis’s son illustrates.

Age verification is standard practice when buying alcohol or cigarettes and yet is absent in the toxic and harmful online world of pornography.

The Digital Economy Act (DEA) 2017, Part 3 (containing the provisions for age-verification) has been passed by Parliament. It is more than three years since it received Royal Assent. However, despite repeated assurances, in October 2019, the then Secretary of State, Nicky Morgan in a written statement to Parliament stated that the Government ‘will not be commencing Part 3”.   The Secretary of State is not entitled to ignore legislative provisions in an Act of Parliament.  Our legal advice suggests that the ongoing refusal of the Secretary of State to enact Part 3 amounts to an abuse of power.

The Government argues that it is going to address the problems of pornography through its Online Safety Bill that is plans to bring before Parliament.

However, the Government’s response to the Consultation on the Online Harms White Paper, published on 15 December 2020, makes clear that the Government’s intention is now no longer to require or mandate age verification for pornographic websites. This means that an Online Safety Bill will not have the same or similar content as Part 3 of the DEA 2017. It will not require age verification nor provide for a regime which ensures compliance with age verification for online pornography in a comprehensive manner. The Online Harms proposals are different and less stringent in respect of online pornography than that which Parliament has already approved.

At best, under the Government’s own proposals, the new Online Harms regime and regulatory framework would not come into force until 2023 or 2024. This leaves children unprotected for at least a further 2 years, and probably more, despite Parliament’s clear intention that they should have been protected expeditiously following the enactment of the DEA 2017.

We have instructed a leading QC and human rights lawyers to bring a claim for judicial review against the Government on the grounds that their refusal to implement age-verification amounts to an abuse of power.

We have sent our pre-action letter to the Government and await their response. But we need your financial support in order to bring this claim and hold the Government to account in taking steps to end the harms caused by exposing minors to violent, graphic sexual content.

When a Government refuses to implement a law that has been passed by Parliament it strikes at the heart of democracy. Please support this Crowdfunder and help ensure that the Government is held to account in addressing the harmful content that fuels a corrosive and damaging culture of sexual harassment and violence across our society.

It is shameful and disingenuous that the Government have failed to bring in Age Verification whilst giving lip service to the need for comprehensive protection. We will be moving forward to trial which we hope will be in the next 4 to 5 months.. Thank you for all your support so far, we would be extremely grateful if you could continue to share and support our page as we look to hold the government to account for their failure in this matter.

We have now heard from the Court. The judge considered that it appeared to be arguable that the Government was acting unlawfully by not bringing in age verification as required by Part 3 of the Digital Economy Act. However, the judge considered that our case was solely against the Government’s decision announced on 16th October 2019 not to bring in age verification. On that basis he said the case should have brought much sooner and so he would not allow it to proceed. We have appealed against that ruling as our challenge is against the decision of the Government made on 12th May 2021 when it was known for the first time that they would not bring in age verification for commercial pornography companies. Our appeal will be heard in the High Court on Wednesday 10th November 2021.

Thank you to everyone who has generously donated to this case. It is staggering that the Government have not provided age verification when the harm violent pornography is causing is blatantly obvious. We have to protect children from online harm if we are to have any hope of turning the tide of sexual violence and harassment. Please consider giving again and please pass on this page to friends, family and colleagues. Thank you for your support.