PrEP on the NHS in England

PrEP on the NHS in England

We are NAT (National AIDS Trust) and we are fighting to make PrEP available on the NHS in England.

PrEP (a way to prevent HIV by taking a pill before and after sex) could be the beginning of the end for HIV - but NHS England (NHSE) says that it doesn't have the power to pay for it. We disagree, and when NHSE wouldn't see sense, we launched a judicial review - and we won.

Despite the strength of this ruling - NHSE has decided to appeal - and we are now forced to go to court once again to fight for NHSE to treat PrEP fairly, and to take HIV prevention seriously.

“No one doubts that preventative medicine makes powerful sense. But one governmental body says it has no power to provide the service and the local authorities say that they have no money. The clamant is caught between the two and the potential victims of this disagreement are those who will contract HIV/Aids but who would not were the preventative policy to be fully implemented.”

In response to the decision to appeal we said:

"We call on NHS England to abandon its appeal, to allow the commissioning  process to take its course and to stop pre-empting publicly the discussions and decisions which should properly take place in the Clinical Priorities Advisory Group".

The future of HIV prevention is at stake. HIV acquisition is increasing among gay men in England, and remains stubbornly high for other groups. PrEP has the potential to turn the tide on the epidemic - but for that to happen it needs to be available to everyone who needs it.

But we can’t do it without your help! Please make a donation to our legal fund to support the appeal.

The appeal will be heard on 15th September. We hope to get a decision soon after that - our case has only been strengthened by our win at the High Court. NHSE is running its prioritisation process that could fund PrEP alongside the appeal. You can find out more and respond to their public consultation as an individual here and an organisation here.

Your donation will help ensure that we’re one step closer to everyone in England who needs PrEP having access to it. With PrEP now available in many countries across the world, we can’t afford to be left behind.

Any money we raise will initially be used for court fees and protection against the other side's costs if necessary. Any extra will go towards our legal costs, and beyond that to fund our ongoing policy and campaigning work to make PrEP in England a reality.

Want to know more about PrEP and what’s happened?

Here we are talking outside the Royal Courts of Justice on the day we got the decision:

Listen here to us making the case for PrEP on the BBC Today Programme before we got the judgement.

Read some of the press coverage from the case by clicking on the links below: 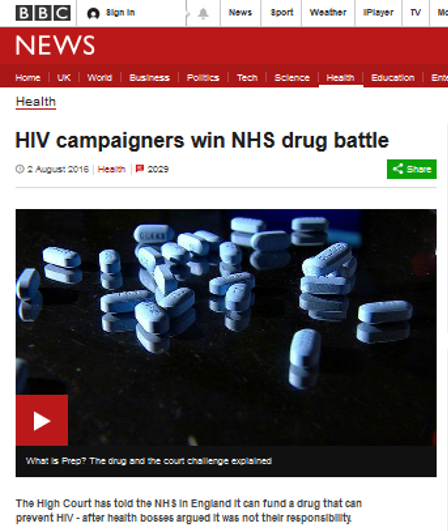 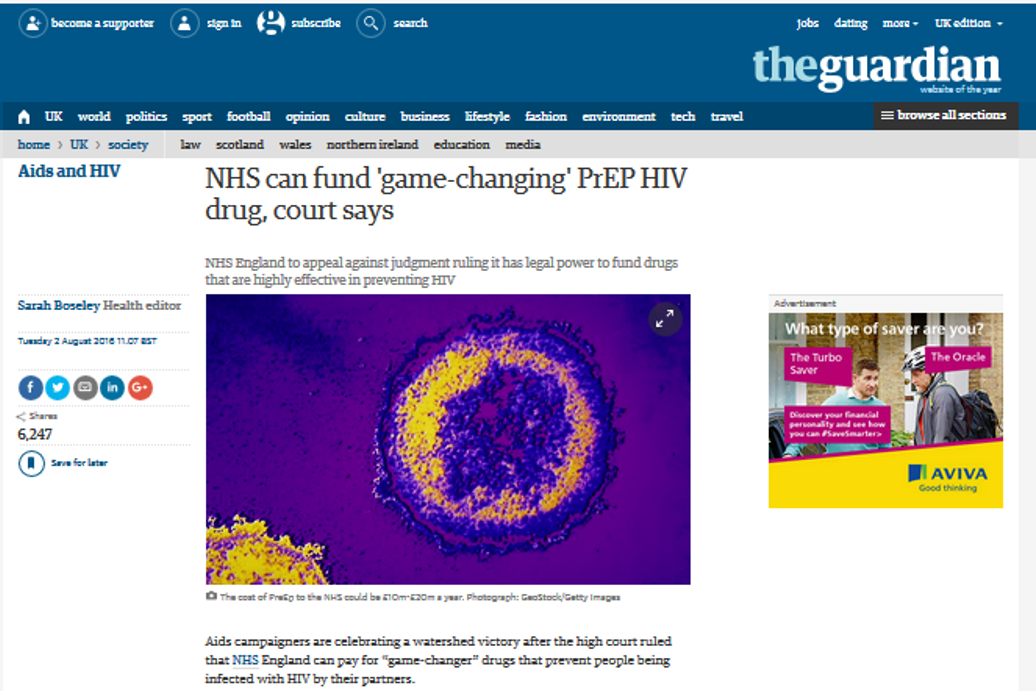 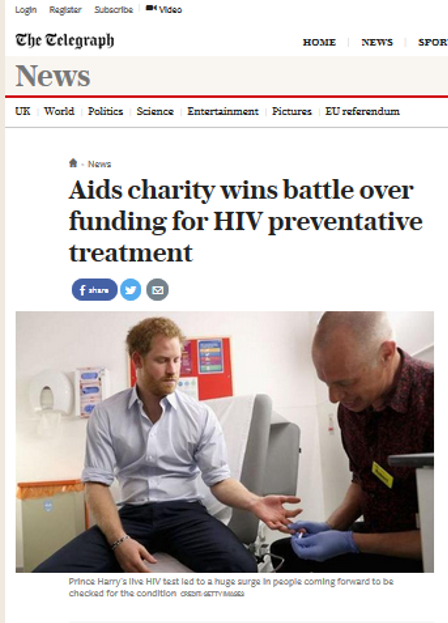 Here we are with our friends from the United4PrEP Coalition and Act Up London, protesting outside the Department of Health:

You can read the full judgment from the High Court here.