Barbara Stryjak
Case Owner
I am Barbara Stryjak, fundraising to protect Osterley from inappropriate development. I am bringing this case because I am convinced that the Council has flouted due procedure and proper consideration of planning guidelines and planning law on many counts. Having won the arguments but lost the vote at the Council's Planning Committee I am now seeking redress via a Judicial Review. I have received clear support from an overwhelming majority of residents.
Share on Facebook

London is overcrowded, with pressure on space everywhere. Its crown jewels are the open spaces, sports areas and parkland, classed as Metropolitan Open Land (MOL) - the urban equivalent of Green Belt. These are essential to London and they are supposed to have the highest possible protection from development. But they are not safe any more – and once such land is built on it is lost forever.

There is immense pressure from developers to build on Green Belt and many councils are prepared to go along with that. It is vital that this trend is stopped now before it becomes common practice. The Campaign To Protect Rural England (CPRE) is appalled by some current proposals and has issued a report (“A done deal: how new schools are being built on protected Green Belt and Metropolitan Open Land in Greater London”) which specifically mentions the Osterley case for which I am seeking a Judicial Review.

Why am I bringing this case?

Along with other residents I am trying to stop the inappropriate development of a school for 1400 children on Metropolitan Open Land.

The land in question has been used as a sports field for over 80 years and as a widely used local amenity, with multiple sports clubs basing themselves there. This development would place a school for 1400 pupils on this land and would therefore remove public access to it.

The situation so far

I have spent more hours of my time than I care to count reading through documents provided by the developer, the local authority (Hounslow) and other sources. I focussed on traffic issues because the site of the proposed school is in an area of very high traffic congestion and poor access to public transport. Other residents studied other aspects of the development and all our work has been brought together and coordinated into a major objection by a group called Keep Osterley Green (you can read that objection on the Group's website). The strong support for the work that I and other residents did was reflected in the 1200 signatures from local residents objecting to the development. That support made me feel that the hard work of reading through official documents to reveal confusion, misleading statements, contradictions and omissions had been worthwhile.

The White Lodge site on which it is proposed to build the school is Metropolitan Open Land. As such it has the same level of protection as Green Belt. Building on such land is not supposed to be allowed except in very special circumstances. I took part in the detailed work which I believe has shown beyond reasonable doubt that the developer's claim that those special circumstances exist in this case is without foundation. If the flexibility required before claiming special circumstances had been shown it would have been clear that other sites were, and are available, even if they were not the developer's first choice.

My reading of the application papers and my discussions with others working on the same materials led the following grounds for objecting to the development:

(1) The land had been used for sports facilities for over 80 years. It had recently been judged as inappropriate for educational development by the Council's own site survey;

(2) The school would not be aimed primarily at local needs, with most children coming from many miles away;

(3) The increase to already high levels of traffic congestion in an area of very poor access to public transport would be unacceptable and would also raise safety issues for the children.

The map below shows the location and also gives an idea of the scale of the intended development. 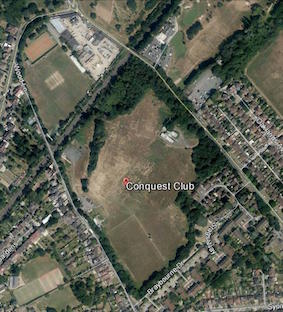 A map showing the location of the intended development

Even the council planning officers admit the local roads are “near saturation”. Yet my views, and those of other local residents were essentially ignored by the Council which approved the application. There have even been suggestions from Council sources indicating that Hounslow is over-endowed with green space so building on it is not really a great problem.

I believe that the Council has demonstrably ridden roughshod over well substantiated objections to the development, over proper consideration of planning guidelines and over planning law. I have applied for a Judicial Review in the hope that justice may be obtained in this way by careful consideration of the faulty process by which the Council reached its decision.

Now I need your help

Throughout this process the work that I and others have done, including seeking out (and paying for) professional advice on planning and on transport matters has depended on our own efforts and the money we could collect to obtain professional expertise.

I believe that I have a strong case to take this to Judicial Review and have been advised to that effect. Now it is the only means that I have to stop this misconceived development.

I have engaged barristers to support ME in this but this will be expensive. I need to raise at least £5,000 to start the process and a further £20,000 to pay for the complete process.

If this development is allowed to go ahead it will affect EVERYONE in London, with councils already planning to use this example as a precedent to justify concreting over other MOL spaces across London. MOL land you use is now at risk! 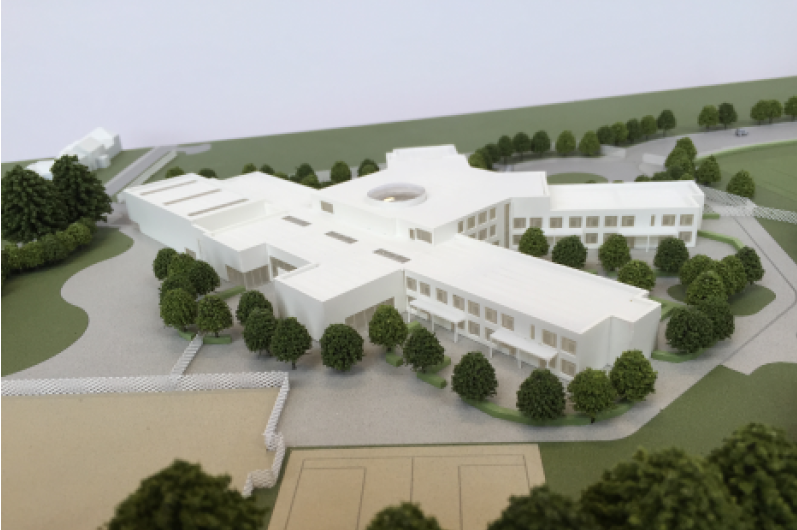 Artist's impression of the school on the former sports field

If you value the open spaces, parks and sports fields near you, and don't want them concreted over, then please donate whatever you can to support me.

To sum up: the development is an unjustified assault on MOL (which has the same level of protection as Green Belt). The CPRE has highlighted our case and strongly supported us. Residents are overwhelmingly against the development. The land has the highest status of protection and should be protected from development other than for sports purposes. The development would lead to a significant increase in unsustainable traffic in a highly congested area. None of this is in the interests of either the children who would attend the school or of the local area.

I am Barbara Stryjak, fundraising to protect Osterley from inappropriate development. I am bringing this case because I am convinced that the Council has flouted due procedure and proper consideration of planning guidelines and planning law on many counts. Having won the arguments but lost the vote at the Council's Planning Committee I am now seeking redress via a Judicial Review. I have received clear support from an overwhelming majority of residents.

• What's at stake? The challenge is to prevent building on protected green space which forms part of "London's lungs" • The next step The next step is stage 1 of a Judicial Review in which the strength of the case to go forward is evaluated. • Our solicitor Emily Williams at Irwin Mitchell LLP