julie bennett
Case Owner
My wonderful sister Sally Jane died in October 2017. Her death was painful and undignified, and, we believe, totally preventable. She was failed by those who were supposed to take care of her.
11
days to go
£7,070
pledged of £20,000 stretch target from 141 pledges
Pledge now

julie bennett
Case Owner
My wonderful sister Sally Jane died in October 2017. Her death was painful and undignified, and, we believe, totally preventable. She was failed by those who were supposed to take care of her.
Pledge now

We Need Your Help For My Sister Sally's Inquest

My name is Julie.

My beautiful sister Sally Jane had severe learning disabilities. She lived in a specialist placement all of her adult life, where she was supposed to be cared for and supported by professionals.  She was loved beyond measure and is missed tremendously by the whole family.

Sally died unexpectedly in October 2017.  Sally became very unwell, wobbly and unsteady on her feet and displayed unusual behaviour (which was her way of showing she unwell) but her carers did not call a doctor to come to see her. Sally’s condition meant that she relied on her carers for everything – she could not ask for a doctor to come on her own. Unfortunately, this led to her death.

Sally’s post mortem revealed that she died from faecal impaction (constipation).  Her bowel had burst filling her body with toxic fecal matter and she died of sepsis.

Although it was widely known Sally suffered from constipation, her bowel movements were not monitored and she was not given medication that could have saved her life.  We, Sally’s family, think that her death was totally preventable.

Since Sally’s death, we have found that her story is not uncommon amongst people with learning disabilities. Initially, we were told that an inquest was not going to be held, and so there would be no official investigation of what had happened that led to Sally’s death. We had to fight to convince the Coroner to open an inquest.

Now we are fighting to make sure that the investigation into Sally’s death is as thorough as possible so that nothing like this can happen again.  The Coroner is deciding whether or not to hold an inquest under Article 2 of the European Convention on Human Rights – the right to life.

I need the help of a solicitor and barrister to ensure that an Article 2 inquest is held so we can get the truth about Sally's care and all of the circumstances surrounding her death.

Legal fees for this work are estimated at £6,000, although the fees for the whole inquest are likely to be higher.  If the Coroner decides to hold an Article 2 inquest then I will be able to apply for legal aid to cover my fees.

Sally died a very painful and undignified death and as a family we will never recover from it. We must ensure this does not happen to anyone else and that is why making sure that this inquest is as thorough as possible is so important.

Please donate to our CrowdJustice page and share the page as far and wide as you can with family and friends via email, social media or WhatsApp etc.

Thank you for taking the time to read about my Sally and for helping us if you can.

She was our sunshine and she will be forever loved. 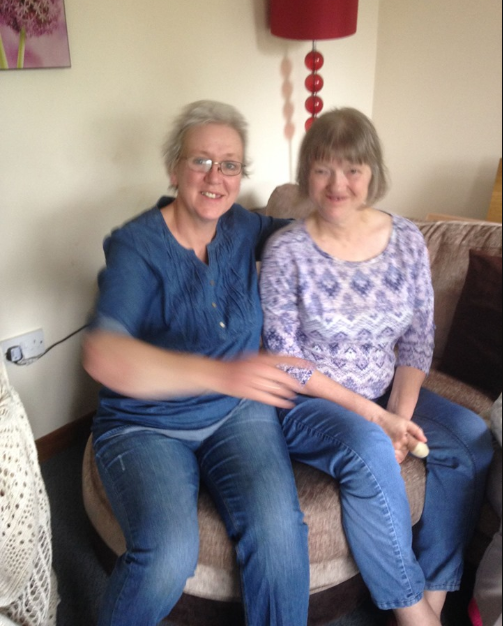 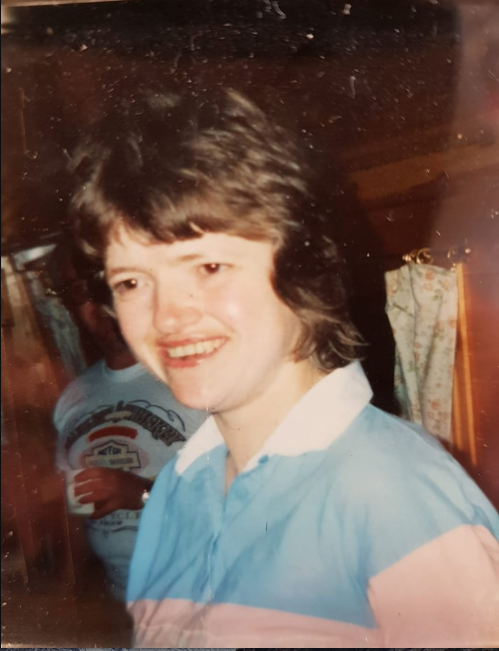 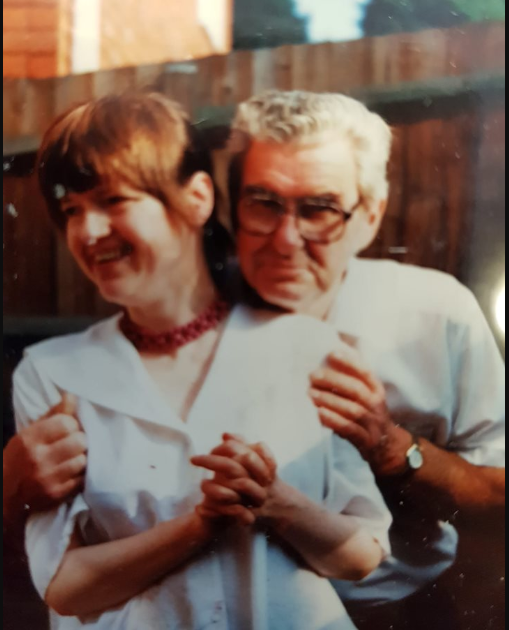 We Need Your Help For My Sister Sally's Inquest

Thank you to all who have contributed to Sally’s case – it is incredibly appreciated and has meant that our lawyers have been able to get to work combing through all of the documents we have so far to find out what happened to Sally before she died. We have some important updates in the inquest proceedings below.


What happened to Sally
Sally had learning disabilities and died in the care home in which she lived. She suffered from chronic constipation, and died following her bowel having burst. Reports investigating her death found that there were serious issues with her care and support meaning that her constipation was not properly monitored and managed. An inquest is due to take place in July to investigate Sally’s death.

We had asked the Coroner to rule that the inquest would be held in accordance with Article 2 of the Human Rights Act. This would have had the effect of the investigation not just investigating Sally’s death, but the wider circumstances of her death and the time she spent at the care home. It would also have meant legal aid funding might be available for our representation.

Why we need your help!
Unfortunately, the Coroner has ruled that the inquest will not be held in accordance with Article 2 of the Human Rights Act. I cannot get legal aid for the Inquest, and a challenge to the ruling would mean Sally’s Inquest would be even more delayed – and on top of that, there is no guarantee that it would be successful.

We need to get to the truth of what happened to our Sally, and get there as soon as possible. The failings by Dimensions have already been independently criticised by the local NHS Trust, who said there was a “clear failure by Dimensions in the management and monitoring of Sally’s bowel care, the outcome of which was catastrophic to Sally” . The longer we wait, the longer people like Sally are at risk of suffering the same fate.

It is essential that my lawyers can stay on board for the 5 day inquest in July. Thousands more documents have been provided to us, and there is a huge amount of work to be done by our legal team to ensure that the right questions are asked of the people that were supposed to look after Sally. The people who failed her so badly when she needed them most.

Sally’s carers and doctors have lawyers attending and protecting them in the inquest, and we need to make sure there is someone there doing the same for Sally too.

How can you help?
Any donations – big or small – would be greatly appreciated. Our lawyers have a lot of work to do for Sally before the inquest in July, and the inquest will involve five days of evidence from a number of different witnesses. Without our lawyers Sally’s voice will be lost.

We are a long way off our stretch target of £20,000 – and although the inquest is some way away in July, the Coroner has asked us to go through the documents and provide input to assist his investigation in the coming months. We do not have the funds to do so at the moment.

If you can make a further donation, we would be incredibly grateful. If not, then it would be really helpful if you could share the campaign on social media.

Thank you again for all of your support so far. We are approaching the final stretch and are getting closer to finding out the truth of what happened to our Sally. Please help us uncover the problems with Sally’s care and make sure no one else goes through what she did again.

thank you but still a long way to go

Thank you to everyone who has donated so far.  Your help really is appreciated and gets us closer to being able to find out what happened to Sally and make sure this doesn’t happen to anybody else.

To recap, Sally had profound learning difficulties and she was at the time of her death receiving 24/7 care - she was an extremely vulnerable person.  Despite her being known to suffer from constipation, and being prescribed daily medication by her GP, an independent medical review has found that she wasn’t given this medication for months, staff weren’t trained on how to handle constipation and failed to keep records about her condition. Her death as a result of severe constipation was entirely preventable.

A pre-inquest review hearing was held on 16 September 2019.  The Coroner has delayed making a decision on whether the inquest will be held in accordance with Article 2 of the Human Rights Act (the right to life) or not, until March 2020.  This means there is no guarantee of legal aid funding and makes your help all the more important.

Your donations so far meant we were able to instruct our legal team to attend the hearing and make submissions on behalf of Sally’s family.  We were able to persuade the Coroner to widen the scope of the inquest so that he is looking at what happened since Sally moved to her last supported living placement in 2016, until she died in October 2017.  This is good news and gives us the opportunity to look at everything that went wrong with Sally’s care.  However it also means a lot more work for our legal team to assess the evidence and make sure that all of the failings are exposed throughout the course of the inquest.

We are almost 2 years on from Sally’s death.  At the pre-inquest review, Sally’s care provider, Dimensions, was not able to say on what legal basis Sally was living at her supported living placement.  The Coroner was concerned about this and we as Sally’s family are increasingly worried that those who were supposed to care for Sally might want to sweep this under the carpet instead of investigating what happened and making sure nothing like this happens to anyone else again.  We need a legal team able to match Dimensions so that we - Sally’s family - are not sidelined and the fatal problems with Sally’s care can be properly investigated.

Your donations so far have really helped and meant we could instruct a legal team to begin investigating Sally’s case.  But we are some way off our stretch target of £15,000 which we need to ensure we have funding for the further review hearing that has been listed for March 2020.

Please keep sharing the campaign – especially on Twitter and Facebook.  If you can make a further contribution - please do consider it. However little it may be, it will make a big difference to us.

Thank you all again so much for your support – we would not be here without you.  There is still a long way to go but we hope, with your help, we can expose what happened to Sally, and make sure no one suffers the same fate as her again.