Disabled, Discriminated against and forced out of school.

Disabled, Discriminated against and forced out of school.

My name is Melissa and I am 18 years old. I have Developmental Language Disorder, and Cognition and Learning Disabilities.

I was discriminated in 2017-2018 by my previous school because of my disabilities. I want to take an action to hold the school to account and protect other students. I need your help urgently.

In September 2017, I applied to attend my local 6th form. The school refused my admission due to my disability. I challenged this at the High Court and won. The school was forced to admit me. By this time, I had been out of education for 6 months.

From the start of my attendance at the school, I have experienced discrimination targeted against me by the headteacher. For example, I was put in situations to pressure me into failure, I was denied attending medical appointments and threatened with fines and dismissal even though my attendance had been 100%.

By the end of the academic year, I was making great progress, and achieving merits and distinctions. Then the headteacher accused me of plagiarism with the excuse that I couldn’t produce work to such standards with the disabilities I have, and refused to allow me to continue with the course.

I offered to produce the assignments under exam conditions, to disprove these allegations, but my request was declined. I asked for a formal investigation, but this was declined.

I was not permitted to attend lessons with my peers. Instead I was directed to sit in the library by myself, with no teaching. I could not take any more of this unfair treatment except to leave.

I experienced emotional and mental health difficulties during this time. I had panic attacks and chest pains, resulting in several A&E visits.

I am now enrolled at another school, studying the same course. My new school accepts and believes in me. They recognise that I am a highly motivated, positive and respectful student.

With appropriate support, I have succeeded, receiving top marks. I am hoping to continue my studies in higher education. My dream is to become a social worker, so that I can make a difference to others.

Why am I asking for help?

I am taking a Disability Discrimination case against my former school on 3rd and 4th June 2019.  I need your help urgently to secure Legal Representation.

What do I hope to achieve?

I am seeking a declaration that my old school unlawfully discriminated against me because of my disability and an order for the Equality and Human Rights Commission to review the school’s policies and procedures.

If this is granted, it will help to promote a system of justice for students! There will be many families who have experienced what I have or who may have this battle ahead of them in the future. I wish to set a precedent to help everyone. Every time we stand together to make a point we improve things not necessarily for ourselves but for everyone!

How much do I need to raise?

Summary of the Judgement:

After a two-day hearing attended by the parties and their witnesses on 3-4 June and a day of deliberations by the three-member Panel that heard the case, the Tribunal issued a detailed written decision with its findings in Melissa’s claim.

The Tribunal found that Cardinal Pole Catholic School had unlawfully discriminated against Melissa by failing to make reasonable adjustments for her disability, despite knowing that Melissa was disabled.  The school was found to have acted unlawfully on four separate occasions between 5 March and 11 June 2018.  This included a decision by the school to call Melissa into the head teacher’s office without prior notice for a meeting in which she was questioned about her school work, and which Melissa found very intimidating.  The Tribunal also found the school to have discriminated against Melissa when it decided to terminate her place on a Level 3 Health and Social Care course in June, without any prior discussion or consultation with Melissa to explain that this was a possibility and what could lead to this decision.  As a result, Melissa was shocked and in complete disbelief when her place on the course was suddenly terminated, which caused her to lose trust in the school’s ability and willingness to support her.

The school was also found to have acted unlawfully against Melissa by failing to comply with its written policy on student absences in refusing to authorise a medical appointment with CAMHS – Melissa had requested an urgent meeting with her CAMHS therapist to receive counselling and support after a school meeting in which her progress was discussed that had left her feeling anxious and upset.

Unfortunately the Special Educational Needs & Disability Tribunal does not have the power to award financial damages where it makes a finding of discrimination. It can only order non-financial remedies with a view to ‘obviating or reducing the adverse effect’ on the person of the discriminatory conduct. In Melissa’s case, the Tribunal ordered the following:

It was re-assuring that during the course of the hearing, the school indicated that it had learnt lessons from Melissa’s case and that, in hindsight, it may have acted differently and taken different decisions. It is hoped that in the future staff at the school will be better aware of their duties under the Equality Act and will pro-actively consider any reasonable adjustments they may need to make for pupils with a disability.

To my Family, Friends, Simpson Millar Solicitors, Crowd Justice, my teachers at PETCHEY, professionals, Hackney Independent Parents Forum, mums and dads, parents of children with SEND, SEND Crisis Campaign, Hackney CAHMS, The Tribunal Judges, young people and each and every one of you that believed in me....

THANK YOU for helping me as a Young Person to challenge the Disability Discrimination I experienced. I am so pleased to say that I HAVE WON the case.... A two day hearing at Royal Court of Justice? It was indeed a very challenging experience for me to proceed with this journey which was emotionally and physically draining. However, I am so happy that the order revealed my justice. My intention was to influence and change attitudes. I remain hopeful that the directions of this order will protect and prevent future discriminations against children and young people who genuinely need to be supported, nurtured, and protected... Children and Young People with SEND have strengths and aspirations... Lets work in Unison to help all those who; Deserve a chance.. Deserve to have a dream... Deserve an opportunity... Deserve to give it a go... Deserve to succeed...Deserve high aspirations... However big or small... Please make those small adjustments from your end which will have a major impact for those that receive it like me..... Dr Kebbie and Miss Green - PETCHEY.. Thank you for opening your gates to me with a belief, "Melissa we are going to make this placement work for you and we will do just that!", and for providing me Reasonable Adjustments over and beyond your remits! I am so thankful... This is all with the belief of all of you.

I am currently in process of applying to Universities with predicted Disctintion Grades.... . I am only half way through my journey in becoming a member of the Social Services field with the hope to support young vulnerable hearts ... Sending you all Love and Regards.... 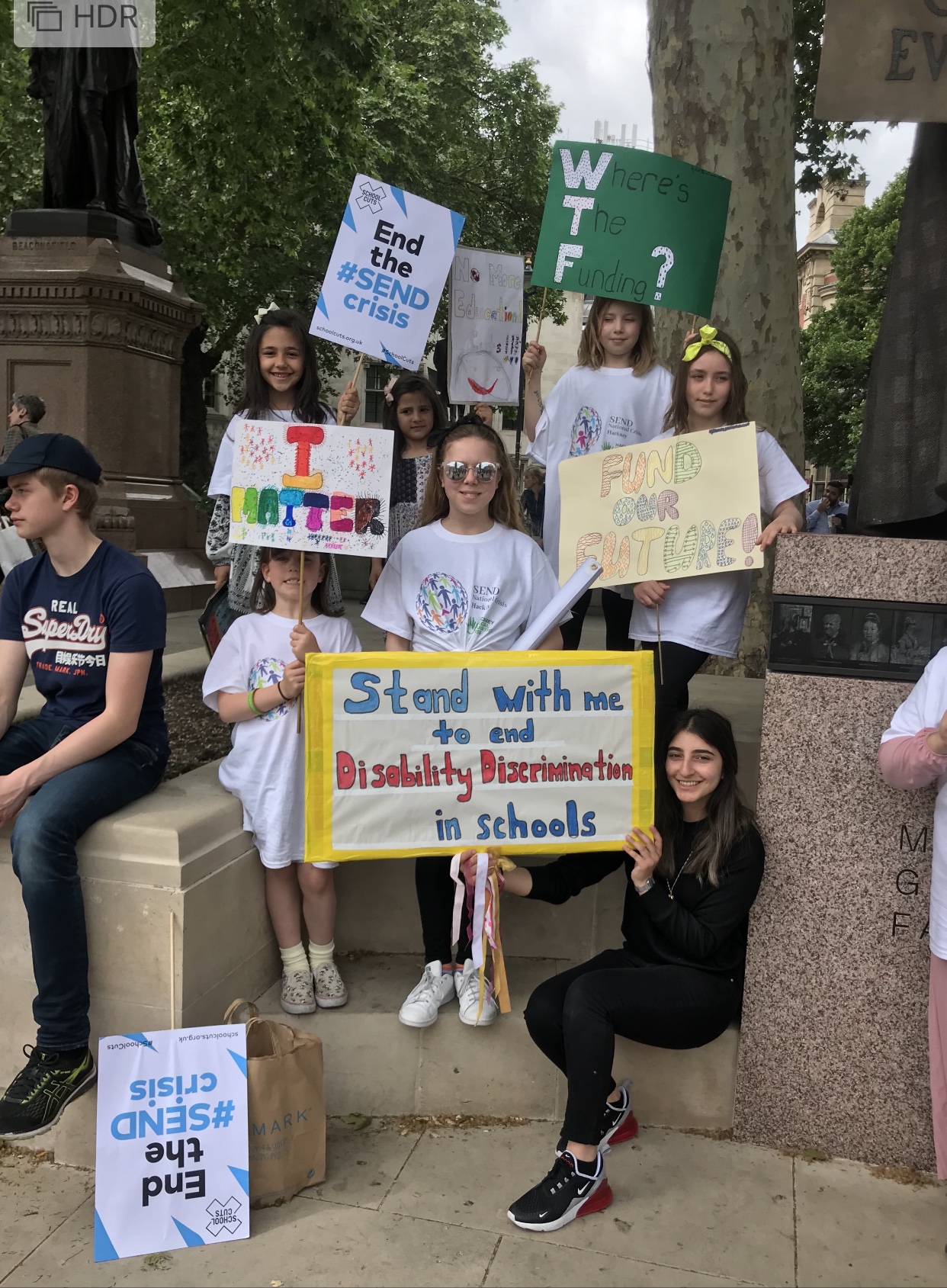 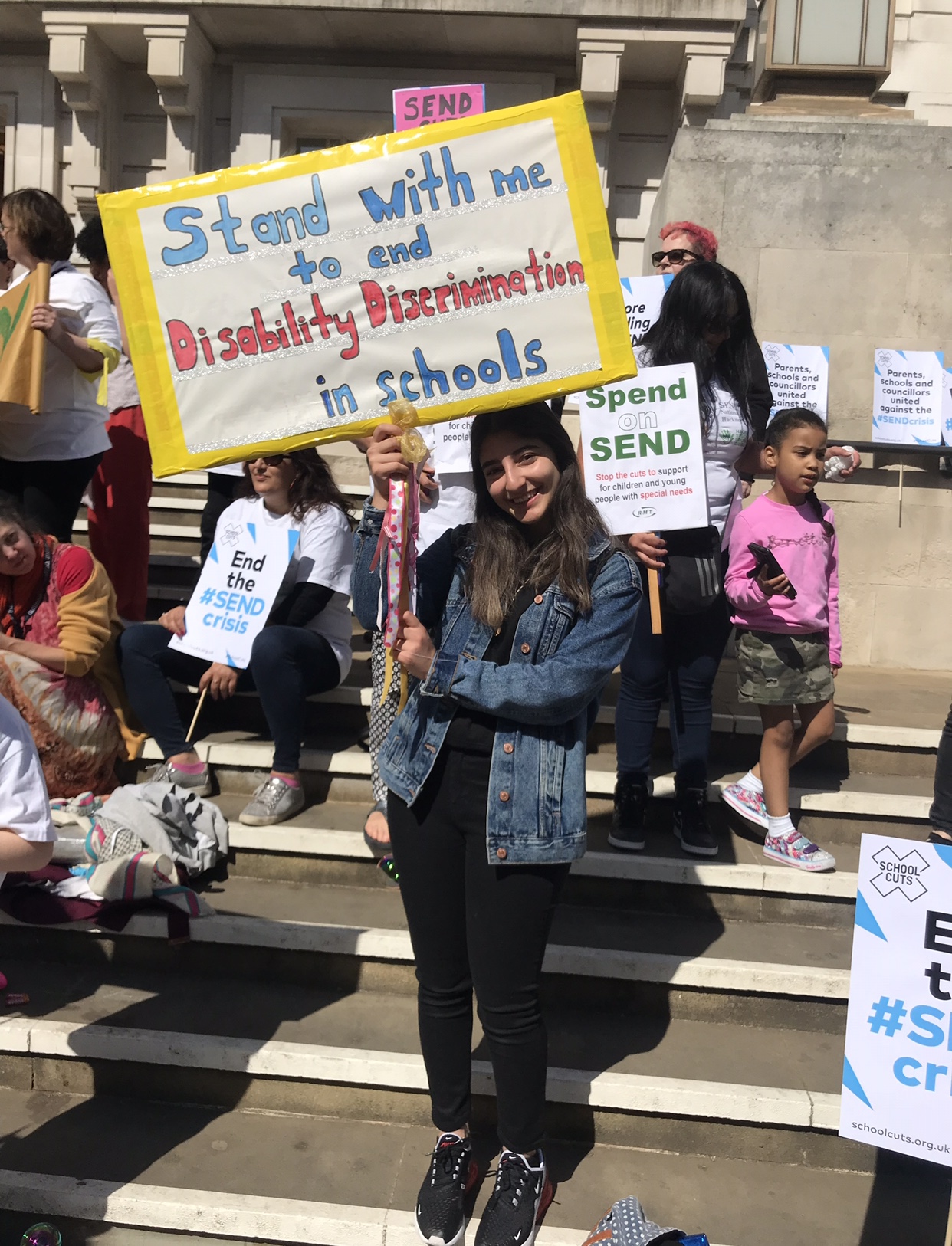 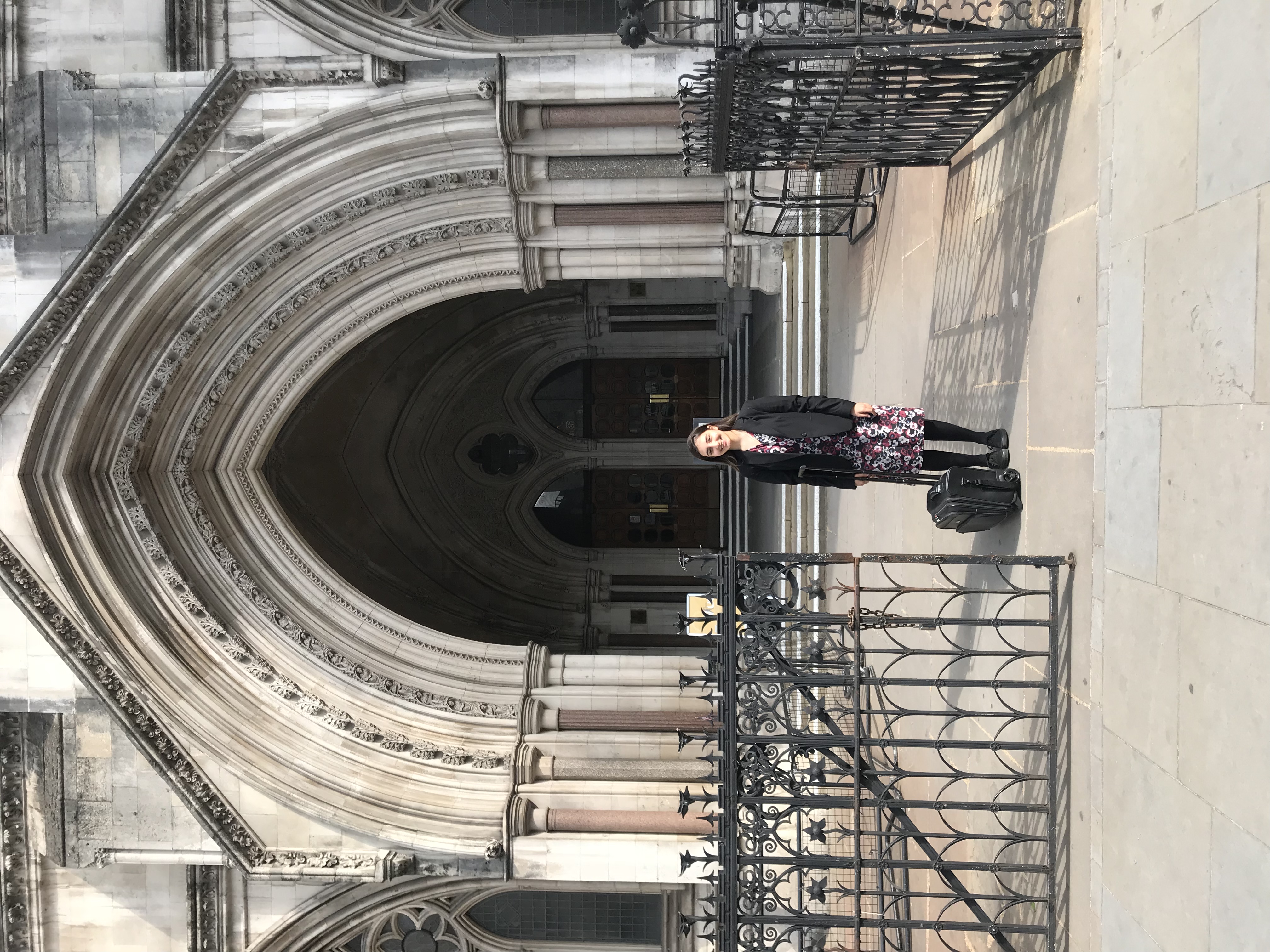 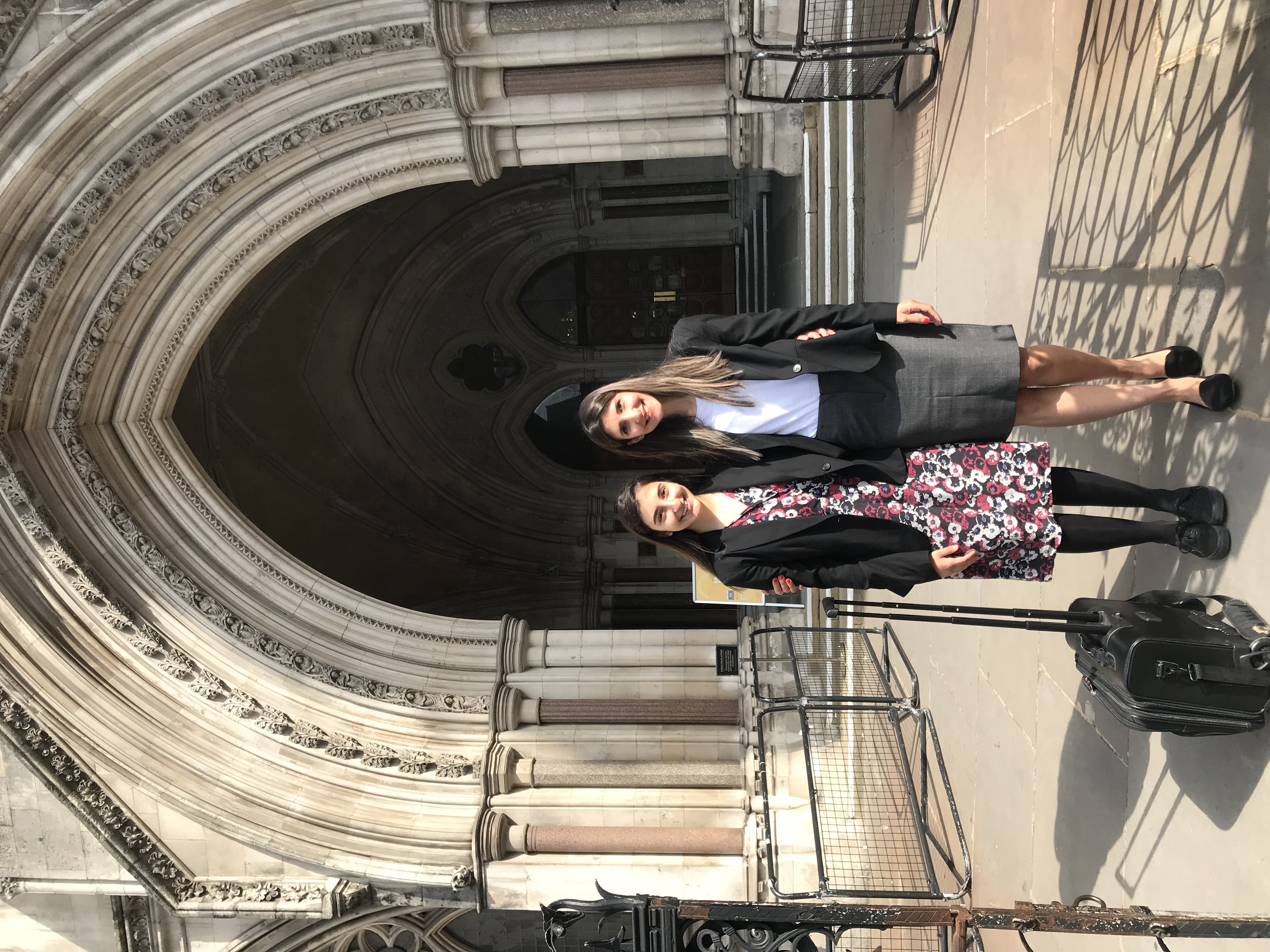 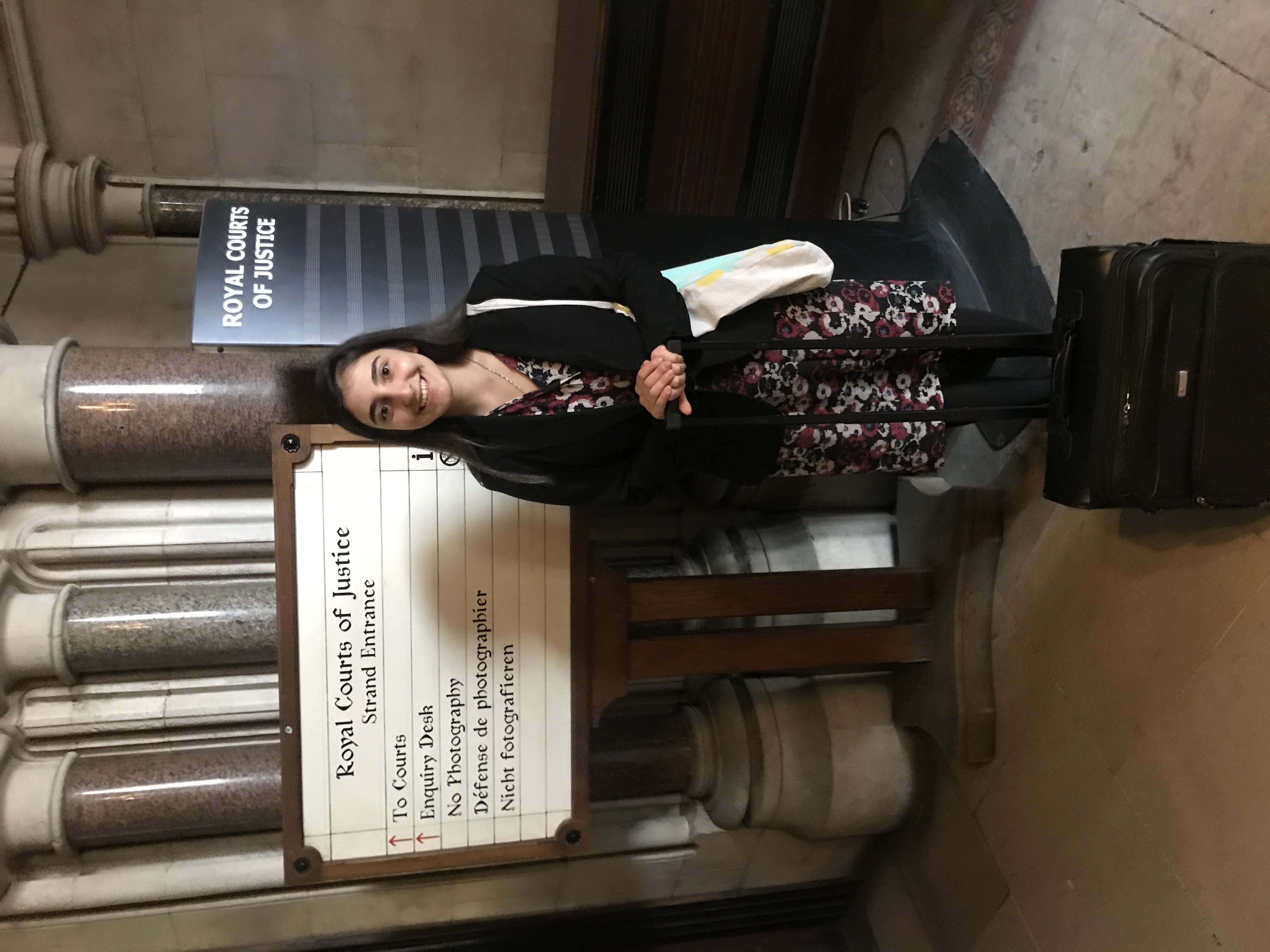 Thank you to each and every one of you for helping me secure legal representation at the hearing! I was very well supported by Simpson Millar Lawyer and also the Tribunal who made reasonable adjustments so that I could communicate my views. I want to thank everyone for their support!

My case was heard by a Tribunal Panel of three members over two days on 3 and 4 June – that time was spent hearing the evidence from each party, so the Tribunal Panel could establish the facts which form the basis of my claim and which are in dispute between the parties. As there was no time at the hearing for the parties’ legal representatives to make closing legal submissions, the Judge ordered the parties’ representatives to submit written arguments after the hearing. The Panel will then sit again without the parties on 10 July to deliberate and reach a decision on the case.

My lawyer has no funding at present to prepare written submissions. This will be an important exercise where my lawyer considers the written legal arguments made by the school’s representative and responds to them with specific reference to the oral evidence that was given over the 2-day hearing by preparing written legal submissions applying the relevant law to explain the school’s unlawful behaviour. If I am not given the opportunity to file written submissions I will be placed at a disadvantaged, as the Tribunal will only have the benefit of the school’s legal arguments and defence of my claim when reaching its decision.

Your contribution will therefore help to ensure that both the school and I are on an equal footing and able to present our legal submissions before the Tribunal makes a decision in my case.

I would be most grateful if you could support me at this stage and or share my page.