by Sarah Burrows and Christine Naish

Sarah Burrows and Christine Naish
Case Owner
I am Luke's mother and Christine is Luke's gran. We want my son's Inquest to be Judicially reviewed after he committed suicide whilst in the care of Avon and Wiltshire NHS Partnership trust.
Funded
on 12th March 2021
£1,648
pledged of £30,000 stretch target from 60 pledges

Sarah Burrows and Christine Naish
Case Owner
I am Luke's mother and Christine is Luke's gran. We want my son's Inquest to be Judicially reviewed after he committed suicide whilst in the care of Avon and Wiltshire NHS Partnership trust.
Share on Facebook

Hello my name is Sarah Burrows I am Luke's mother and Christine is Luke's gran. We have been fighting the mental health services for years to get help for my son Luke. However after his death two years ago after he was repeatedly failed, we have since been working tirelessly to get his voice heard during his article 2 inquest and invoke changes within the mental health services.  But alas this did not happen and the coroner concluded there were no lessons to be learned. We are therefore seeking legal advice in relation to a Judicial Review of the Coroner's decision.

Luke suffered from psychosis from an early age and after being sectioned (27 yrs old) he was entitled to section 117 aftercare provided by Avon and Wiltshire Mental Health Partnership. However, 9 months later Luke died by suicide after many attempts to get help from the trust.

Luke was repeatedly failed in the most fundamental requirements of providing adequate care and support.  Crucial paperwork such as care plans, risk assessments and formal mental capacity tests had not been completed. Communication between staff was extremely poor, supervision of staff members was inadequate and staff were working over capacity.  Avon and Wiltshire Mental Health Partnership NHS Trust had a duty to assist Luke with his care needs and prevent any deterioration in his mental health. He should have been put into 24 hour care straight after he was discharged from hospital, as it was very obvious he was unable to care for himself. Instead he was given a 14 hr week care package, which was not put in place until 6 weeks after he was discharged and was left on his own in an almost bare flat without any help. Luke deteriorated significantly in his final year of life and he began to take hard drugs.  Luke told the trust on 4 occasions that he was suicidal and he had the means to do it, however he was only ever signposted to get help.

I believe my son’s death was facilitated and enabled by the fact that the poor state of his mental health had not been fully appreciated, his care, treatment and supervision was withdrawn instead of increased with the obvious fact he was severely deteriorating.  Our fears that he would take his life were ignored despite our many calls and complaints for help. I feel the cause of his death was caused by neglect from the trust, who failed to take the steps to avoid the risk to Luke and failed to assess the risk that Luke was to himself.

Luke's inquest was an Article 2 Inquest. An Article 2 is the 'right to life' within the European Convention of Human Rights Act and the primary purpose of this Inquest was to ascertain the extent of official failings by the trust as Luke repeatedly requested to be admitted to hospital to save his life. Over the course of the past 2 years we have been working hard to highlight failures by the trust and invoke change during Luke’s inquest. However it has fallen on deaf ears, all we heard throughout the inquest was that it was Luke’s fault for not engaging with staff, when it was obvious he was unable to live independently. As a parent, to see how much he was asking for real help and to see no one taking any responsibility and instead blaming someone who was mentally ill, was incredibly distressing. After having the lengthy article 2 inquest over 10 days, the coroner concluded that he didn't feel any lessons were to be learned. This conclusion did not reflect the vast evidence that was heard.

As a family we felt the findings were absolutely absurd and as you can imagine completely soul destroying!

My findings were completely different:

Our mental health services are failing so many people by not delivering the correct care and support to its service users, and it is quite obvious poor Luke had no chance. They are supposed to provide a safety net, so that it never gets to the point of boiling over. There are so many people out there who haven't had the support from their families like Luke did, and are severely suffering. Cases like these are swept under the carpet and forgotten.  Mental health should be a government priority! I’ve spoken to hundreds of people who are in the same position as us and there are hundreds of charities and petitions out there are trying to evoke change and yet nothing is done. If coroners and mental health services are not prepared to listen to families in inquests then how can we fix our very broken systems?  The fact that they not trying to learn from this is utterly disgusting.

Luke’s death was a totally unacceptable loss of life that could have easily have been prevented. The devastation suicide causes is immeasurable and our lives have changed forever.

We are therefore seeking legal advice in relation to a Judicial Review of the Coroner's decision and trying to raise funds to cover the costs of the proceedings.  This potentially could be expensive .

Please could you contribute as much as you can, we need as much support as possible. I cannot do this without you. We appreciate any help however large or small.

Most importantly please could you share this page far and wide, so we can get Luke's voice heard and make real changes to our broken mental health services!

This is only a short description of Luke's final year of life and the vast extent of failures. If you would like to read more and get involved with my campaign you can find further details on our Facebook page at 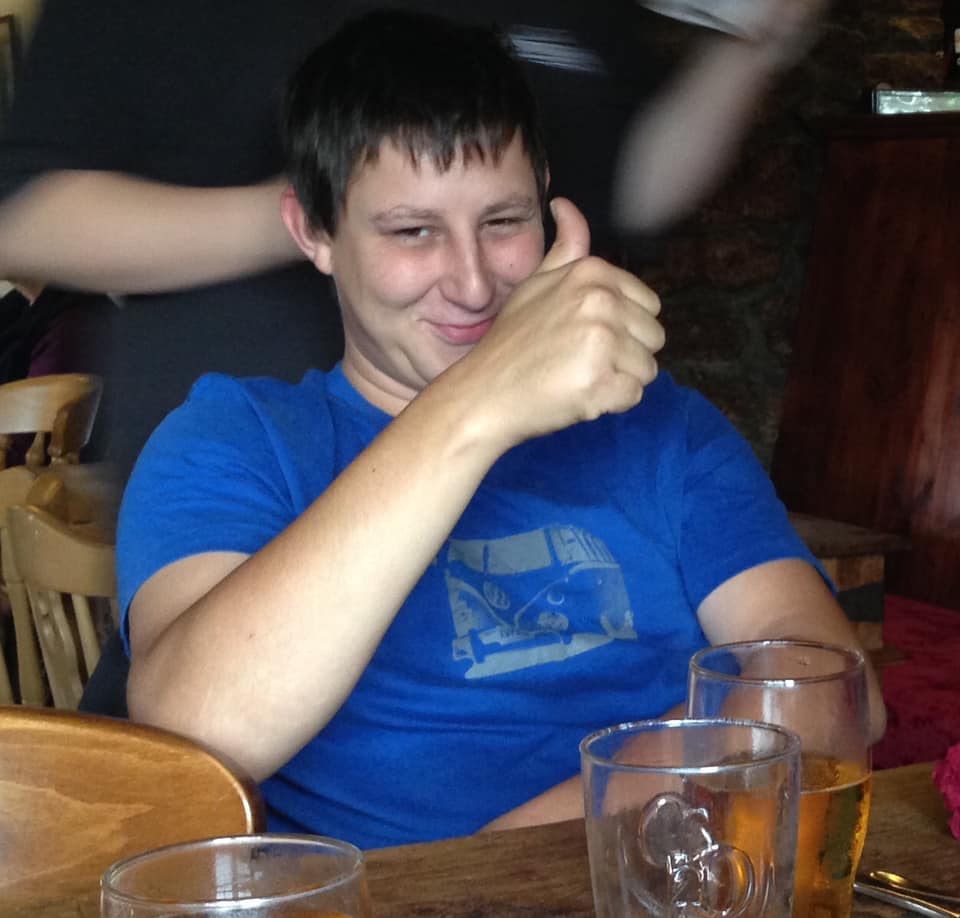