Stand up to President Juncker's unlawful ban on Brexit talks

Stand up to President Juncker's unlawful ban on Brexit talks

We are Fair Deal for Expats, a non-profit organisation set up to protect the rights of British and EU expats as the UK leaves the European Union.  But this issue affects everyone.

We are trying to make sure that preliminary discussions can take place between the UK Government and the EU Commission now - before the UK has triggered Article 50.

President of the European Commission, Jean-Claude Juncker, has banned the Commission from talking to the UK until Article 50 is triggered.  The ban is unlawful and is harming the rights and interests of all EU citizens right now, especially those UK citizens who have made their lives or business in other EU countries, or EU citizens who have migrated to the UK.

Prime Minister Theresa May recently called for preparatory work to begin between the UK and the EU so that the negotiation process goes smoothly.  That call has been roundly rejected by the EU.

We think it is essential that headline points of agreement are reached without any further delay, guaranteeing the rights of the millions of people affected.  A guarantee from the EU and the UK that they will reciprocate and respect the rights of citizens living abroad would end the uncertainty suffered by ordinary people.

In the words of our President, John Shaw: "Juncker's ban is preventing reasonable voices from discussing Brexit. This is not in the interests of the 5 million people who have moved between the UK and the EU27 under freedom of movement laws, let alone business and other interests. It has to be struck down".

If you agree with us, we would be very grateful for your support. Cool heads must prevail during Brexit, and the EU Commissions' posturing will only protract the negotiations.

More on the detail

We are bringing the only legal challenge (as far as we know) against the EU Commission to overturn EU President Juncker's ban on discussions and negotiations, which we believe is unlawful. We need your support.

Juncker says that he issued a 'Presidential Order' banning any discussions or negotiations with the UK following the Brexit referendum: "No notification - no negotiation". When we contacted the Commission, it confirmed that there was, in fact, no such thing as a Presidential Order and suggested that it may have been a mistranslation. However, as you can see from the clip of him making his speech he clearly said "Ordre Presidentielle" which is French for 'Presidential Order' (just after 2 mins and 50 seconds).

Indeed, the Commission's own Press Release records him as saying exactly that.

We believe that there is no lawful basis for banning any such discussions, not least because at the moment the UK remains a full member of the EU.  It is wrong for the Commission to discriminate against the UK and against its citizens by refusing to discuss matters that affect them profoundly.  We believe it is also contrary to the correct interpretation of Article 50, as well as the Commission's duty of co-operation with all Member States, which includes the UK.

So we believe Juncker's statements to be misleading, as well as unlawful and harmful to the UK and EU’s interests.

Prime Minister Theresa May called for preparatory work between the UK and the EU:

“I hope and I will be saying to [the remaining Members of the EU] that now that they know what our timing is going to be – it’s not an exact date but they know it will be in the first quarter of next year – that we’ll be able to have some preparatory work so that once the trigger comes we’ll have a smoother process of negotiation. I think this is important. It’s not just important for the UK, it’s important for Europe as a whole that we are able to do this in the best possible way so that we have the least disruption for business – you were talking about investors earlier in your questions – and when we leave the EU we have a smooth transition away from the EU.”

The Commission still refuses to respond to this request by allowing these preparatory talks.

We need your support

Named individual members of Fair Deal for Expats are bringing the case. They need your support. 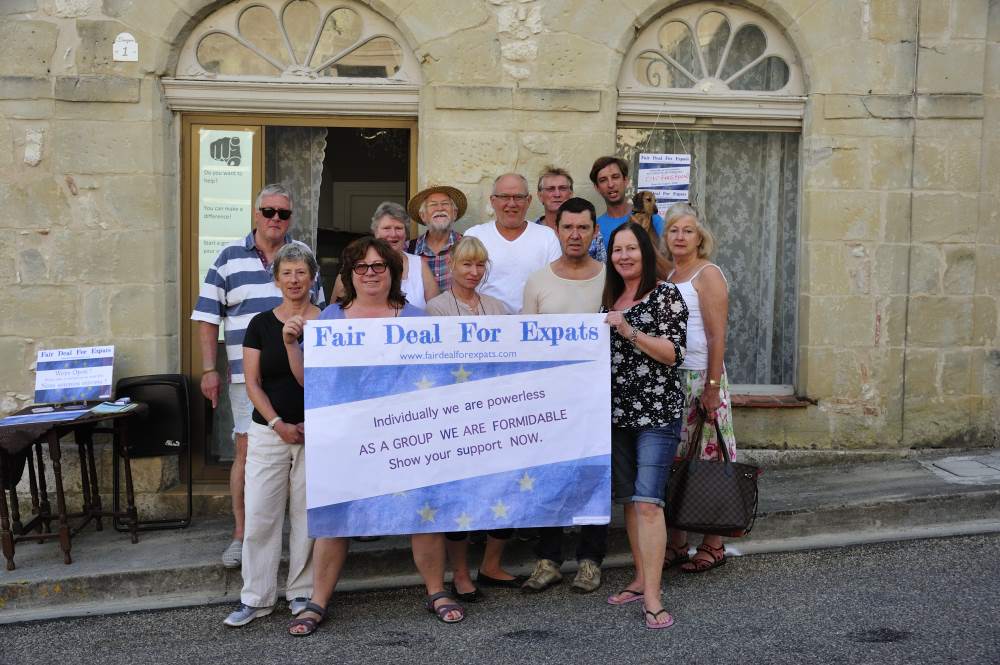 Any support which you can offer to this legal challenge would be very greatly appreciated. As far as we know, we are the only people presently trying to challenge Juncker's ban.

Brexit and the terms of the UK's relationship with the EU affects everyone, but expatriates are acutely affected by this, which is why we have got organised and are bringing this case.

Please help and support us to pursue this important legal challenge. Please also share this page widely if you wish to.

Your support will go towards funding our legal costs in the General Court of the European Union in this challenge only.  We are also involved in important proceedings in the High Court in London concerning Article 50, but this campaign is to raise funds for the sole purpose of the challenge to President Juncker's ban.

Every contibution has a huge impact and we are seeking as modest a sum as possible to help meet our costs.

Fair Deal for Expats (FDfE) is an organisation that has been set up following the referendum on EU membership on 23 June 2016 in order principally to represent the interests of the large number of British nationals who reside, or have business, family, property or other interests, in other EU countries.

Fair Deal for Expats is registered in France as a non-profit organisation pursuant to the French Non-Profit Organizations Law of 1901, under number W472001988. Membership is open to British nationals (and their families, partners etc) who reside, or have business, family, property or other interests, in other EU countries. Support is welcome from all concerned.

Jean-Claude Juncker's speech on 28 June 2016 to the plenary session of the European Parliament in Brussels was published as a transcript by the EU Commission as SPEECH/16/2353 and is available here. A video of the speech was also published on an EU Parliament website and can be found here. Prime Minister May’s interview on The Andrew Marr Show can be seen here.

Our intention to bring this challenge was reported last month in The Guardian, The Sun, Herald Scotland, and more.