by The Oval Campaign

Ask Judge to cancel sale contract of legal Open Space, due to multiple failures of due process.

This is an appeal to the public to fund the final stage of the Oval Campaign  from the Whitstable Society ('WS') and the Oval Preservation Community Group (‘OPCG’). We seek to have the secret sale agreement cancelled by the judge (quashed). The case has national importance. The photo shows the rectangle of the Oval and its access  drive when it was used for dinghies. Named after the roller skating rink created in 1914, the Oval was bought in 1945 by the local council under the powers of 1875/1906 statutes as open space for the public.

The Judicial Review starts on Dec 13th. The minimum required is £25,000 from all sources before December 13th to make absolutely certain the case can be pursued to the end.  It is important for locals, visitors and nationally to ensure that: 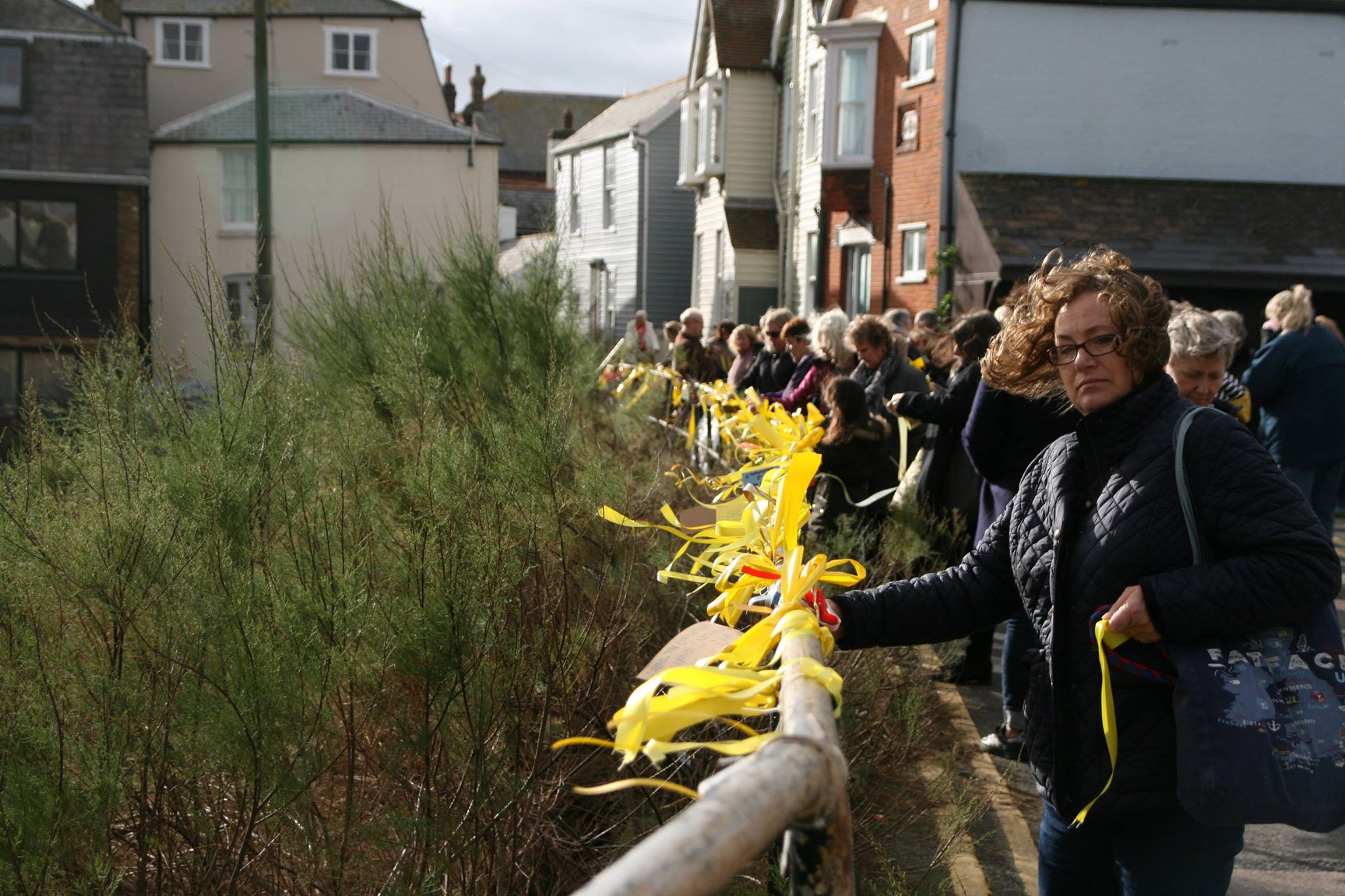 The Oval is reputed by archaeologists to be the original fish market of the town of Whitstable. It has never been developed and was used as a public roller skating rink in the early part of the 20th century. From 1962, it  added to the  recreational amenity of the town as a parking and preparation area for dinghies for the town's important and valued yacht club. This role was recognised by the Council charging just £26 p.a. licence rental.

It was bought by the then Whitstable council in 1945 as a site to be developed as public open space under the powers of the Public Health Act 1875 / Open Spaces Act 1906 which give more flexible protection to open space into the future than does the Local Government Act 1972 for land acquired as OS after 1972.  A few high level legal officers of the succeeding Canterbury City Council ignored the legal Open Space status and the researched opinions of previous chief legal officers, when they advised that the Council could sell the land for development of luxury houses and holiday lets in Jan. 2015. The Council also contracted to sell the Oval illegally (according to our legal team) given major deficiencies in the contract itself (described below) and related matters of incorrect valuation. The offcers also gave very misleading advice  to decision-making councillors who were required to act in  private sessions; impervious to broad third party expert advice and later to Freedom of Information requests. 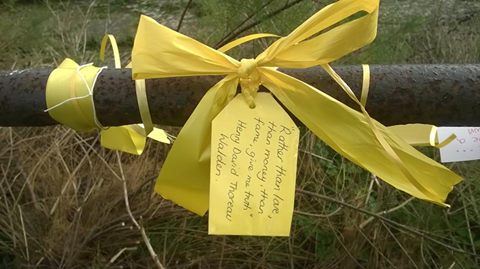 The judge can order that the sale contract for the Oval be cancelled even if only one ground is proved. This principle is agreed even by the council’s barrister but councillors and the public have been instructed by the Chief Executive that the sale contract signed in January 2015 cannot be cancelled (quashed) by anyone. The Oval case has five 'Grounds', but essentially three legal lines of attack as described below.

Councillors currently cannot intervene because the Legal Dept. has told them not to get involved. We are asking the court to cancel  the sale contract since its illegality makes it void. This will permit councillors, by various means, to insist on a new contract with a party which ensures that the Oval’s open space inheritance is fully preserved for the future, with public consultation, before any decisions are made.

The  Grounds of our Claim were argued by both barristers before Judge Supperstone on June 8th when the WS sought permission to proceed to a full judicial review and to do so 9 months after the normal deadline. Both of these were strongly opposed by the Council's legal team. The judge ordered that the delay was justified due to the Council's extreme secrecy and ruled that the five grounds were each worthy of full examination at a JR. The recording of this two hour Continuance Hearing can be heard at the High Court ( case reference C0/857/2016) and a transcript will be purchased shortly and made public by us. The link to our full Grounds with supporting evidence can be found in the links section below.

The Council delivered an enormous defence bundle at the end of July and those Campaign volunteers available during this traditional holiday period had to spend most of August responding to it with the lawyers.  During the coming months the legal team will prepare the skeleton case and make the detailed preparations for presenting and arguing the case during the three allocated days from Dec 13th. The public may attend.

The picture extract below, from June 8th, shows our solicitor, Lisa Foster from ‘Richard Buxtons’, Cambridge, and Daniel Stedman-Jones from ‘39 Essex Chambers’, whose summary speech the Campaign members present were privileged to hear. The smiles, the first in some time, were because the judge dismissed the assertions of the council’s barrister that our grounds were baseless and that  we were  well out of time for a JR. Since the Council  unnecessarily kept key documents secret, any other conclusion would have created a classic ‘Catch 22’. 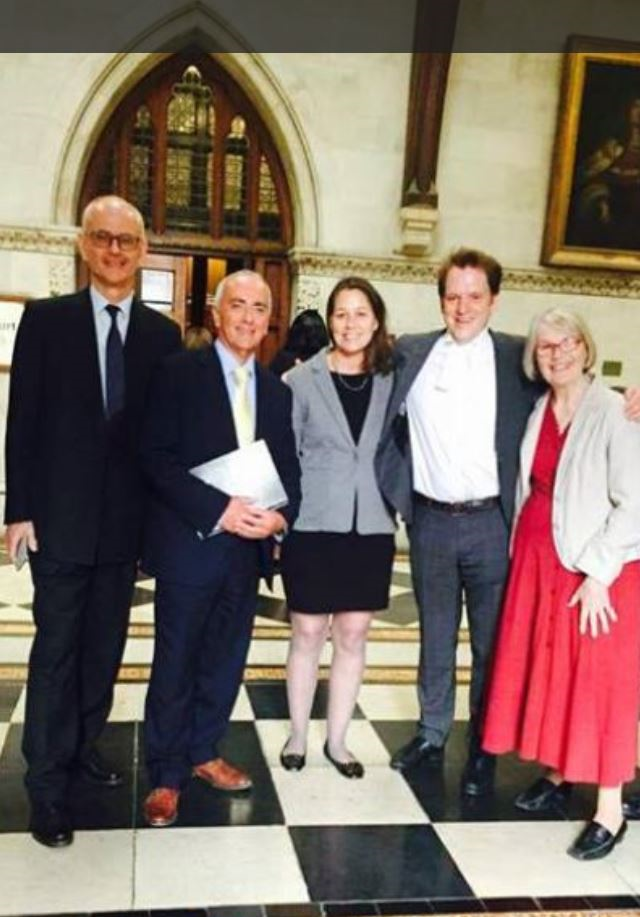 The broad smiles were temporary of course as this Continuance Hearing was a stepping stone, albeit the last, to the substantive hearing of the Judicial Review in December and the work and time needed for that.

The post-legal success objective is to have the Council agree legally binding conditions for any future commercial development  preserving public Open Space equal to the size of the Oval land at sea level, essentially as the town’s first proper square; and in sharp contrast to the developer SSD's July 2015 planning application for expensive homes and holiday lets with zero public open space. Under the public open space there would parking, effectively financing the best provision in terms of size and quality for the public realm. Alternatively, if the council can be made to reverse its decision not to recognise that the Oval is an Asset of Community Value and if the majority of the wider community agree, the community can buy the land, make improvements to it as it stands and maintain it; subject to funding.   Or a combination of  two might be possible .

The costs of our legal team’s work in the seven months to July have been covered by Phase 1 of our fund raising (if we were to lose on all Grounds) and by a £35,000 plus VAT capped sum from the Council when we win.

We now have to raise around £25,000 from Crowd Justice, and all other channels of giving, to cover the minimum costs necessary to permit our legal team to prepare for and represent our case at the December hearing. The first £10,000 raised in this Phase 2 of fund raising must be put in escrow before the Hearing and this will be paid to the Council, if we lose, as a capped payment for their costs.

Crowd Justice have a first target requirement as most cases are early stage and that target is set as one which needs to be reached to permit the case to get off the ground. Pledges are not collected from donors if that target is not met. To avoid the risk of a slow start resulting in the first target not being met and pledges lost, it is set at the very low level £2000. As soon as that   sum is met, we will set an extended target at the maximum needed to be paid direct to our legal team at the end of the hearing; after deducting any donations for legal bills that have come in to the Whitstable Society through other channels. We will update this site on progress.

Articles on the Oval case have been published at the time of the new fund raising by the Open Spaces Society,  a donor to the Campaign, and Civic Voice for their memberships nationwide.