Help us ensure an unbiased, independent review of Prevent!

Help us ensure an unbiased, independent review of Prevent!

Rights Watch (UK)
Case Owner
We work to promote just and accountable security by ensuring that the measures taken by the UK Government in pursuit of national security are compliant with international and human rights law.
Closed
on 30th November 2019
£1,155
pledged of £2,500 target from 7 pledges

Rights Watch (UK)
Case Owner
We work to promote just and accountable security by ensuring that the measures taken by the UK Government in pursuit of national security are compliant with international and human rights law.
Share on Facebook

We are seeking support with our legal challenge to the appointment of Lord Carlile as the Independent Reviewer of the Government’s controversial counter-extremism strategy, Prevent.

As recently as May 2019, Lord Carlile publicly declared his support for the strategy, stating that a Review is completely unnecessary and based on fictitious evidence.

In December 2018, Lord Carlile went so far as to concede that he is biased toward Prevent. If this does not disqualify him from the position of "Independent Reviewer" then we don’t know what does? Please contribute to our legal challenge now and share this page with your colleagues, friends, family and on social media.

In January 2019, following Parliament’s insistence, and after years of stakeholders calling for a Review, the Government announced an independent review of Prevent.

Despite assuring Parliament that the appointment process would follow the Official Governance Code on Public Appointments, the Government went ahead and appointed Lord Carlile behind closed doors and announced his appointment on 12 August 2019.

We need your help to make sure this Review is genuinely independent!

Why the Review must be independent

Prevent, which is a centrepiece of the Government’s national counter-terrorism strategy, has been shown to stifle speech, spread fear and distrust, and encourage discrimination. The policy is flawed in design and unlawful in effect. It places the UK in breach of its international human rights obligations, and alienates the very communities whose engagement with, and confidence in, government is crucial to dealing with the risk of terrorism.

This Review will be the first time that the Prevent strategy has undergone any kind of independent public review, oversight or assessment since its shift in focus in 2011 to targeting “non-violent extremism”, defined as “active or vocal opposition to British values,” and the introduction of the statutory duty in 2015. Both of these developments significantly heightened the controversy and criticism of Prevent. Importantly, a number of key aspects of the strategy remain purely at the policy level and have never been subject to Parliamentary oversight, including the definitions of “extremism” and “radicalisation”.  This Review is a crucial opportunity to subject the strategy to rigorous, holistic and independent scrutiny.

But a Review led by Lord Carlile — who has dismissed concerns of those impacted by the strategy as “a cacophonous refrain by those determined to make bogus arguments,” as “absolute nonsense” and as arguments made to “liberate the activities of some who are opposed to the very essence of our democratic way of life” — fundamentally undermines any trust and faith in the process and outcome. 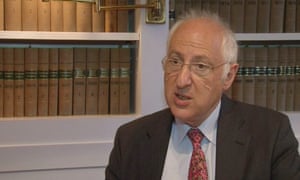 Not only is Lord Carlile on public record expressing his support for Prevent and dismissing concerns about the strategy, but he also oversaw the 2011 review of Prevent — a review that resulted in an expansion of the strategy to "non-violent extremism". He has since held a role on the Prevent Oversight Board, an internal oversight body charged with “driving delivery” of Prevent. A genuinely independent and effective review is the only way to ensure that concerns and criticism about Prevent, raised by human rights organisations and impacted communities, are examined and addressed with the evidence fairly and impartially evaluated by someone who has not repeatedly made clear over the years that he is a staunch supporter of Prevent and a key architect to the current policy.

We are determined to ensure that the Review is genuinely independent and effective. Help us to protect the integrity of the Review!

We are crowdfunding for an initial amount of £2,500, with a larger stretch target if we hit this amount.

This will allow us to launch judicial review proceedings against the Government’s decision to appoint Lord Carlile. We will be applying for a costs-capping order from the court in order to limit the amount we would have to pay if we lose the case and have to cover the Government’s legal costs to £10,000.

Anything we raise on top of this will be used to pay for court fees and to cover the fees of our own lawyers who are assisting us at heavily discounted rates. Unfortunately, as a small charity we don’t have the money to cover the entire amount — and that’s why we need your help!

We have written to the Home Office to express our concerns and to set out why we think their appointment process of Lord Carlile was unlawful and flawed. They have not provided us with anything which reassures us that Lord Carlile is an appropriate person to conduct the review with the fresh set of eyes that this kind of undertaking requires.  We are prepared to launch the judicial review as soon as we reach our funding target.

We are a small London-based human rights organisation that has been campaigning for an independent review of Prevent for a number of years. In 2016, we published a landmark report that uncovered the significant structural flaws with the policy — including a very questionable evidence base — and the penetrating human rights harms to which it gives rise. These include violations of the right to education, freedom of expression, freedom of religion, the right to privacy, freedom from discrimination, and the fundamental principle that actions taken in relation to children must treat the child’s best interest as a primary consideration.

Since then, there have been a chorus of international and domestic voices calling for a genuinely independent and effective review of the strategy. This has included three UN independent experts, one of whom described the strategy as “having the opposite of its intended effect: by dividing, stigmatising and alienating segments of the population.”

What is the Prevent Strategy?

The government’s Prevent strategy — which forms one strand of the government’s overarching counter-terrorism strategy, CONTEST — seeks to pre-empt acts of terrorism by identifying those at risk of committing such attacks, including by intervening to stop people moving from extremism into terrorism-related activity.

The strategy is built on a questionable evidence base (that the Government has refused to disclose), which rests on the discredited assumption that support for non-violent extremism is an indicator of future participation in terrorism (described as a “path” from extremism to terrorism), and is rooted in a vague and expansive definition of extremism that is defined in opposition to “British values”.

In 2015, the controversy and criticism of Prevent significantly heightened as the Government introduced a statutory duty — the “Prevent duty” — which requires specified authorities (including nurseries, schools, colleges and universities) to look for apparent signs of non-violent extremism in their students. With the introduction of the statutory duty, the number of persons, including children, being referred to further police led investigation through Prevent sky-rocketed.

Every little contribution helps us to reach that goal and to take the next step in the interests of protecting the integrity of this review.

Our challenge to Lord Carlile's appointment: In the media