HOPE
Case Owner
We are UK sex trade survivors who endured violence and abuse from punters and pimps along with the stigmatisation of being labelled a ‘common prostitute’.
21
days to go
£8,620
pledged of £10,000 stretch target from 251 pledges
Pledge now

HOPE
Case Owner
We are UK sex trade survivors who endured violence and abuse from punters and pimps along with the stigmatisation of being labelled a ‘common prostitute’.
Pledge now

We were made to sell sex on the streets by pimps when we were still teenagers and would be regularly arrested by the police for soliciting and loitering.

We have all exited prostitution, some of us over thirty years ago, but we are still regarded as criminals because our record of convictions is retained by the state until we are 100 years old.

We are speaking out on behalf of thousands of women who have had to live with the criminalisation of our abuse and exploitation, most of whom are too fearful to speak out.

This campaign is about getting our criminal records for street prostitution offences (soliciting and loitering) wiped from the system.

We are launching this campaign to coincide with the lodging of an application to the European Court of Human Rights (ECHR), challenging the UK’s laws in relation to criminalisation of women in prostitution and the retention of those criminal records for 100 years.

The women leading this campaign are also applicants and witnesses in this EHRC case.

We need your help:

We are raising money to cover expenses for campaign costs and to help fund costs associated with the ECHR application. Whilst our lawyers at Centre for Women's Justice have agreed to act for free to-date, the charity did incur a number of significant expenses that we would like to reimburse them for. Additionally, funds will be used to cover public meeting and other campaign costs in order help raise awareness and connect organisations and women affected to mount pressure for change.

The fund will be managed by the charity, Centre for Women's Justice (CWJ), and any funds remaining at the end of the legal case, and campaign, will be used towards other work on sexual exploitation carried out by CWJ

The ECHR Case: QSA and others v The UK

The case lodged at the European Court in August 2021 followed our previous case in the UK courts challenging:

1. the criminalisation of soliciting and loitering

2. the recording and retention of criminal records, and

In 2018 we scored a partial victory when the High Court agreed that the operation of the Disclosure and Barring Scheme as it applied to our case was a violation of the right to privacy as protected under Article 8 ECHR.

At a further hearing, we argued again that retaining our criminal records for 100 years was disproportionate and discriminatory. But the court dismissed this claim.

We have therefore submitted an application to the European Court to argue that:

2. The retention of the criminal records of s1(1) offences on the Police National data base until each reaches the age of 100 years is also discriminatory and disproportionate

In our application we point to many countries across Europe that now decriminalise offences of those exploited in prostitution.

We are UK sex trade survivors who endured violence and abuse from punters and pimps along with the stigmatisation of being labelled a ‘common prostitute’. 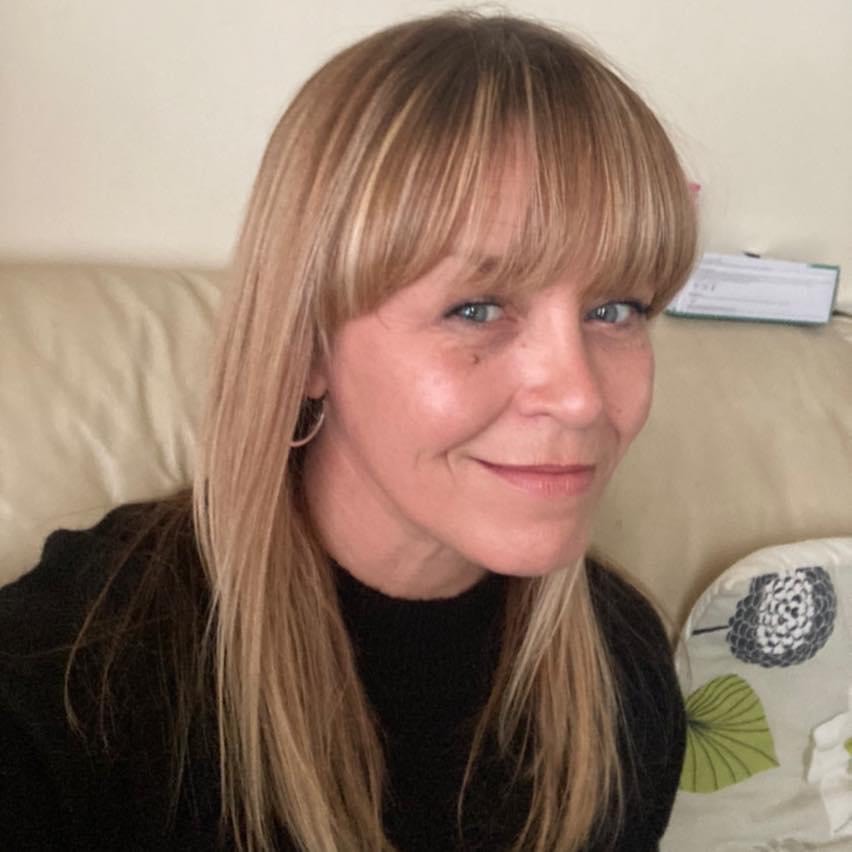 I was badly beaten up by pimps and punters and arrested on the streets by the police. I became addicted to heroin aged 19 which helped me escape the horror I was living with. I eventually managed to come off heroin and get out of prostitution age 30. However, I continued to be held back and stigmatised as a result of my convictions for soliciting and loitering

I have done a lot of volunteering In Bristol with projects supporting women in prostitution and drug and mental health charities. I have never managed to get paid employment partly because of being required to disclose my criminal convictions and the stigma associated with this. I have started campaigning against the exploitation of women in prostitution after I became involved in the litigation challenging criminalisation of women. I have recently decided to waive my right to anonymity to help the campaign by speaking out publicly. 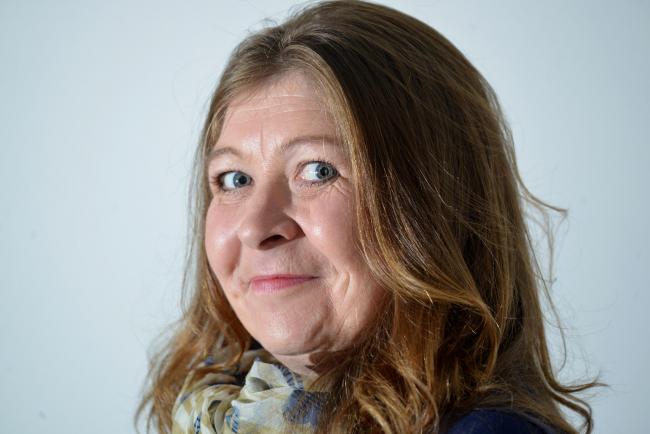 At 15 I was groomed by a ‘boyfriend’ who became my pimp and made me sell sex on the streets.

When I escaped my first pimp, I was picked up by another and continued to be pimped on the streets and in brothels. I suffered violence and abuse from my pimps and punters and I was regularly arrested by the police whilst they exchanged friendly greetings with my pimp. As a result of the police actions, by the age of 17, I had 39 convictions for soliciting and loitering. I eventually escaped prostitution aged 21 after I heard about the death of my cousin, Maureen Stepan, who had also been exploited in prostitution and was murdered by a punter.

In the 1990s I met feminist activists and in 1996 I spoke of my experience in prostitution at the International conference to end violence against women. Since then I have campaigned to end the sex trade and the criminalisation of women in prostitution. I am  a member of SPACE international, a survivor led organisation challenging the abuse and exploitation of women in prostitution. I am also the founder of Build a Girl, a survivor led social enterprise working with girls at risk of or experiencing sexual exploitation.

Fiona and Julie speak for thousands other women similarly impacted, including:

"My convictions happened over 30 years ago. I have worked hard to move on from my past and start a new life. I was the victim, the men who paid me for sex were never arrested, the y have been allowed to carry on with their lives. I am still being criminalised and am being prevented from moving on with my life" *Julie G

"When I have had to disclose my criminal convictions, it makes me deeply depressed and I feel like going to bed and hiding. How do you explain that you were rapes for a period of 20 years? I feel I am being punished for the past and always will be, but I don't believe I am a risk to anyone. I just want to be free" *Angela

"I have a sheer panic when I see a job and then see 'DBS required'. I feel the reaction I experience is a form of trauma - anxiety, anger and rage. I also feel disgust that people are so judgmental when to me the perpetrator who experiences none of this, is the one who should feel shame" *Martha

"My criminal convictions are a result of the sexual abuse and exploitation I experienced as a child and young woman. Instead of being treated as a victims, I have been criminalised" *QSA

Please help us to live free from criminalisation of our abuse and exploitation: donate today!

HOPE are now starting a campaign to improve the public’s understanding of what prostitution and the sex trade really are and why it is a matter of utmost urgency to decriminalise all prostituted persons and to remove the iniquitous 100 years rule. We now ask you to help us raise the money to fund this campaign which will be centred around a series of public events with expert speakers in cities across the UK. The campaign will be launched this summer at the Houses of Parliament. We will have more information on this in the next update.

The application to the Convention on the Elimination of Discrimination Against Women, (is to decriminalise ‘soliciting, and loitering,’ and to remove the current retention of conviction records until the convicted woman is 100 years old.

The Centre for Women’s Justice (CWJ), has now submitted the application to CEDAW. It will first be sent to the UK government for their comments. After that, CWJ may then get a chance to respond to those comments. It then goes to the CEDAW committee to decide if it is admissible and whether there have been any breaches of the convention. Although the UK is a signatory to the convention, its rulings are not necessarily binding, however, it would have some weight if the CEDAW committee made a finding that the ongoing criminalisation of soliciting and loitering, and the 100 year rule, discriminated against women.

CWJ is also investigating the matter of pardons. This is an application to pardon gay men for ‘importuning,’ also known as the Turing Pardons. It may be possible to widen the application to include women and girls who were prostituted and convicted of ‘soliciting and loitering.’

Thank you all for your support so far. It’s shocking how few people know about this issue and how grossly unfair it is so please do keep sharing this page with your friends and networks.

Fiona, Julie and all at the HOPE campaign

We are going to CEDAW!

Thanks for everyone's support so far!

We have had a slight change of strategy and are now preparing an application to the Committee on the Elimination of Discrimination against Against Women (CEDAW).

The application will argue that

2. The retention of the criminal records of s1(1) offences on the Police National data base until each reaches the age of 100 years is also discriminatory and disproportionate

Please keep supporting our journey by sharing and giving!