Here is the link to the article about my case in today's Guardian Newspaper.

My former employer used police powers unlawfully to obtain information about me and my daughter after we travelled abroad when my father died. After a protracted legal dispute, the Metropolitan Police continue to seek costs from me, despite admitting breaching data protection law and my human rights, and being found by a court of law to have misused private information.

I have consistently been mistreated by the MET across over half a decade. Please help me to continue my fight for justice. It's not just for me, but for everyone taking on big organisations who believe they are above the law.

If you believe institutions like the MET shouldn’t be allowed to bully individuals like me with threats of legal costs, please contribute to my legal fund now and share this page with your friends, family and on social media. 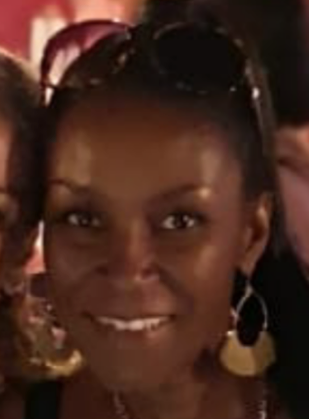 At the beginning of 2011, I was told that my part time shifts (32 hours per week) were no longer permitted. Senior Officers made life very unpleasant for me inside and outside work.

During the same period, my father was diagnosed with terminal cancer. I was signed off work with depression and work-related stress, but although I had obtained a certificate from my doctor, Senior Officers ignored medical advice and tried to force me to return to work.

While I was on sick leave, my father died. My mother, my daughter and I went to visit family in Barbados over the Christmas period. I informed my Police Federation representative about the trip and, on my return, I notified my line managers.

In 2013, I discovered that a Senior Officer from my station had unlawfully obtained information about me and my daughter from the National Border Targeting Centre by citing an Act of Parliament which did not exist.

I sued the Met Police and Greater Manchester Police for breach of data protection, human rights, and misuse of private information. I won that case and was awarded damages and the court also ruled that the Police had to pay my legal fees.

The police appealed against the decision because I had rejected their offers to settle out of court. Their final offer exceeded the amount of damages I was awarded and the police argued that I should be made to pay THEIR legal fees as a consequence.

I had rejected their offers to settle because they would not admit any wrongdoing and refused to discipline any of the Officers who had illegally obtained personal information about me and my daughter.

This can’t be right! The police break the law and are forced to admit it in court, but I am the one being punished?

The police won the High Court appeal in July last year and are seeking costs from me, but I will not let that deter me. I have recently been granted leave to appeal that decision and I believe there is a strong chance that the ruling will be overturned by the Court of Appeal in October 2019.

I think the general public need to know once and for all if there is any point in pursuing these big organisations in court. The outcome of these proceedings will set a precedent for future cases.

How much am I raising and why

While my legal team have kindly agreed not to charge me, if I lose this case, I will have to pay the police’s legal costs.  Having already sold two previous homes to pay my legal fees, I am not able to do so again. I would be so grateful for anything you can spare to help me carry on my legal fight.

Any donations will be transferred to my legal team directly to be held by them in the event the case is lost and I am forced to pay the police’s legal costs. In line with the CrowdJustice unused funds policy, if there are any funds remaining after the conclusion of my case, those funds will be returned to CrowdJustice and can be used on a similar case within the next year. If no case is selected within that year the funds will be donated to the Access to Justice Foundation.

Please contribute to my legal fund now and share this page with your friends, family and on social media.

Thanks so much for your support.

Here is the link to the article about my case in today's Guardian Newspaper.

Unfortunately, I have lost my Appeal.  The court ruled in favour of the Police. The Judgement was released today.

As you can imagine, I am totally devastated and really struggling to come to terms with this decision.

We are currently waiting for the Judgement to be released.  It could take several weeks.

I am grateful to the Equality and Human Rights Commission who attended the Hearing to present their legal arguments, in support of my case.

I just want to let you all know that the Appeal Hearing is today.

If any of you are interested or have time to spare, the Hearing is taking place at the Royal Courts of Justice at 10:30am (Court 68).

Today's Metro coverage of my case

I am so happy that the Metro have published an article about my case.

I am overwhelmed by the surge of donations and support I've received literally overnight.

It really has given me a well needed boost of confidence and energy to know there are people out there who understand and support my reasons for continuing to fight for justice.

I am truly grateful for every penny received. Please continue to share this page with your family, friends and contacts.

For those of you who would like a bit more background to my case please click on attached link.

Thank you to those of you who have very kindly made a donation on this page or have shared the link with family, friends and contacts.

Some people have asked what happens to funds if I don't reach my initial target of 5K.  If I don't meet this target, your cards will not be charged and no money will be taken from your account.

Even if you are unable to make a donation please share the link with as many people as possible.

Thanks for your support.