Fight Apartheid by Supporting our Israeli Client's Claim for Asylum

Fight Apartheid by Supporting our Israeli Client's Claim for Asylum

Update: Hearing adjourned as Tribunal fails to provide Yiddish interpreter; supports of Palestine gather outside court as our client is harassed and intimidated by apologist for Israeli apartheid

Our client is a Jewish rabbinical student from Israel who vocally supports the struggle for Palestinian rights, and strongly opposes Zionism and Israeli apartheid on religious and political grounds.

After he was detained and beaten by the Israeli authorities on several occasions for peacefully protesting against Israeli state policies, he fled to the UK and claimed asylum.

The UK Home Office rejected his asylum claim and our client has appealed the decision to an independent Tribunal.

He argues that Israel's apartheid government persecutes anti-Zionists like him, and that he'll be conscripted into Israel's armed forces and made complicit in war crimes and crimes against humanity.

To assist judges and the Home Office to understand the risks associated with certain countries and conflicts, the Upper Tribunal regularly hands down binding 'Country Guidance' cases. Yet when it comes to Israel-Palestine, there is no such case explaining the central issue of Israel’s systematic racial discrimination.

It is simply not possible to properly consider our client's case without addressing apartheid, which is a legal concept codified in the 2002 Rome Statute and the International Convention on the Suppression and Punishment of the Crime of Apartheid.

The need to consider apartheid has become particularly pressing following the recent release of reports from B'Tselem and Human Rights Watch, both concluding that Israel is governed by an apartheid regime that systematically dominates and oppresses Palestinians.

Israel also persecutes and tries to silence those Jewish Israelis who, like our client, oppose its apartheid regime.

Our client has instructed eminent experts to provide tailored reports to the Tribunal hearing his case. One is by Professor Illan Pappe, Jewish Israeli professor with the College of Social Sciences and International Studies at the University of Exeter and author of such books as ‘The Ethnic Cleansing of Palestine’ (2006) and 'The Idea if Israel’ (2016).

The other is by professor and rabbi Yakov Rabkin, who is an expert on the history and theological justifications of Jewish opposition to Zionism, as well as Israeli government treatment of anti-Zionists. Their expert evidence will assist the Tribunal to make detailed findings in our client’s case.

The Islamic Human Rights Commission (IHRC) is a London-based NGO in Special Consultative Status with the Economic and Social Council of the United Nations. We work with different organizations from Muslim and non-Muslim backgrounds, to campaign for justice for all peoples regardless of their racial, confessional or political background.

Our research work includes submitting reports to governments and international organizations, writing articles, monitoring the media, cataloguing war crimes and producing research papers on hate crime, discrimination, the nature of human rights and so on.

For over two decades, IHRC has worked very closely with members of other Jewish communities to highlight the crimes of Zionism and Israeli apartheid against both the Palestinian people and anti-Zionist Jewish communities.

We need your help

The case has the potential to set an important legal precedent, not only for Jewish Israelis resisting conscription, but for Palestinians oppressed by Israel's apartheid regime.

By sharing this crowdfunding campaign with people who might support it, and by making your own financial contribution, you will be supporting not only our client, but all those who take a principled stand against racism and oppression.

All funds raised will be used to pay our client’s legal fees as well as expenses for expert witnesses, interpreters, and travel costs.

Update: Hearing adjourned as Tribunal fails to provide Yiddish interpreter; supports of Palestine gather outside court as our client is harassed and intimidated by apologist for Israeli apartheid

Our client’s asylum appeal was adjourned yesterday after the immigration Tribunal in Manchester attempted to proceed with a Modern Hebrew speaking interpreter, even though our client speaks Yiddish. The judge reserved the case to himself due to complexities invovled which he said required a senior judge to look at it.

Our client is claiming asylum in the UK as he fears he will be conscripted and forced to commit war crimes and the crime against humanity that is apartheid if he is returned to Israel.

Despite this set back, our client was deeply heartened and moved by the show of solidarity for him by supporters of Palestine outside the court, particularly as there were attempts to harass and intimidate him by apologists for Israeli apartheid. Supporters surrounded and held up Palestinian flags to protect him from being photographed. An anonymity order is in place that prohibits anyone from publishing anything that may identify our client as a means of protecting him from harm. 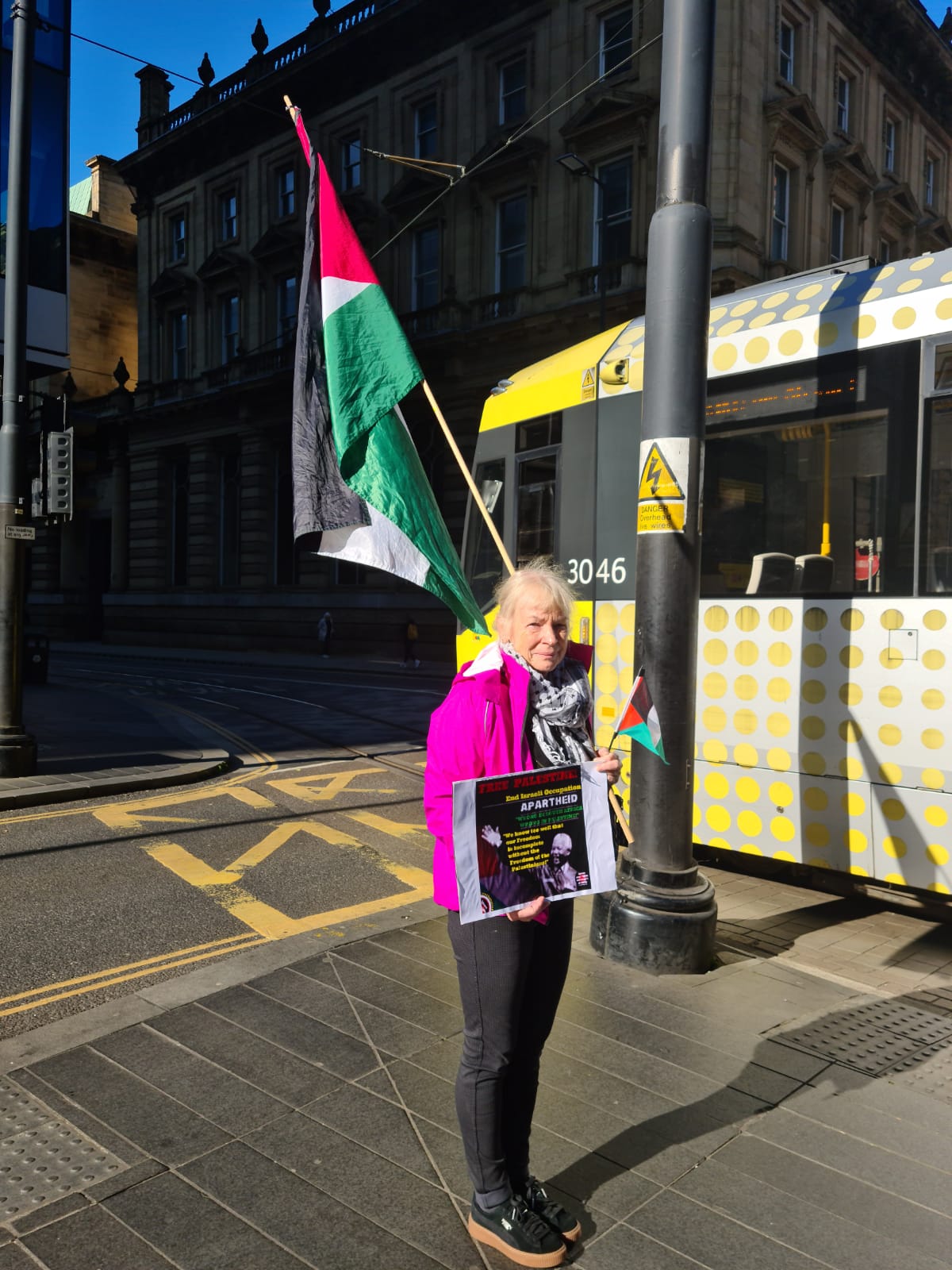 Please continue to support our client’s case. Due to increased costs, as a result of the adjournment, we would be grateful if supporters could:

Our client would like to take this opportunity to thank his supporters for their continued support. 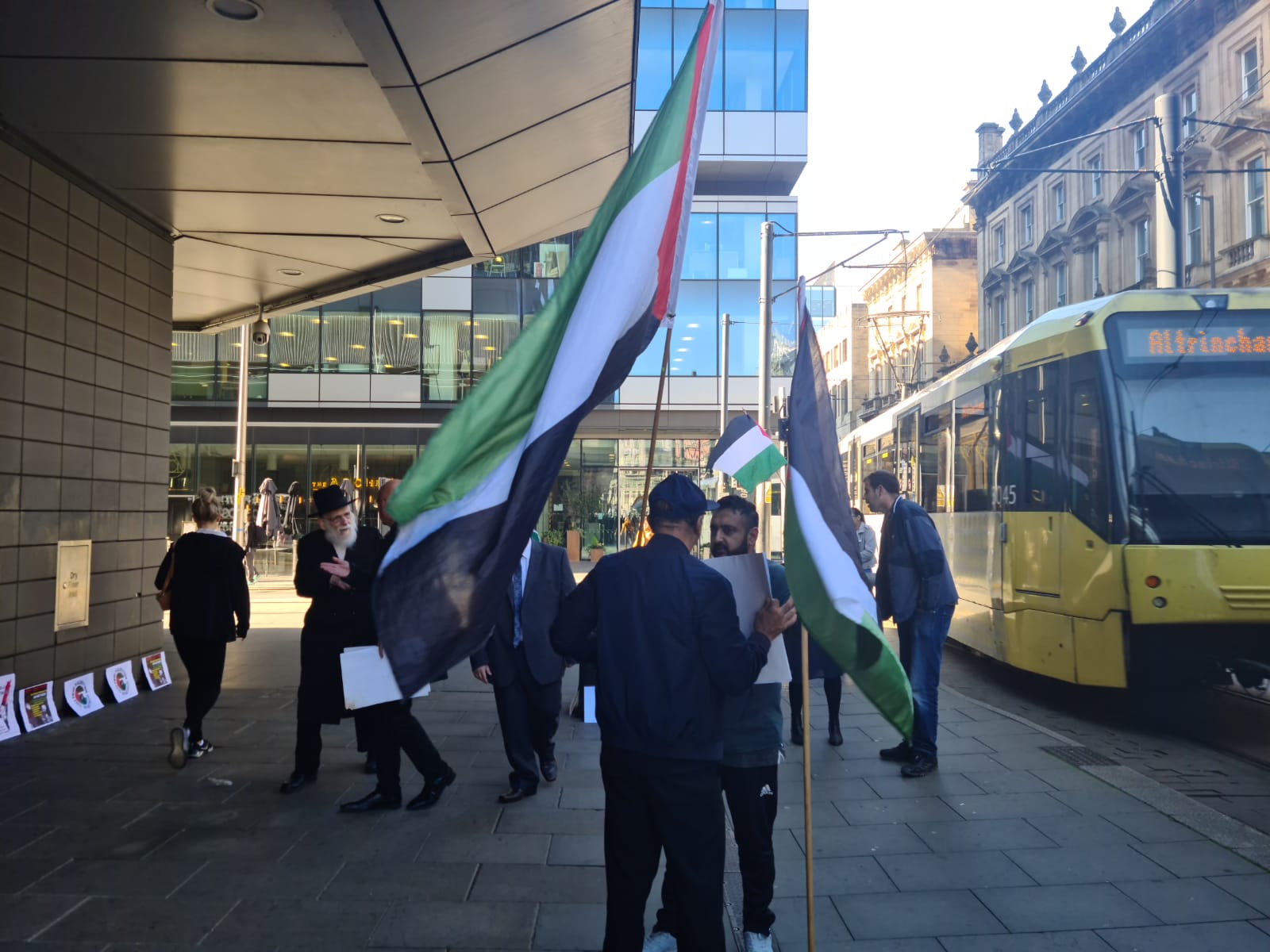 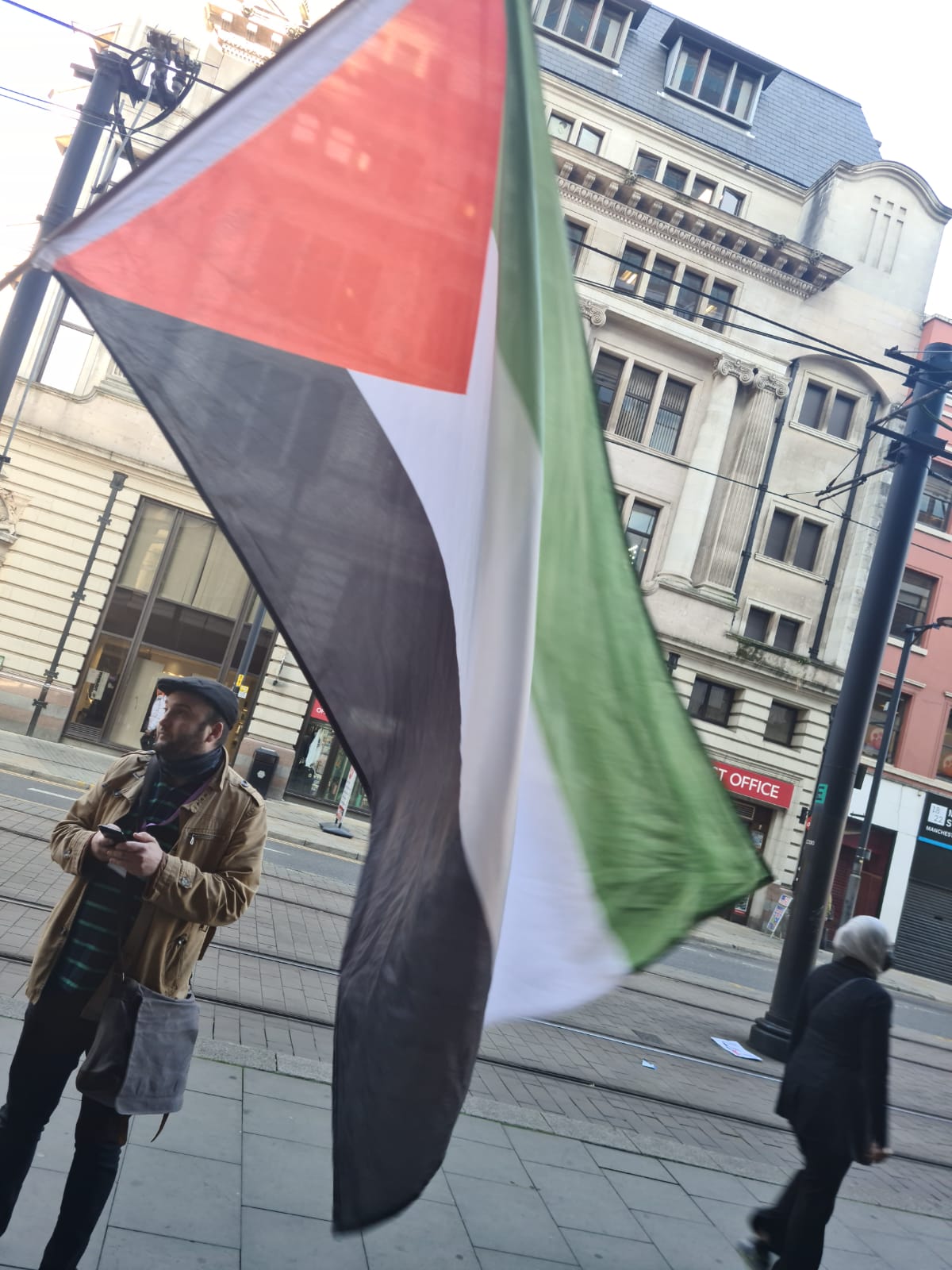 In a landmark case, an Israeli man is requesting UK asylum, saying he'll be made to participate in 'apartheid' if he returns – Business Insider

Thanks to your generous support, we have hit our initial target to assist our client in fighting his asylum case.

We hope we can rely on your continued support in helping our client raise further funds for his imminent appeal hearing before the immigration tribunal on 20 September 2021.

These funds are for the expert, legal and interpreter fees for the hearing. Details of our experts are below.

This case is of seminal importance not just for our client but for all Palestinians: our client is seeking to not just protect himself from being persecuted on return to Israel, but to do so in a way that Israeli apartheid is highlighted as the root cause of not only his suffering but first and foremost, that of the Palestinians.

The case is also picking up media interest with Al Jazeera, Middle East Eye and Press TV all covering the story. You can read more at the links at the bottom of the page.

Our evidence includes reports by the following experts:

Professor Yakov Rabkin, lecturer in contemporary Jewish history and the history of science at the University of Montreal since 1973. Author of A Threat from Within: A Century of Jewish opposition to Zionism (London: Zedbooks, 2006).

Professor Rabkin’s report demonstrates the critical differences between Judaism and Zionism and explains why opposition to Zionism and the State of Israel cannot be equated with anti-Semitism.

Professor Ilan Pappe, Jewish Israeli professor with the College of Social Sciences and International Studies at the University of Exeter and author of such books as ‘The Ethnic Cleansing of Palestine’ (2006) and 'The Idea if Israel’ (2016).

• Serving in the IDF is deemed as a heresy and sin and is a felony which is defined in Hebrew as “YEHAREG VE BAL YAVOR”, which literally means “Better Die than Commit”, namely, one would rather die than serve in the army.

• The main motive of the Israeli government’s present recruitment laws is to assimilate the religious Jews into the general culture and society. This is why so much is invested in recruiting young men and women from the Haredi [Orthodox] community.

• The Orthodox Jewish community itself sees these attempt to recruit by force as abductions and they would report the abduction of so and so from his home at the dead of night in an attempt to force him to convert by violating the 3 principles that are not to be violated at any circumstances: (a) to join the army, (b) to provoke the nations of the world and (c) to break the vows made to your rabbis.

• Our client would be deemed a deserter and liable to serve a prison sentence of up to 15 years for desertion.

• He is likely to be tortured in detention.

We have instructed Dr Gilberthorpe to assess the impact on being returned to Israel on our client’s mental health.

Thank you, once again, for your inspirational support and please take a look at and share the media reports on our client’s case so far:

Donate to Stop our Clients Deportation to Israel – IHRCtv YouTube