by FANS of Golden Lane

FANS of Golden Lane
Case Owner
FANS of Golden Lane (Friends, Admirers, Neighbours, Supporters) is formed of local residents concerned with getting a better solution for the former COLPAI site on Golden Lane.
Funded
on 05th July 2018
£5,010
pledged of £8,000 stretch target from 77 pledges

We are a group of local residents that is taking action to challenge the City of London and Islington over plans to build a 14 storey tower, a school for 450 pupils and a sports hall on a space smaller than a football pitch next to Golden Lane Estate. The planners themselves admit that it is going to cause harm, but nevertheless granted themselves planing permission. We are aware that whatever is built on the site will have an impact for generations to come, so it is vital to get it right.

We are raising money for legal advice to explore whether or not the process by which the local authorities granted permission for these 'harmful' proposals was reached fairly and if there is a case to bring against them, in order to secure a better outcome than the one being offered at the moment.

Please help us raise £5,000. This is a small sum when you consider that it might be the difference between a development that will seriously impact quality of life and the integrity of the listed Golden Lane Estate, and something that will be less destructive and make a positive contribution to the area.

This £5,000 engages for us one of the best environmental solicitors in the country, to look closely at the case and see if we have grounds for challenge. Full planning permission is subject to conditions. By taking legal advice at this early stage, we also give ourselves leverage for securing harm-reducing conditions. Without us all standing up for Golden Lane it could become a darker, noisier and less safe place to live. It will be a worse environment for everyone.

Many of you gave to the Bernard Morgan case, on the other side of the estate. This was a strong campaign, valiantly fought, that has raised the profile of this beautiful part of London. This is a different case - but it goes to show, we have to fight if we want to resist this siege on Golden Lane!

We have formed a group called FANS of Golden Lane (Friends, Admirers, Neighbours and Supporters) to raise the £5,000. GLERA (the Golden Lane Estate Residents' Association) is supporting this initiative with a donation direct to the legal team.  We are not against the principle of housing and a school for the site, but are determined that this is done in a sensitive way - so that it doesn't detrimentally affect those already living in this area and the Grade 2 and Grade 2* Golden Lane Estate, that is considered an international treasure of design in social housing. The law is supposed to protect it, but the importance of the estate as a bit of British history was also sadly ignored in this planning application.  Please give as you can, to keep this a thriving and happy community. 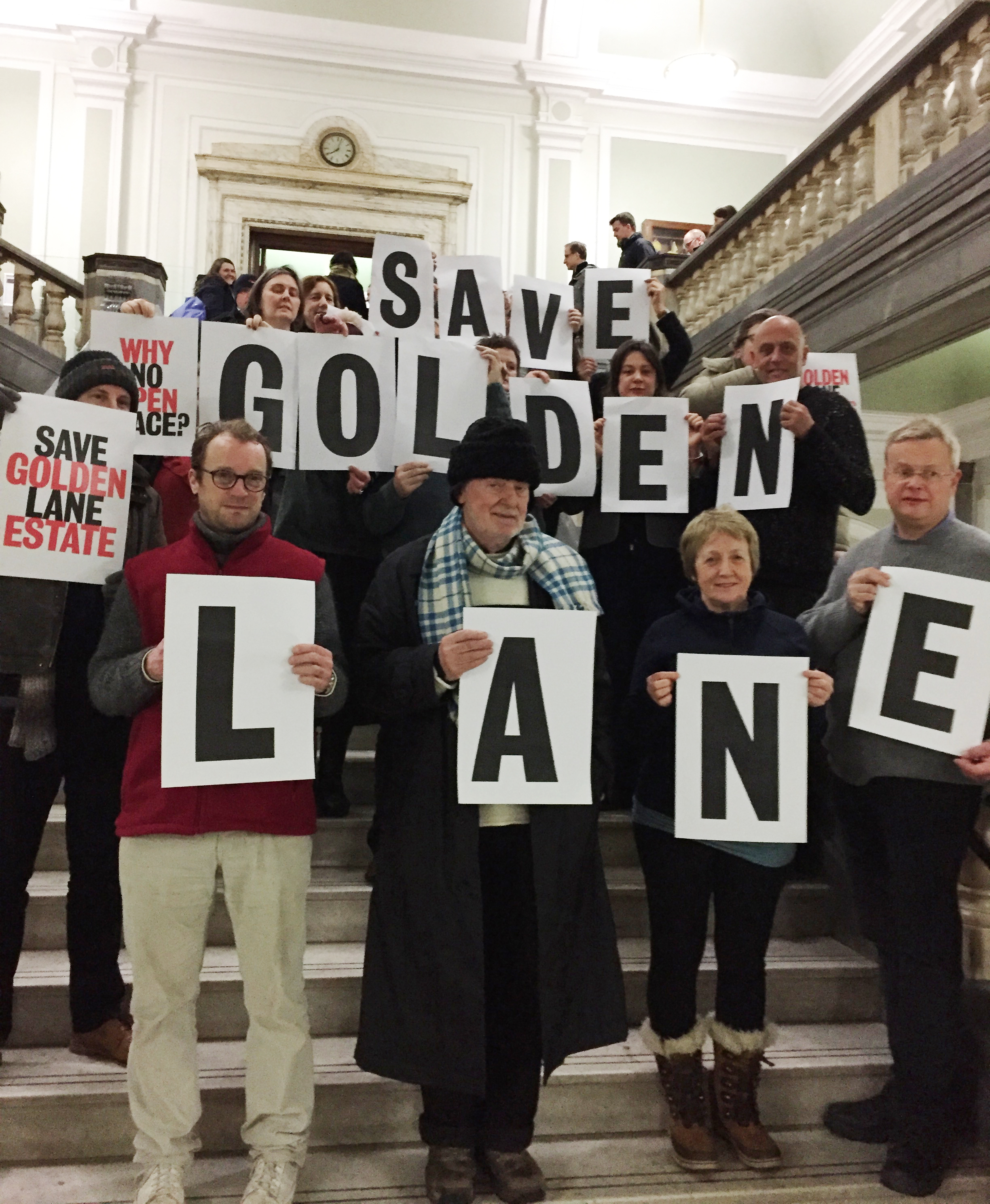 Campaigners from Golden Lane Estate and the surrounding area at the Islington Council Planning Meeting on a snowy night in March. 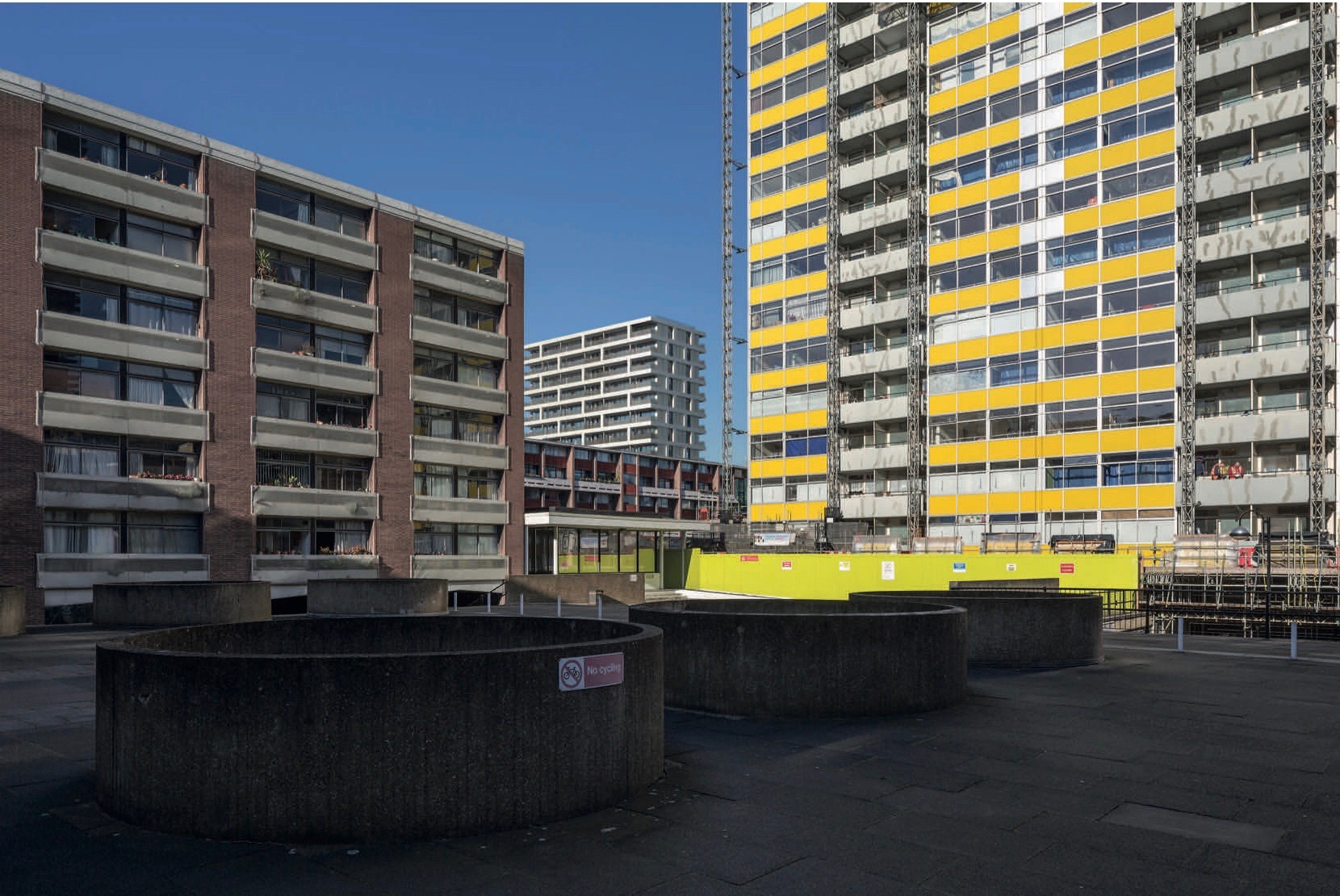 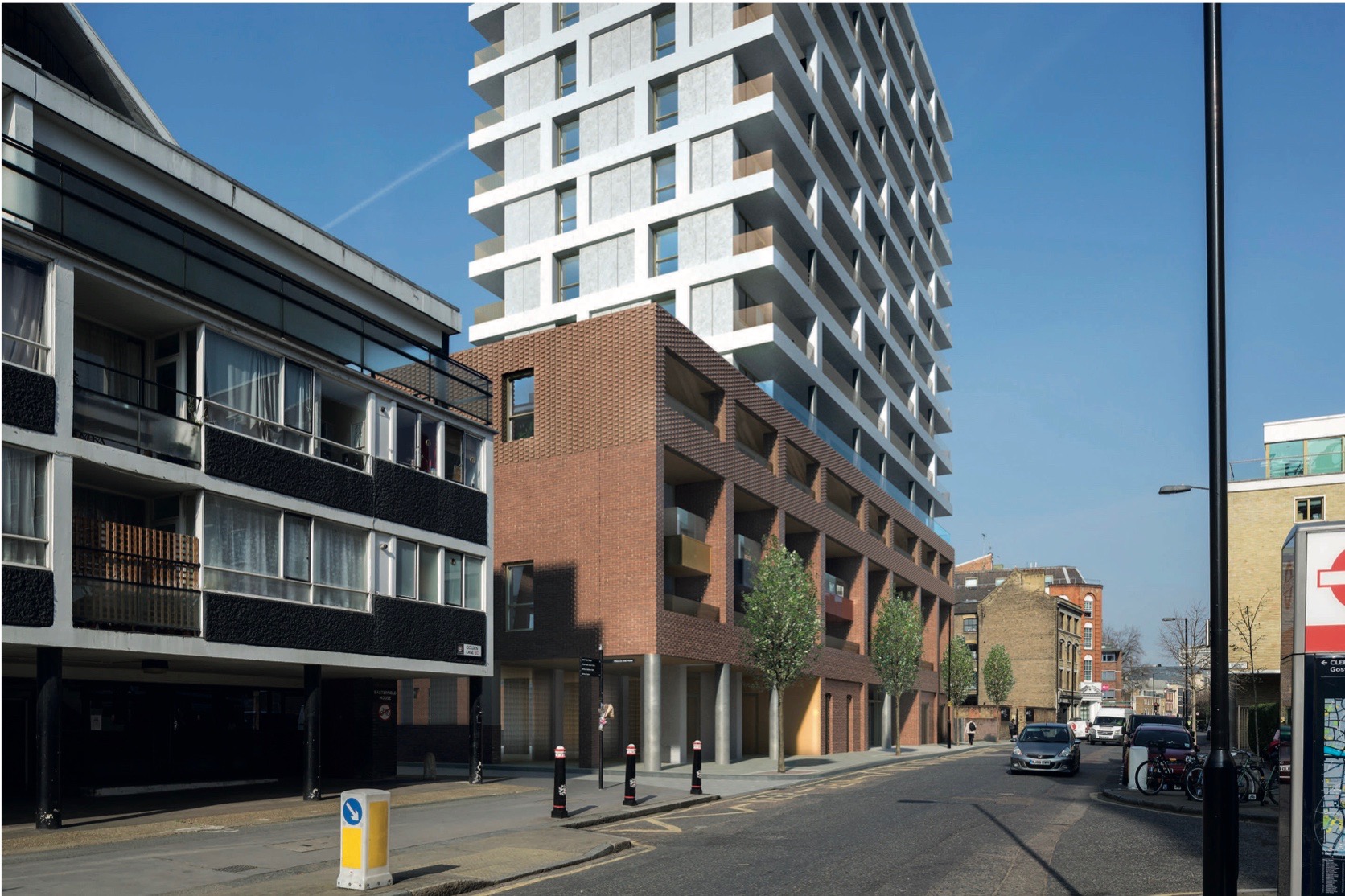 CGI of proposed scheme as seen on Golden Lane. 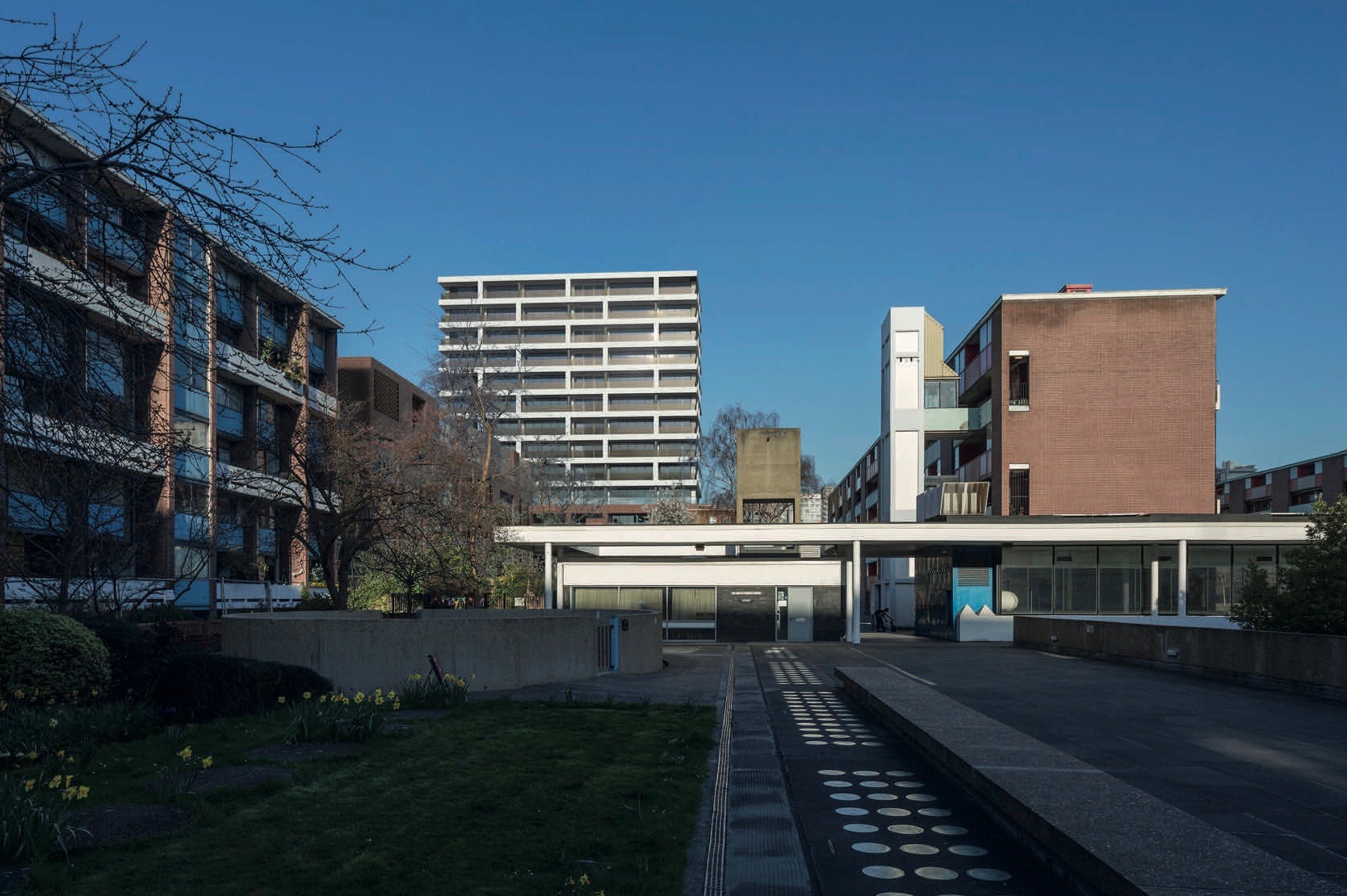 CGI of proposed scheme as seen across Golden Lane Estate. 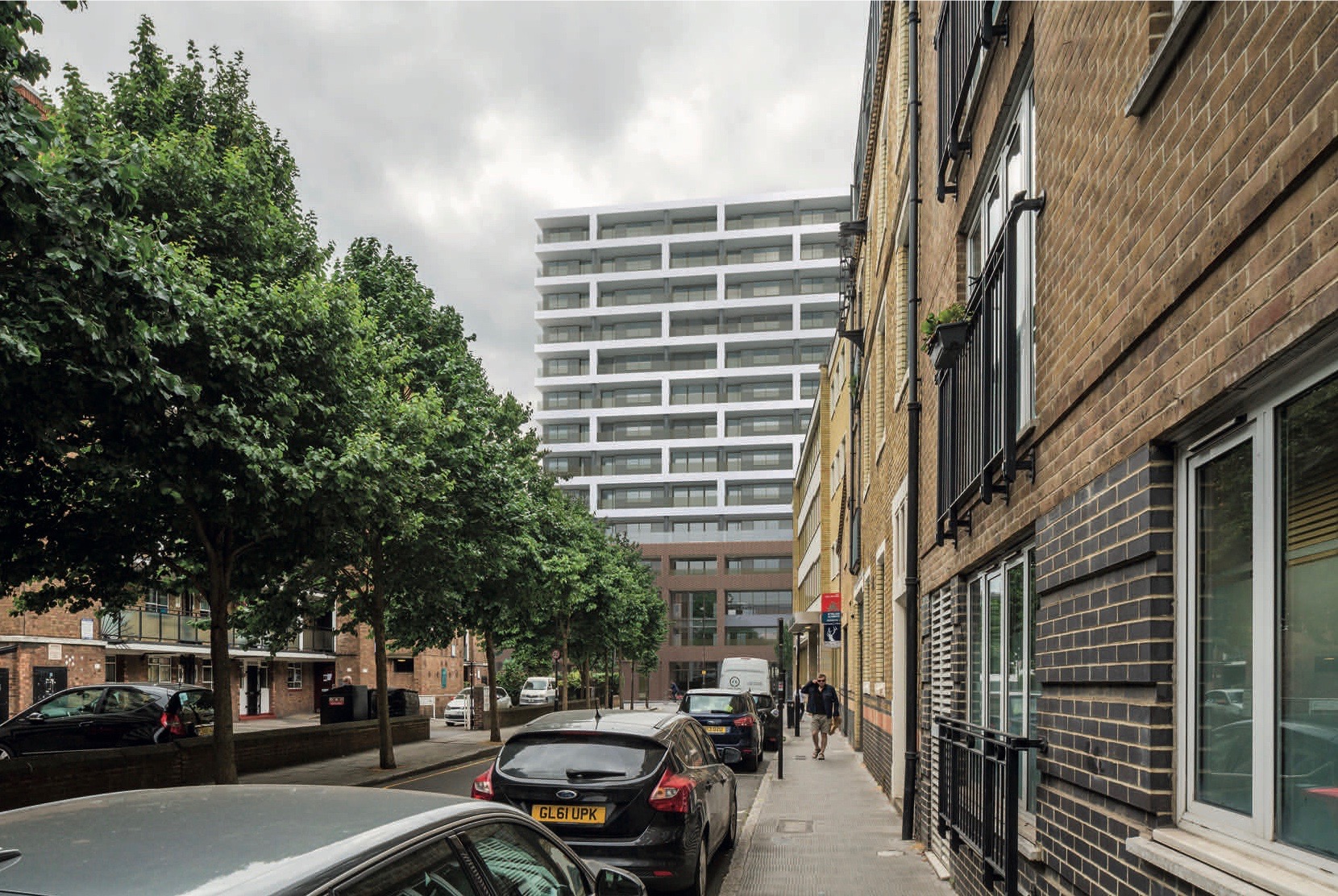 CGI of proposed scheme as seen across Golden Lane from Banner Street. 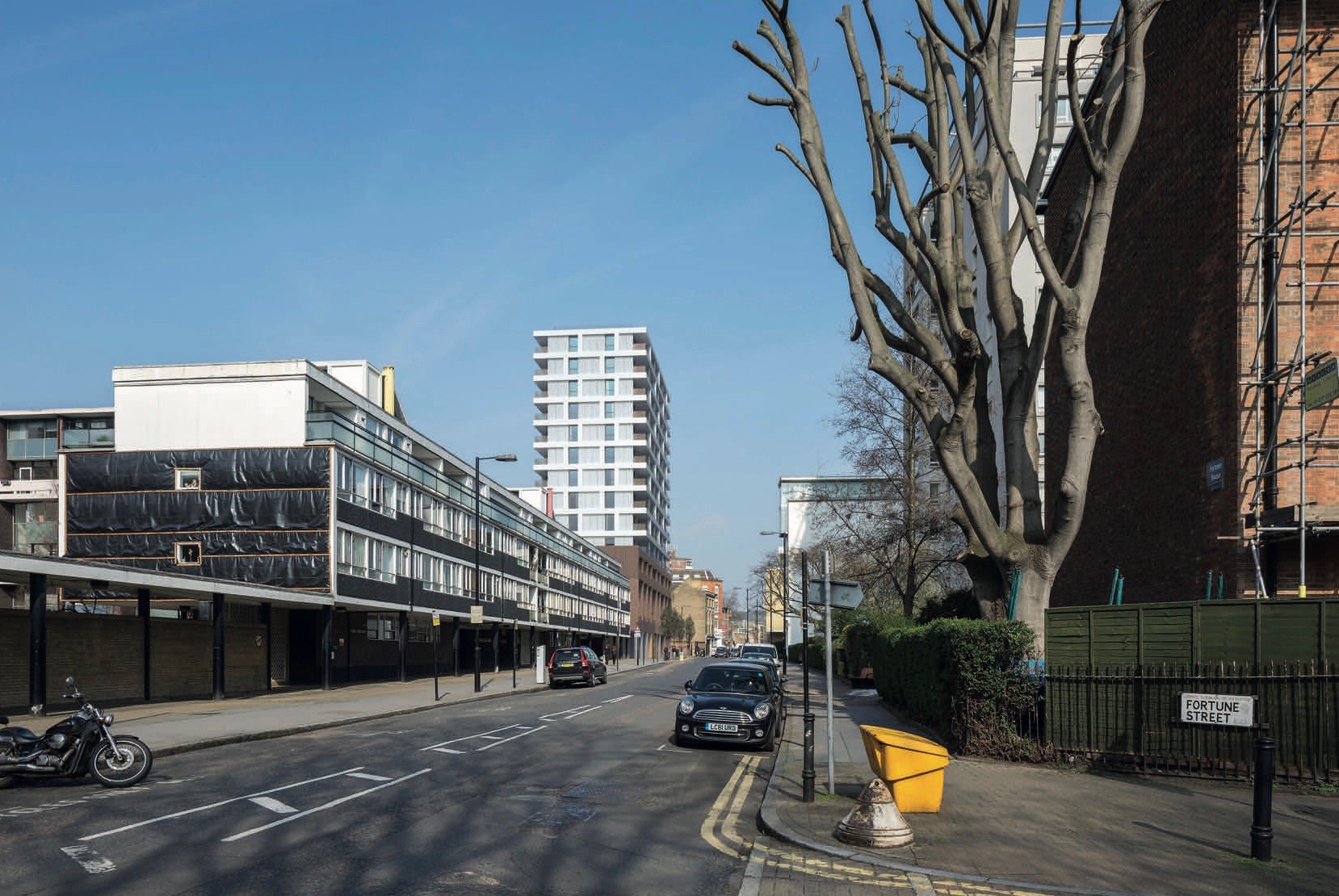 CGI of proposed scheme looking up Golden Lane from outside Fortune Street Park. 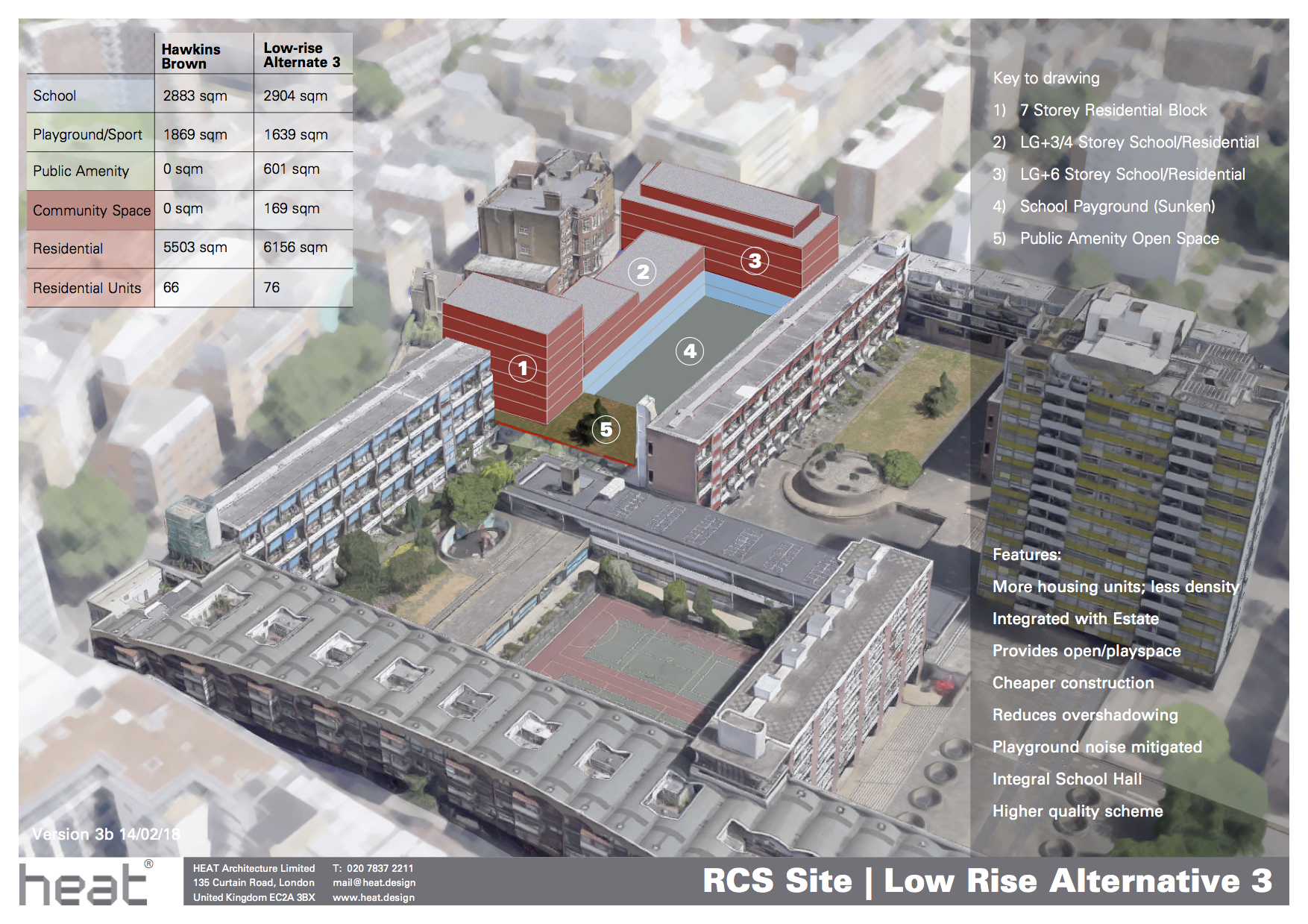 Alternative Scheme from residents - showing that the school and same amount of housing can be fitted on the site, with less harm to the surroundings if the school hall is incorporated into the school, the playground sunk down a level, and the housing arranged in a different way. There is another way!