Extinction Rebellion Sheffield
Case Owner
We are the local Sheffield group of Extinction Rebellion - an international movement using non-violent civil disobedience to demand our governments act on the Climate and Ecological Emergency.
Funded
on 28th July 2019
£4,579
pledged of £20,000 stretch target from 113 pledges

We are a group of 12 Extinction Rebellion Sheffield members who went down to London in April to support the International Rebellion, which helped to push the climate and ecological emergency onto the political and social agenda.

Twelve Sheffield-based rebels were arrested and three have been charged... so far. We need your support to raise funds to cover their legal costs. Please contribute now and share this page with your friends, family and on social media.

In these protests, 800+ people were arrested for peaceful, non-violent direct action including ourselves. We felt that we had to take drastic action to make the government take notice of the scale of the emergency we face. Taking the risk of arrest was a massive decision for us.

Three of the twelve Sheffield-based Rebels who were arrested for peacefully blocking a road in the London Extinction Rebellion protests have been charged. The Met Police have promised to bring charges against all of the protesters who were arrested, and the City of London Magistrates Court has been booked out for 19 consecutive Fridays to process all of the cases, so we’re expecting that we’ll all be receiving charge notices soon!

How much we are raising and why...

Although some members of our group are happy and able to cover their own legal costs, others are not able to do so, and so now we are asking for your help. We are raising money to cover as much the legal costs as possible, so any money that you are able to contribute towards this would be immensely appreciated!

We estimate that costs could be up to approximately £20,000.

Any money left over from supporting this campaign will be used to support further legal costs that may be incurred by members of Extinction Rebellion Sheffield as we continue to take the direct action we feel necessary.

If you are able to help in anyway possible then we would greatly appreciate it and if not then please do share this page and spread the word.

Here’s a bit about some of the rebels arrested from XR Sheffield:

Lottie Hopkins, 26, is one of the Sheffield arrestees facing charges. Lottie works for the NHS and a criminal record would have possible repercussions for her future employability: ‘my qualifications and skills aren’t something that I can transfer directly to climate issues, so I decided that the most effective thing that I could [do] was to physically cause disruption, to amplify the issues and to put climate breakdown on the agenda.’

Many Extinction Rebellion activists are expected to plead not guilty to their charges, on the grounds that they deem their actions to be a proportionate response to government inaction on climate change. Lottie is unsure how she will plead due to personal financial constraints. Pleading not guilty is likely to incur a higher fine, which frustrates her: ‘One of the conditions [for prosecution] is that it has to be ‘in the public interest’ - and for me it seems that it is absolutely against the public interest to prosecute people for making massive efforts to protect our planet from catastrophe. There’s something broken in our political system that means that people need to be risking their liberty and their jobs to get that message across.’

Louis was also arrested in London: ‘I'm just an ordinary guy who happened to do some reading about climate change, and within a few months I’ve gone from being vaguely aware that it’s “one of those important problems”, to spending a night in a cell and feeling like I wasn’t doing enough.

Since my arrest, I’ve now been referred to as “a climate activist” but I’m not sure I agree. A woman who jumps into a pool to save a drowning child doesn’t suddenly become a lifeguard; people react in ways proportionate to the situations they understand themselves to be in: you just do what needs to be done.

Now that I’ve actually read the science for myself, I feel like I’ve just seen a child fall into the pool, except that child is all life on earth as we know it, and now no reaction seems inappropriate. I’d do anything to save that child.’ 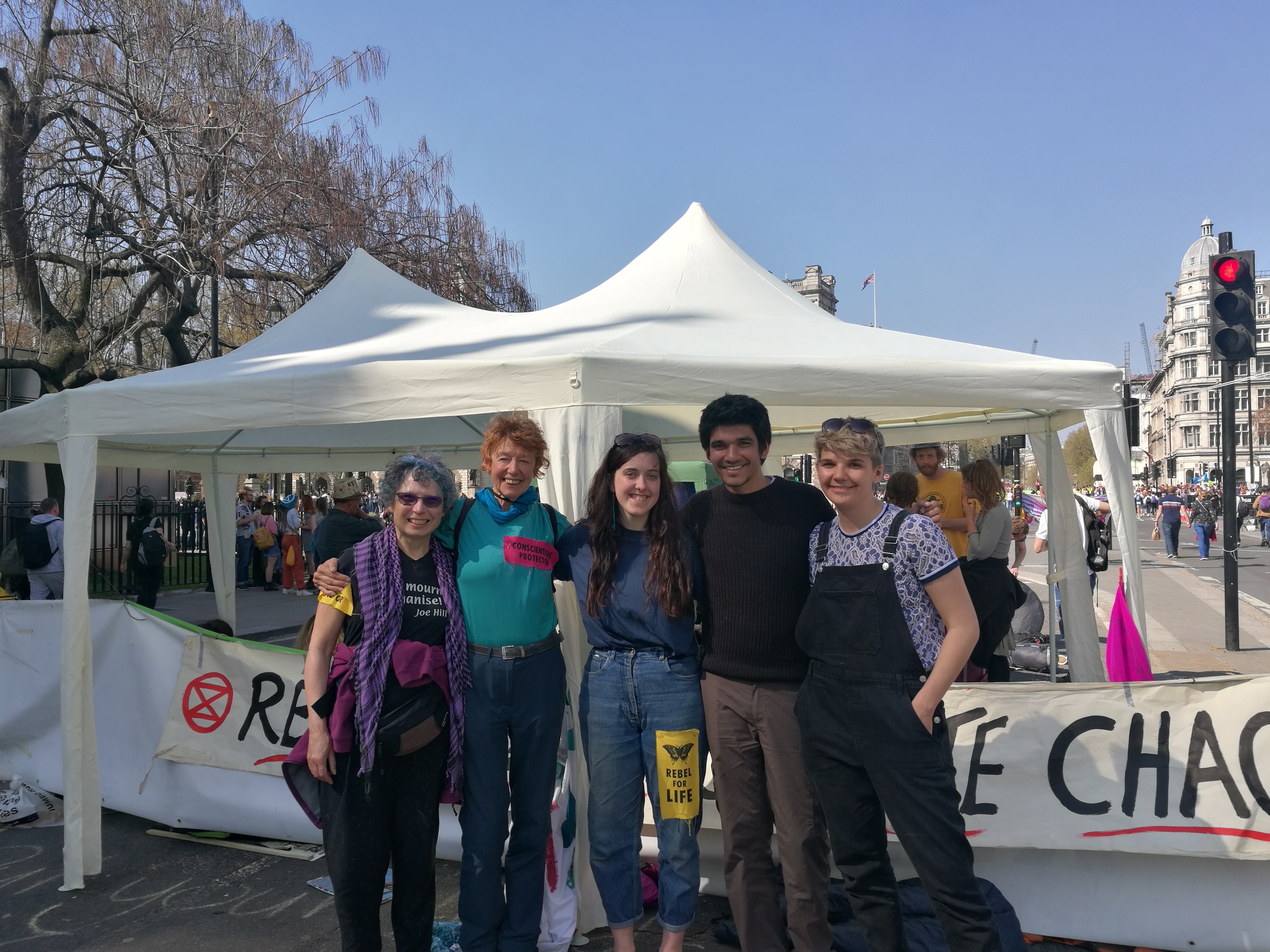