by Center for Cost Effective Government

You may think that every tax dollar raised from you for a teacher is going to educate your child. Or that every dollar for a police officer is going to protect your safety. But in fact, much of it is going toward pay for administrative union leave.

Our Center for Cost Effective Government is bringing this lawsuit to stop the practice of having taxpayer funds subsidizing leave time for municipal union leaders to lobby on behalf of union matters. Our suit seeks a declaratory judgment invalidating taxpayer subsidized administrative union leave on the grounds that it is an unconstitutional gift of public monies for a private purpose. While supportive of allowing unions to be represented, the Center believes that such lobbying should be paid for through union dues, not your taxpayer dollars. The cost for union leave amounts to $3 million in Suffolk County government, $25 million in New York City and over $150 million on the federal level.

In essence, this is a rigged system that uses taxpayer dollars to free up union leaders to lobby our lawmakers to increase public spending, which ultimately increases taxes on the very same people funding this archaic, cyclical process. 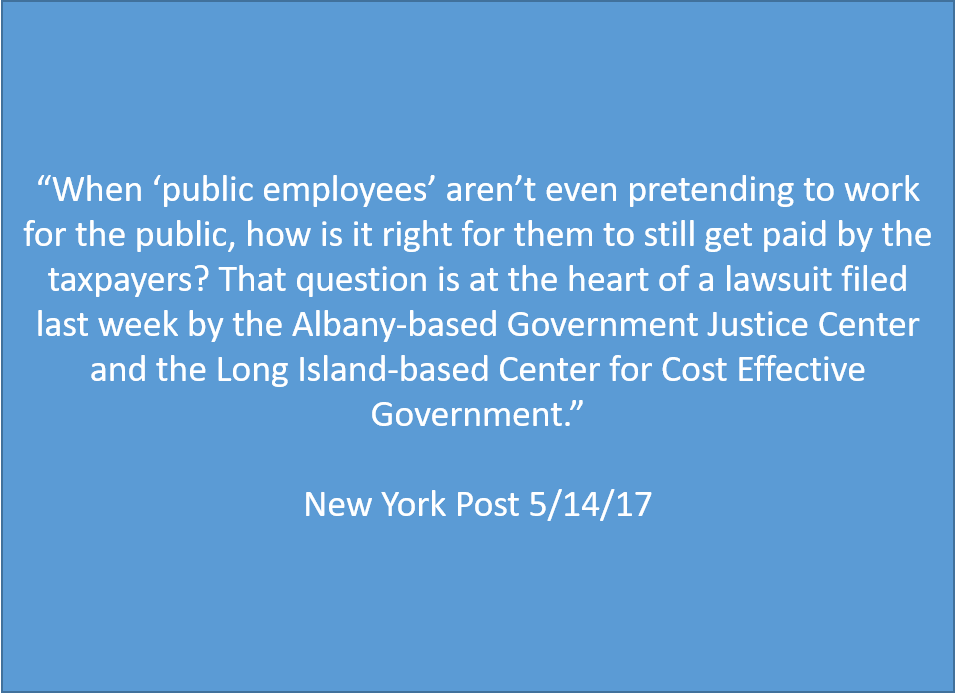 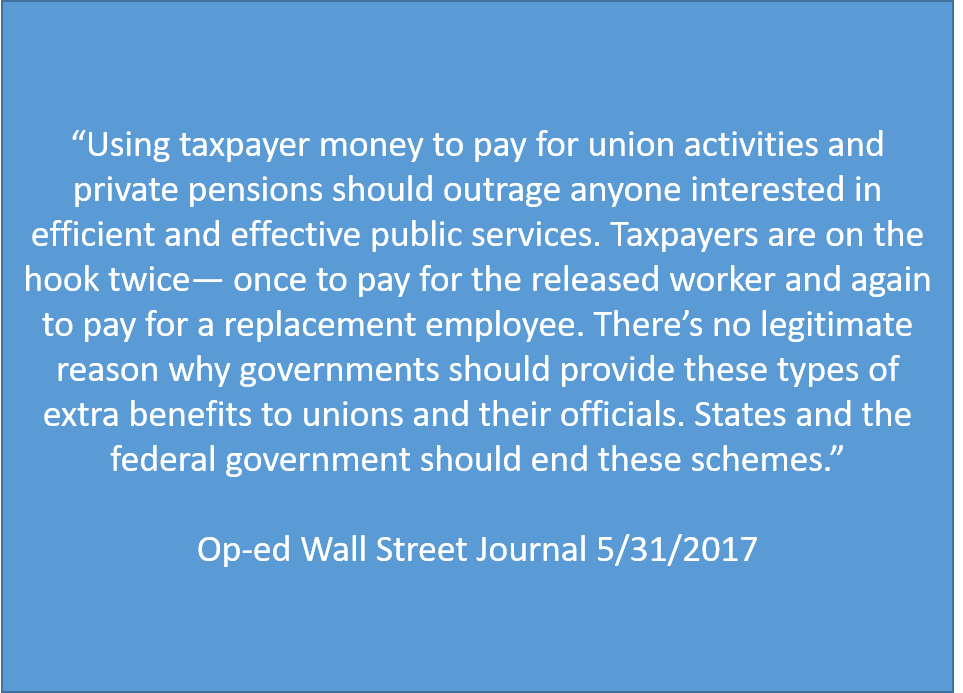 Why your donations matter

Your donation will go towards bringing our case to the highest courts in the land, if necessary. This could be a landmark case that sets a precedent for taxpayers around the nation who face having their tax dollars used to subsidize these private activities.

We are teaming up with lawsuits in Syracuse, New York and Albany, New York to tackle this problem in the county, school, and state levels. Our suit will name up to a dozen different collective bargaining units. Your donation will help us meet the significant filing fees, document preparation, potential depositions, and legal research.

Plaintiffs in Arizona almost won last year with a similar suit. Unfortunately, the Arizona Supreme Court in a split decision overturned taxpayer victories in the appellate division. We think we have an excellent shot at winning our suit and leading the way for similar suits to follow. Your donation to our cause will help exponentially in starting a chain reaction throughout the USA.