Why was Charlie Nokes allowed to die in prison?

Why was Charlie Nokes allowed to die in prison?

Rachel Hammerton
Case Owner
We are raising funds to pay for a legal team to represent us at my sister's inquest hearing in June 2019. Charlotte passed away in HMP Peterborough on 23rd July 2016 whilst serving a 15 month IPP sent
3
days to go
£7,073
pledged of £10,000 stretch target from 289 pledges
Pledge now

Rachel Hammerton
Case Owner
We are raising funds to pay for a legal team to represent us at my sister's inquest hearing in June 2019. Charlotte passed away in HMP Peterborough on 23rd July 2016 whilst serving a 15 month IPP sent
Pledge now

Update from the family

We, Charlie’s family, wanted to say a huge thank you to you for your generosity. We wouldn’t even be a fraction of the way nearer the truth without it. Your pledge means that we have t…

We are the family of Charlotte 'Charlie' Nokes who tragically died in prison aged only 38 in July 2016.

We are appealing for financial support to help fund our legal team to get answers to our many questions as to why and how Charlie met her untimely death. Please contribute now and share this page with your friends, family and on social media.

Charlie was handed an indeterminate sentence for public protection - known as an IPP sentence - in January 2008. Charlie was to serve a minimum term of 15 months and released when the parole board assessed she was not a risk.  However, at the time of her death she had served 6 ½ years over her tariff.

IPP sentences have attracted a huge amount of controversy since they were introduced by the then Home Secretary, David Blunkett in 2003.  In 2007, the High Court ruled that they amounted to a ‘general and systemic legal failure ‘and in 2012 Parliament voted to abolish them.  However, this did not help those incredibly vulnerable prisoners like Charlie who were already subject to these indefinite sentences.

Charlie suffered from significant mental illness and was being treated in prison with four different types of anti-psychotic medication.  She was on suicide watch.  Due to her mental health vulnerabilities which made her unstable, her applications for parole were rejected which made her feel trapped in limbo, with no hope of release in the near future. However 18 months before her death, the parole board recommended a move to a psychiatric secure unit which gave Charlie hope.

We want answers as to how this could be allowed to happen. The upcoming inquest into Charlie's death gives us this opportunity but we need support with funding our legal costs. Please contribute whatever you can and most importantly share this page with friends and family and on social media.

On her 30th birthday, 27 October 2007, Charlie had arranged to celebrate with our mum. Instead she was arrested and later convicted of street robbery, in January 2008.

Charlie was handed an indeterminate sentence for public protection - known as an IPP sentence. It carried a minimum of 15 months and her freedom would depend on passing parole reviews.

When Charlie died, she had been in prison for eight and a half years.

The IPP sentence she'd been handed by the judge gave her no hope - she struggled to cope and would grow more volatile with each rejection of her parole. Charlie would self-harm and attempt to kill herself, she was on an ACCT care plan during most of her time in prison.

The one thing which Charlie found rewarding in prison was painting. She was a fantastic artist. She was allowed to paint murals all around Peterborough prison and would take commissions from the other women, decorating their cells for them and making birthday cards for their children. 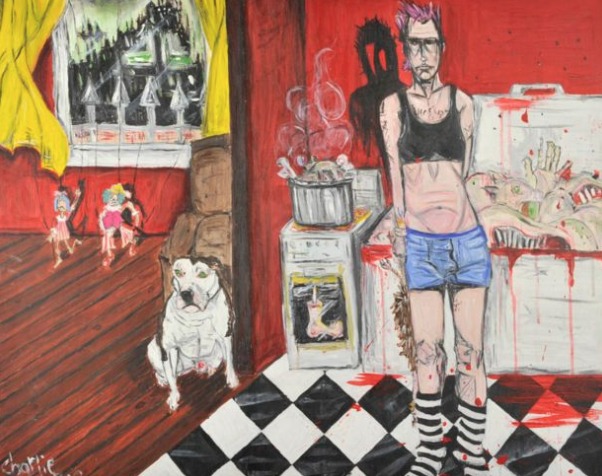 Charlie got support from criminal justice charities such as Women in Prison and the Michael Varah Memorial foundation and her work was exhibited by the Koestler Trust.

She had even been offered a scholarship to the esteemed Central St Martins art school on her release.

This campaign is supported by the INQUEST, the only charity providing expertise on state-related deaths and their investigation to bereaved people, lawyers and supporting the media and parliamentarians. Charlie's artwork was used in the INQUEST report Still Dying on the Inside. 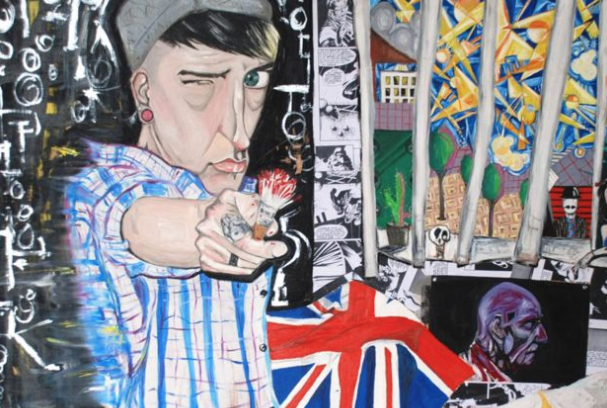 Charlie was due to be sent to a Secure Psychiatric unit, as a result of her last parole hearing in January 2015. She was very much looking forward to this as it would have meant her being closer to family and friends, and in her opinion she would receive the correct care for her Mental Illnesses. Unfortunately, Charlie died of unexplained causes before this was actioned. She was only 38 years old!

We, as Charlie's family, believe there are lots of questions to be answered at the upcoming inquest such as:

Initially, we need to raise £3,000 to cover our legal costs in preparing for the inquest, but will then go on to raise a further £7,000 to ensure we can get justice for Charlie. All funds are transferred directly to our legal team at the renowned law firm Birnberg Peirce.

Update from the family

We, Charlie’s family, wanted to say a huge thank you to you for your generosity. We wouldn’t even be a fraction of the way nearer the truth without it. Your pledge means that we have the resources to fight and ask questions, and hopefully get the answers. It gives us the ability to lean on a Fantastic legal Team, who are able to ease us through this ordeal and guide us. It gives us the strength to keep on fighting for some kind of justice. Knowing how many people have pledged and believes what we do is humbling and empowering.

Thank you from the bottom of our hearts.