Help stop Sadiq's tax on the poor and #DriveOutDiscrimination at TfL

Help stop Sadiq's tax on the poor and #DriveOutDiscrimination at TfL

We are  launching legal action to stop the Mayor's congestion charge tax on the poor and #DriveOutDiscrimination at Transport for London.

There are 107,000 Londoners licensed as private hire drivers by Transport for London but, unfortunately, many of us are earning less than minimum wage and are forced to work more than 70 hours hours per week just to get by.

Things have gotten worse in recent years as TfL doubled the number of private hire licenses over the past few years to fuel the growth of exploitative operators like Uber and Addison Lee. Two years ago Frank Field MP, Chair of the Work and Pensions Committee, identified in a groundbreaking report that minicab drivers in London were suffering sweatshop conditions. He called on the Mayor of London and TfL to act but they failed to do so.

We keep this city moving and for years, like black cab taxis, we have been exempt from paying the congestion charge as we already pay a license fee. But now the Mayor of London Sadiq Khan has announced he intends to force minicab drivers to pay the congestion charge. This will cost each of us £230 per month - a 25% cut to our take home pay. Under law, minicab drivers are not allowed to pass this cost on to their customers, and operators like Uber are refusing to cover the extra cost themselves. 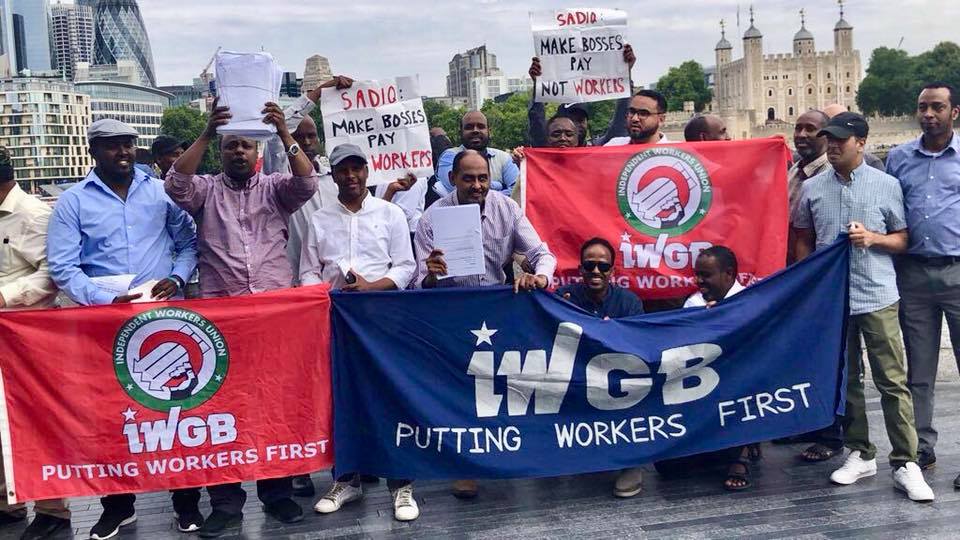 Despite the fact that private hire vehicles have to go through the same background and vehicle checks and the same licensing requirements, the black cab trade, which is 88% white, will remain exempt from paying the charge, even though the taxi fleet is older and more polluting than the minicab fleet, while the 94% BAME, low-income private hire drivers in this city will be driven further into poverty.

Shockingly, despite the Mayor’s claims to the public, the congestion charge won't even work: Transport for London's own impact analysis produced for the Mayor shows the policy will only reduce congestion by 1%. It is clear this is not really about congestion.

Private hire drivers are being unfairly targeted with a regressive tax to fix the holes in the Mayor's budget for Transport for London. This is discriminatory, unjust and totally illegal.

A Pattern of Discrimination at Transport for London: 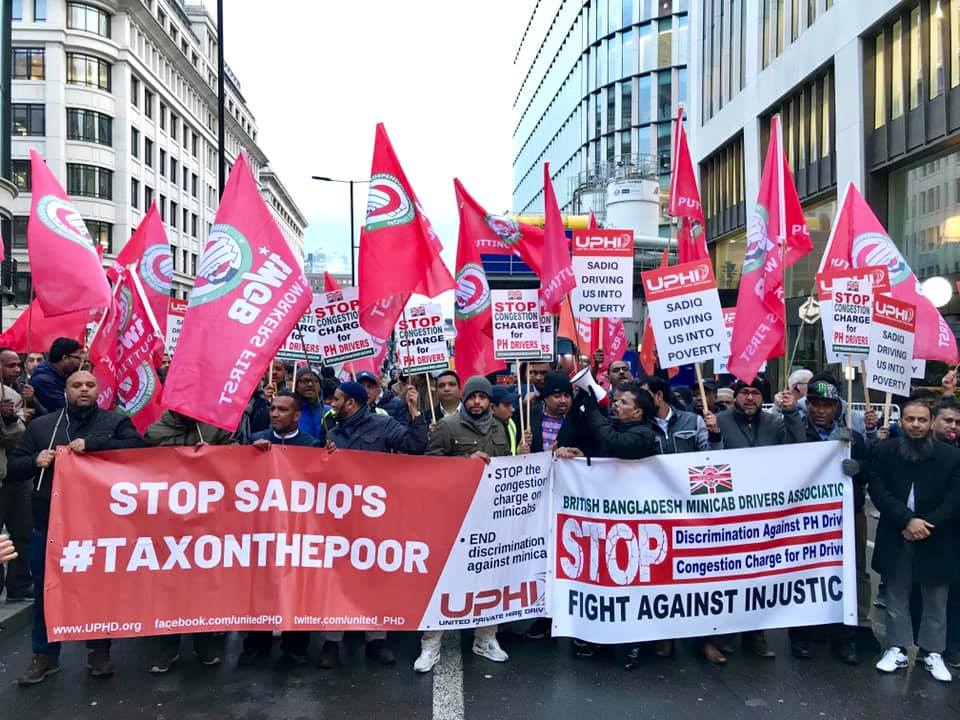 The United Private Hire Drivers branch of the Independent Workers Union of Great Britain have campaigned against the decision to remove the congestion charge exemption for minicabs since it was initially proposed last summer but we have had no meaningful response from the Mayor or Transport for London, despite us proposing viable alternatives. Since January drivers have been out on the streets in our thousands every Monday for 8 weeks protesting the congestion charge plan. Yet again we have been ignored.

Now we need your support to launch a legal challenge against the Mayor's congestion charge decision so that we can stop this tax on the poor and drive out discrimination against private hire drivers.

The IWGB are petitioning for a Judicial Review in the High Court of the Mayor's congestion charge decision on grounds of discrimination under the Equality Act 2010 and the European Convention on Human Rights.

With this money we have a good chance to beat this unfair congestion charge and to finally #DriveOutDiscrimination at Transport for London. Please contribute to the legal fund and share this page now.

We will petition for a Judicial Review of the Mayor’s congestion charge decision in the High Court on grounds of discrimination under the Equality Act 2010 and the European Convention of Human Rights, on the basis that minicab drivers are overwhelmingly BAME, while majority white black cab trade has remained exempt.

We have sent Sadiq Khan a pre-action protocol letter outlining the case today. You can find a copy of this on our website. The Mayor has until March 6 to respond. Unless he scraps the congestion charge we will apply for a Judicial Review of his congestion charge decision in the High Court.

Our legal team is led by the eminent lawyer Ben Collins QC. Ben Collins has directory recognition as a leading Queen’s Counsel (QC) lawyer in four fields of practice: employment, professional discipline, clinical negligence and personal injury. He has huge experience in employment and discrimination claims (including regulatory, discrimination and mixed employment claims) and has led successful high-profile claims against the Ministry of Justice and Central Arbitration Committee.

Also on the team are Nadia Motraghi and Tara O’Halloran. Nadia Motraghi was called to the bar in 2004 and is a leading junior specialising in employment, regulatory (professional discipline and public procurement) and public law.

If there are any unused funds left over from the Drive Out Discrimination crowdfunder, they will go to the IWGB Legal Department to fund further legal challenges against exploitative employers and regulators and continue the fight for worker rights.