Hold local authorities to account for inaction that closed our clinic!

Hold local authorities to account for inaction that closed our clinic!

Lesley Herd
Case Owner
I am an experienced Veterinary Surgeon and have a further qualification in Canine Rehabilitation My vision was to run a 24 hour emergency clinic and rehabilitation centre to help sick and injured pets
Funded
on 19th May 2019
£3,610
pledged of £5,000 stretch target from 67 pledges

Help us hold Glasgow City Council and Scottish Environmental Protection Agency (SEPA) responsible for their inaction on the burning of toxic waste and damage caused to both my popular veterinary practice and the environment.

My name is Dr Lesley Herd and I am a Veterinary Surgeon with 30 years experience in small animal practice . I graduated from Glasgow University Veterinary School in 1987. Having worked for thirteen years in the Midlands both for PDSA and RSPCA and also in private practice, I returned home to Scotland in 2000.

I initially worked for DEFRA during the foot and mouth outbreak for 2 years and then the SSPCA. I gained a postgraduate qualification specialising in canine rehabilitation from the University of Tennessee. I was the first Veterinary Surgeon in Scotland and only one of a handful of vets in the UK to hold this qualification.

My vision was to open a veterinary clinic in Glasgow which encompassed both emergency veterinary work to utilise my surgical experience, as well as a  rehabilitation clinic. I wanted  to improve the quality of life of pets post-surgery, or those who has been injured, or were older and arthritic.

My veterinary clinic opened in December 2004

In 2006 a car repair business appeared in the yard at the back of my building. At this stage there was still an open canopy present over the area which was classed as common ground.

The garage began repairing cars under this open canopy and were persistently running car engines in this area which resulted in exhaust fumes entering into my building.

I complained to both my landlord and to Glasgow City Council. Nothing was done to check compliance with health and safety law and environmental law and there was no protection for myself, my staff or the animals under my care.

I had to send staff home due to effects of inhalation of fumes. Unbeknownst to me,  toxic fluids and hydrocarbons were being disposed of through the site drainage and would  end up in the river Clyde.

This car repair business then disappeared and a car wash business appeared in the yard in 2009. The garage reappeared in 2011 in the yard. and continued with disposal of toxic material and burning of restricted materials.

The impact of this on our practice- why we need your help:

My hydrotherapy pool was sunk into the ground by 600mm. Oil flowed into my pool and equipment thus contaminating the area and writing off the equipment.

This meant that dogs that were undergoing rehabilitation treatment for injuries, could no longer have the treatment they needed to improve their conditions. The rehabilitation part of the clinic was now completely closed and contaminated. 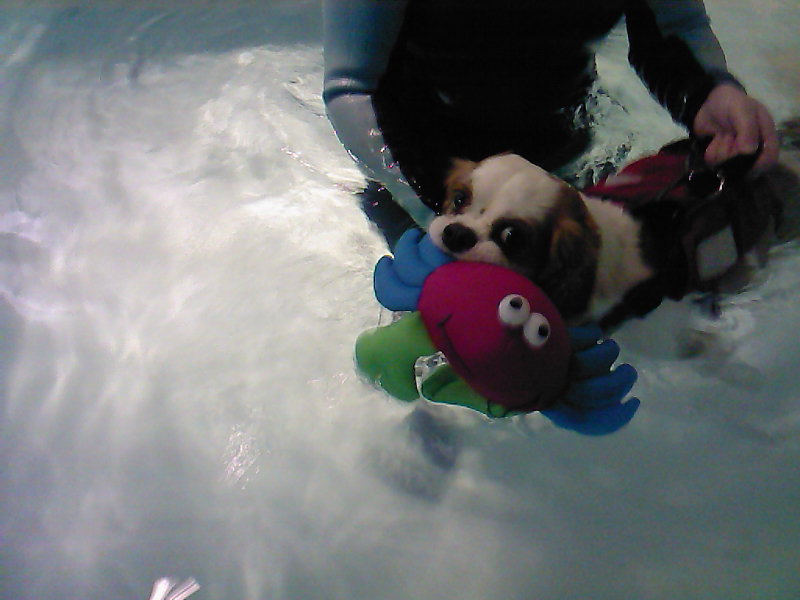 At this point, we believe the building should have been closed by Glasgow City Council due to the health risks from the car repair business.

On 28th October 2014, I arrived at work to start a nightshift in the emergency clinic. When I opened the door to the main clinic the smoke was so thick I could hardly see and was coughing.

Two fire engines, police and paramedics attended and the paramedics stated I could have been overcome with the smoke with potentially fatal consequences.

The fire was found to have been a controlled waste fire in an oil drum within the car repair area which was padlocked to the rear of my building. The fire brigade had to break into this area to deal with the fire.

There was no fire alarm from the garage area, which is required by law.
My entire business was completely shut down.

The car repair business continued to burn contaminated waste and defy SEPA. At this time unbeknown to me, SEPA had visited this garage in March 2014 and issued a warning letter.

This was never followed up by SEPA.

Two days after the closure of my business SEPA again visited the car repair business and caught them again burning controlled waste. SEPA issued a final warning letter but no further action was taken by either them, or Glasgow City Council.

Why I need your help.

I  built my business from nothing over a ten year period and brought my experience as a Veterinary Surgeon and Canine Rehabilitation Practitioner to Glasgow and I received absolutely no help whatsoever. Please bear in mind I was a single mother with a five year old child .

I was trying to use my skills and experience to help sick and injured animals in the city of Glasgow.

I thought Glasgow City Council and SEPA would protect my health and wellbeing and my business.

I'm raising funds in order to instruct my solicitor so that legal action can  be taken against Glasgow City Council and the Scottish Environmental Protection Agency for their failure to take any action in this case and the irreparable damage done to the environment.

I need your help to fight this, so that together we can stop this ever happening again to anyone else. Please take the time to share this page with your friends and families.