by BRITISH CITIZENS IN FRANCE

BRITISH CITIZENS IN FRANCE
Case Owner
Before the deadline of Brexit, a lawyer, Julien Fouchet, SCP Cornille-Pouyanne-Fouchet, is going to try to defend the acquired rights of European citizenship.
9
days to go
8,355€
pledged of 24,000€ stretch target from 193 pledges
Pledge now

BRITISH CITIZENS IN FRANCE
Case Owner
Before the deadline of Brexit, a lawyer, Julien Fouchet, SCP Cornille-Pouyanne-Fouchet, is going to try to defend the acquired rights of European citizenship.
Pledge now

Challenge to save our EU citizenship rights.

So many of you responded to our request dated February 12th to challenge the ordonnance 2019-76 of 6th February (a law passed by an order of the Government) directly before the Conseil d’Etat, the highest French Administrative Court.

As some of you are already aware, I am already managing a case against Brexit before the European Union Court of Justice ; this is the only ongoing case seeking to have Brexit annulled by the EU judges, ( Harry Shindler case https://www.crowdjustice.com/case/action-for-expat-votes/ )

If the ordonnance aims to preserve minimum standards of rights for UK citizens in case of No Deal Brexit, it is very worrying in a number of regards.

Lastly and most importantly, the text confirms the removal of your European Citizenship.

Even if the European texts require Nationality of a member state to be a European Citizen, there are no texts, even Article 50 of EU Treaty ; no Court Law, (even Case law Rottmann), which provide for removal of EU citizenship.

It is for these reasons that I must challenge this text before the Supreme Administrative French Court (Conseil d’Etat) and ask for its annulment and urgent suspension. I'm then hope to  request an opinion from the European Court of Justice as to interpretation of EU Law (is an acquired right to EU citizenship recognised ?)

The aim is to preserve the greatest possible quantity of rights deriving from EU citizenship and, if possible, to have the acquired right to EU citizenship recognised.

Time is not on our side. Please donate and share this campaign widely.

Chances of success are small as the Conseil d’Etat may decide that the ordonnance is legal, maintains rights, and that there is no reason to refer the matter to the ECJ.

I am taking this case pro-bono; none of the litigants are paying fees, this appeal is our only method for raising funds. We are initially raising €6,000 to take this case to the Supreme Court (Conseil d’Etat).

"Every citizen of the Union has the right to vote and to stand as a candidate at municipal elections in the Member State in which he or she resides under the same conditions as nationals of that State. "

Or 800 persons will deprive to continue to stand of the municipal team. 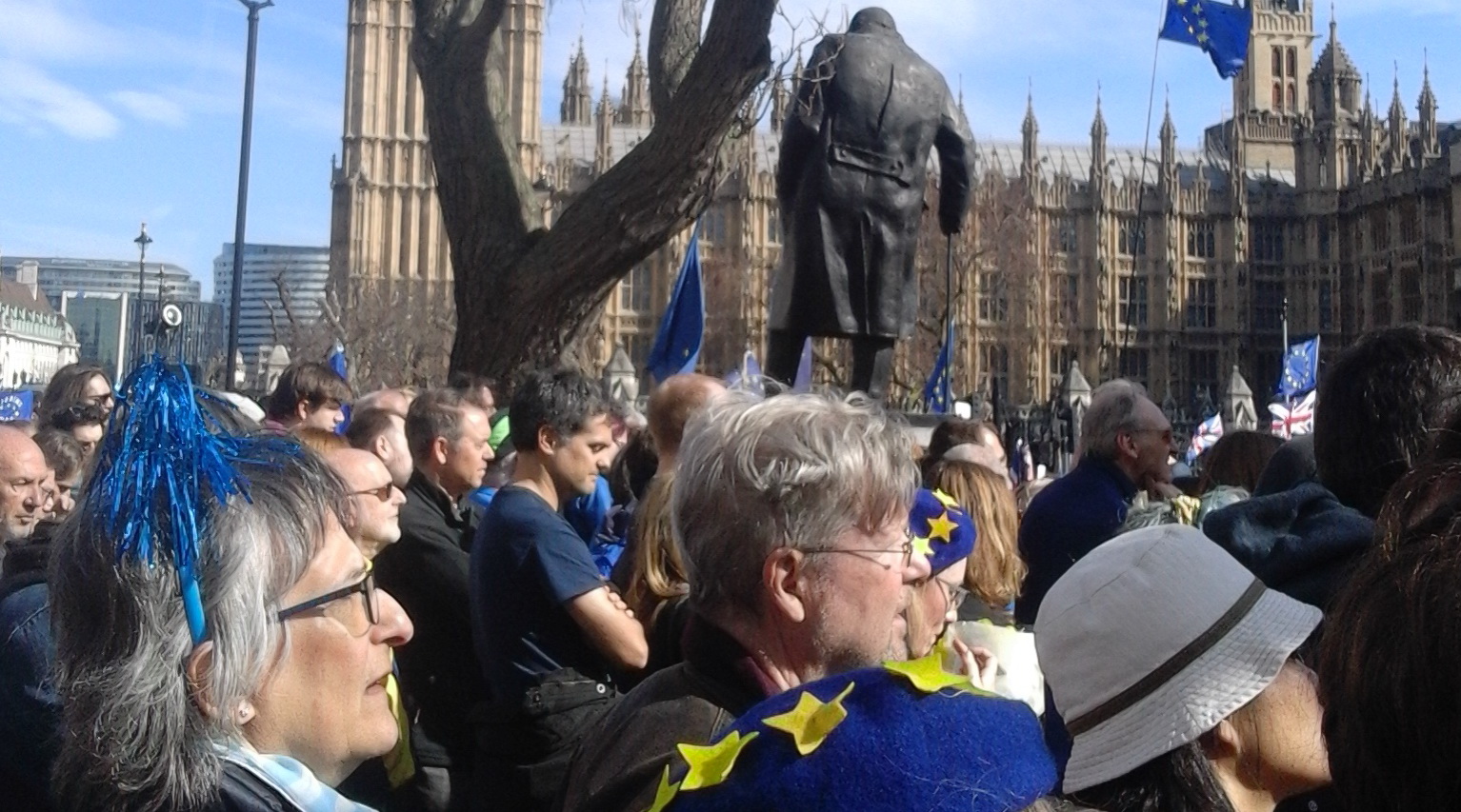 Emergency procedure before the europeans judges to protect the European Citizens

I am counting on you to help me to pursue all possible and credible actions, mainly before European judges. Urgent legal action will be taken to this end as a matter of European solidarity.

Before 31 October 2019, I am the only one who can bring an urgent action and obtain an hearing before the European judge because I have filed prior appeals for this purpose and I need you to go through with it.

European citizenship is our common heritage, the most important good after the peace that Europe has given us, do not let anyone trample on it

right of vote - Hearing July 8th before the Conseil d'Etat

We will defend the European Citizenship and the right of vote of british for the European Election in France.

15 year rule = deprivation of vote for the european Elections too and the question of the 5 "ghostdeputies" in France dependant of the Brexit.

The european deputies have a role to play concerning the Brexit's ratification.

right of vote - Hearing 13th May before the Conseil d'Etat

We will defend the European Citizenship and the right of vote of british for the European Election in France.

To be registered after the brexit's delay decision of the 11 April and before the European Election ; for a derogation article L30 Electoral code with the article 50 TEU.

Don't touch my European Citizenship and the rights of it !

French barrister Julien Fouchet had applied to administrative court the Conseil d’Etat for a fast-tracked ruling on behalf of ten Britons living in France, challenging the legality of the French no-deal ordonnance which was published in February.

He had applied the same thing for the decree of 2th april 2019.

He said it assumed Britons to have become non-EU citizens after Brexit, which Mr Fouchet disagrees with.

Mr Fouchet had hoped the Conseil would refer the matter urgently for clarification from the European Court of Justice (ECJ), so it could be settled before the original Brexit day of March 29.

However the court has replied saying that it does not find any urgency due to rules in the French government’s ordonnance, clarified in a decree last week, :

-British people could live legally in France for a year with no residency documents after a no-deal Brexit. 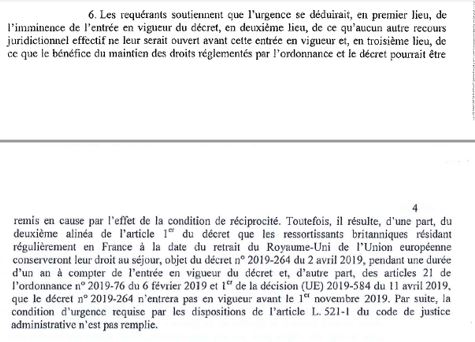 But the others actions ("recours en annulation") with no emergency continue against the ordonnance and the decree.

the fight for the European Citizenship forever goes on !