Ruth Lane
Case Owner
My name is Ruth Lane and I am 58 years old and I am sadly recently widowed. We have a son Jordon who is 24 and the image of his dad .We love and miss Don so very much and we feel so lost without him
14
days to go
£2,575
pledged of £10,000 stretch target from 123 pledges
Pledge now

Ruth Lane
Case Owner
My name is Ruth Lane and I am 58 years old and I am sadly recently widowed. We have a son Jordon who is 24 and the image of his dad .We love and miss Don so very much and we feel so lost without him
Pledge now

My name is Ruth, my husband, Don Lane, died in January this year. Don was an insulin dependent diabetic.

We believe that because his employer rigidly enforced working patterns, and backed this up with financial penalties, Don struggled to attend vital medical appointments and died as a result.

I need your help to get justice for Don and all of those people that work in the gig economy under enormous pressure and threat of penalties. Please contribute now and share this page so I can fund a legal challenge against his employer.

Don worked as a delivery driver for DPD, who claim he was self-employed. DPD have said that because of this, Don was not entitled to basic workers’ rights including the right to paid holiday and protection from disability discrimination.

In July 2017 Don was fined £150 because he was unable to work when he was attending a hospital appointment. After this, Don did not take time of work to attend hospital and cancelled appointments as he was afraid that he would be fined again.

I have instructed solicitors to bring a claim arguing that Don was not genuinely self-employed and that, because of the way he worked, in reality, he was employed by DPD.

Like many in the gig economy Don suffered the threat of penalty from his employer with no rights to fall back on.

I am bringing a claim on Don’s behalf that his diabetes was a disability and that DPD had a duty to make reasonable adjustments for this, such as allowing him to attend hospital appointments without sanction.

I am also claiming that Don had the right to paid holiday, to be paid the national minimum wage and that DPD could not take money from Don’s wages, like the £150 fine, without his permission.

Surely these are the basic rights of people working in a Britain in the 21st century?

How much am I raising and why?

I am crowdfunding to cover my legal fees. These are very hard to predict, so initially I will be raising £10,000 to get things started but I need to ultimately raise £35000.

I thank you for any support that you can give. Even if you can't afford to give anything please share this page on social media and with your friends and colleagues.

“Sorry We Missed You “ film coming out November 1st 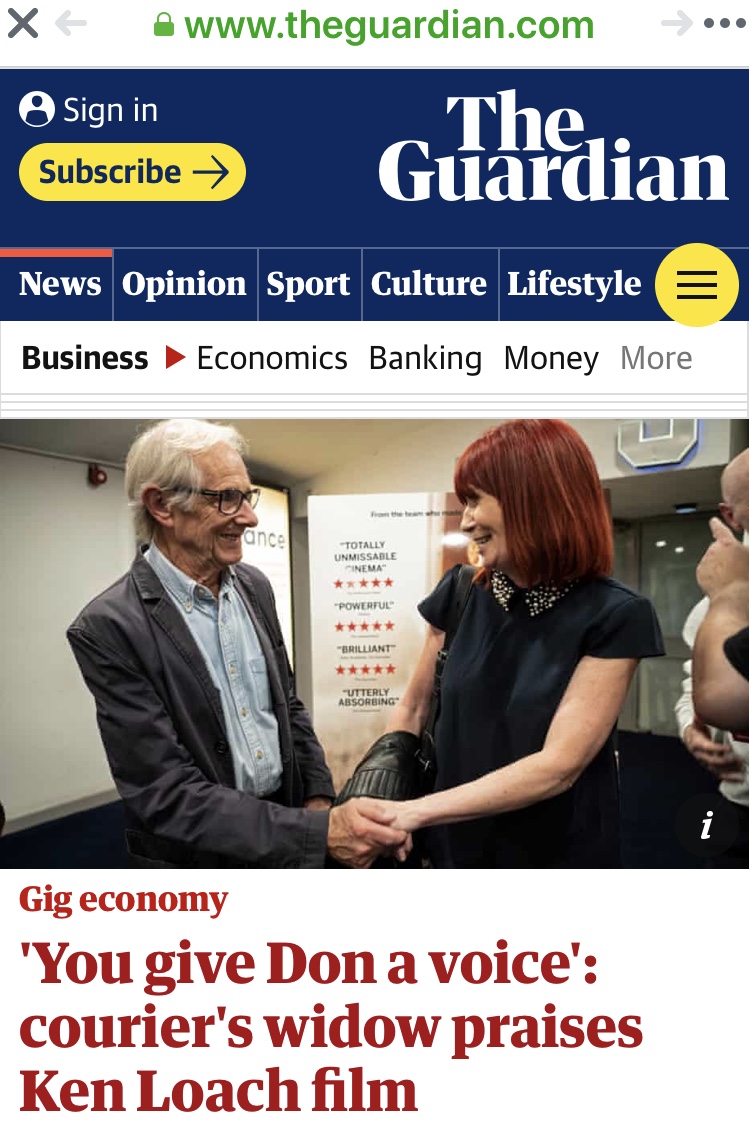 We need your help more than ever now !...

So much support from the media

The message is getting out there !!

So much support...But I need help still !

I’m just updating you all.

My previous court date in Bristol was transferred to Cardiff and I am still waiting for a new date .

It is currently stayed whilst all the evidence from myself and now 76 DPD Couriers..who like myself have just had enough.

Here is the latest newspaper article in the Scottish Daily Record

Please can you help me so that I can get a really good barrister who specialises in employment law.

From the bottom of my heart....thank you

The Preliminary court hearing in next month !!!!...I still need all your help !

To everyone who has been so supportive and donated....Thank you from the bottom of my heart ❣

Please help me..and get Don the justice he deserved 😪 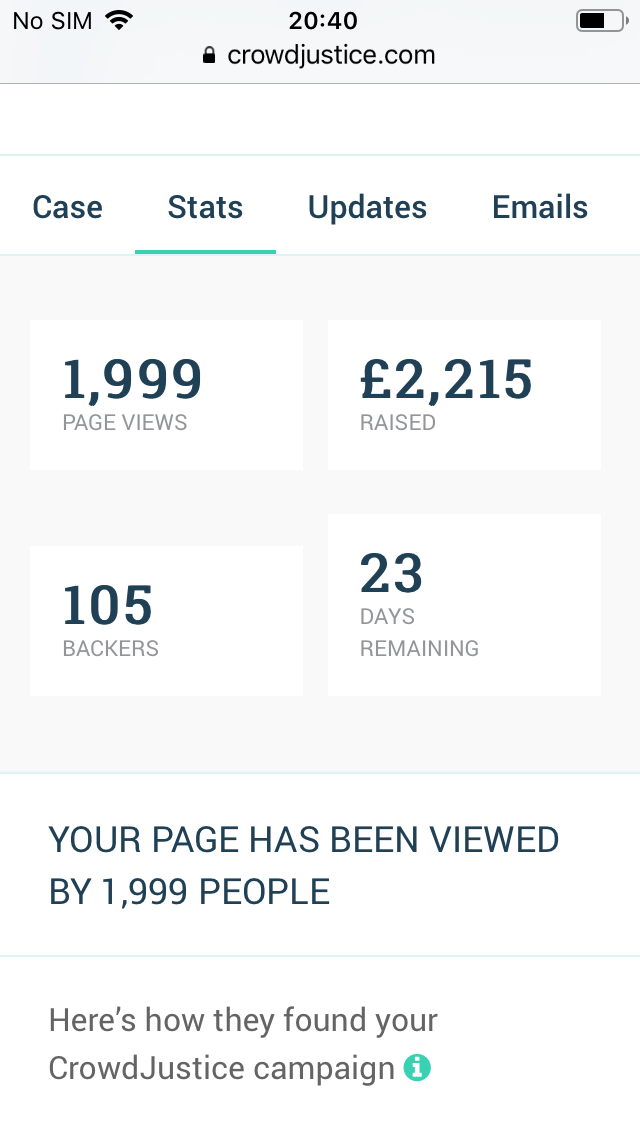 I’m getting the  views...but they don’t realise that if they’d all just donated £1 ...I’d have nearly reached  my target 🎯