by Daze Aghaji and Peter Garforth

We have now issued our claim against the Government regarding its failure to adopt appropriate proposals and policies which would enable us to meet the UK’s sixth carbon budget. We await the Co…

We are Daze Aghaji and Peter Garforth, two UK citizens who are concerned that the Government has, for too long, failed to put in place policies to combat climate change.

We are not alone in thinking the government has not done enough. For several years, the Government has been told by its own independent climate advisors that it is not meeting its legal obligation to back up its climate commitments with concrete policy plans.  That’s why we’re taking to the courts to ask the government: where is the action to prove your climate leadership?

We are asking that the government fills the policy gap to the decreasing five-yearly “carbon budgets” it has set as the first steps to net zero emissions by 2050, and sets out a convincing blueprint for the rest of the journey. We need your support so that together we can hold the Government to account on this critical issue. 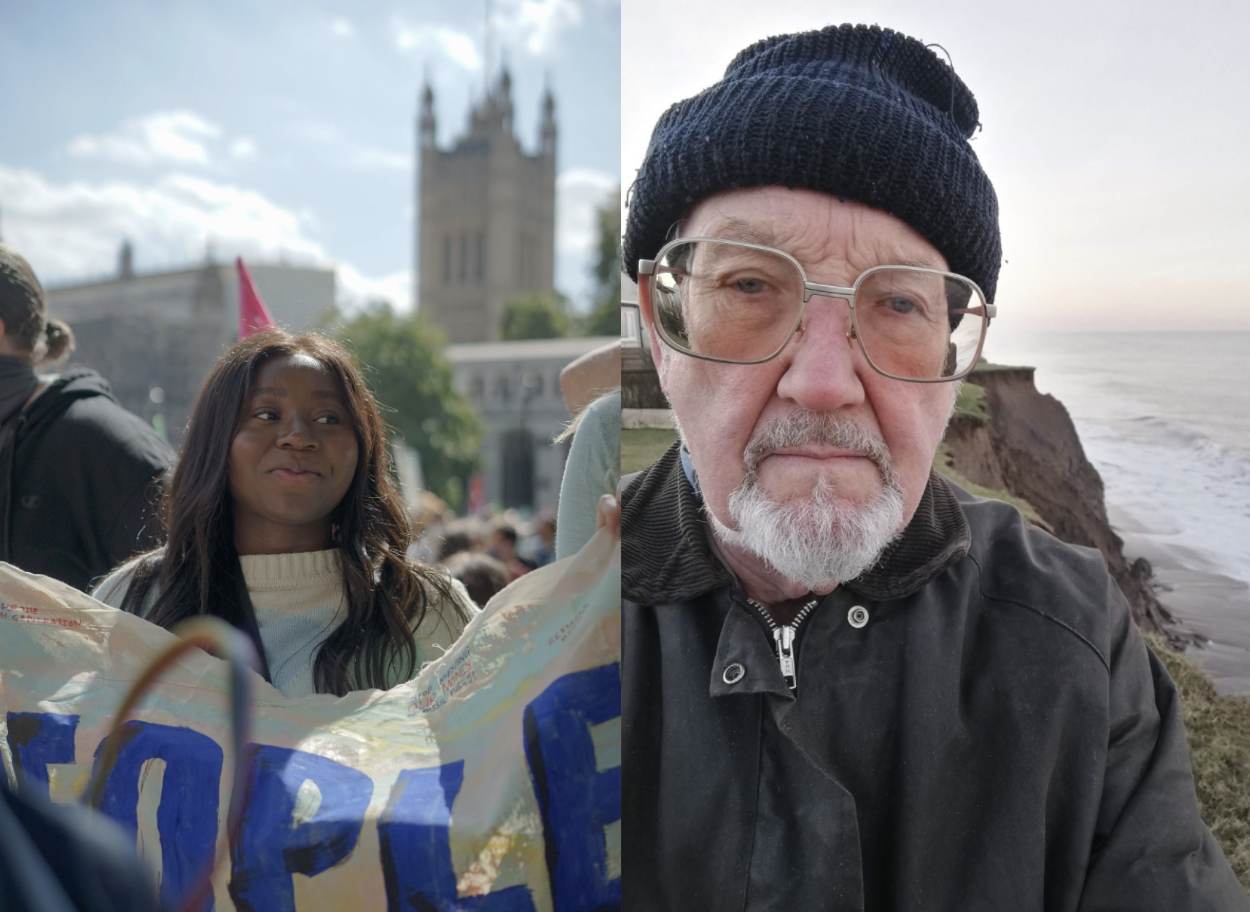 I’m Daze, a 21-year old climate justice activist. I’ve spent most of my adult life advocating for action on the climate and nature crisis, from taking to the streets, to running to be a Member of the European Parliament.

As a young person, my life is a tale of climate breakdown. From the health issues relating to air pollution from fossil fuels that began as a child, to the devastating flooding I experienced near Skegness as a teen before later seeing my family in Nigeria lose their home to the same fate, and now the wider injustices intensified by the crisis, nationally and globally. There must be a point at which we stand up and say, ‘enough is enough’.

I’m Peter, and I live on the fastest eroding coastline in Northern Europe. If you live in Skipsea, it’s impossible to deny the effects of climate breakdown. There used to be 25 houses on my street. Now, thanks to coastal erosion accelerated by our government's inaction, we’ve already lost 9 to the sea, 5 this year. 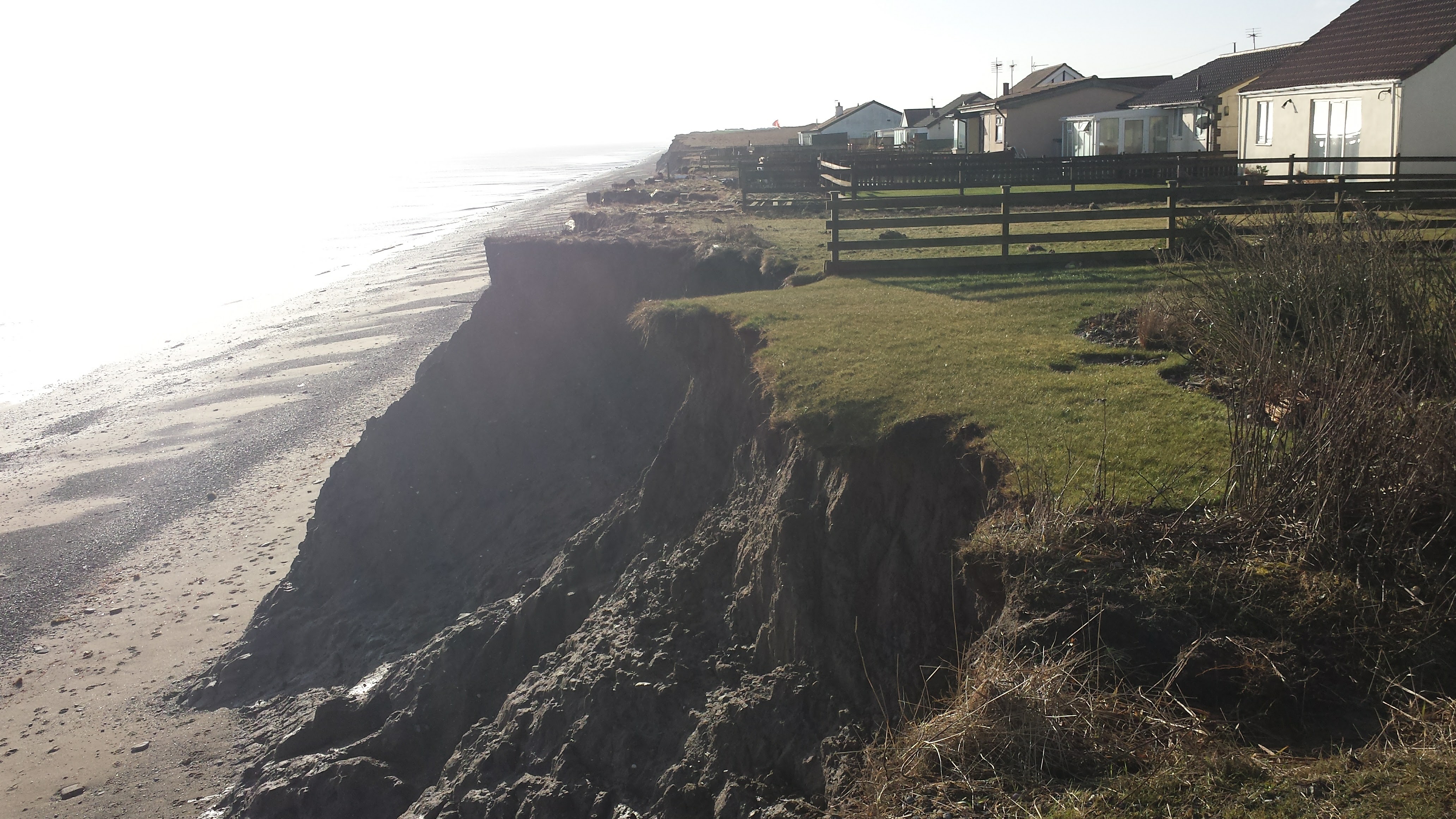 I’ve long been fighting on behalf of my community for the Government to provide sea defences and sea walls, but it continues to turn a blind eye. The Government is putting so little money into helping at-risk communities like mine adapt that councils are forced to choose which ones are protected by sea defences and which ones are not. Worse still, it’s not even meeting its own commitments to reduce the amount of emissions the country is making.

Climate change is a global problem - every country needs to play its part. That’s why Daze and I are taking action.

What action are we looking to bring?

Our case will focus on the Government’s failure to put in place policies which are adequate to meet its so-called “carbon budgets”.  Carbon budgets cap the amount of greenhouse gas emissions in the UK, and reduce every five years to allow the government to meet the globally accepted goal of ‘net zero’ emissions by 2050.

The government is required to put in place policy plans to meet these budgets “as soon as is reasonably practicable”, but an independent body, the Committee on Climate Change, has for multiple years warned that the Government’s proposed plans don’t go far enough. This failure is destabilising the environment we depend on, and threatening the future health, safety and well-being of millions.

What have we done so far?

We have instructed Hausfeld to bring the Government to account, and we are further supported by leading barristers Marc Willers QC from Garden Court Chambers and Estelle Dehon from Cornerstone Barristers.

The Government is due to respond to our second letter by 10 February 2022.  If the Government’s response is inadequate, then we will have no choice but to hold the Government to account by issuing court proceedings.  This will be through the use of a ‘judicial review’, where a judge will review the lawfulness of the Government’s consistent failures and, if appropriate, direct that the Government adopts a Net Zero Strategy which plugs the policy gap.

If we are left with no choice but to issue legal proceedings against the Government, then, according to the “loser pays” principle applied by the English courts, we will be exposed to the Government’s legal costs if the claim is unsuccessful.

If the Government promises to take appropriate action further to our second pre-action letter (meaning it is not necessary for us to file a claim at court) or we are successful in our claim against the Government, then we would be grateful if the donations could instead be allocated to cover the costs of our legal team and other individuals who have helped us along the way, who are all operating at a loss.

All donations are greatly appreciated. Thank you!

We have now issued our claim against the Government regarding its failure to adopt appropriate proposals and policies which would enable us to meet the UK’s sixth carbon budget. We await the Court’s response as to whether our case will be granted permission to proceed. Thank you again for your continued support of our claim!

Thank you so much for your support – it means so much to us.

To update you on the progress of the claim, we received a response from the Government indicating that the Net Zero strategy is going to be published before 31 October – on that basis, we have taken a view that it is best to wait for that and review it before issuing. We will be back in touch once we have had a chance to review it.