We are a local group from Northumberland opposing what would be the largest opencast mine in England right next to Druridge Bay with its beautiful dunes and beaches and many Nature Reserves by the coast.

As well as trying to preserve this beautiful place, the case will make history if we win. Not just locally but on a national and international scale it will show how the UK is committed to reducing greenhouse gas emissions in a serious effort to tackle climate change.

We need your help to contribute towards the legal costs of pursuing the first important stage of the appeal; although we have raised some funds we need a further £5000 for this permission stage.

Last March the then Secretary of State, the Rt.Hon. Sajid Javid MP refused permission to develop a massive opencast coal mine in Druridge Bay, Northumberland.  He did so because of the significant adverse impact that the opencast would have on what he described as the valued landscape and also that the proposal would be inconsistent with policies for meeting the challenge of climate change and would not represent sustainable development.  This decision came after five years of campaigning to stop the proposal.  The opencast mining company then challenged that decision in the High Court complaining of,  among other things, that the 'environmental benefits' of the opencast had not been taken into account. With the help of our supporters we raised funds to be represented at the High Court in October 2018.  We felt that we, Friends of the Earth and the Government all put forward a good case as to why the decision to refuse permission was correct. However the Judge was not satisfied with the Secretary of States decision letter and quashed this and that the application for permission is still to be determined with the Secretary of State looking at the case again.

Our legal team felt the Judge was wrong in his approach and that he decided against the general principles of looking at the overall decision rather than nit-picking.  It appears to us clear what the Secretary of State meant by refusing the opencast.  As a consequence we are advised to apply for permission from the Court of Appeal to challenge the Judge's decision.

Why is this so important?

Without doubt resisting the opencast proposal which is located in an idyllic and beautiful part of Northumberland is extremely important.  It is the very first case ever to be called in on climate change grounds.

Unfortunately Banks Mining Company seem desperate.  It is intent on pursuing this case as far as it can.  You are likely to be aware but CO2 is the greenhouse gas most commonly produced by human activities and is responsible for 64% of man-made global warming and climate change.  It's concentration in the atmosphere is currently 40% higher than it was when industrialisation began.  Extracting and then burning coal, is making matters worse and must stop today.

We need your help to continue our fight to ensure our world is protected from destructive opencast coal mining and to try to limit greenhouse gas emissions for our future generations. Please make a donation to our campaign and share our page on social media and by email with friends, family and anyone who cares about our environment! 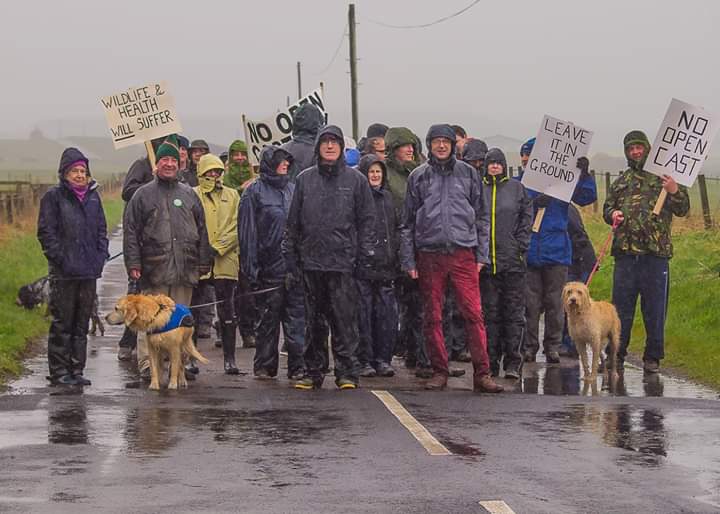